PHONÉ is a collective sound exhibition at MAUL!, the new reality born in and alongside the Castello Contemporaneo of Mola di Bari. This exhibition begins with the idea that words and music have sound in common which, understood as phoné, represents the nucleus from which the various types of language have evolved. Even before we understand spoken words, the tone and rhythm of the sounds we produce represent the main element of communication. 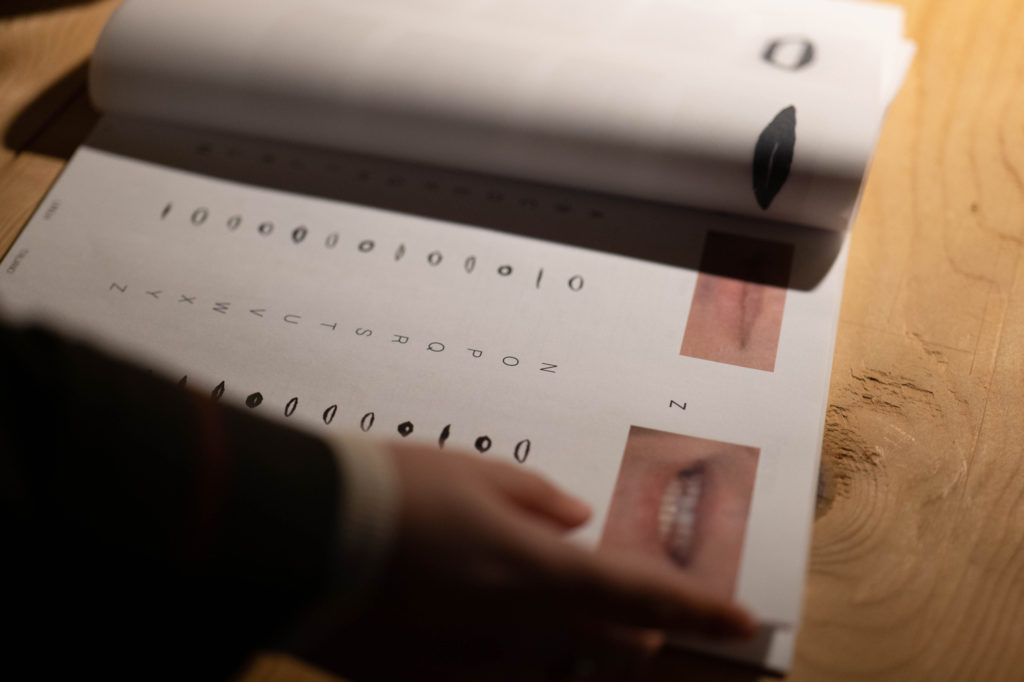 Moving beyond the various linguistic paradigms and limits, it is the voice itself that becomes the protagonist – sound emissions produced by the vocal cords together with technical manipulation provided by amplification systems which are understood as an extension of the body. The phonic instrumentation does not constitute a form of facilitation or prosthesis, but becomes an integral, organic part, used as a compositional and creative element, as interpreted by Carmelo Bene. 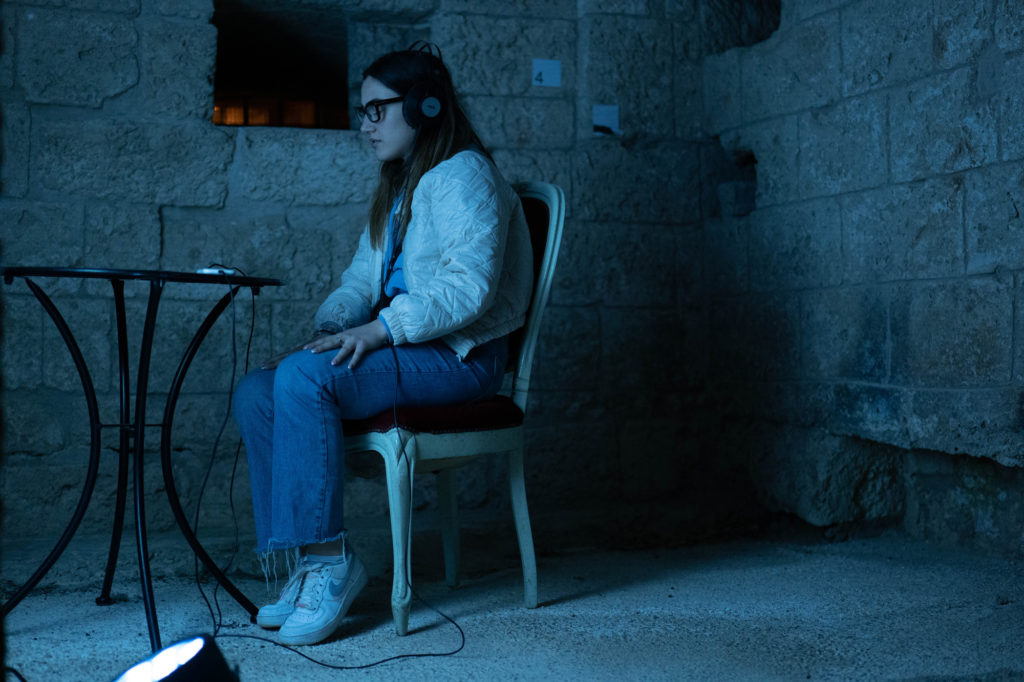 “Phoné therefore not as an end but as a means, a language made up of acoustic signals that, in a similar way to music, live autonomously, disregarding meaning and leaving no trace”, explains curator Fabio Caccuri. “It is a medium that leads to listening, through the places of the unfinished until it is lost in the void, in absence. Phoné, acting simultaneously as voice, sound and noise, that dominates the realm of the said and the uncommunicable.” 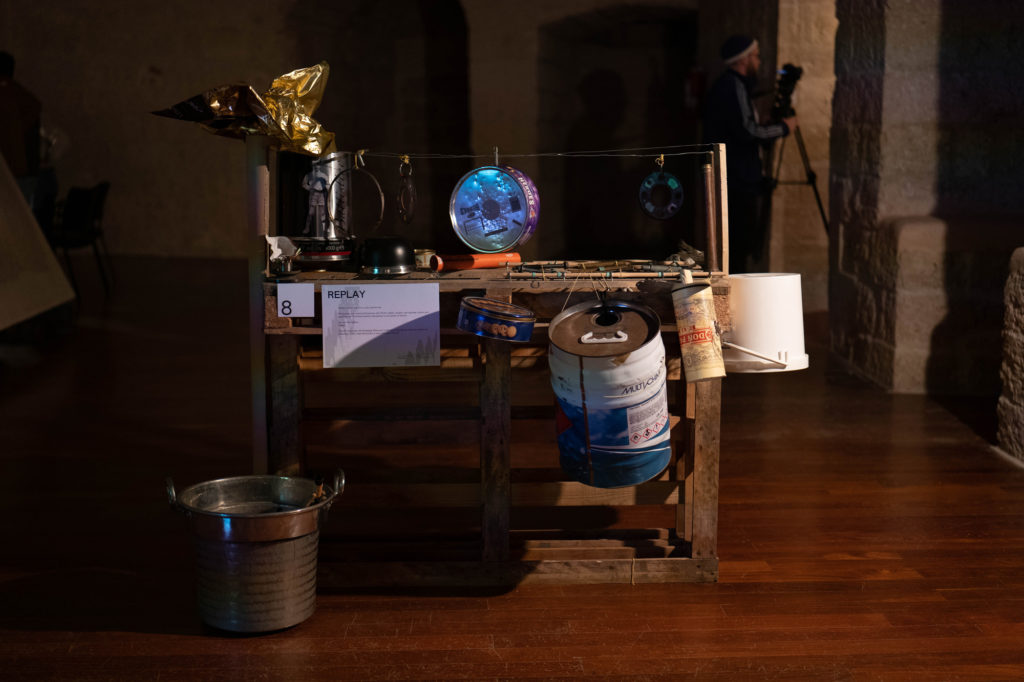 During the group exhibition, MAUL! – the Castello Contemporaneo of Mola di Bari is transformed into a sounding board in which light and sound reshape the architecture, attempting to modify perception of the spaces and stimulating an atypical and diverse fruition each time, thanks to scheduled collateral events – jam sessions, lectures and performances – with the aim of animating the exhibition during the entire opening period. 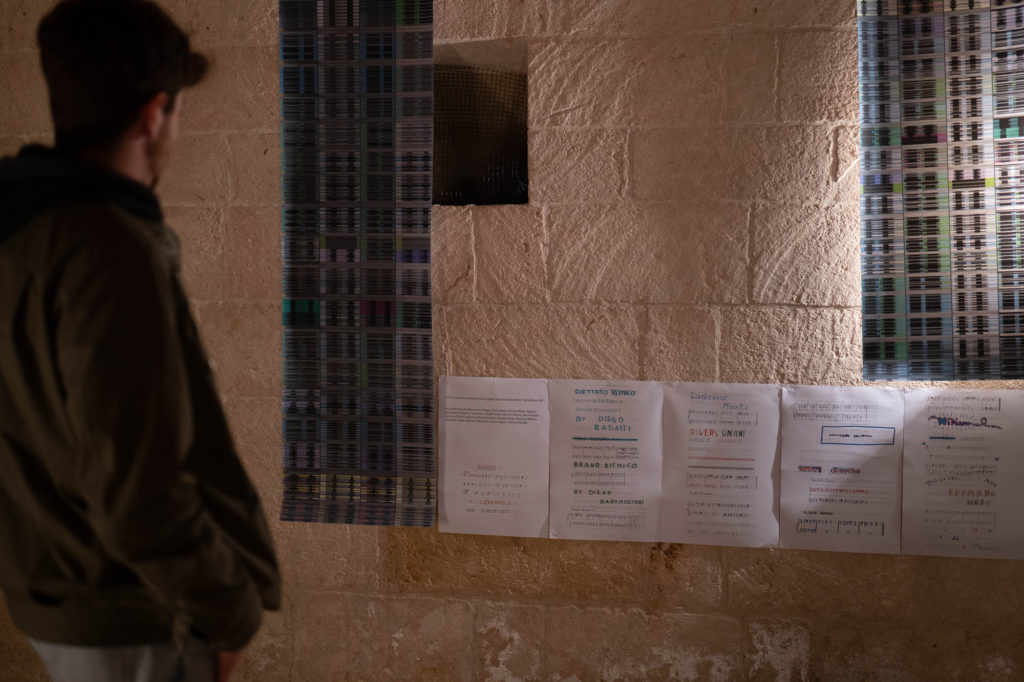 For the last weekend of the exhibition, the program includes:

19-20-22 May: SAGITTAE, workshop led by Marco Caricola dedicated to the composition of electronic music with Ableton Live 11. The aim of the workshop is to provide practical tools to overcome the main obstacles in the writing process of the music industry.

20 May (9 pm): Performance of polyrhythmic and microtonal electronic music by the artist Nonmateria, performed through the ORCA livecoding language. 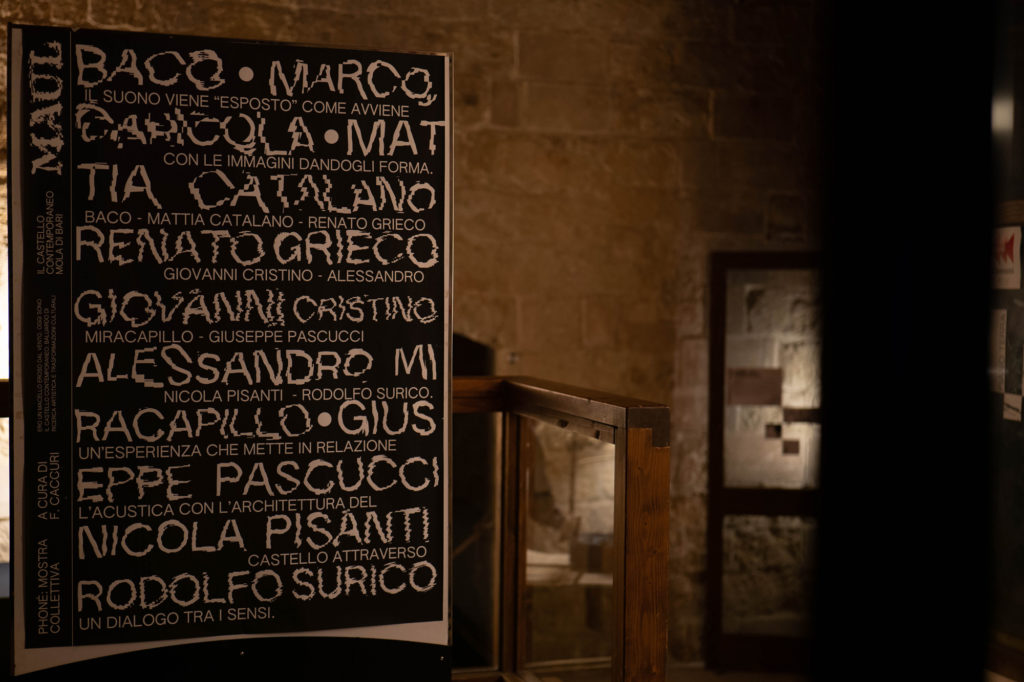 A new experience for visitors who will have the time to cross the spaces of the Castle, merging their own acoustic perception with the visual experience through the works of the artists Baco, Marco Caricola, Mattia Catalano, Giovanni Cristino, Renato Grieco, Alessandro Miracapillo, Giuseppe Pascucci, Nicola Pisanti, Rodolfo Surico.

Officina dell’Arte – APS, winner Luoghi Comuni – an initiative promoted by the Apulia Region Youth Policies and ARTI financed with resources from the 2014-2020 Development and Cohesion Fund and the National Youth Policies Fund.
Project financed under the “Spazi di Prossimità” Notice