Or, the persistence of ancient images in contemporary cinematography

Art history is to be understood “as a wonderful critical film,
with no beginning or end, yet perfectly eschatological.”
Pier Paolo Pasolini

In an exhibition designed as a sequence of images, both of art history and of film editing, objects from the past seem to survive in time and continue to exist in contemporary imagery. A visual assemblage of pictorial works, photographs, reproductions, frames from films, books, and textual references, all of which, as Pasolini wrote, demonstrate “the violence of a resistance”, that of images. 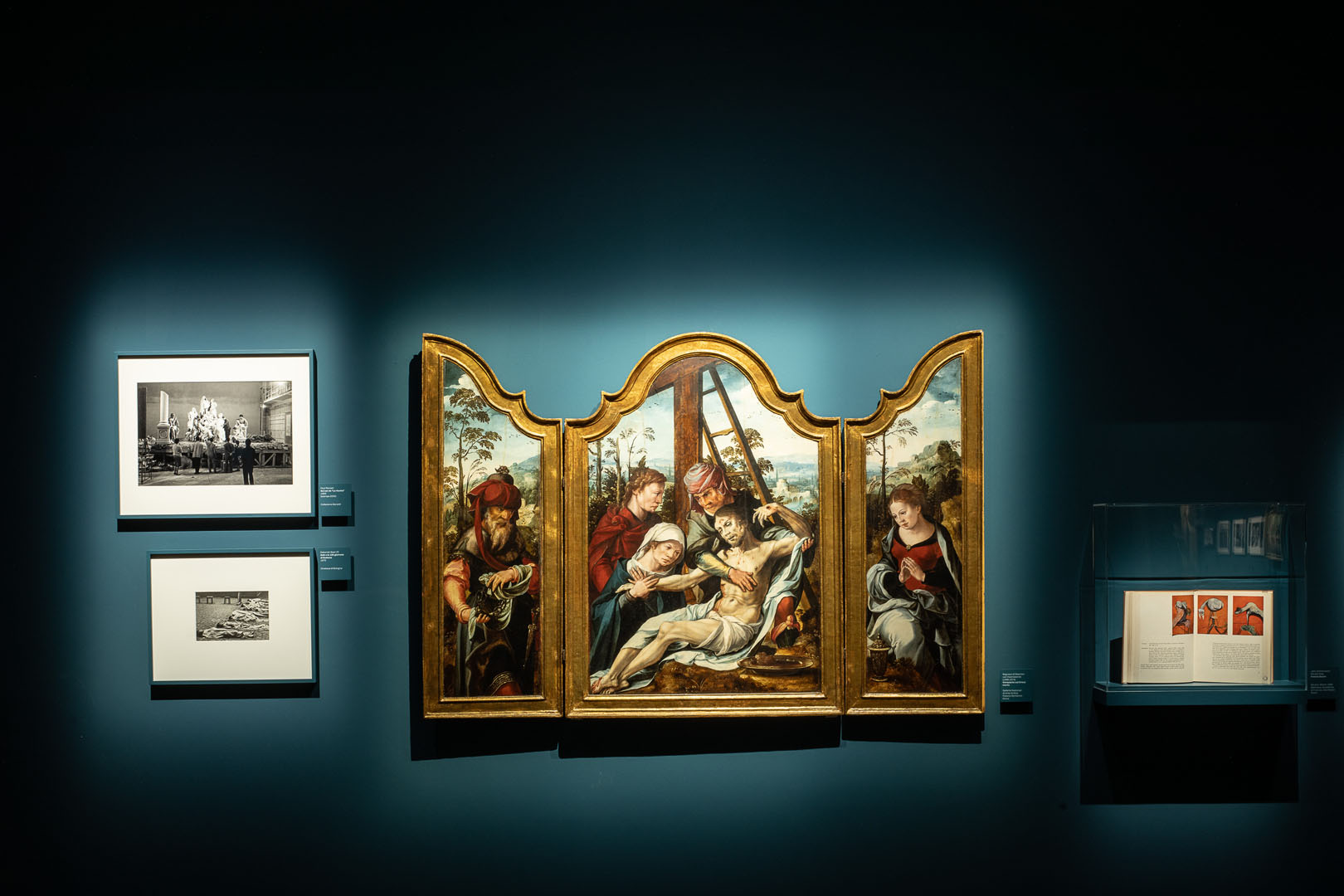 At the National Galleries of Ancient Art, on the occasion marking the centenary of the birth of Pier Paolo Pasolini (Bologna, 5 March 1922 – Rome, 2 November 1975), the exhibition Pier Paolo Pasolini is being held until 12 February. TUTTO È SANTO – Il corpo veggente (EVERYTHING IS HOLY – The Seer Body), curated by Michele di Monte, is an exhibition that is part of the project Pier Paolo Pasolini. TUTTO È SANTO which sees the National Galleries of Ancient Art, the Special Agency Palaexpo in Rome and the MAXXI explore the theme of corporeity according to three autonomous and complementary guidelines. 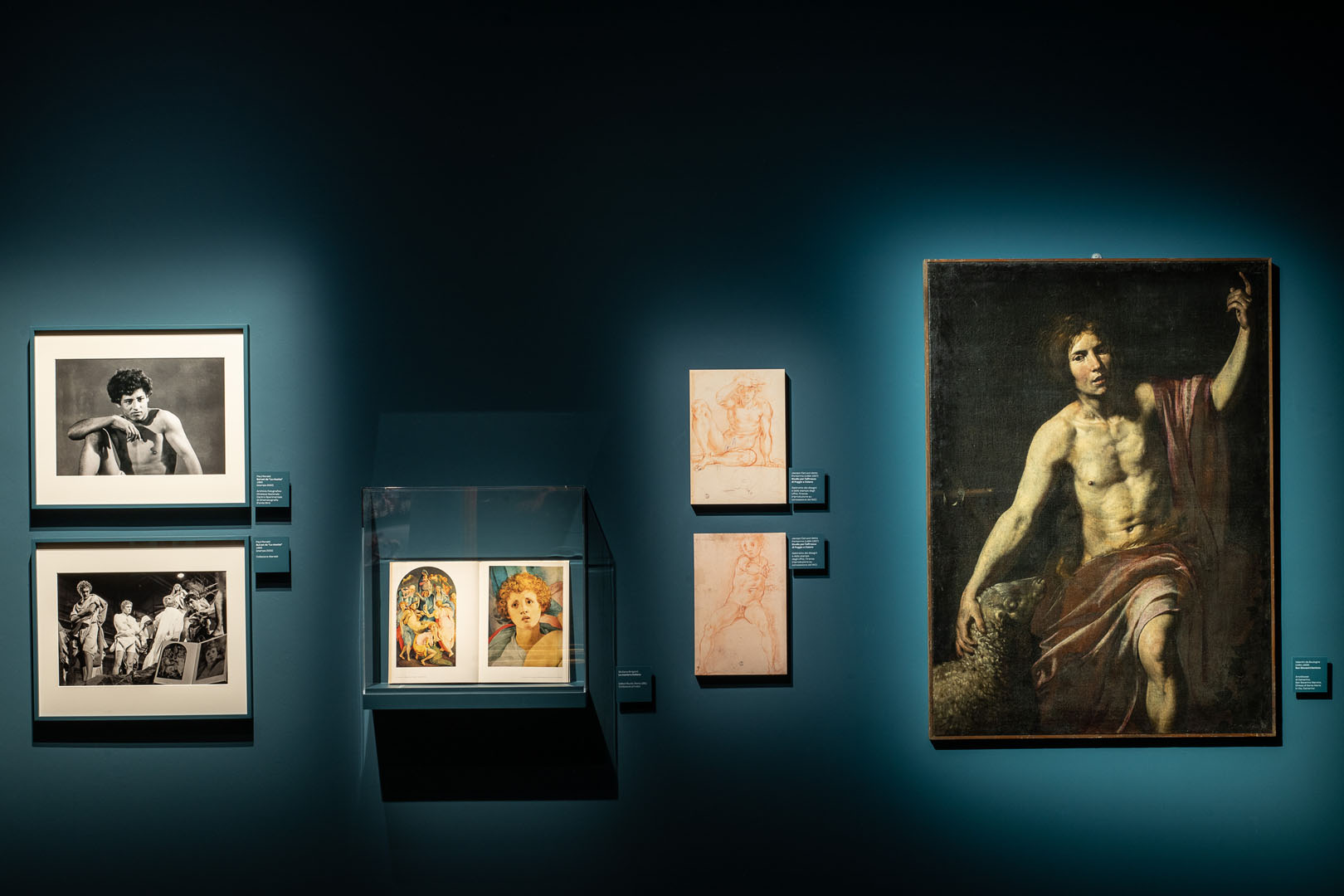 For Pasolini the body was a place of resistance, like images. The images from “Italian Mannerism”, a critical text by Giuliano Briganti that Pused as a reference for his tableaux vivants in “La ricotta”, are an explicit reference to Pontormo’s bodily plasticity. This visual imagery was inspired by Roberto Longhi’s art history lessons, which Pasolini attended as a young student at the University of Bologna in 1940. 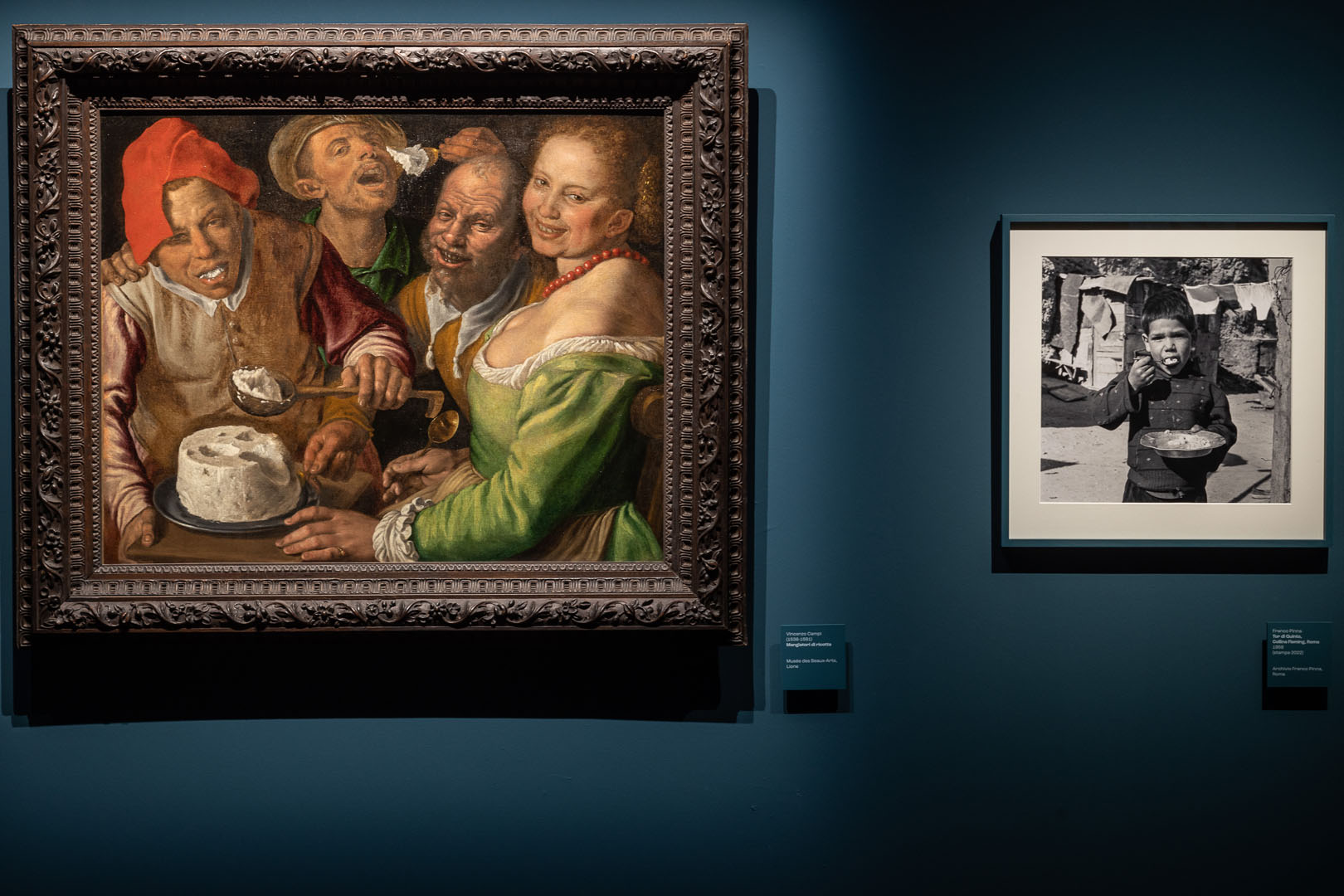 The body is popular – it is painful, passionate and scandalous. “The Body: this is a land not yet colonised by power,” wrote Pasolini in Essays on Politics and Society.

The body is that of the postwar suburbs, the Roman towns which, in 1957, according to a survey by the Municipality of Rome, contained more than 13,000 precarious houses, barracks and ruins. Like Franco Pinna’s photographs and his anthropological and ethnological research, Pasolini told the stories of those who were marginalised, those who lived in such “quartieri” and even caves. This was a tale that borrowed from genre painting the representation of narrow-mindedness and from medieval painting the moving tale of pain and sorrow. 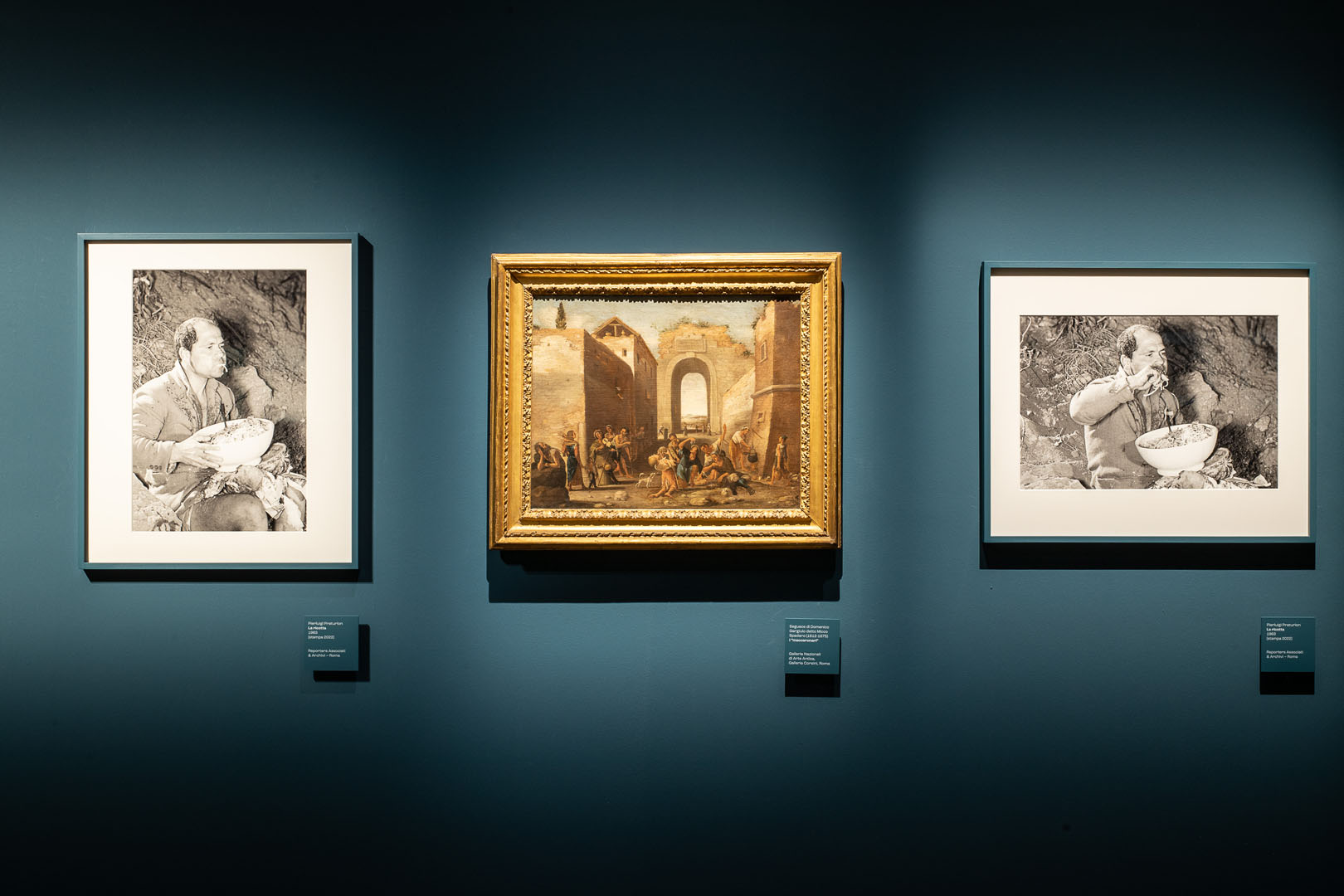 On the walls there are photographs from Pasolini’s film sets – from “Accattone” to “La ricotta”, from “Medea” to “The Gospel According to Matthew” – alongside Ernesto di Martino’s reports, Cecilia Mangini’s photos and Caravaggesque portraits and grieving pietà. 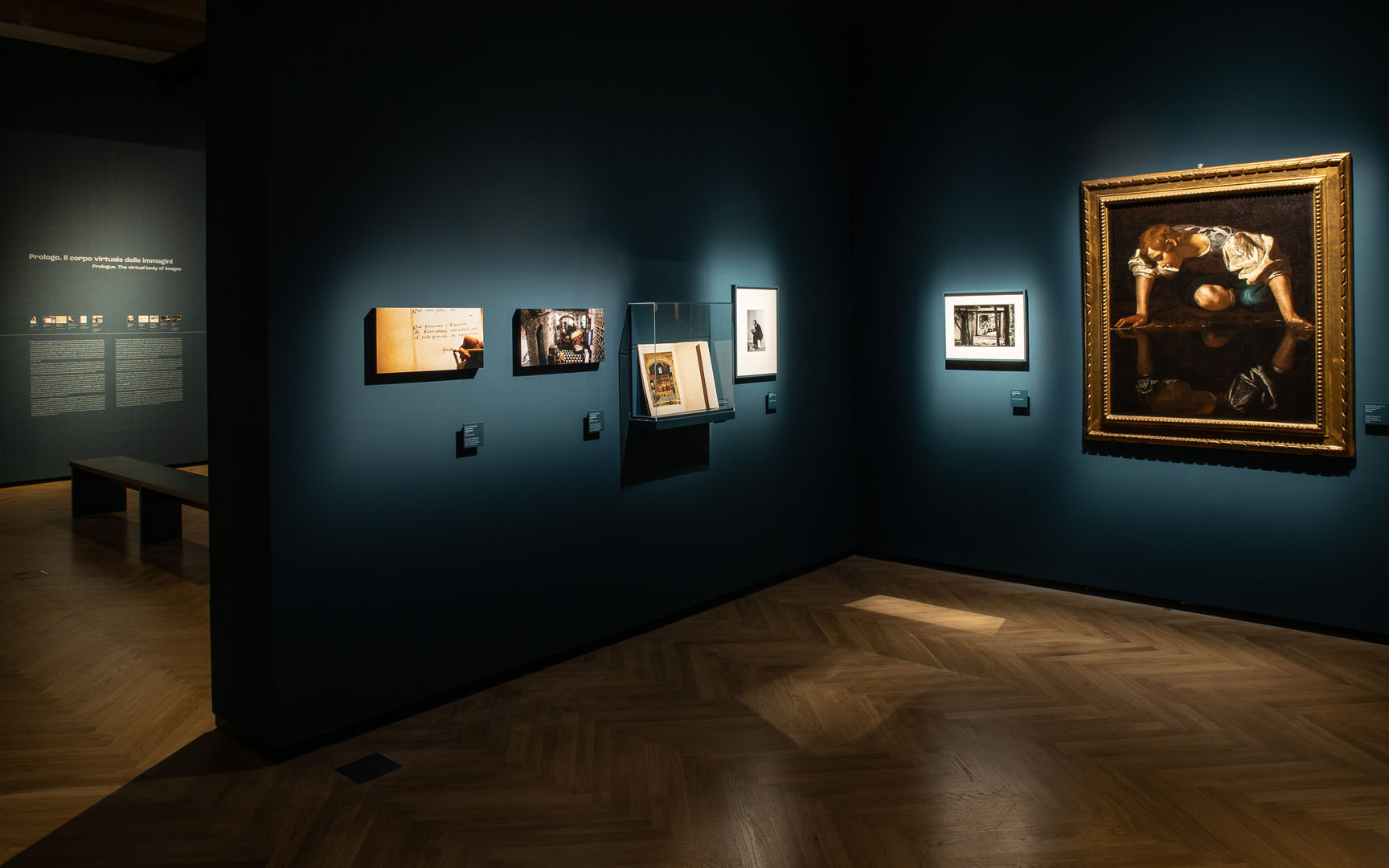 It is an exhibition with a strong didactic character, a multi-voiced dialogue, a continuous link between past and present. It is a cinematographic, literary, and pictorial narrative that uses flashback to confirm Aby Warburg’s lesson about the persistence of images in human history.