Mirabilia, as we know, is a literary genre of medieval origin that can be attributed to modern travel guides, helping explorers orient themselves in places never seen before. Camporesi, translating its meaning into the photographic medium, shapes an unusual Italy, sometimes weird and extravagant, sometimes fascinating and fabulous. The enormous project in constant movement, of which we can see some fragments in this intangible forum, despite being a “photographic project” and strongly characterized by an impeccable technique that transforms every impression into something “beautiful” and contemplative, has in its intrinsic conceptualism its most attractive interpretation: the practice of travel becomes part of the artistic practice. A moving performance which becomes visual and then “cerebral” when seen through the eye of the camera. 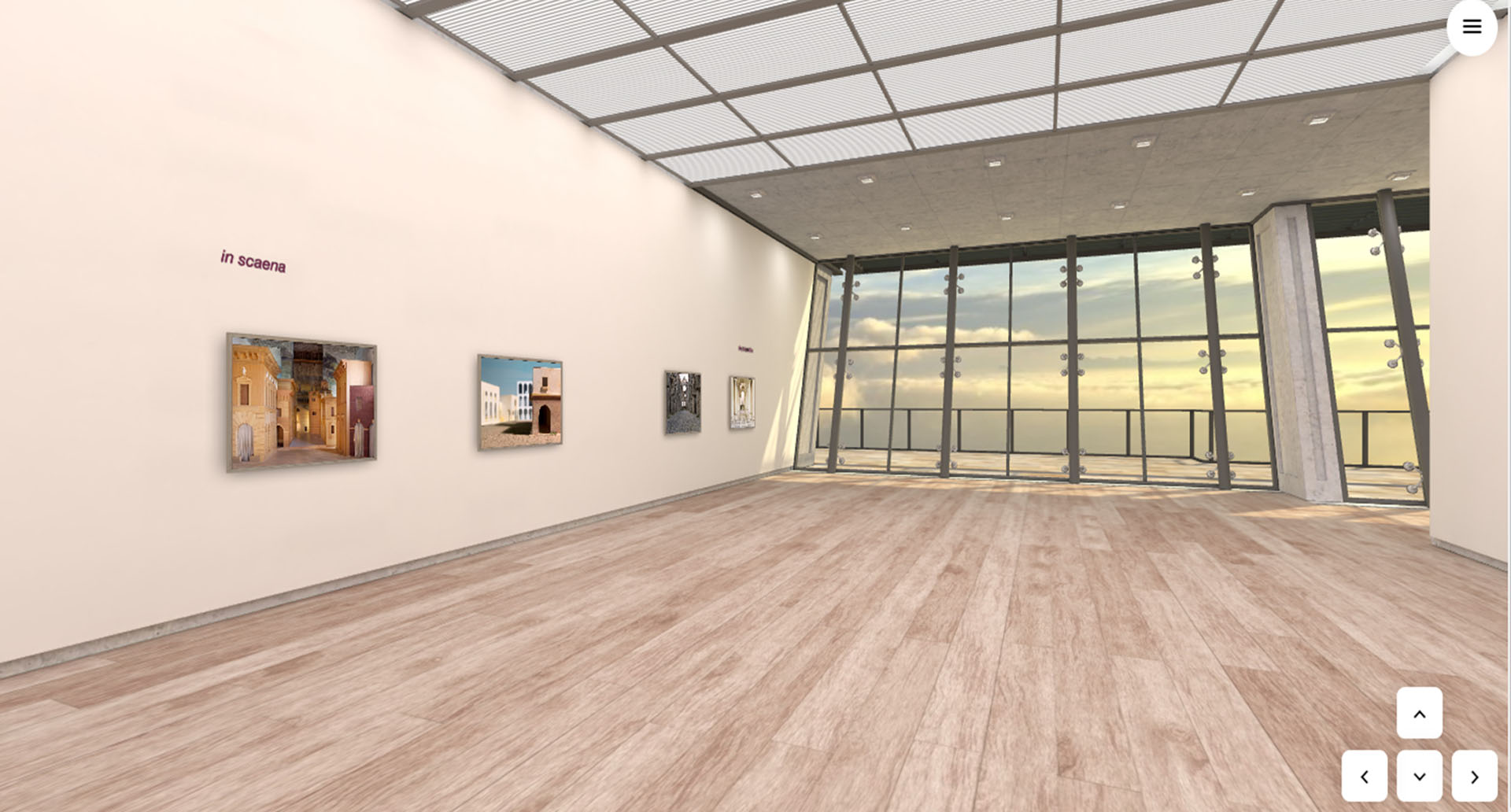 Photographs, by their very nature, are “impressions”, all the more easily translated into digital intangible, but Camporesi’s works are even more so, because they are immaterial in power, enclosing in them the journey that created them. They are comfortable with existential bit, as they are also produced by discrete units that all turn into “archives” or, rather, databases, which actually gives digital space meaning (the Internet, after all, is a huge repository).

By focusing on the exhibition in question, we need to break down the experience into two important focus points, connected but sometimes discordant (this is a typical practice but in this case even more important as we are talking about a digital exhibition of works, in this case digital, but which also exist analogously on photographic media): the works on display and the display exhibit. 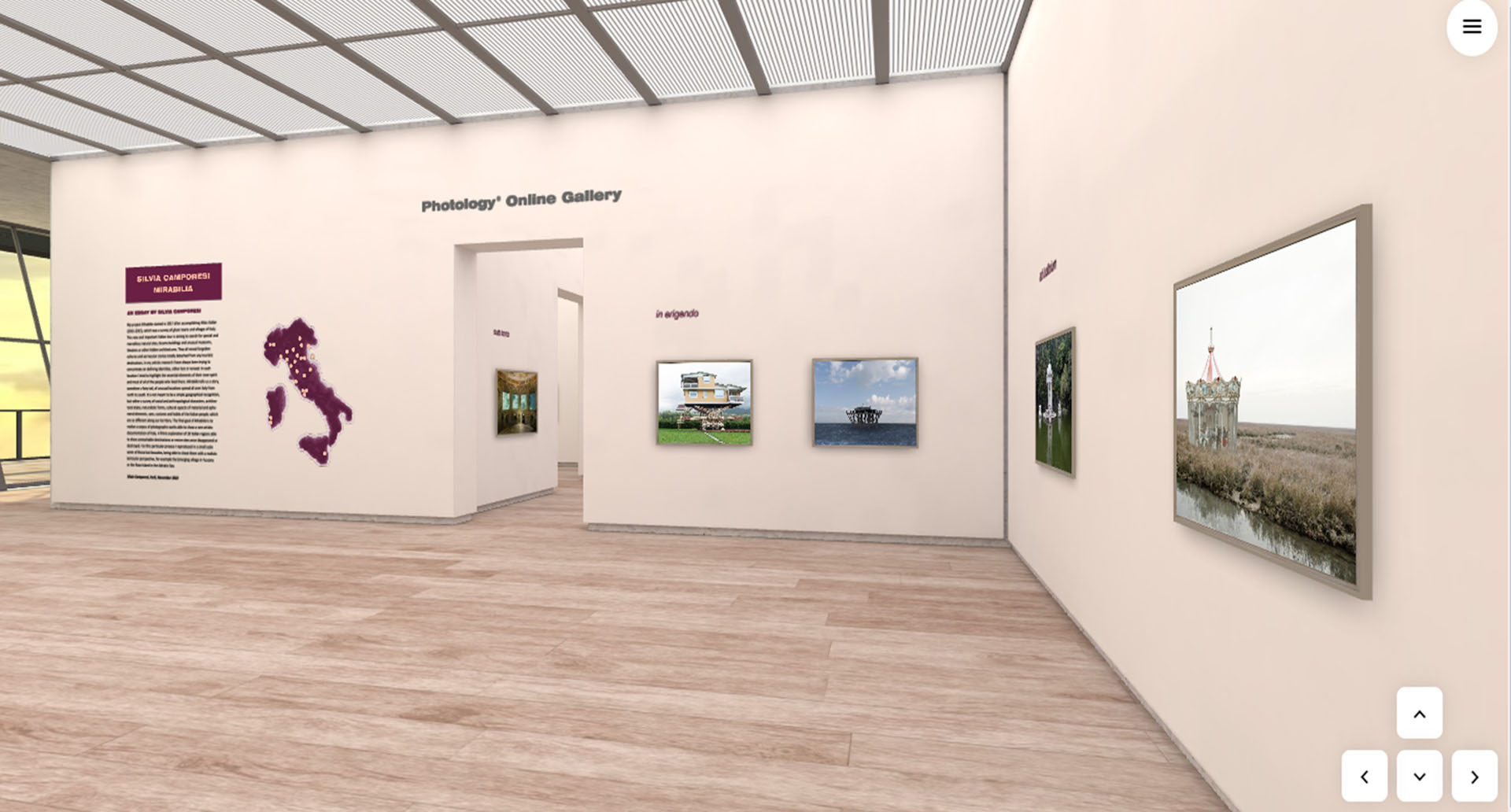 As for the works on display, we find ourselves overcome by curious images, with cultural and anthropological meanings, which do not make sense simply by the fact that we would never even have thought that these landscapes could be in our beautiful country (Italy), but they go far beyond that by looking at deep-seated questions about what we are and what we have been: unusual industrial architectures, spooky landscapes full of pathos and tragedy, metaphysical scenes, fascinating perspectives of enchanted places, dwellings that look like necropolises and necropolises that look like condominiums, bold mergers between mountains and houses, submerged lives, in the Tuscan landscape, and above water, in the Sardinian landscape, highly ornamental architectures that are truly eclectic works of art, like the photographic reproductions of the sculptures of central Italy, almost Freudian, collections of unusual, almost abstract charm, and finally images from the subsoil, among the most intriguing, with Villa Rossi Park in Santorso (Veneto) and Villa Guastavillani in Bologna. 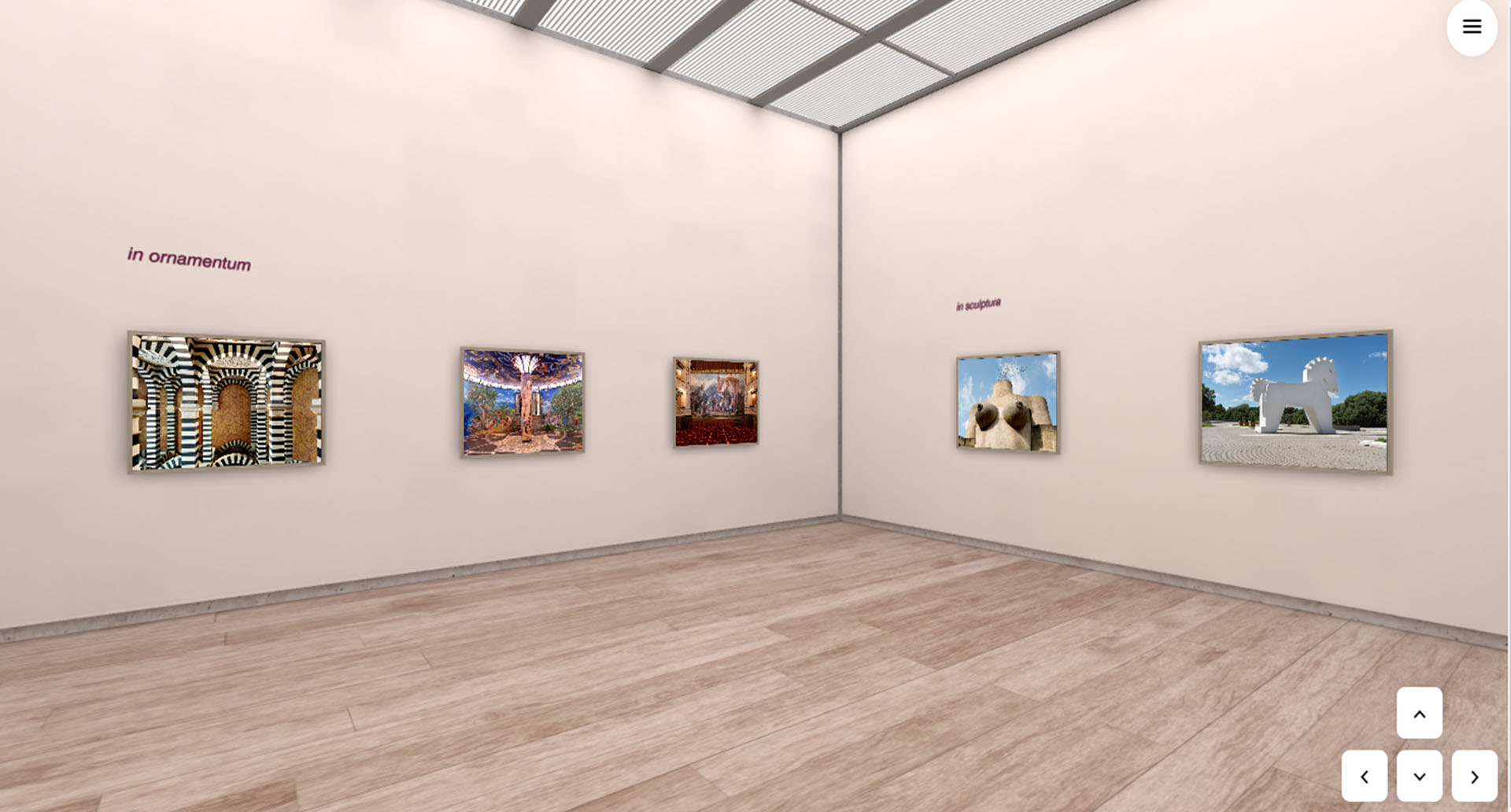 Clearly, these digital reproductions could have been “exhibited” in a more trivial and “archival” way. In addition, reproductions of this kind can be found on most Internet sites, but the actual “display”, albeit in exclusively digital form, enhances its appeal by building a genuine intangible curatorship while, at the same time, undermining its meaning through a gamification that focuses on superficial curiosity. The works in question, of course, can afford this risk, with their weird component always accentuated (think of how weird dominates digital logic even more than analogue logic, and especially artistic logic), albeit not predominant (if this were not the case in the digital space, these works would turn into something very similar to a meme, quintessentially weird). This strength, expressed so well in analogue as in digital form, transforms the exhibit of bit into tangible action, also facilitating the rapprochement with an audience who may not have had the opportunity to meet closely the poetics of Camporesi (a digital action of this kind, the visit of an art exhibition, it is highly intimate, unlike its analogue counterpart). The features of the works themselves, much more than the “exhibition” itself, make the project a winner, more successful than most of the digital exhibitions we are used to.