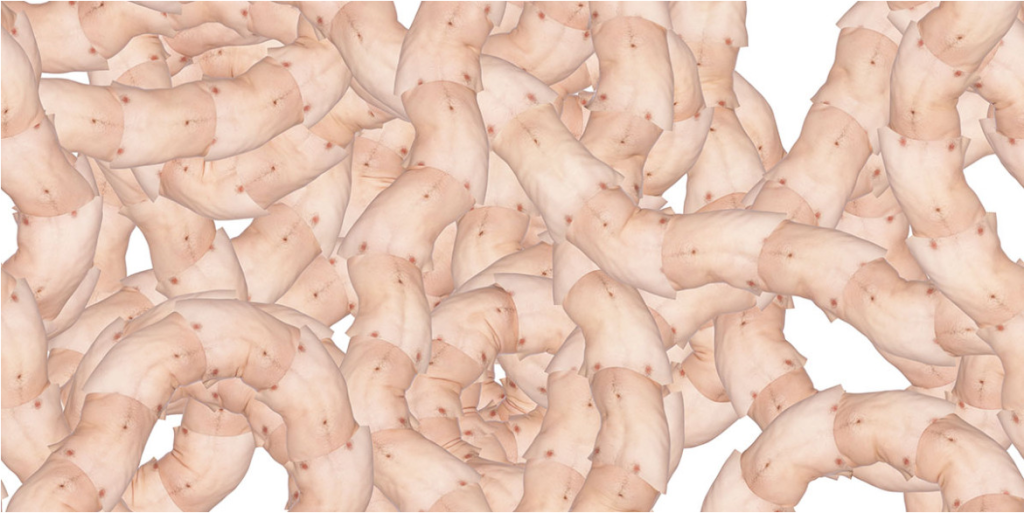 Bitforms Gallery presents PostPictures, an exhibition that re-imagines Douglas Crimp’s groundbreaking Pictures exhibition. Reflecting on Crimp’s legacy, PostPictures includes seven artists from the United States who work with new media techniques and contemporary modes of image construction. The exhibit presents a range of artworks that generate 2D spaces of dream and phantasmagoria, while seamlessly synthesizing elements of pop-culture, surrealist thought, and pictorialism. The work responds to imagery found in daily life, and disrupts the systems of representation using pastiche and appropriation. As Crimp’s 1977 essay for Artists Space explains, «the realm of imagination has reappeared to displace the analytic and perceptual modes of our recent past.» He cites a shift in representation that frees the photographic image from established modes of signification. For example, Jack Goldstein’s use of pictures is described as Freudian and paralleling “the image retained in memory. 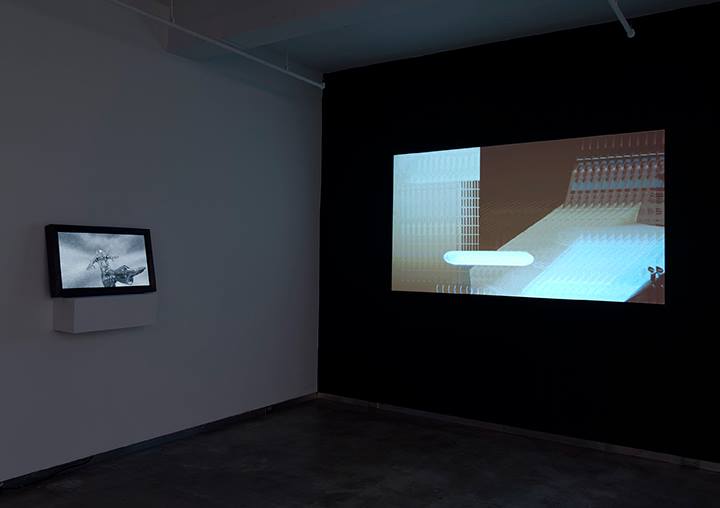 The PostPictures exhibition at bitforms gallery proposes a movement in the visual arts that is guided by everyday immersion in, and reliance on, the Internet for constructing illusions of reality. An expanded camera lens, one enabled by computational and networked practice, informs a complex new generation of artists. In their work, the immediate access to pictures can be felt in the way that narrative is implied and rendered. Just as the Pictures generation artists were responding to newspapers, magazines and television, a now-emergent group of artists are native to the realm of mobile devices and computers. 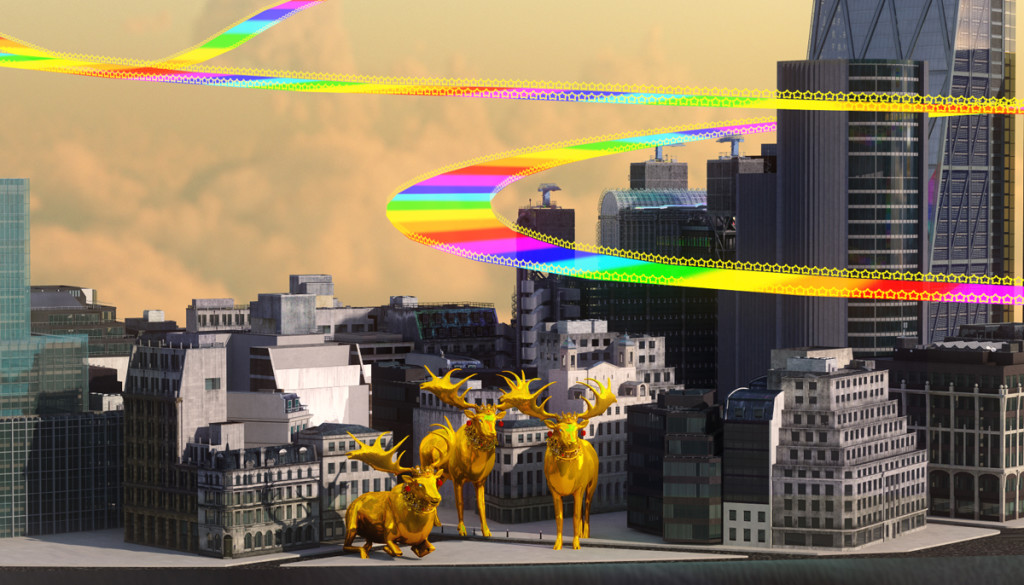 The work created by artists with this mindset engages the representation of online and gaming environments, as well as previous forms of mass media.  The artworks featured isolate a tension between the real and virtual. Jonathan Monaghan’s video Mothership appropriates characters and objects from science fiction, advertising, video games and art history. Funny and colorful, Monaghan’s work travels a space between Super Mario’s Rainbow Road, the landscape of German romantic painting, and the Technodrome in Teenage Mutant Ninja Turtles. Snow White by Katie Torn presents a still life based on the female body, while recalling the form of Cubism and Futurism. This virtual sculpture plays with an atmospheric treatment of light, evoking 17th-century painting of floral bouquets in Northern Europe. Shane Mecklenburger’s interactive art game Fortress of Solitude Tilted disrupts the format of a first-person shooter video game. Instead of presenting the familiar objectives found in commercial games, the artwork offers players the ability to create or destroy treasure. Using the diamond as a motif that represents value that is generated by controlled scarcity, the treasure expands and collapses at the player’s own volition.

For some of the artists, the body and the idea of the post-human are central to their systems of representation. Dark kNight is Claudia Hart’s response to Christopher Nolan’s 2012 blockbuster film The Dark Knight Rises, in which one of Hart’s avatars attempts to break free from a simulated world behind the screen. In the animation, the avatar catapults herself against the screen in an attempt to escape the imprisonment of virtuality. In Rollin Leonard’s Belly Wallpaper: Rollin, a single image of the artist’s torso is repeated continuously. Spiraling nine feet, the arrangement impossibly mutates his body, forging a narcissistic, yet delightful, torus surface. Leonard’s Crash Kiss photography series algorithmically joins two faces in profile, suggesting romantic narrative in a way that is similar to Sherrie Levine’s 1977 “Sons and Lovers” series, which debuted in Crimp’s original Pictures exhibition.

In works by Sara Ludy and Clement Valla, the new media-enabled picture plane is characterized by floating viewpoints. Ludy’s video montages observe the experience of light in modernist architecture. Evoking minimalism, these sites are handled coldly, and are void of people or recognizable signifiers. Transom is set in a Virginia shopping center; Otha explores a prefabricated house in the virtual world of Second Life, while Niodrara features a residence in Glendale, California. Clement Valla’s series “The Universal Texture” is based on images captured from the screen while traveling through the Google Earth interface. Valla’s collection of geo-spatial imagery emphasizes edge conditions, the result of an automated process that fuses aerial photographs and cartographic data. As the source imagery is culled from different periods and vantage points, anomalies in wrapping the 3D projection model appear. Constraints of the algorithms are revealed, forging a hybrid-geography. Playfully questioning photographic representation, Valla’s flat picture planes are returned to three-dimensional reality.

this text is from the press release of PostPicture, show at Bitforms Gallery, NY. You can download the catalogue here