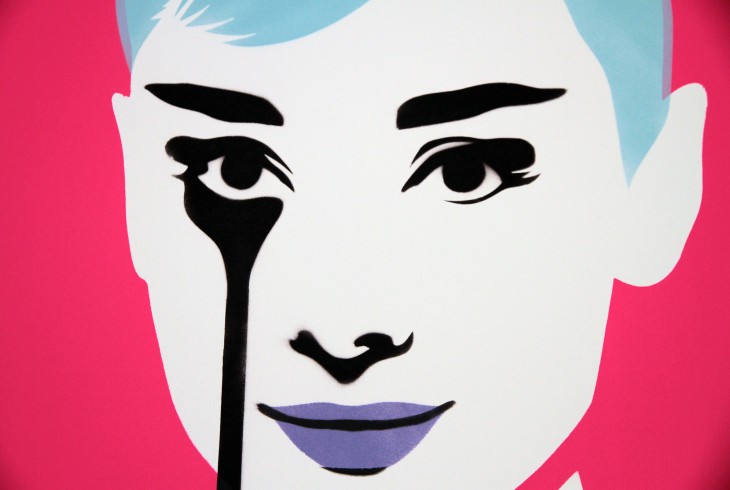 Wunderkammern presents Echoes, the first Italian solo show by the famed British artist Pure Evil, who has participated in Banksy’s recent artistic project Dismaland in Weston-super-Mare, UK. Pure Evil (Charles Uzzell Edwards, born in 1968 in Southern Wales), the son of an artist, studied fashion and graphic design in London before moving to California, where he soon entered the music scene and San Francisco’s street culture working as a designer and electronic music DJ. It was in that same city that he began to paint on the street, influenced by west coast graffiti. He returned to the UK after 10 years, and began collaborating with Banksy’s group Santa’s Ghetto, and after the success of his first solo show in 2007 he opened the eponymous Pure Evil Gallery in London.

Through a grim iconography not entirely free of irony, the artist aims to explore the wicked and sinister sides of society, people, and life in general. His dark portraits of pop icons, or his emblematic fanged bunny rabbits, repeated in an almost ritualistic way as a result of a traumatic experience lived by the artist, reflect on the theme of good versus evil and on the destruction of dreams and utopias. In 2015, after a tragic event that changed the artist’s life forever and led him to embark on a spiritual journey in Asia, Pure Evil started two new series of works: the first, in which he incorporates themes, icons, and symbols of Asian origin, and the second, inspired by fairytales and childhood stories, in which memories of a distant past intersect with the more vivid ones in the mind of the artist. 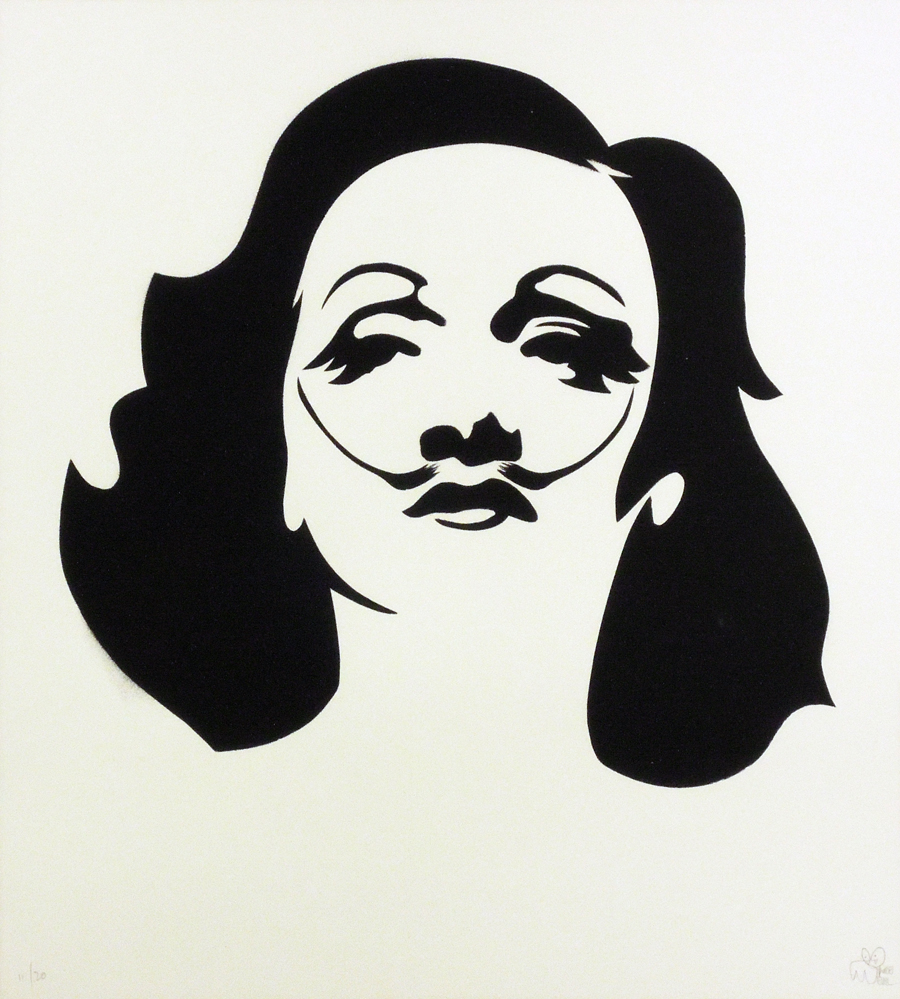 In fact, Pure Evil’s show at Wunderkammern, Echoes, explores the theme of memory. Memory is an echo of the past, and just as an echo distorts the original sound and reproduces it differently, memory can also distort the past. Memory can therefore be deceptive, unreliable, and in this sense it can even transform the present, influencing the actions and thoughts of our daily lives in tangible ways. Furthermore, not only the life of an individual alone can be influenced by his or her own memories, but at the same time the group as a whole has a collective memory, at times even stronger than that of the individual.

Works created with stencils, spray-paint, ink, markers, and acrylic on canvas, and silk-screen prints will be presented at the exhibition. In addition to the famous Nightmare series, made up of pop-portraits of Hollywood stars marked by the artist’s signature teardrop, the eastern-inspired works of the A Temple of Broken Hearts series will also be on display, along with the children’s stories of the never-before-exhibited Childhood Series. The artist will be present at the opening. In the days leading up to the show, Pure Evil will create a mural installation in a public space in Rome; he will also perform a series of “live” performances in which he will create silk-screen prints in front of passersby. (from the press release)