Intruders, lost and uncomfortable, curious and sometimes amused, noisy and speaking under their breaths.

I am not talking about the creatures in Rä Di Martino’s film, but about us, the spectators, guests who walk on tiptoes, as one does in front of an artwork, but who soon change their minds with each image and sound, in a rhythmic motion that accompanies the protagonists as if they were in a choreography. 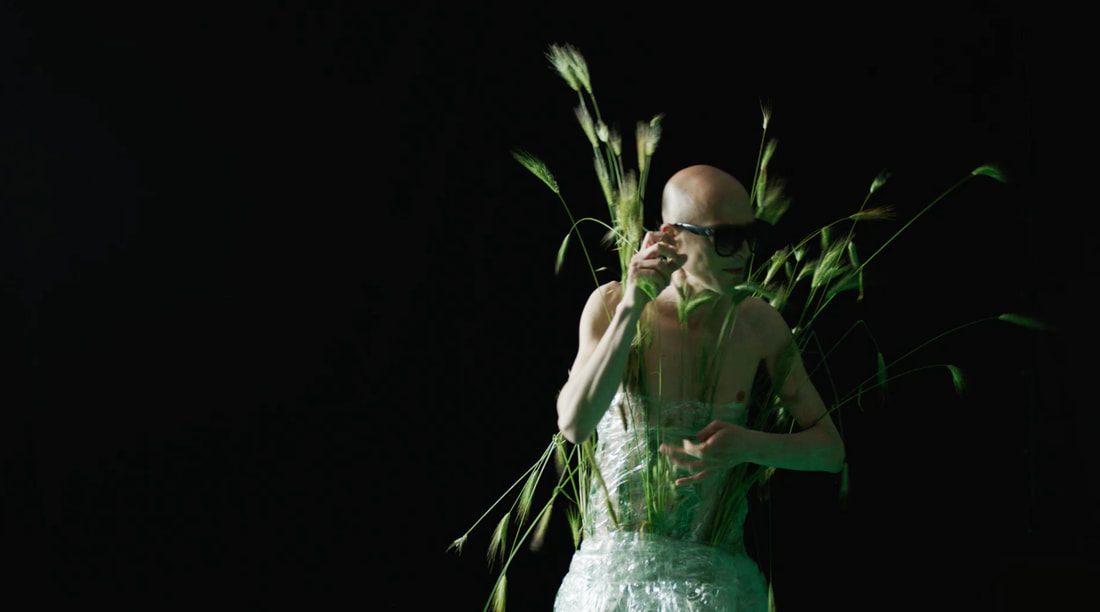 The mutants are in no way silent. They capture our gaze with aesthetic arrogance; they do not perform for us, that is their world and their routine; and, sometimes, they are the ones who observe us, making us feel almost ordinary and clumsy in our predetermined reality.

The natural power of this work lies in the mastery displayed in the use of images. Ra Di Martino is the director of a story that draws the audience in despite not having a story and, as in all films, makes us fall in love with one of the characters, who appear for a few seconds and, during that short period of time, reveal everything about themselves. Those who have already seen the video will certainly remember one of the creatures, who is designated as their protagonist. 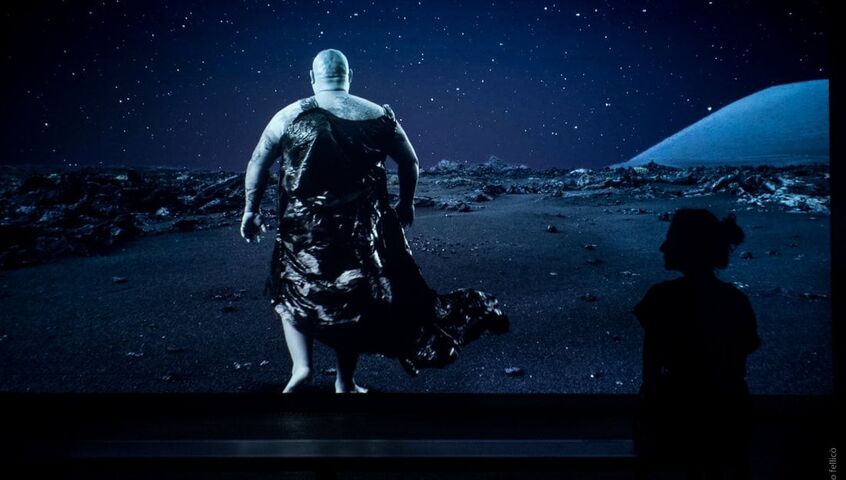 The refined language of this installation speaks differently to a wide audience and distinguishes itself from the usual video art work which spectators sometimes view only for a short period of time. In the case of Afterall, viewers make sure they do not to miss a frame. Since this is a double projection, with one video placed in front of the other, viewers find themselves pleasantly struggling as to which of the two videos they should focus their attention on, expecting that while “they are observed” by the protagonist of the moment, behind him another is moving in a way that cannot be missed, or there might even be a view of one of the sets coming alive, connecting space and time for a new film chapter. 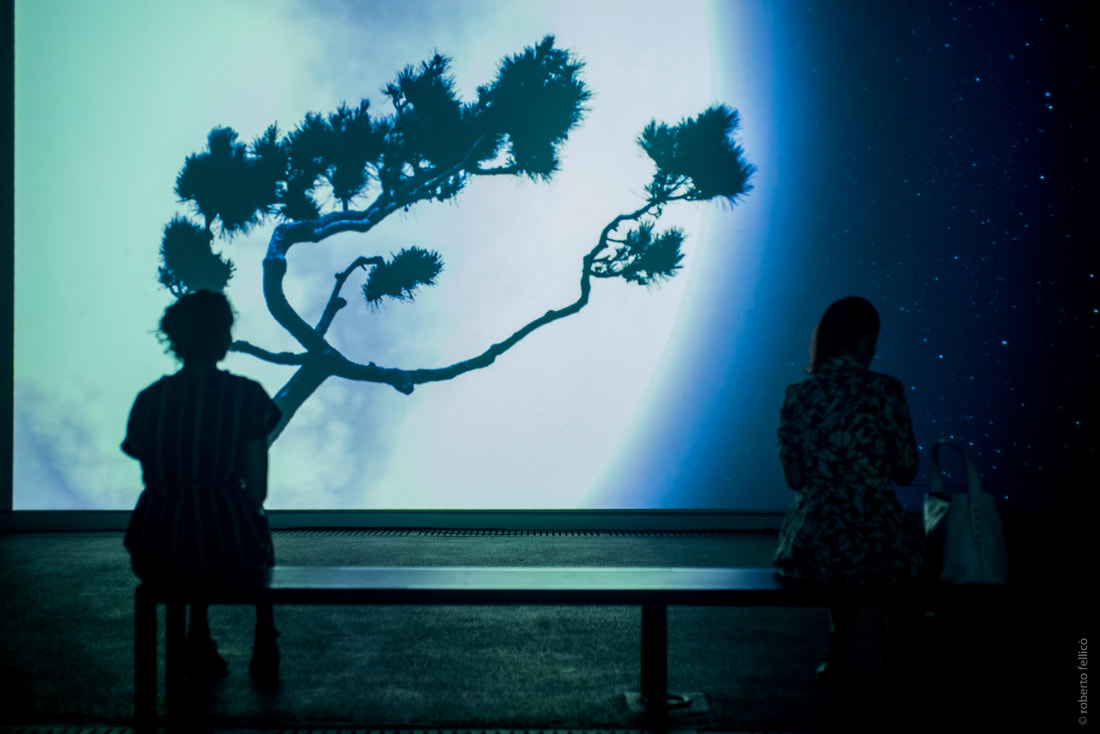 Afterall is the winning project from the fourth edition of the Italian Council competition (2018), created by the Directorate General for Contemporary Art and Architecture and Urban Suburbs (DGAAP) under the Ministry for Cultural Heritage and Activities. The exhibition is presented by Fondazione Volume! and is curated by Lorenzo Benedetti. The project will then be presented at the Kunstmuseum St Gallen in Switzerland and at MOSTYN in the UK. The final destination is Museo Madre in Naples, where the installation will included in the Museum’s permanent collection. Catalogue:Nero Editions.