Rosana Antolí’s practice juxtaposes drawing, performance and moving image to reveal the hidden choreographic commands that structure the everyday, in order to resist the imposition of behaviours, acts and motions.

Virtual Choreography is an interactive online platform working as an open database of movements, a ‘world gesture map’ that allows the audience to visualise and upload several recorded motions created by themselves. The Hackney Wick area will work as Antolí’s starting point for a project that will have continuation in different cities and countries around the world.

For her residency at arebyte gallery, Antolí will research the common gestures and behaviours of specific zones of Hackney Wick by asking different sectors of the community for their involvement. This will culminate in a virtual participatory platform and an exhibition where anyone can lead a new movement to be added in this symphony of gestures. (from the press release) 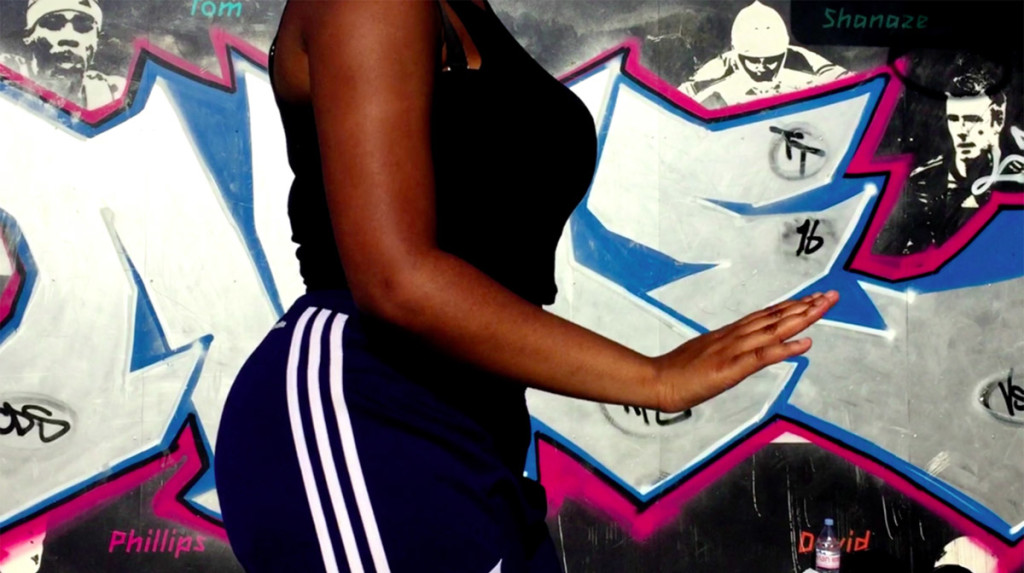 A total of ten people from ten differing communities in the area will be chosen for their behavioural characteristics based on observing their normative social and private behaviours. For ten days the participants will record themselves simultaneously completing one instructed gesture which will then be uploaded to the website and form part of the exhibition.

The work references the One Minute Sculptures of Erwin Wurm and is transformed into what Antolí’ refers to as One Minute Social Choreography. Through dissemination of the recorded videos, a network is created gestures are highlighted and accentuated; and through their willingness to endure and take instructions; their social power and status becomes obsolete. Here, the term choreography is democratised as everyone who performs becomes a dancer.

There is also an notion of exchange within the work – exchange between the camera and the performer, exchange between the artist and the collaborators, and the literal exchange of movements in the city. Through this exchange, Antoli aims to map the archaeology of the area and provoke new ways of thinking surrounding the perception of dance and identity.