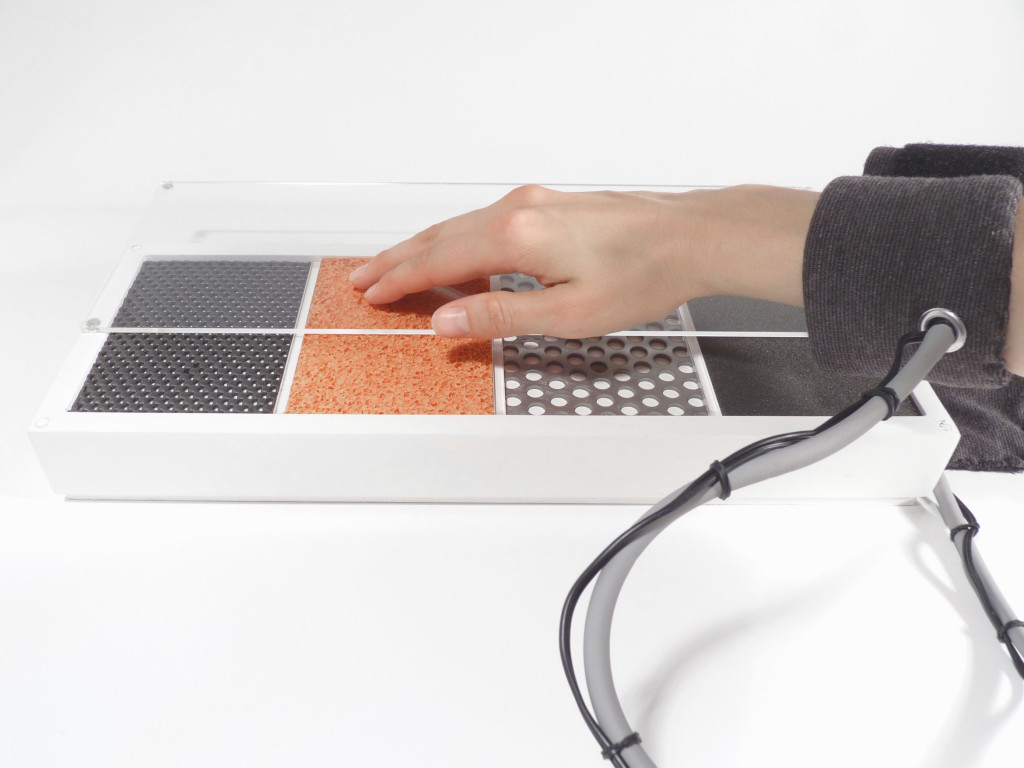 STARTS – Science, Technology and the Arts is a Prize established by the European Community to encourage innovation through the combination of art and science, and this year, in partnership with the Ars Electronica Festival in Linz, the winning entries are Iris van Herpen’s Magnetic Motion and collective research project “Artificial Skins and Bones”. The two works were presented at Ars Electronica on 9-12 September 2015 and are now appearing as part of another European event, the Bozar Festival, taking place in Brussels from 22 September to 2 October. 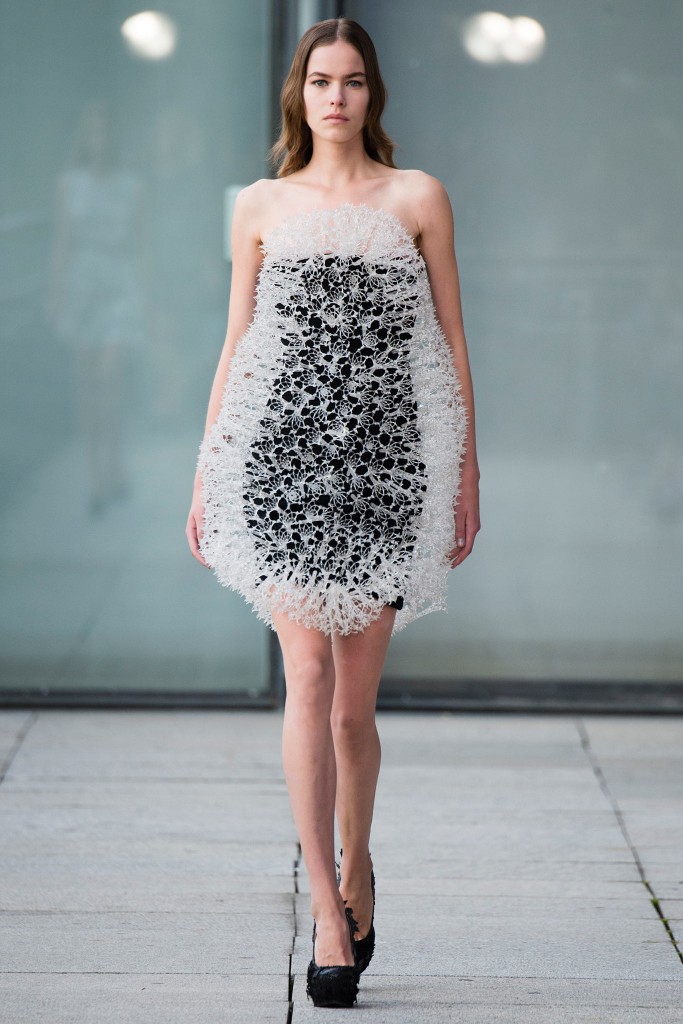 “Artificial Skins and Bones” is a research collective led by Professors Mika Satomi and Wolf Jeschonnek. It takes inspiration from the body’s natural design and applies it to artificial bodies, creating projects linked to aesthetics but also with a social function. The idea was actually conceived through dialogue and collaboration with Ottobock, market leader in the production of prosthetics. Nine projects emerged from this research:

Visible Strength by Jhu-Ting Yang and Lisa Stohn is a fabric inspired by the skin of an octopus, flexible and chameleon-like. The fabric changes colour through muscle control, just as certain animals do in order to survive. 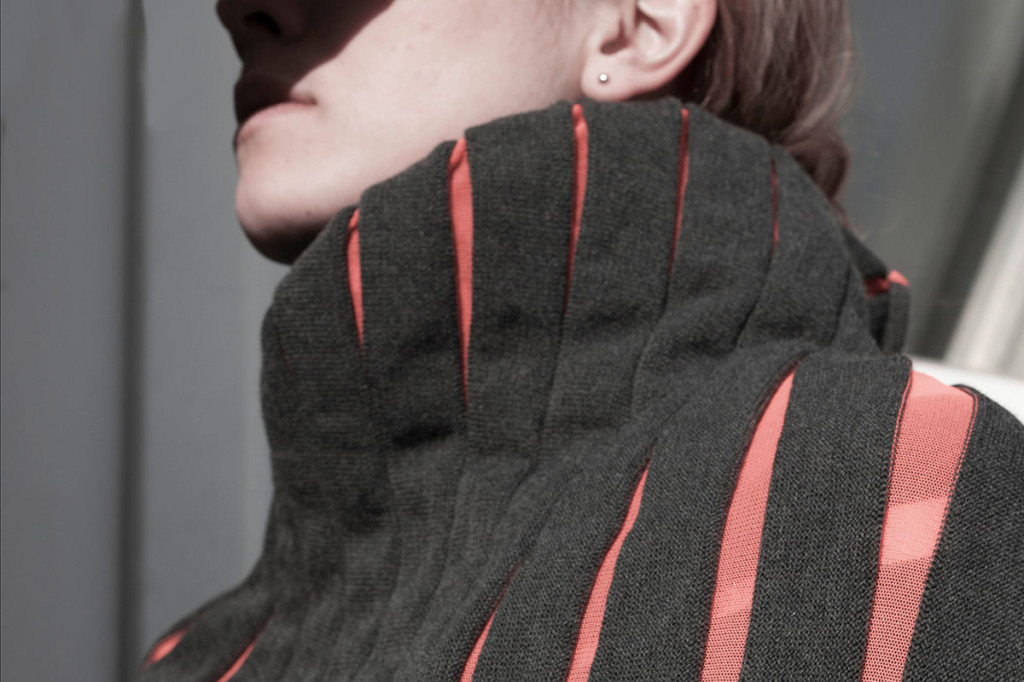 Trans.fur is an intelligent fabric created by Natalie Peter and Karina Wirth, which can protect the body from the environment and regulate its temperature. This property was also explored by Stephanie Nattrass in Technology, Temperature and Textiles

Design, fashion and architecture come into play for the creation of Naturanslations by Babette Wiezorekdi, which explores the potential of architectural material inspired by the organic world with the help of algorithms and 3D printing.

Audio Gait by Agnes Rosengren and Bernardo Aviles-Busch is a system of soles which helps guide the body towards ideal walking movement by translating data into acoustic feedback, transmitted to a smartphone by a process also known as intuitive sound design (increasing or decreasing volume indicates correct or incorrect foot position).

Some projects help patients with prostheses to accelerate the process of adaptation by using elements of the mind-body relationship, such as memory, which allows the nerve cells linked to certain movements to be activated and thus used to trigger artificial commands; this is the case with Shortcut by David Kaltenbach, Maximilian Mahal and Lucas Rex: a bracelet that combines the input of phantom limbs and optical sensors to allow contactless control of a computer. 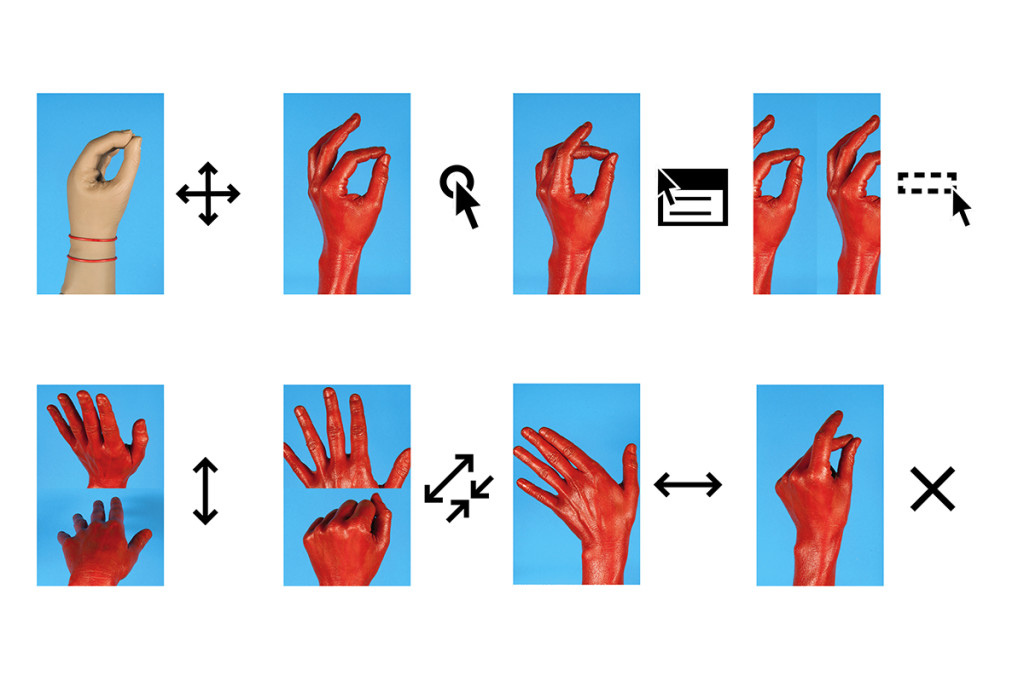 Active by Hans Illiger shortens the contact between physiotherapist and prosthesis patient by the transmission of data in real time, while Nina Rossow’s Tactile communication perceives and interprets the tactile recognition of materials also when direct touch is not possible.

Iris van Herpen’s Magnetic Fields fashion designs and the research projects of “Artificial Skins and Bones” take us to a new level of existence where organic and inorganic sit side by side, and show us the limitless potential of technology to be used intelligently. Everything points to the need to take back a renewed awareness of ourselves, beginning with our organic (so to speak) body.