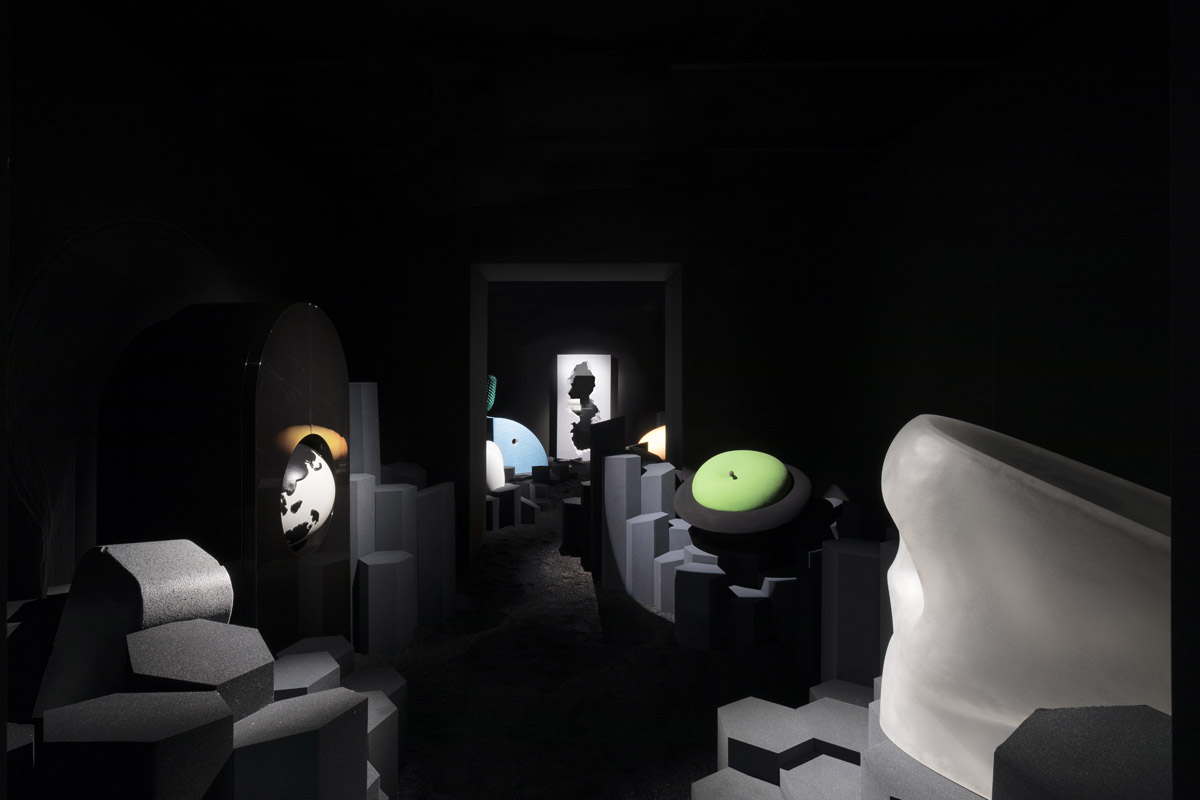 On the occasion of the Salone del Mobile 2017, Gufram – the brand which brought radical design to the world – presents Planet Gufram.

A strange interplanetary energy invades the spaces of Mediateca Santa Teresa, giving everyone the opportunity to visit a new world, an insanely creative dimension where form and function, appearance and substance are overturned. Imagination and the desire to escape the dimension of gravity have always impelled humans to seek faraway worlds. Literature, art and design have given form to this imagination. 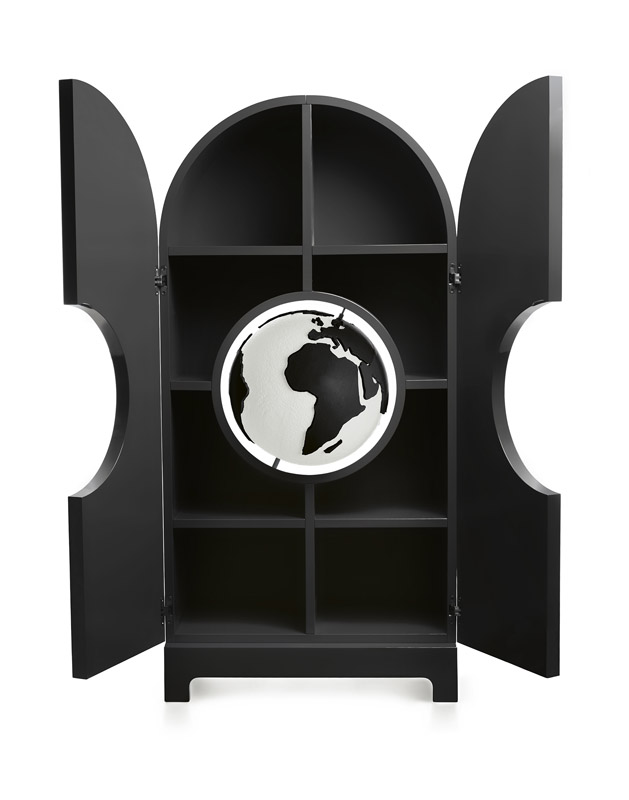 “By searching the archives we discovered that by the late 60s the designers and artists who worked with Gufram had succeeded in establishing relations with another dimension” says Charley Vezza, the brand’s Global Creative Orchestrator. “It was 1967 and mathematician Tullio Regge had just created Detecma, the first item of furniture designed using an electronic calculator. Its biconcave shape managed to create a space-time tunnel through which the first immersive visions could be seen and a faraway planet glimpsed where extraordinary sculptures arose from the floor”. 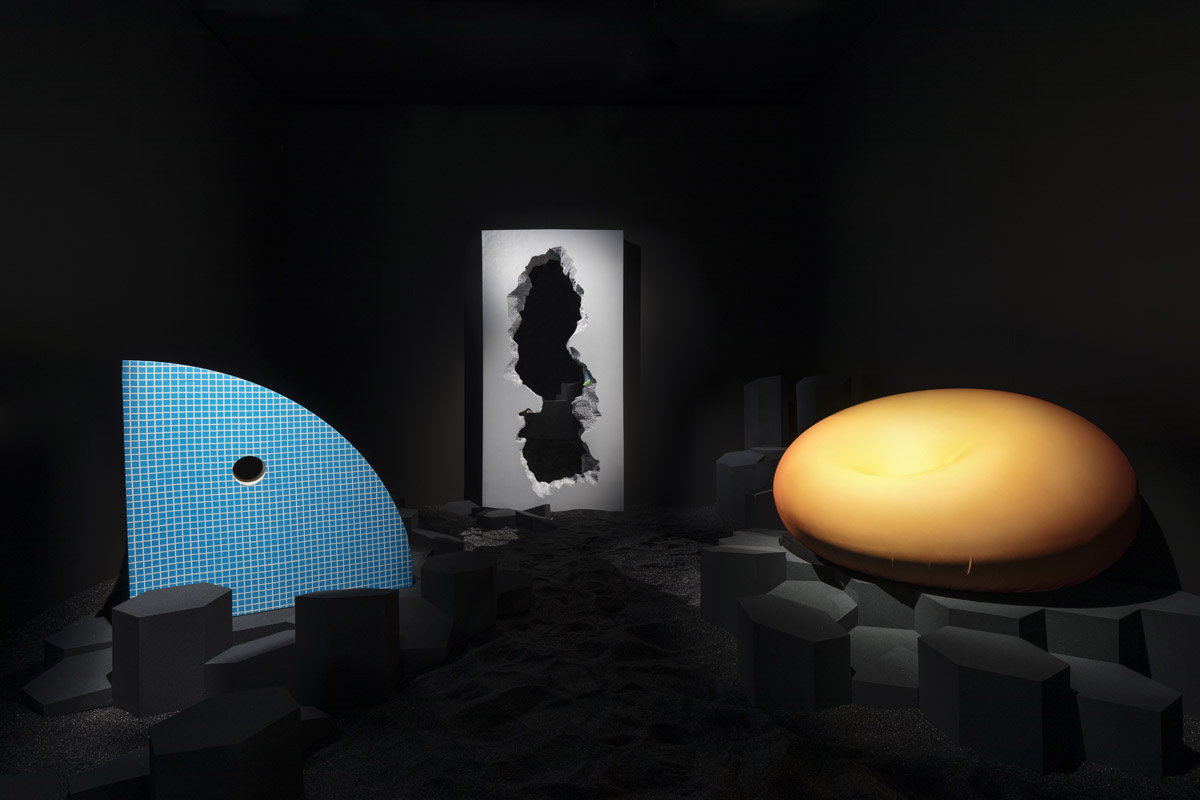 NASA’s recent announcement of the discovery of the Trappist 1 system of planets encourages design to push the boundaries and formalise this planet system, translating it into a series of designer objects placed in a scenographic setting created by the Italian Radical Design collective and located in Milan’s Mediateca Santa Teresa, where they inhabit a genuine biosphere conceived to give them “life”. 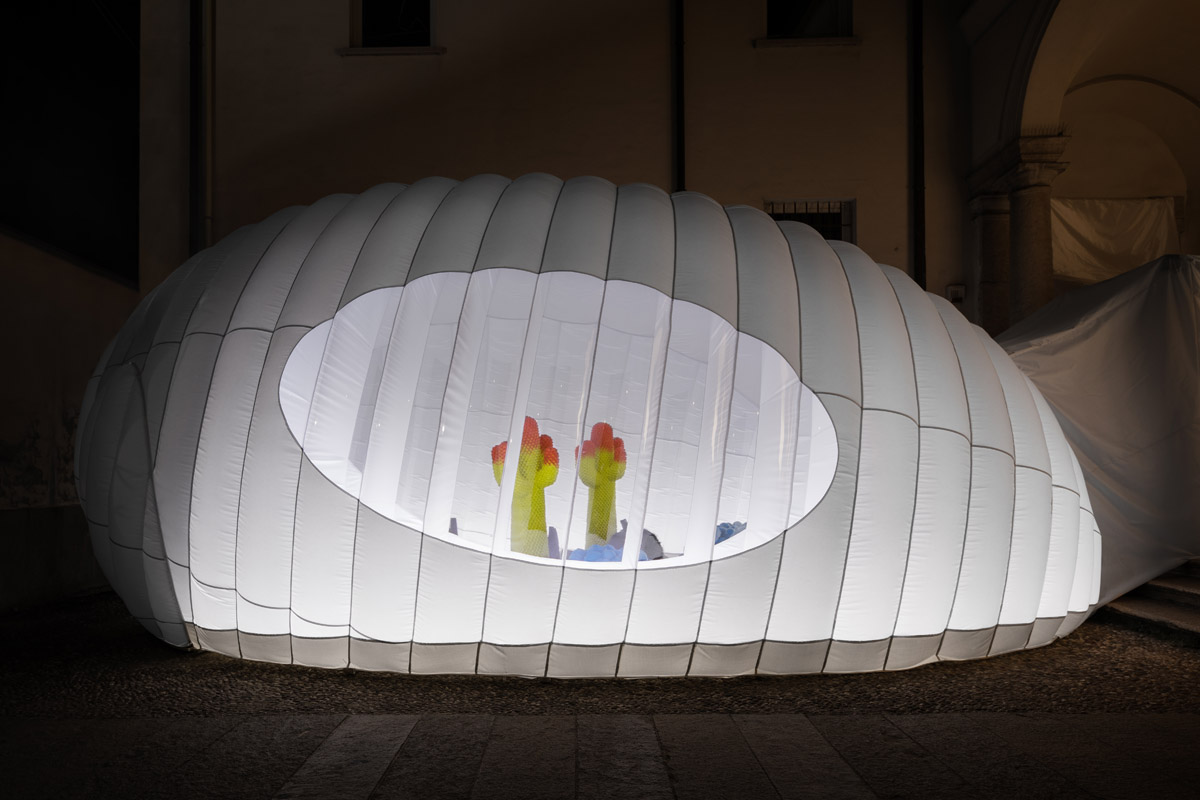 In the courtyard an enormous cocoon encloses a garden of cacti and giant Bloom flowers by Marcel Wanders, while a strange furry animal, named Ron Ron by artist Marion Baruch, roams free. As part of the project, Piero Gilardi’s sassi (rocks) are revisited by the artist Samuel Di Blasi, who reinterprets natural habitats and uses polyurethane to shape the fossilised stones of a distant planet that invade the space like a spontaneous alien culture. Crops Rock crystallises like a polymer gone mad, multiplying and recreating itself in unexpected shapes and ultimately blossoming into the coloured elements of the Gufram 2017 collection. 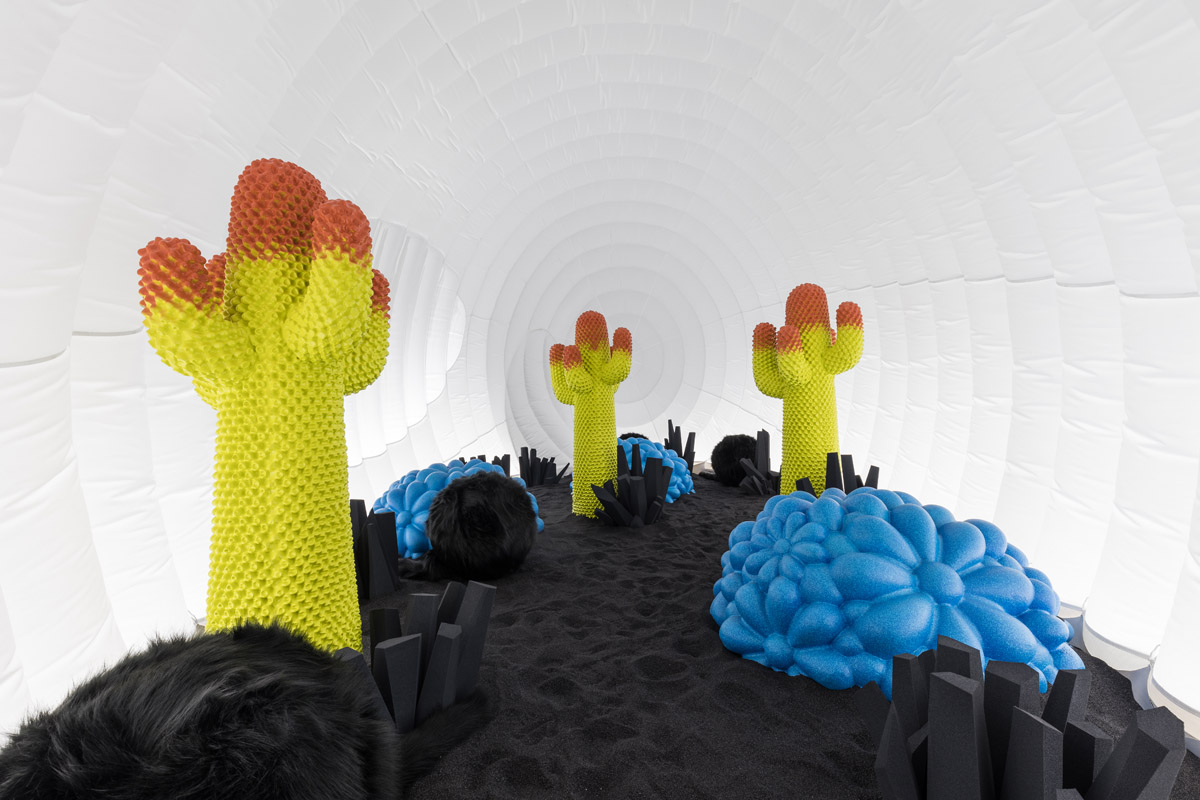