by Valeria Coratella
in focus

On 17 September 2020 the PowSOLO Awards officially announced the winners of its international open call aimed at recognising the best work of sound art. The PowSOLO Awards is a collaboration between the Dutch art collective Powland Network specialising in sound art and the Spanish contemporary art centre Colección SOLO.

The competition, currently in its first edition, boasts a prestigious jury composed of the Japanese composer Ryuichi Sakamoto, the founder of the Pow Academy Mark Berman and members of the board of Colección SOLO. There are four prizes awarded: Best Sound Art, Discovery of the Year, Invention of the Year and Viral of the Year. The main prize for Best sound art, a sum of €10,000, was awarded to Enrique del Castillo (Spain) for his work Phonoptics Readers to be exhibited at Espacio SOLO, the museum in Puerta de Alcalá (Madrid). The work consists of two optical readers that turn simultaneously to slide two rolls of 35 mm film printed with a variety of geometric patterns translating light into sound and producing a musical composition. 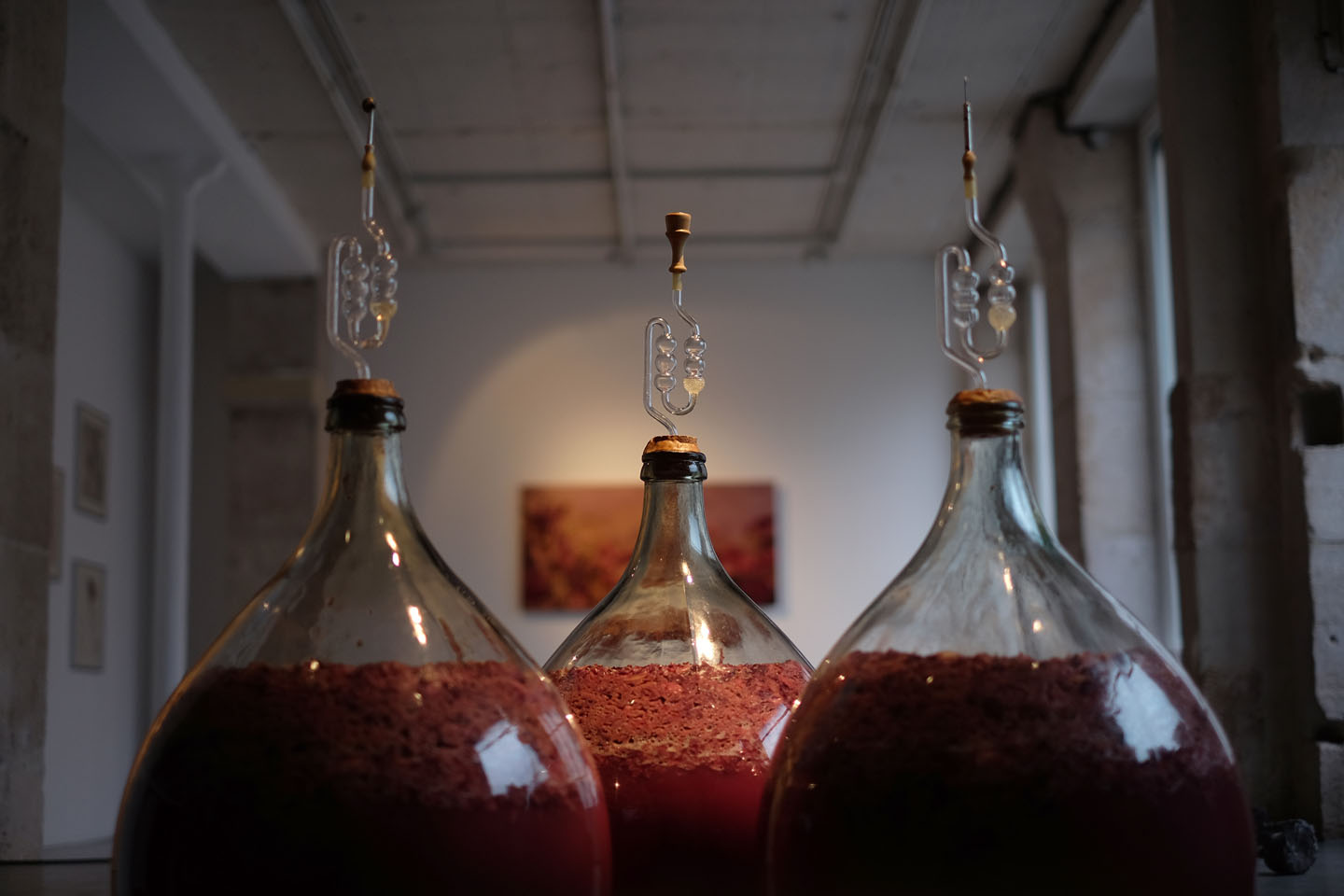 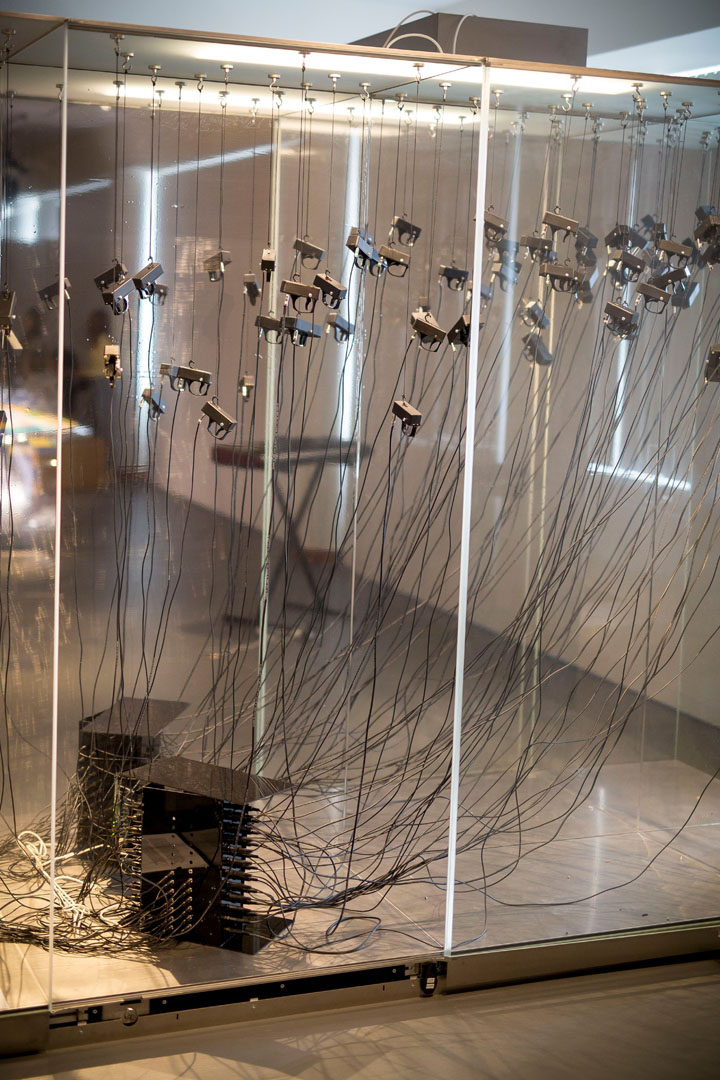 Nolan Lem (USA) presents a sound installation work consisting of fifty disassembled gun triggers, hung and connected by a cable and connector to stations with digital audio interface that activate the entire synchronization system using software-generated algorithms; the work explores human violence and the military technology that has taken over human beings. 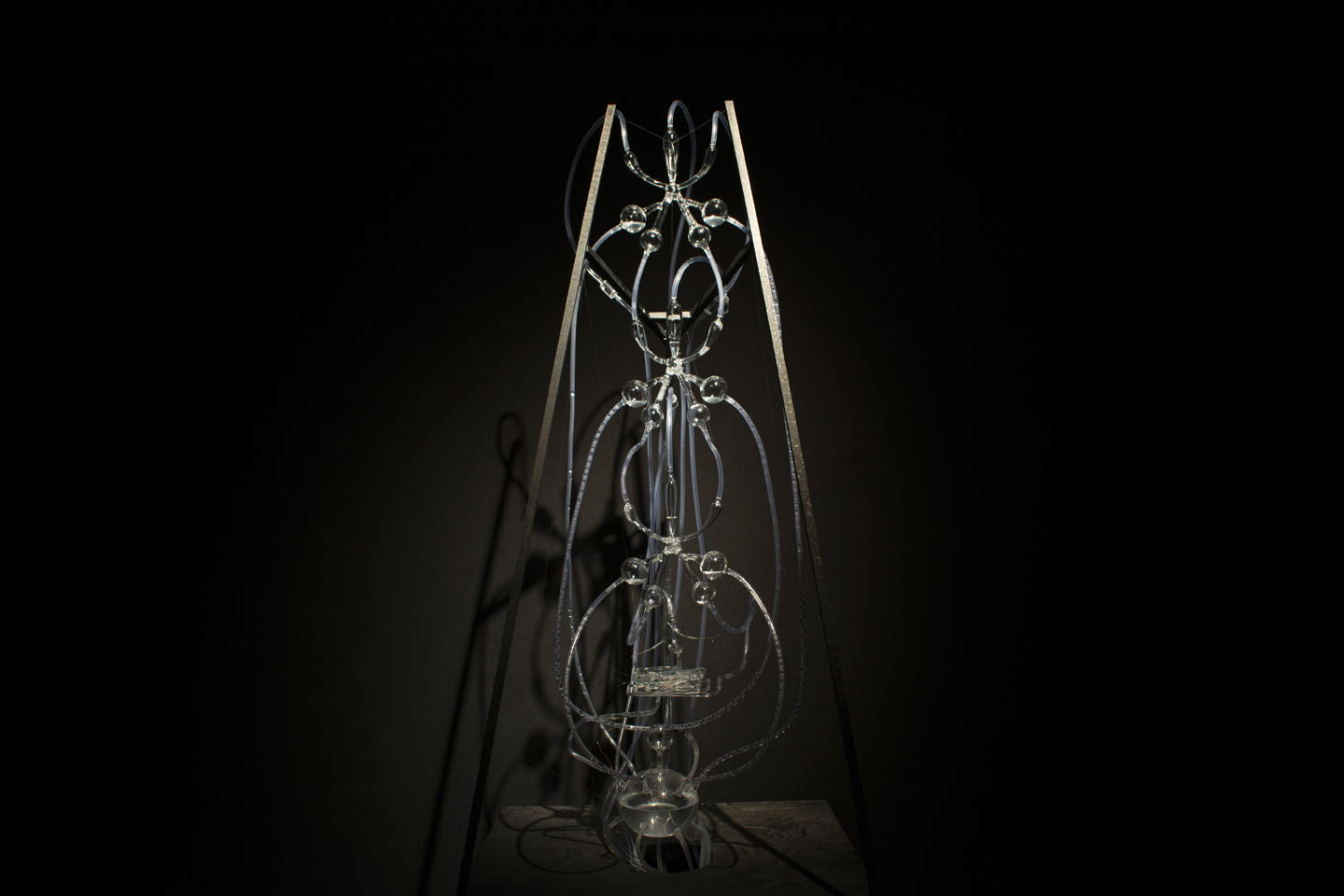 Ioana Bremer Moser (Romania) through a Luddite computer made of glass, water and salt, uses liquid to perform analog operations of fluid dynamics which, through a central nucleus resembling a brain, transmits sound input thanks to the micro movements of the water contained within.

The Viral of the Year category which was awarded to Etienne Krähenbühl (Switzerland) has been viewed 8 million times, the equivalent of the entire population of Hong Kong; the work consists of 1,600 metal pieces suspended to form a kinetic sphere that makes sounds based on the rhythm of the wind. 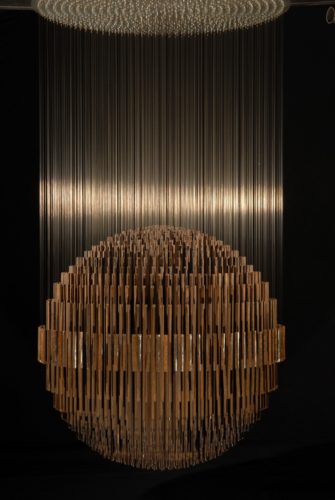