Rome will shortly see the opening of Spring Attitude, the Festival of Electronic Music, which since last year has also embraced art and media with the Spring + On section, curated by Caterina Tomeo.

Set against the backdrop of the MAXXI, the Festival will be inaugurated on 19 May, and continue on 20 May at the Ex Caserma Guido Reni. It will feature major figures from the world electronic music scene, including AIR, Gold Panda, Pantha du Prince, Matthew Herbert and Clap! Clap! During the opening at the MAXXI, John Duncan – the father of radical sound and performance experimentation – will give an audiovisual performance and an unprecedented concert actively involving the participants of a workshop held by him the previous day.

The site-specific performance “Altera LVSS”, produced by  Catenate, another of the Festival’s sponsors, will, for the first time in the history of the MAXXI (Museo Nazionale delle Arti del XXI secolo), use sophisticated techniques of video mapping to highlight the dizzying geometry created by architect Zaha Hadid. 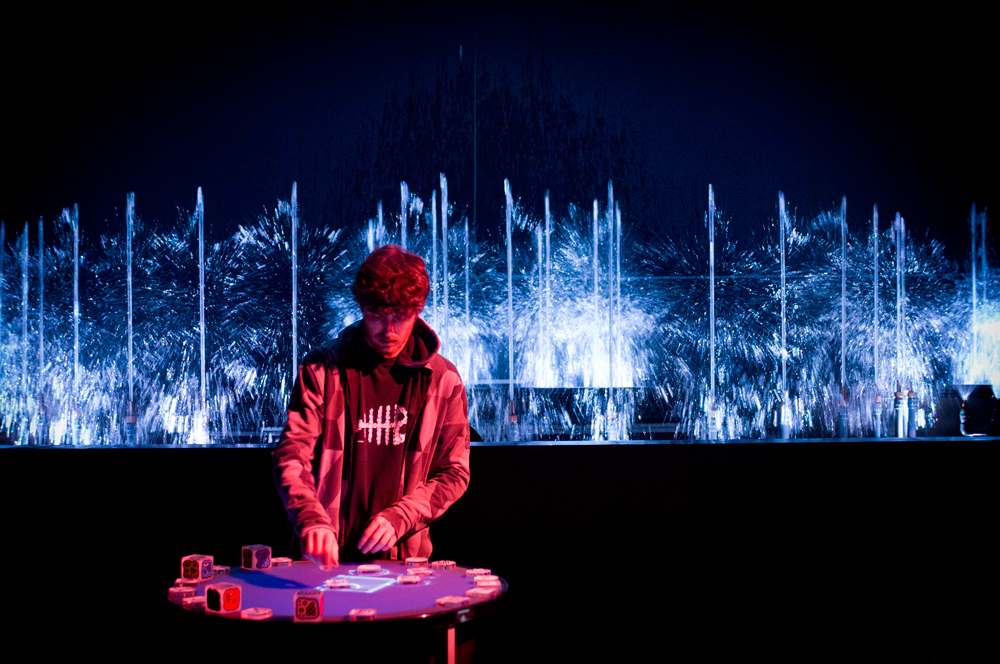 Meanwhile Davic Nod will bring the live act which opened the 2015 Barcelona SONAR to Italy for the first time: a perceptual and sensory experience using experimental sound, drone music and noise to give every listener a personal  experience in an exploration of the psychology of acoustics and the limits of human perception.

“The Right Place Where Not To Be”, an audiovisual project developed from the album by Giorgio Gigli and previewed at Spring Attitude 2016, is a visual evocation of the scenarios described by his music and recounted in the lyrics/content of the disc: the video work is by multimedia artist Alessandro Gianvenuti (aka Lord Z). 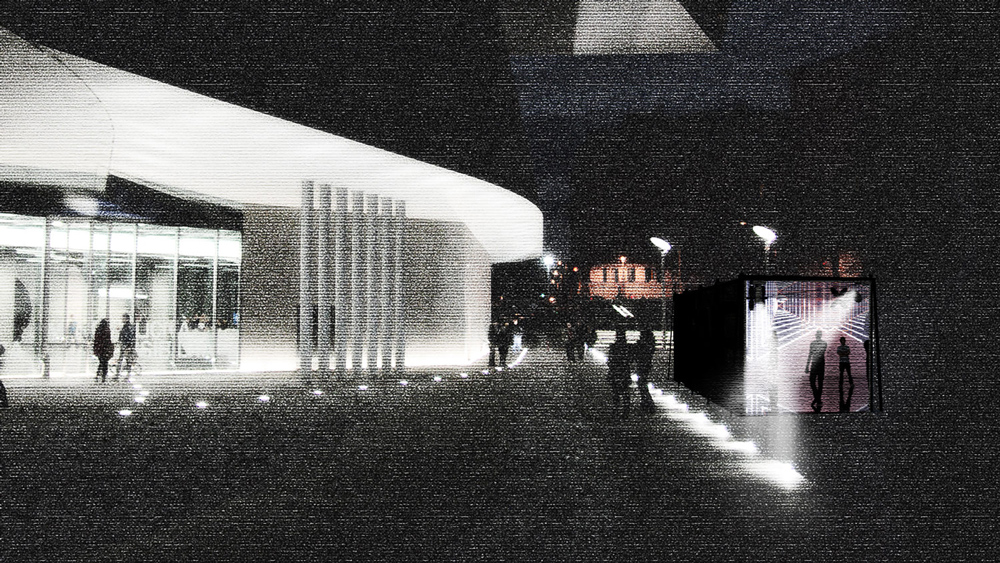 “Deep Dream” is the deep dream of NONE, an artists’ collective based in Rome which moves on the borders between art, design and technological research: this is an immersive multimedia installation which takes its inspiration from an algorithm discovered accidentally by Google. The project proceeds by means of visual associations, capturing files from the Google Images database, interpreting reality through a constantly-evolving shared imagination. Thanks to an innovative set-up consisting of a tunnel made entirely of mirrors, video and lights, the visitor is immersed in an endless space of random images, a visual and sound bombardment which projects her into a dimensionless streaming of data. The installation’s content is the reflection of our virtual activity, a re-elaboration of what we share on the web. A collective flow of consciousness to present a psychedelic vision of our posts: kittens, selfies, out-takes, tutorials,  pornography.

The Arts & New Media section will continue on 20 May at the Ex Caserma Guido Reni with the collaborative performance “Sound&Communities”, curated by musician and sound artist Francesco Giannico with the active involvement of students from Rome University of Fine Arts, who will re-process in real time the field recordings gathered in the Pincian district of Rome during a workshop. 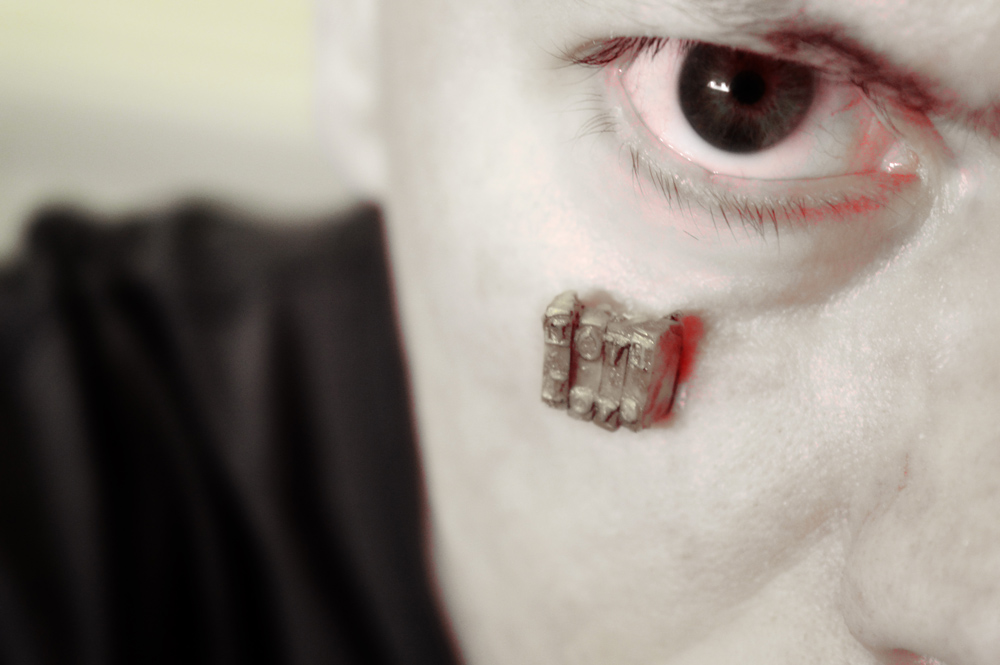 Somewhere between performance and relational aesthetics, Alex Cremonesi – writer of music and literature, as well as video artist and founder of La Crus – will present “Vinyl in Canvas”, the live set from his new musical project in conjunction with South Korean visual artist Hye Rim Lee, German painter Eckehard Fuchs, Italian video artists Masbedo, Croatian actress Lea Mornar and Carol Becker, director of Columbia University School of the Arts, some of whom have created the “artists’ centrepiece”, a limited edition of 200 copies, which must be broken in order to play the music it contains. 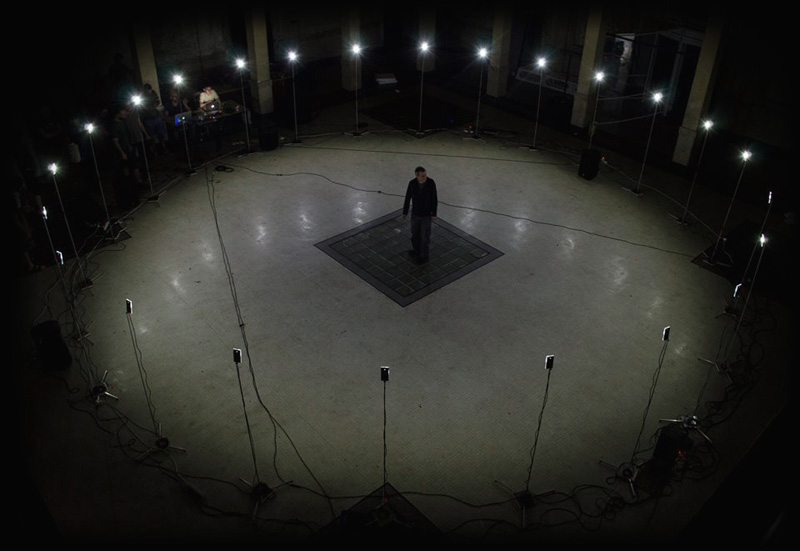 Otolab, the Milan-based collective of musicians, DJs, video artists, web designers, graphic designers and architects, will present for the first time in Rome “Punto Zero”, a performance of spatialised light and sound which constructs a sensory experience where the real landscape disappears and dissolves into the architecture of lights encompassing the viewer, distorting and  reconfiguring her perception of space.

“Echoes of the Crowd” is the interactive installation of the collective Metapherein, who use artistic and scientific investigation to study the relationship between creative expression and new technologies. By way of an interactive floor and live visuals, the work creates an immersive ambience where past and present coexist in a way which is evident to the senses; a meta-place where the elements of the ecosystem turn the public into active spectators.

Brand new this year is the “Educazione” section, headed by Caterina Tomeo in conjunction with Rome University of Fine Arts, featuring 3 workshops on the relationship between sound and visual art chaired by 3 leading figures in contemporary art: John Duncan, the Otolab and Francesco Giannico, to enliven   the RUFA (Duncan and Otolab) and the Museo Explora.