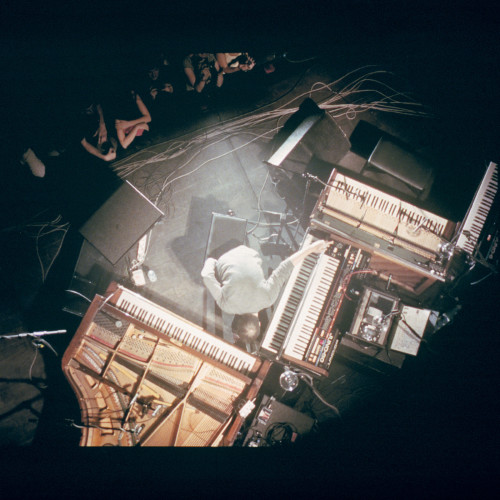 You can listen to a piece of music on line and fall in love with it. The next step is to explore everything that has ever been recorded or composed by the given artist. The beauty has fascinated you more than the mystery. A combination of love and obsession for every nuance of the musical and scenic resolution. This is what happened to me (and I hope the same will happen to the reader) with German musician and composer Nils Frahm (b. Hamburg 1982) who lives in Berlin and has a European tour scheduled until July. A pupil of Nahum Brodski (whose teacher was Tchaikovsky’s last protégé), Frahm began studying electronic music and developed his skills on the synthesizers and drum machines.

He unites classical and electronic music in his live performances where he creates a mix of grand piano and/or upright, Rhodes electric piano, Roland Juno-60 (the 61-key polyphonic synthesizer) and Moog Taurus (a foot-operated analogue synthesizer) with his very own energy and technique.

Far-reaching harmonies that follow his movements in a fluid manner.

Frahm’s gives tactile musical performances where the audio material is moulded with intensity, often tracing and redesigning musical figures in an immersive loop that is enthralling and penetrating.

A universe of sound that escalates in a rotation of music somewhere between the mystical and material spheres. A sound that consumes and regenerates itself, stopping for a breath to then resume with another one.

The power in his hands as they move across a keyboard, grasping a scale or passing along many notes. 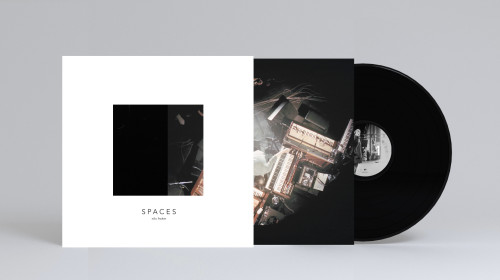 Spaces, the album released in 2013 with Erased Tapes Records, is sound in dance, melodies floating on a surface that challenge gravity. Recorded over a two-year period in various places and with different support systems including old portable cassette and reel-to-reel recorders, the title Spaces indicates performance areas and introspective soundscapes: the ones created during the exchange between performer and audience – something magical and universal.

An indefatigable experimenter, Frahm has investigated the possibilities offered by the piano under the most constricted circumstances.

Screws (2012) is the successful operation following an injury to his left hand: a situation that is very hard for a pianist to metabolize. We could describe the result as an album written and composed with “9 fingers”. One piece for every night of his convalescence, tracing the notes of the scale  (You, Do, Re, Mi, Fa, Sol, La, Si, Me).

Playing at night in order to avoid disturbing others is another challenge for a pianist. He has created microscopic, delicate sounds in solitary and silent atmospheres by placing felt on the strings and playing as softly as possible. And so Felt was released in 2011.

Finesse and energy, ascending and descending melodies, the infinite and intimate possibilities offered by the piano.

His most recent album SOLO (released on 29 March 2015) is an album of improvisations without any overdubs recorded with a Klavins M370. With this SOLO he has begun a fundraising campaign for Piano Day, the day created to host a variety of exciting projects linked to the piano that is celebrated every 29 March.

The first goal is to build a Klavins M450, the largest piano to have ever existed and measures 4.5 metres.

And listen to it with your eyes closed.

Over the years, Frahm has also worked in collaboration with Peter Broderick, Ólafur Arnalds, Peter Broderick and – more recently – with Sarah Neufel, member of Arcade Fire.

Included on the list of the 20 best live performances of 2014 by Resident Advisor (RA), the online magazine specializing in electronic music. You cannot miss him at Rome’s Teatro Quirinetta on 5 May! Spring Attitude Festival is waiting for you!