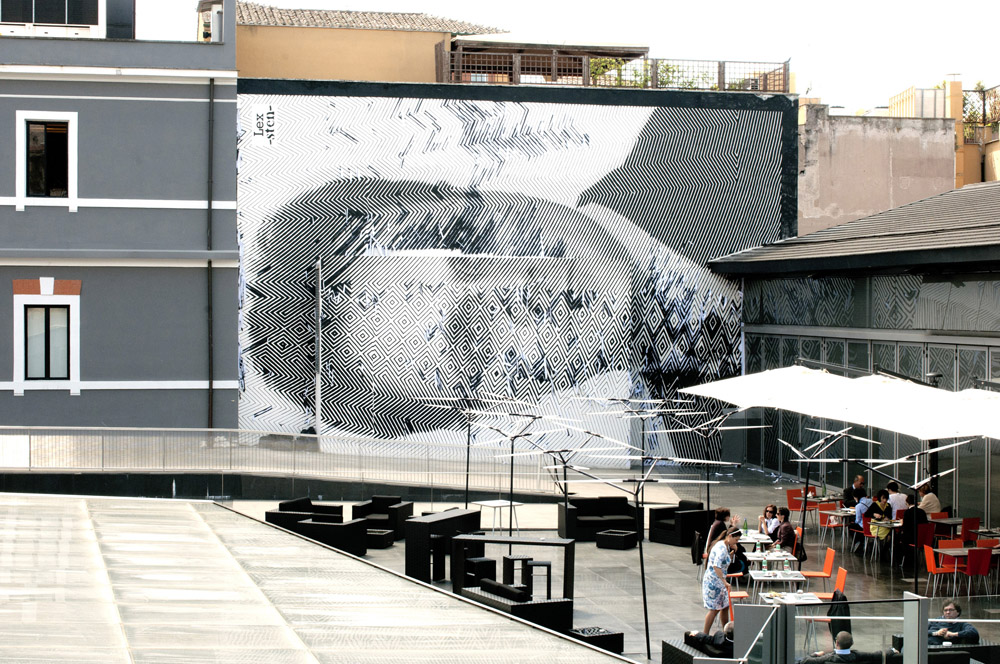 Sten Lex, pioneers in stencil technique in Italy and internationally reknown, are now presented in the solo-show «Matrici Distrutte [Destroyed Matrices]». The project investigates their technique and artistic process. For the artists, in fact, technique and process are of equal importance in the finished work, and are an essential part of it. A metaphor for life, in which the journey and the destination have the same importance. As the very title reveals, the matrices of the stencil are destroyed during the creative process. In their stencil posters, the scraps left hanging on the surface are a part of the destroyed matrix and communicate an aesthetic sense of transformation, of becoming. Using the destructive process as a part of the work, the artists surpass the limits imposed by stencils, a technique that, in its own right, limits the sign and sets boundaries. In a paradoxical way, the artists come to cancel the defining characteristic of the stencil itself: its reproducibility. Once the matrix is destroyed, in fact, the work becomes unique and can no longer be recreated. Life becomes unique and is no longer reproducible. 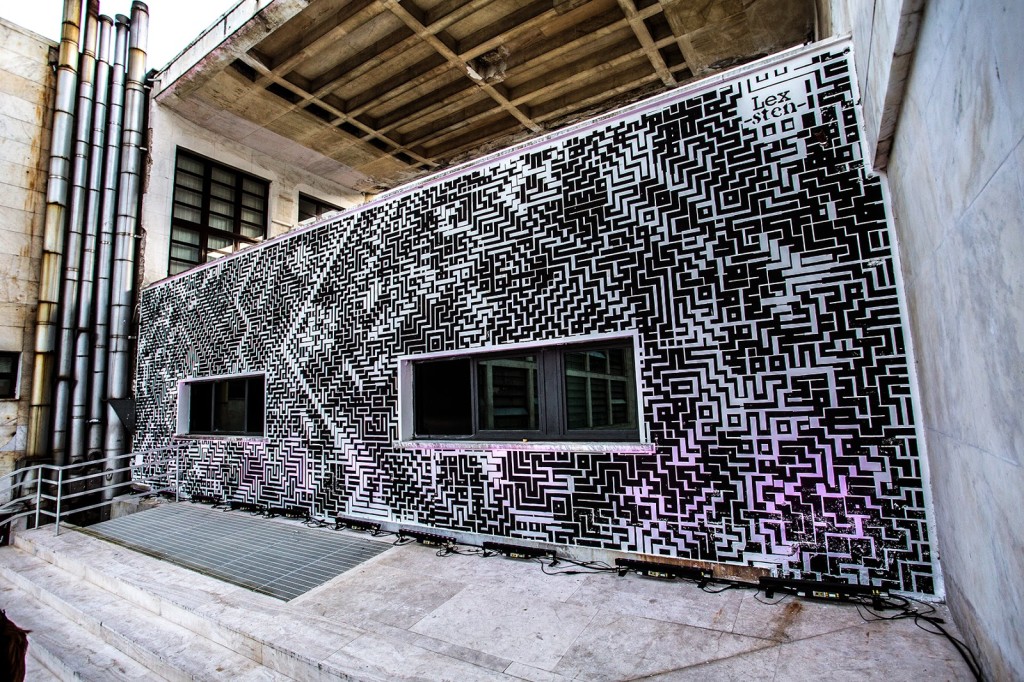 They got their start in 2001 on the streets of Rome, and since then their work with stencils has been in constant evolution. They introduced innovations such as «Hole School», which applied mezzotint technique to stencils and changed the perceived image from abstraction to figuration according to the distance of the observer. In 2010, Sten Lex began to utilize «Stencil Poster», a technique invented by them: the artists paste a poster to the surface, cut out a part of the figure as with a stencil and then paint over the «matrix», ultimately ripping off the paper to reveal the final image. For their exterior installations, the paper is removed organically by natural factors: the piece, therefore, is transformed by the passing of time, and it is revealed according to atmospheric rhythms. (from the press release) 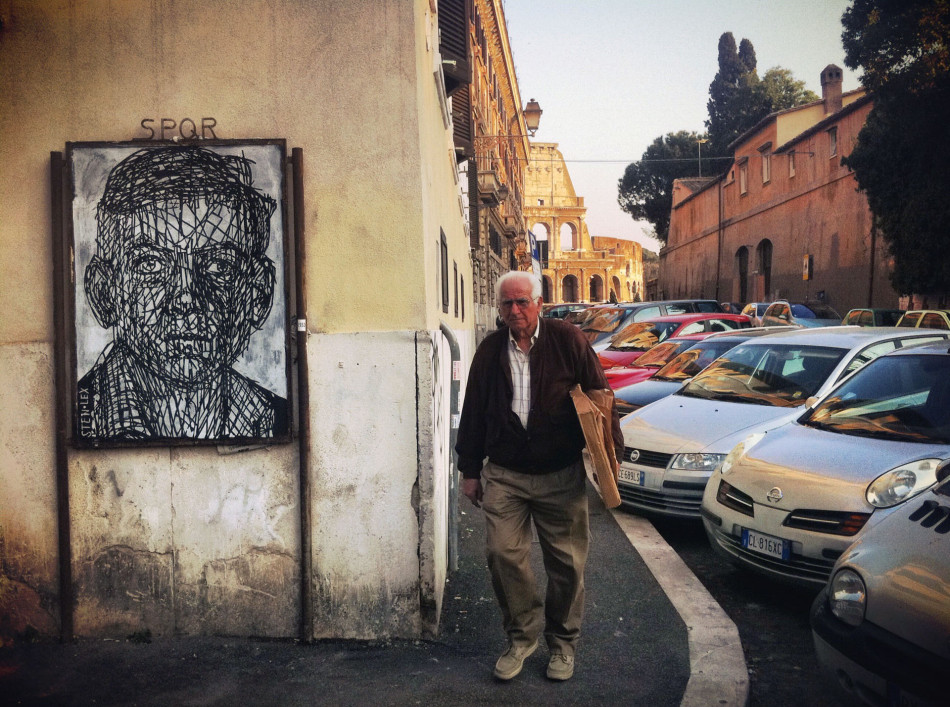 Sten (Rome 1982) and Lex (Taranto, 1982) are among the most internationally recognized Italian street artists today. Included in countless publications, they participated in The Cans Festival in London in 2008, upon invitation by Banksy, and The Nuart Festival in Norway, one of most important street art events in the world. Their works have been shown in prestigious national and international institutions, included in precious private collections and have been held in institutions like the MADRE Museum in Naples, and permanently at the MACRO in Rome. Matrici Distrutte is part of Wunderkammern’s new artistic project Limitless, inaugurated with Spanish artist Sam3 and French artist L’Atlas. Limitless explores the concept of limit in its possible shapes and manifestations, designating Art as the preferred means of overcoming barriers that we are subjected to on a daily basis, and of reflecting on limitless reality. 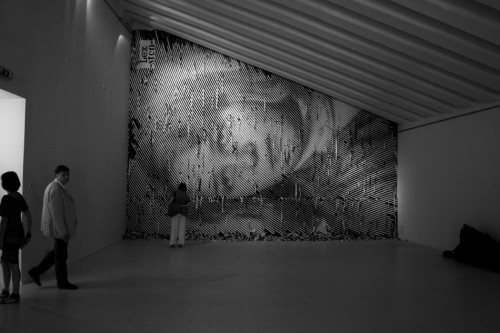