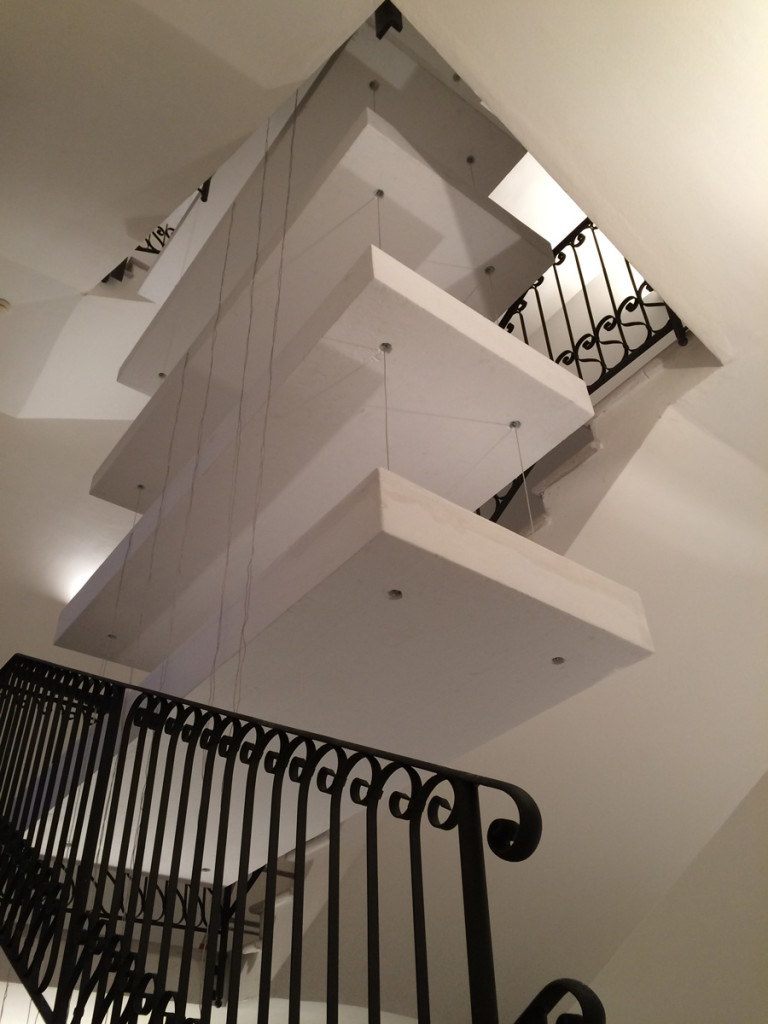 The recent and much anticipated inauguration of the second floor of the Palazzo Buonaccorsi (an illustrious monument by the Macerata Museum circuit directed by Alessandra Sfrappini) is presenting a portion of a collection dedicated to modern art accompanied by carefully structured audio-visual and multimedia support. For example, the ones available in the room dedicated to Ivo Pannaggi (Macerata 1901-1981) are state-of-the-art. The exhibit was developed into an intense 16-stage itinerary presented in 16 different spaces that tell of 16 separate stories and «counter-stories» following a chronology that is engaging, linear and timely.

Alongside this new and exciting voyage among the narratives of 20th century Italy, the museum also offers an on-site project created by two professors at Macerata’s Accademia di Belle Arti which invites the public to climb the flight of stairs along the left column of the museum to savour a gradation of sound, a soft yet angular and creamy structure. Spatialization and objectualization of a musical theme, Passaggi di scala (2014) is actually a multi-disciplinary tribute to Stefano Scodanibbio – a man who expanded the horizon of music beyond the confines of timbre, harmony and spectrum of sound. 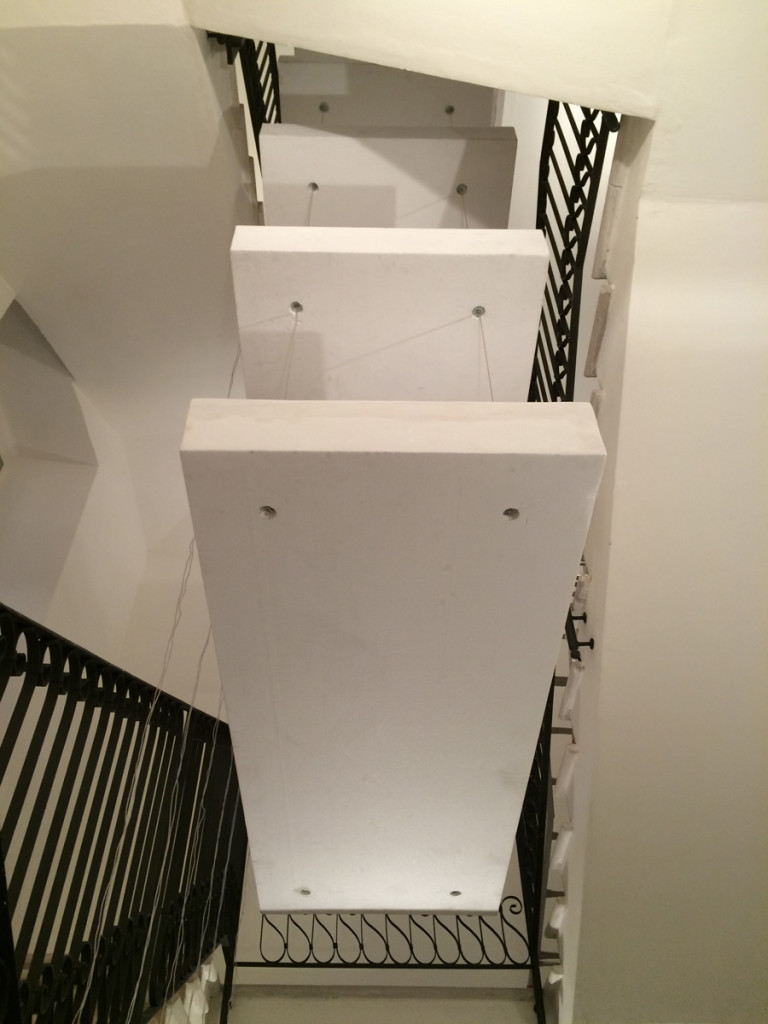 Designed by Stefano Sasso and Benito Leonori (in collaboration with Gianpietro Frabetti and Enrico Pulsoni) for the gap in the service stairwell of Palazzo Buonaccorsi, this work was conceived as an obligatory obstacle, like a polyphonic design or a synoptic manoeuvre that embraces semiotic structures of different origins and extractions for the purpose of transfiguring the intangible and ineffable nature of music into a physical frame, vibrant corpulence and imaginative (abstract) carnality.

Clean, pristine, delicate and only seemingly gelid, Passaggi di scala is a site-specific work that absorbs the compact environment of the internal architecture in aesthetic twists and turns in which even shadows become an integral and functional part of the work (in true Duchamp style), of a perpendicular space that horizontalizes and directs the gaze of viewers in order to orient (or disorient) them towards a path that is marked by changes and repetitions. From rhythmic movements forward that drills through the staircase to converge towards an extremely lightweight model-structure of monumental nature and a Nachfolge of seven gravities, seven parallel planes corresponding to the sound blitz – endorsed by conducting cables that correspond to containment cables. In fact, the work invites the public to listen to a passage of sound while «reading» a model landscape at the same time – designed by six tiers in Polystyrene 30 (as well as by a seventh adagio made up exclusively of the soil and the final stair which absorbs and returns the lower acoustic frequencies) – to create an allegory of the musical scale, a joyful metaphor of a tonal path and a physical and metaphoric itinerary that unites the world of art to the fragile and restless world of life under the same skies.