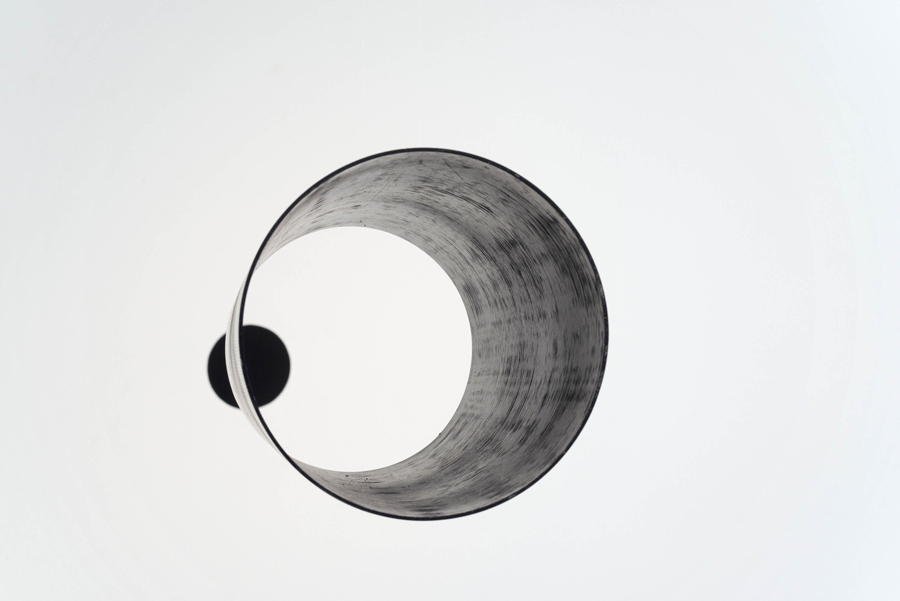 The encounter between Donato Piccolo and Maurizio Mochetti and the coupling of their work is where «Luce retta, calore freddo, suono visible [Straight Light, Cold Warmth, Visible Sound]» shapes from. This is the seventh exhibit project by Andrea Bizzarro and Matteo Boetti hosted at their Bibo’s Place gallery in Todi, Italy. Two artists and two different generations belonging to different backgrounds who have both worked outside any trend. Maurizio Mocchetti is known for his research on space in its dimension of infinity, for his work on photons to sculpt light and his use of laser and any other technology of the moment that has proved its ability to drive perception beyond the threshold of the visible. In a polyhedral production, Donato Piccolo is known for his way of recreating atmospheric phenomena inside display cases. In these authentic micro-ecosystems host natural phenomena burst out to behave following the laws of nature (those set up in the circumscribed environment).

Many of the projects by Mochetti and Piccolo are based upon the instinctive fascination with physics they share. The artists are in regular contact with professionals from this sector and work together to reach and visualize the invisible that which exists in the process of natural phenomena (Piccolo) and that built in the spaces of light (Mochetti). 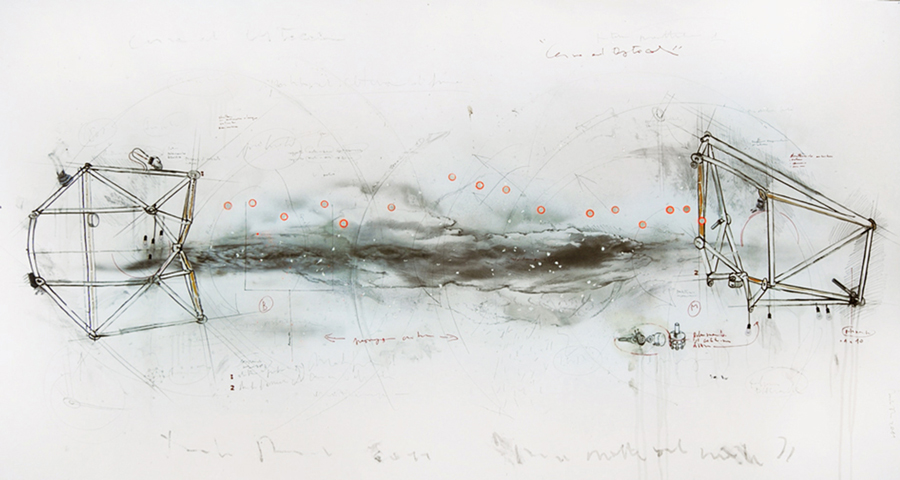 «Kinetics, light, dynamism, electromagnetic energy, natural and chemical elements, laser, links between cause and effect as well as sophisticated technology are the creative angles through which Mochetti and Piccolo overcome the physical dimension of the gallery’s space, converting it into a place with no boundaries in which the works of art materialize like inevitable traces of an idea and like the need to mould aspects that are not mouldable in the natural world».

Several drawings signed by Piccolo and Mochetti are comprised in the show. They represent an important step in the creative process for both artists. They are works per sé as well as preamble of the finished work, where the end composes the beginning of multiple transformations – as many as those dictated by the conditions of space and casual intrusions that steadily re-establish new and original balances. 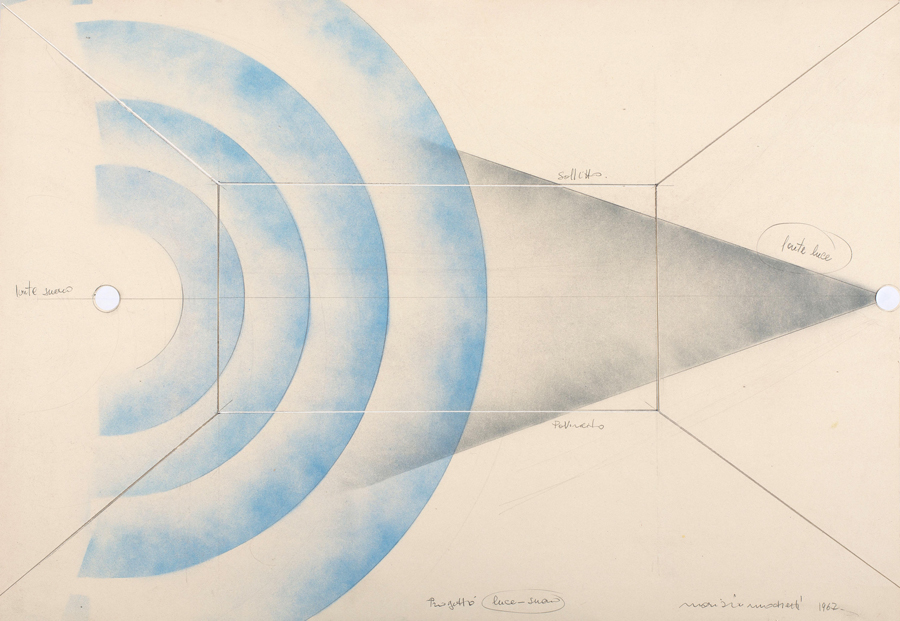 Among the sketches by Mochetti on display, worthy of note is the inclusion of those presented at his first solo exhibition at Rome’s La Salita gallery in the 1960s. Placing the project and the process at the work’s end was a totally radical gesture for the time and incomprehensible for most.

The comparison of works that converge at certain points of diverse research processes and levels of maturity are heightened in a work created together for the exhibition, the seal of an intense and ongoing dialogue and exchange between the two artists. The work is consolidated around an oscillating frame, a project begun by Mochetti in the 1970s and recently completed in collaboration with Donato Piccolo who created a painting for it, result of an intense dialogue between the two. To a second look, the classical appearance of the portrait – featuring a tornado in action – reveals the complexity of the work with Mochetti’s complicity. Thus, the work becomes a travel device to help us cross through spatio-temporal barriers. The painting and its frame harmonize to perfection; they blend together to guide us beyond the threshold of the visible, beyond time. Holding the memory of the portrayed landscape is impossible since its motion hypnotizes us with the intention of cutting us off from both content and receptacle as it leads us into the fifth dimension.