Synth-wave and cover art for Eugene 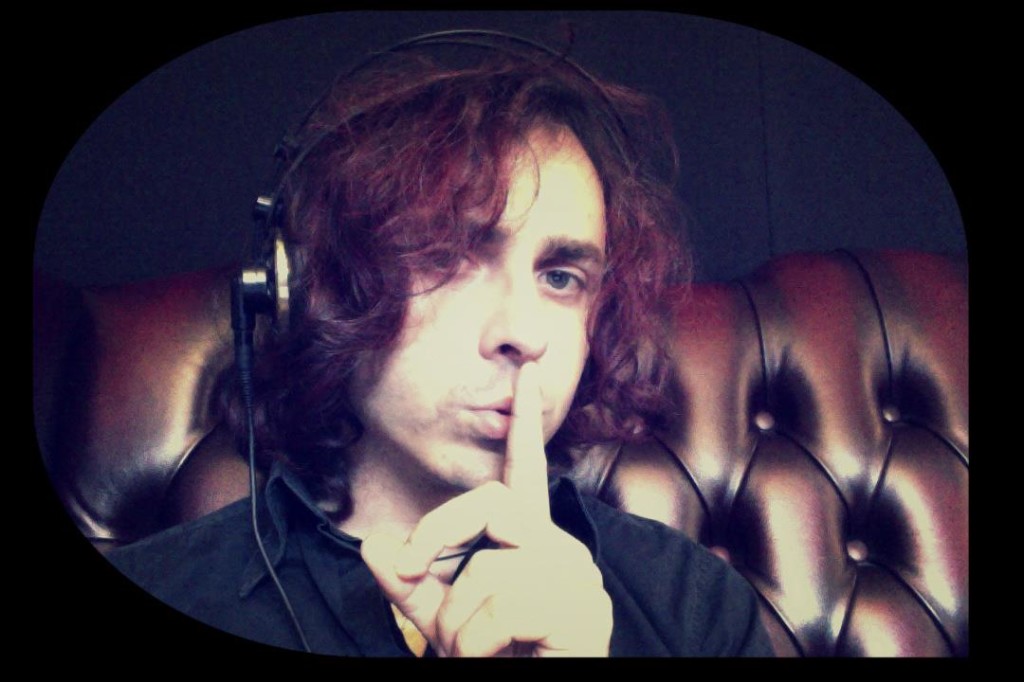 Musician and lover of modern and contemporary art, Eugene operates in the space between the most experimental electro-pop and the sound universe of the seventies and eighties. Without falling into nostalgic exercises, he retains a progressive view of his music-making which never abandons a “visual” perception of music, nourished by references to the most influential figurative artists of the past two centuries. Be it film score, rock, techno or avant-garde, in his work the tastes of numerous great artists come together, from the singer Garbo – one of the icons of our own Italian New Wave – to the father of video art Gary Hill. Here Eugene chooses and describes his favourite album-cover art – all drawn from the two-year period 1979-1980: (Susanna Buffa) 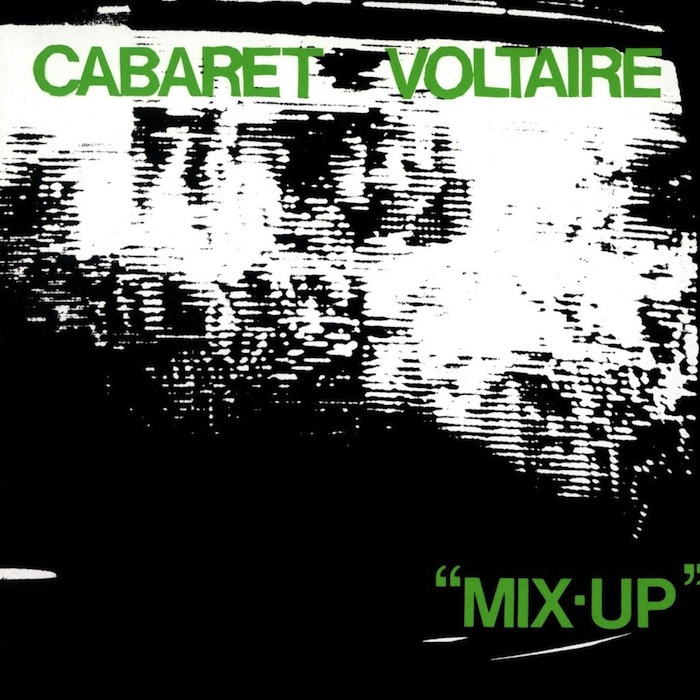 No artist is credited with the creation of this album cover, although at first sight I might be tempted to think it’s a multimedia experiment by Gary Hill. With its rough graphics  and layout I find it utterly fascinating, simultaneously ancestral and modern. 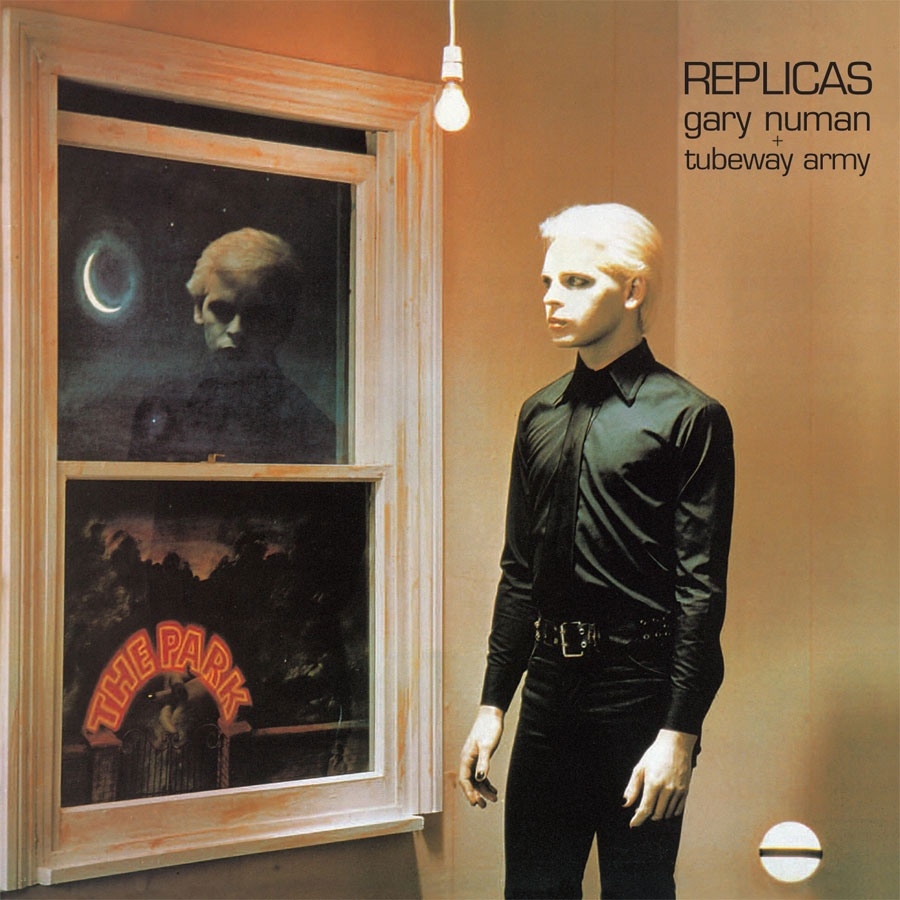 This is the realm of surrealism, somewhere between Magritte (later referenced even more explicitly in the artwork for The Pleasure Principle) and Delvaux. Starting with the title, and continuing with the cold, robotic image of Numan, I see proto-cyberpunk suggestions, so beloved of many New Wave artists and legitimised in the mainstream barely a year previously with Kraftwerk’s “Die mensch Maschine”. 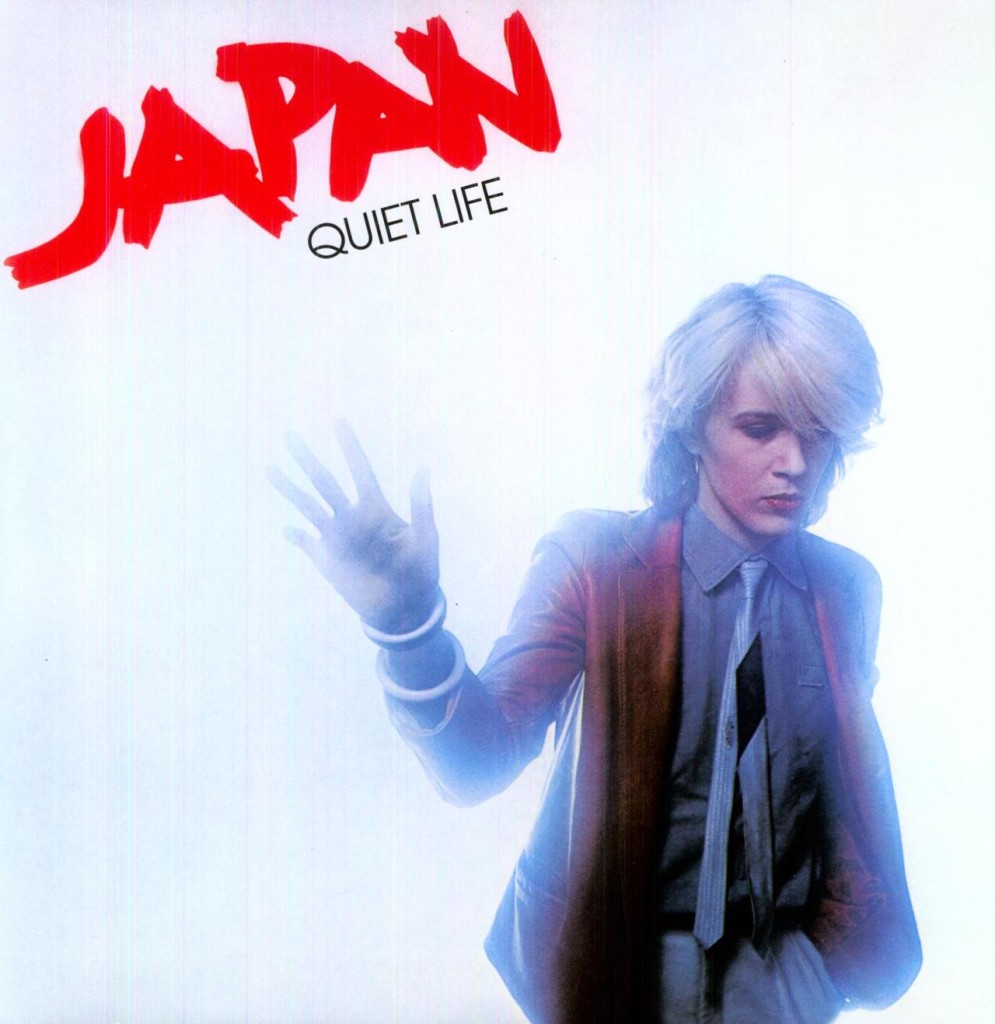 A cold, all-encompassing light and the charismatic figure of Sylvian are more than enough to give this cover art its own unique splendour. Essential and elegant. 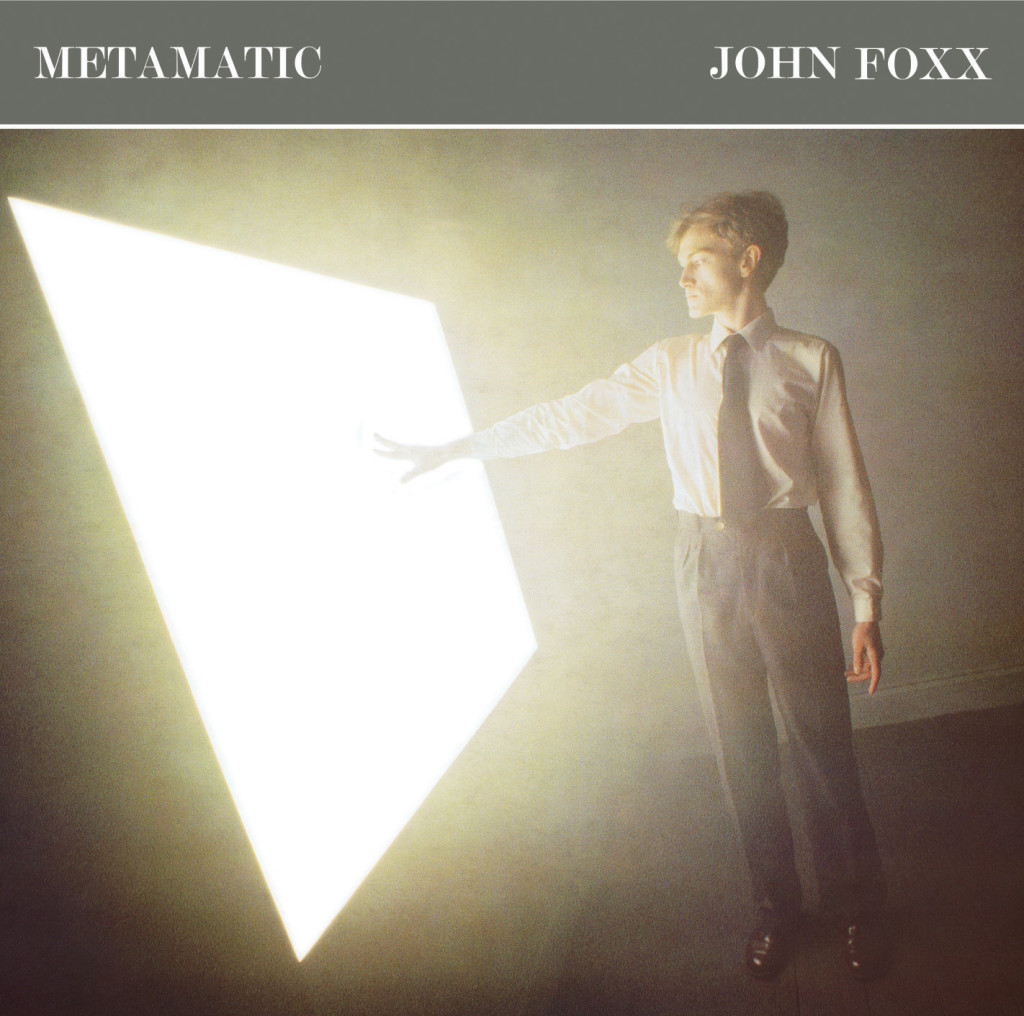 It could be the Japan cover from a different angle: we can see the source of the light, halfway between a video screen and a space-time portal, but reaching his hand out to it we see not a worldly dandy but instead a scientist, immersed in his glacial yet seething Mitteleuropa 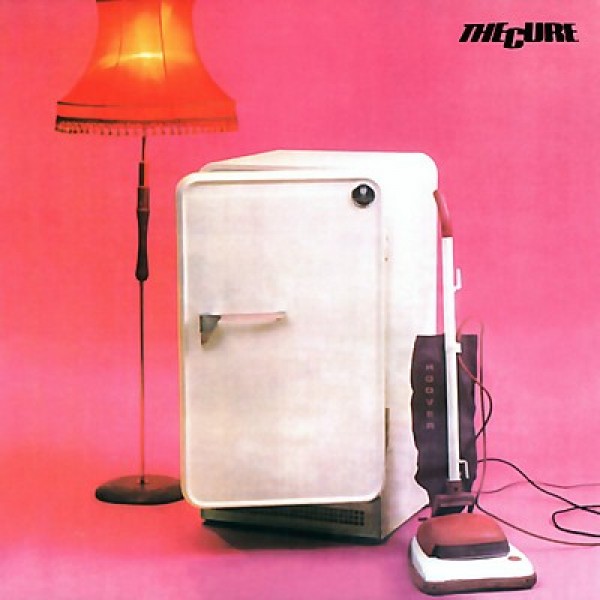 For their debut album, the trio Smith-Dempsey-Tolhurst is represented by a lamp, a fridge and a vacuum cleaner. Beyond its symbolic intention, this mysterious cover reminds me of certain works by Storm Thorgerson and his studio Hipgnosis. Apparently this is the only cover in all the Cure’s discography of which Smith did not approve. 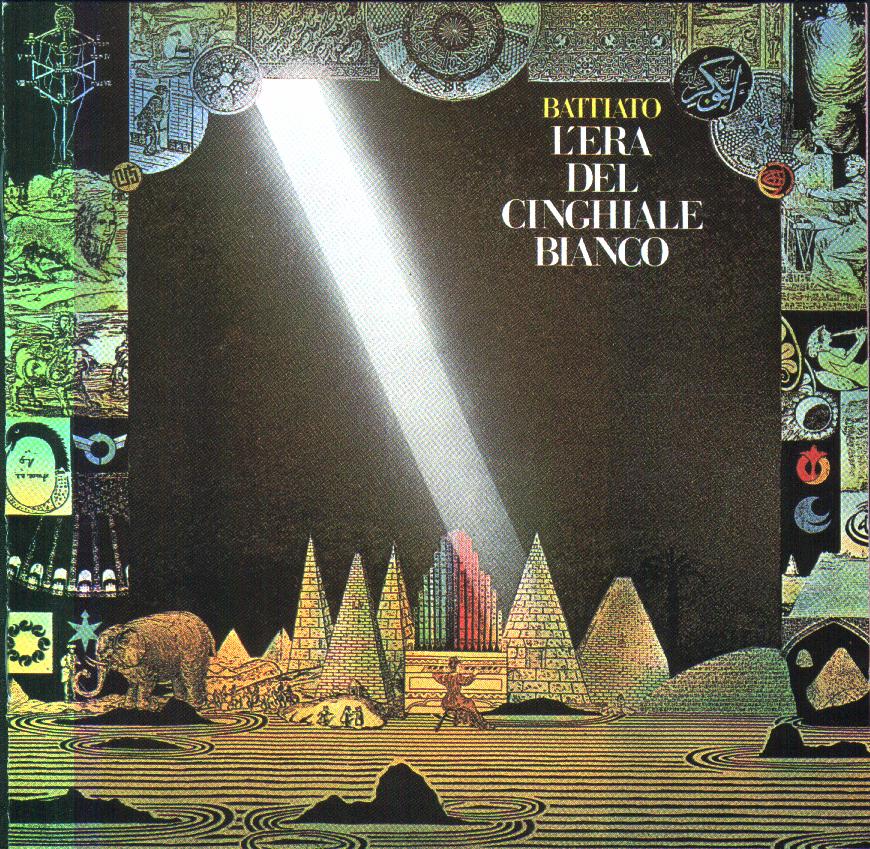 Mythology and esoteric culture are at the heart of this album, in which Battiato returns to the song format after a long period of experimental music, and it draws inspiration from René Guénon’s work “Symbols of Sacred Science”. The musical and textual result is complemented by Francesco Messina’s artwork, a visionary and evocative collage with elements of Celtic myth and Hindu tradition. 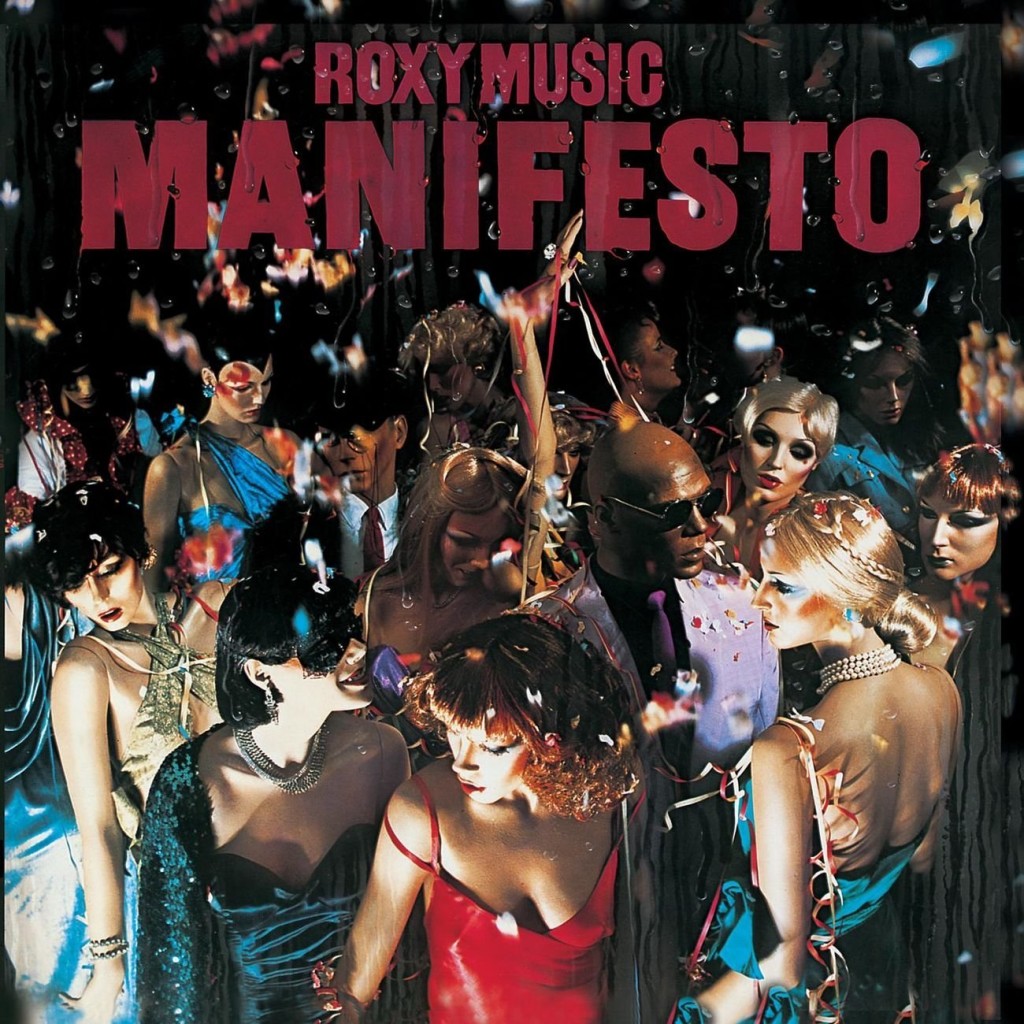 The cover of Roxy Music’s sixth album shows a glittering party taking place. But the glamorous event is attended only by exquisitely dressed mannequins (as Bryan Ferry always appears). Dominating the scene is the album’s title, deliberately presented in the font used for “Blast” literary magazine. The same idea is also used for the picture disc version, but this time the mannequins are naked. 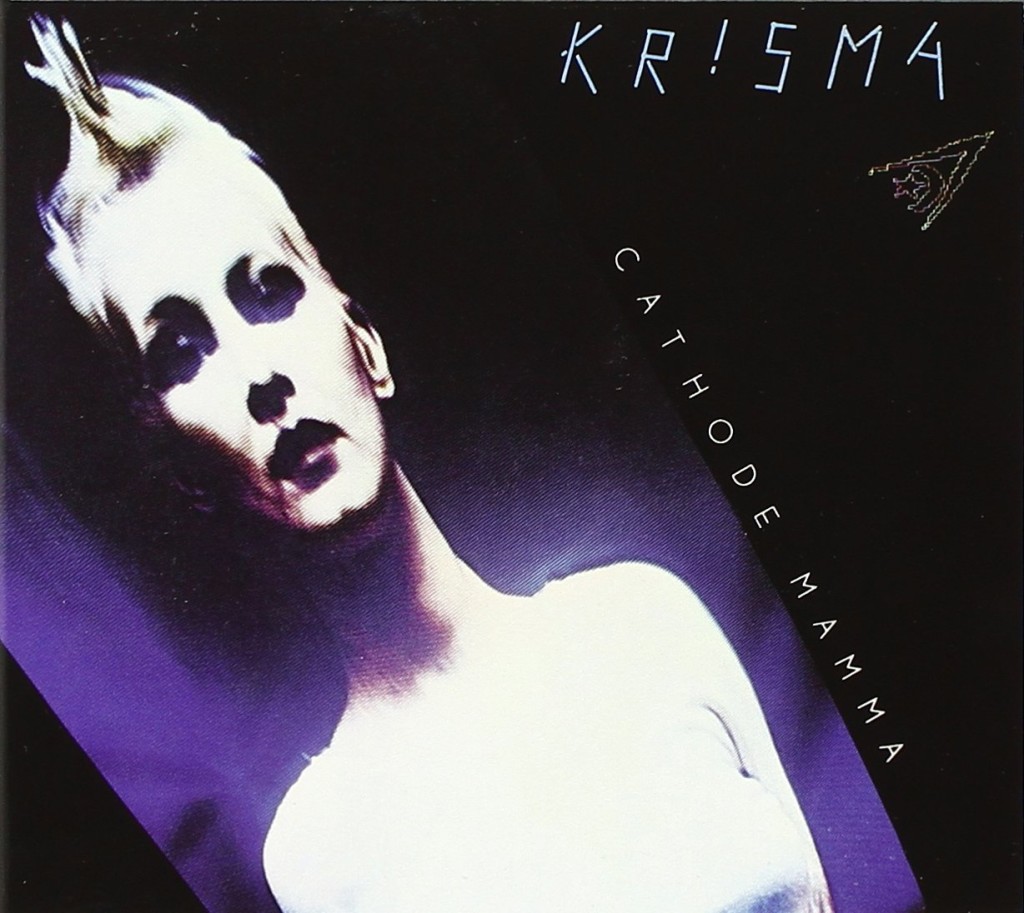 One of the few examples (besides Garbo and Faust’O) of Italian electronic New Wave known internationally. It is really a very long time since the days of Festivalbar 1976, when Christina Moser and Maurizio Arcieri performed the exotic and provocative “sexy music” of “Amore”: for the cover of this album (on which even Hans Zimmer collaborated), Cristina chooses a bleak, cold look, almost android-like, to better suit the synthetic flavour of the tracks. 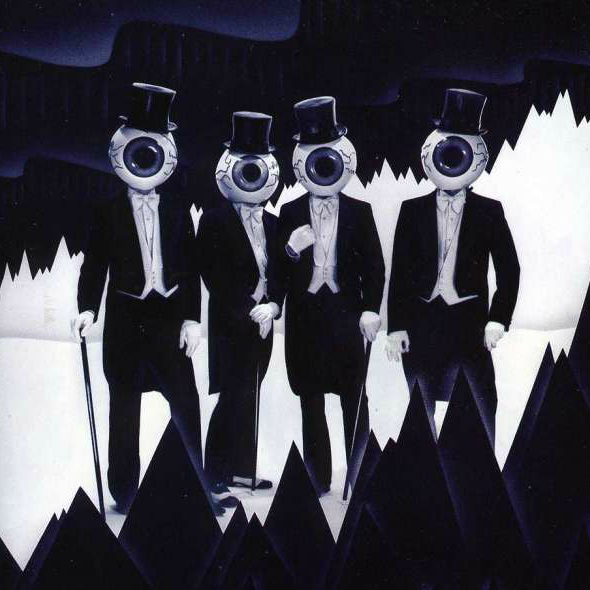 Unique, sacrilegious and mysterious (they never revealed their identity in public)! Surrounded by a stylised arctic setting, the Residents pose for the first time in top hat, tails and their grotesque eyeballs, the look which would rapidly become their trademark. 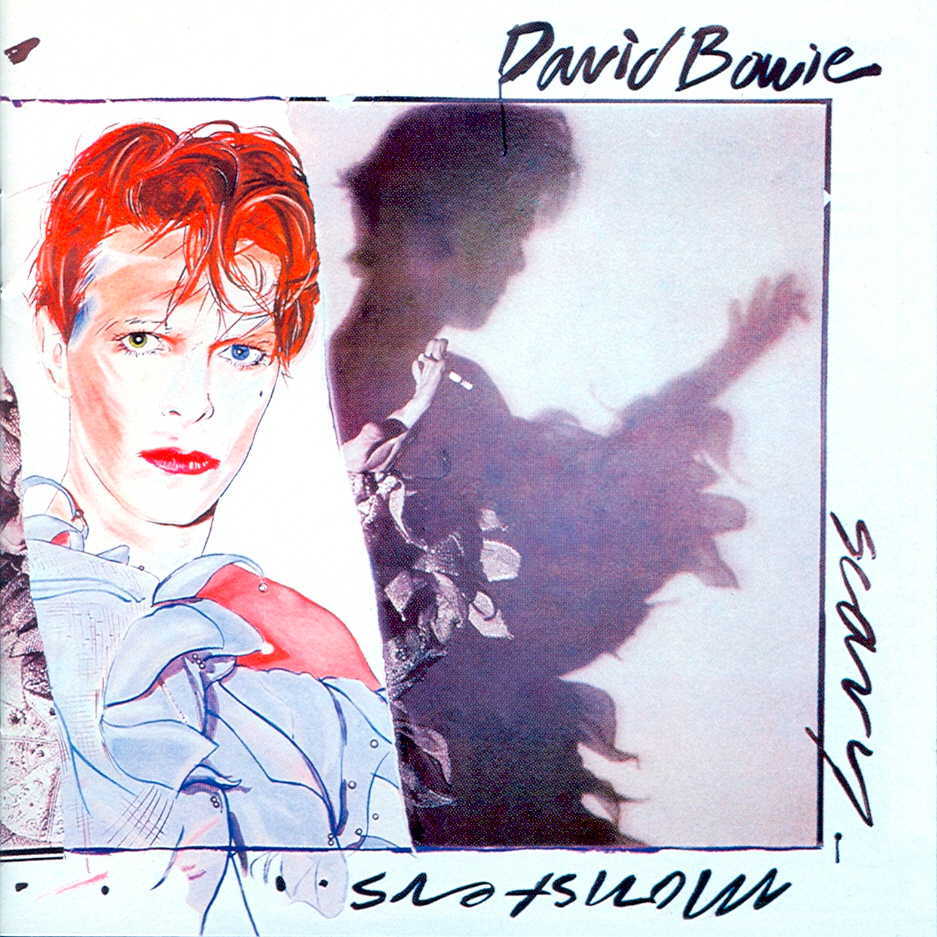 In this cover I see a kind of chemical balance between two stages of Bowie’s career, following his electrifying Berlin Trilogy. The Pierrot from the “Ashes to Ashes” video lives on in Edward Bell’s drawing and Brian Duffy’s photo (of his shadow). Having inspired dozens of artists, sons and daughters of New Wave, the Duke appears to reaffirm his position with the expression on Pierrot’s face, a mixture of severity and melancholy. Self-referential but always careful to avoid self-congratulation (“My mama said to get things done, you’d better not mess with Major Tom”, from “Ashes to Ashes”). 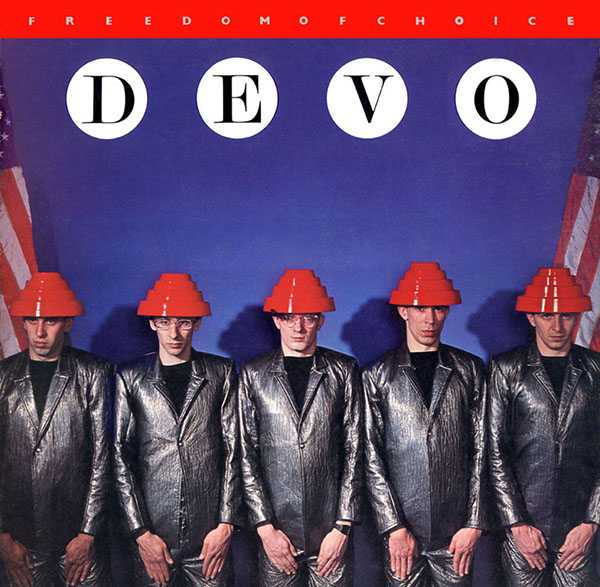 To overcome their “freedom of choice” and liberate themselves from the oppressive structures of modern society, Devo seek to harness all their brain energy by wearing their legendary Energy Domes, bizarre plastic hats in the shape of a ziggurat (or, more banal, a flowerpot), designed by singer Mark Mothersbaugh and bass player Jerry Casale and inspired by the Bauhaus movement and Aztec temples. 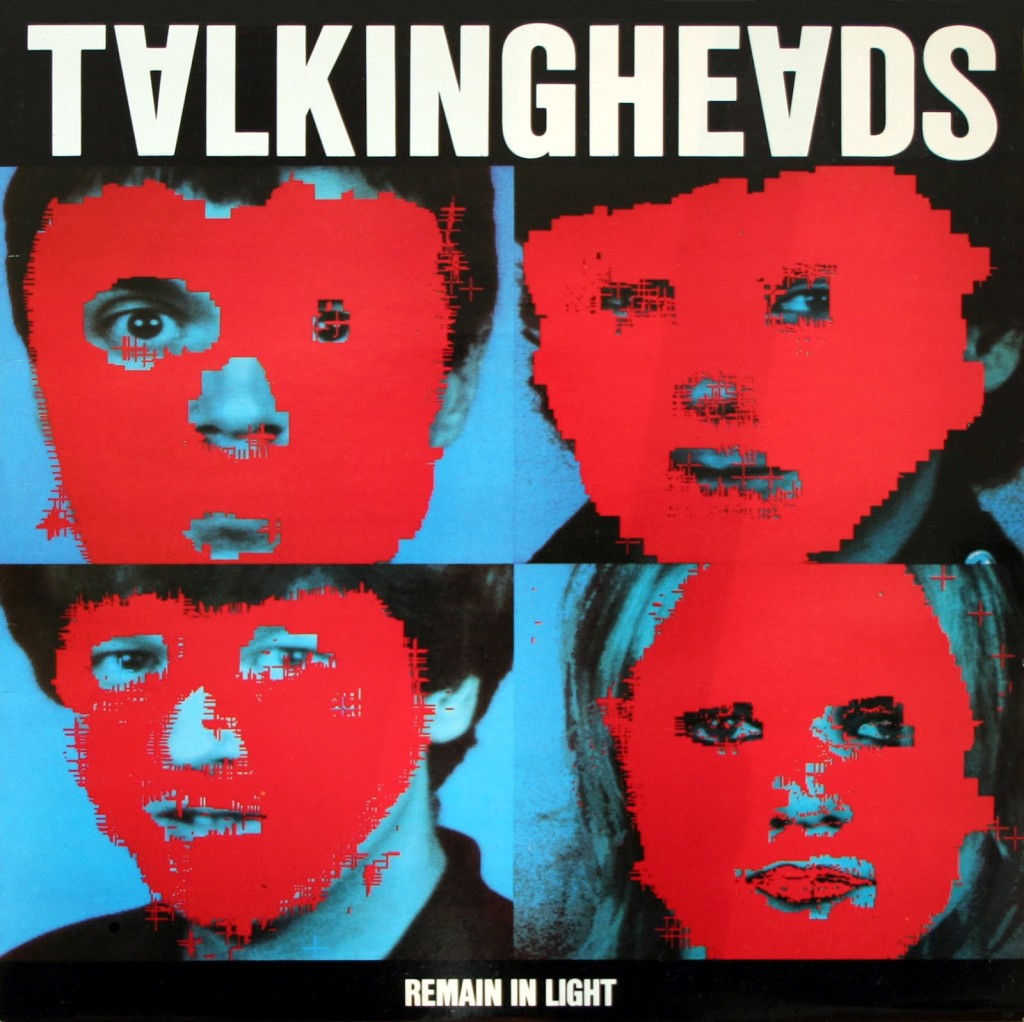 The widespread use of experimental techniques in this album is expressed visually in its artwork through a fairly complex (for the period) computer-generated image of the band members’ faces, blanking out their identity and giving them an appearance which is disturbed, in a psychological sense. Tina Weymouth had even initially suggested – clearly intending to be controversial – superimposing Brian Eno’s face over theirs, as he not only produced the album, but had also asked to appear on the cover as the fifth member of the band. (Eugene)