by Arshake
in exhibitions, Tempo Imperfetto 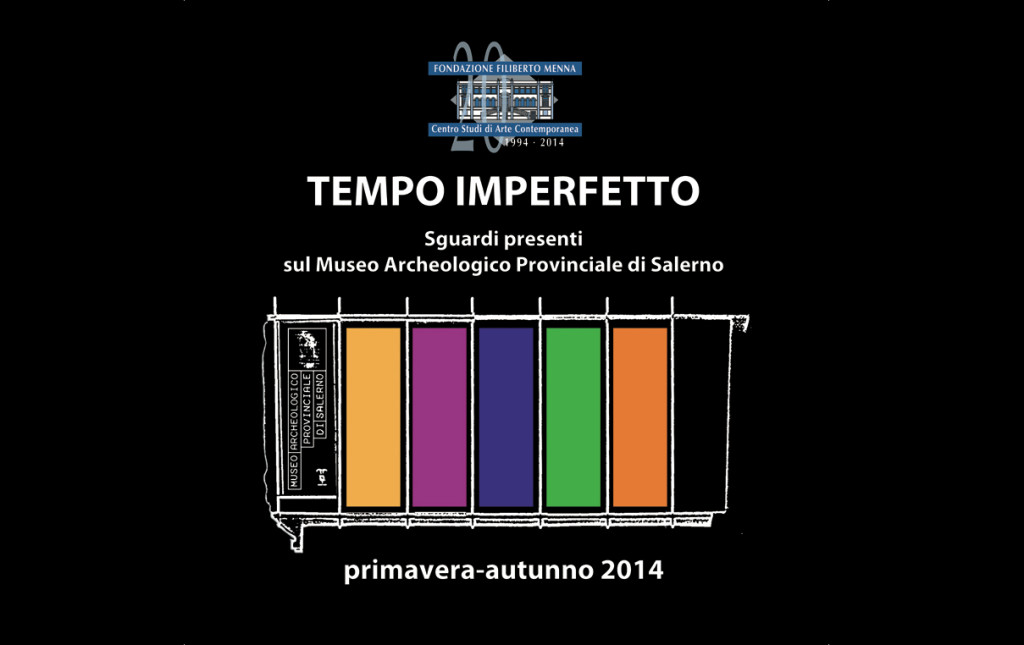 The inexhaustible newness of the past combined with the transient nature of a present that turns all too easily into ruins. It is in this constant tension that a tense is defined – our time, so to say, that is plural and anachronistic: a post-historical condition where passion for the museum and the triumph of the archive («where things get their beginning», in the words of Derrida) corresponds to the rapid consumption of all solid chronology, the multiplicity of stories, the horizontal and universal extension of the tag that is the result of a tension, a euphoria which can even be described as «intoxicating and mind-expanding» (Frederic Jameson). This is the complex scenario which the Fondazione Filiberto Menna – Centro Studi d’Arte Contemporanea Foundation and Contemporary Art Study Centre intends to reflect upon through a well-structured critical and expositional project focusing not so much on the final result of a work of art but more on its process – on the time each artistic creation calls upon and demands in a place as specific and full of meaning as a Museum.

Tempo Imperfetto. Sguardi presenti sul Museo Archeologico Provinciale di Salerno (Imperfect Tense. Present-day Glances of the Archaeological Museum of the Province of Salerno) is the title chosen for this exhibit series which will be presented from May to November of this year in the prestigious halls of the Il Museo Archeologico di Salerno, one of the places most filled with the spirit of Salerno’s old town centre. 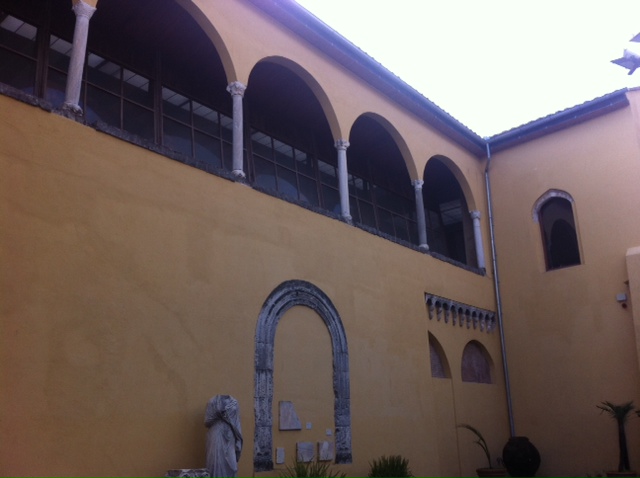 The series is presented in collaboration with the Fondazione Filiberto Menna and the sponsorship of DISPAC – the Science of Cultural Heritage Department of the University of Salerno and the Academy of Fine Arts at Macerata.  The project opens the series of initiatives commemorating the Fondazione Menna’s twentieth anniversary and is curated by Antonello Tolve and Stefania Zuliani. Works by Elena Bellantoni, Fabrizio Cotognini, Giulia Palombino, Gian Maria Tosatti and Ivano Troisi – five internationally acclaimed Italian artists – will be on display for the very first time and in harmony with the Museum’s illustrious collection and its luminous architecture, redesigned with great sensitivity by architect Ezio De Felice during the 1960s.

Five works of art created specifically for the occasion will be presented: temporal aesthetic alterations intended to re-read the past and to interact with the exhibit space which sustains the imperfection of time, its declinations and its elusive diversification. The installations will all be created by the artists exclusively in situ who will employ different artistic idioms such as video art, photography, painting, ready-made and performance extroflection to introduce an interpretation of the context (the Museum, in this case) as a place of preservation as well as a place that produces memories and – as a public place – lives in relation to the community and in harmony with the spectators who are closer and closer to the exhibit system.

During the inauguration of each exhibit in the series, each artist will participate in a critical conversation dedicated to his or her artistic quest and the reasons behind the creation of the project for the Provincial Archaeological Museum.

Educational activities for elementary schoolchildren supervised by the Fondazione Filiberto Menna (directed by Silvia Vicinanza) in collaboration with the ARTEXA Association will accompany the exhibit project.

At the end of the exhibit series, there will be a round table hosting critics, art and architecture historians, archaeologists and artists who will discuss aspects and issues linked to the relationship between the past and present day art. A book will be presented for the occasion featuring the critical material and documentation of the works displayed in the Tempo imperfetto project (Fondazione Filiberto Menna Editions). From the press release.

Chance and Control. Photography, video and the web.