Entries are officially open for the photography competition launched by Terna to promote Italy’s cultural development and new talents in the field.

by Arshake
in Calls, focus

Terna, the company which operates Italy’s electricity transmission grids, returns to contemporary art with the 2022 Driving Energy Award. The Prize, established in 2008, had become a benchmark for supporting Italian art before being discontinued in 2014. It resumes this year with a focus on photography and sustainability, curated by Marco De Logu who aims to deliver a transversal, trans-disciplinary angle. This was repeatedly emphasised on 18 May during the presentation of the Prize in one of the Auditorium rooms, in the presence of Massimiliano Paolucci (Director of External Relations, Institutional Affairs and Sustainability at the Terna Group), Stefano Donnarumma (CEO of Terna), President Valentina Bosetti (remote attendance), and curator Lorenza Bravetta (curator of Photography, Cinema and New Media at La Triennale di Milano and jury member).

The call for entries for the 2022 Driving Energy Award is now online, open until the end of August to receive entries from photographers, both amateur and professional, who will be divided into two categories: Young (below 30 years) and Senior (over 31 years).

The theme of the Award is “Cameras on Driving Energy”. Photographers are invited to “turn their gaze on the contemporary world in order to return an artistic vision of Terna’s mission, as leader and facilitator of the energy transition”. 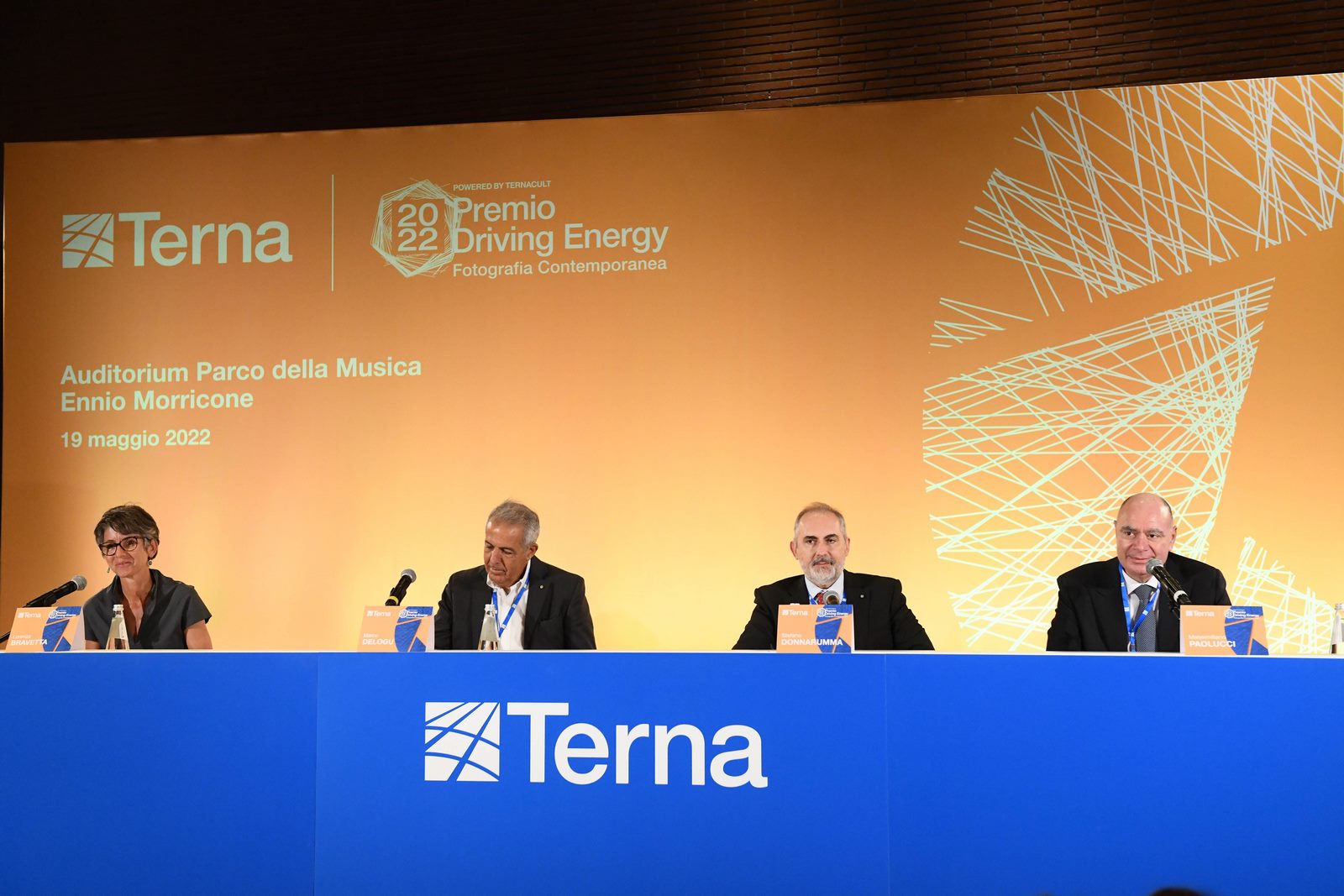 The selection of the Jury reflects the transversality and interdisciplinary nature of the Prize: Salvatore Settis, art historian and academic; the aforementioned Lorenza Bravetta; Elisa Medde, editor, curator and photography writer; Emanuele Trevi, writer and literary critic, winner of the Strega Prize 2021; and Massimiliano Paolucci, Director of External Relations, Institutional Affairs and Sustainability at Terna.

Five winners of the competition will be chosen from the shortlisted photographic works, selected by the six jury members, together with the curator and the Presidential Committee for the Prize, consisting of Valentina Bosetti and Stefano Donnarumma, Chairman and CEO at Terra, respectively. The award categories are as follows: Senior, with a prize of 15,000 Euros; Young, with a prize of 5,000 Euros; and three Special Mentions, each awarded a prize of 2,000 Euros.

The shortlisted photographic works will be displayed in November in an exhibition set up by Terna at the Palazzo delle Esposizioni in Rome. The five winners will be announced at the inauguration and the exhibition will be open to the public free of charge. In addition, the works will be published in the third edition of the photographic volume Driving Energy, which this year will be the official catalogue of the Prize.

The call is open to submission on the platform premiodrivingenergy.terna.it, until August 31