The Nature of the Game. A disillusioned census of street games by Francis Alÿs

by Alessandra Gabriele
in Events, focus

The work The Nature of the Game by Francis Alÿs, on show during the Belgian Pavilion at the 59th Venice Art Biennale and curated by Hilde Teerlinck, consists of videos and small-format paintings united by the theme of play and belonging to the artist’s longest-running series, Children’s Game, which Alÿs has focused on since 1999. 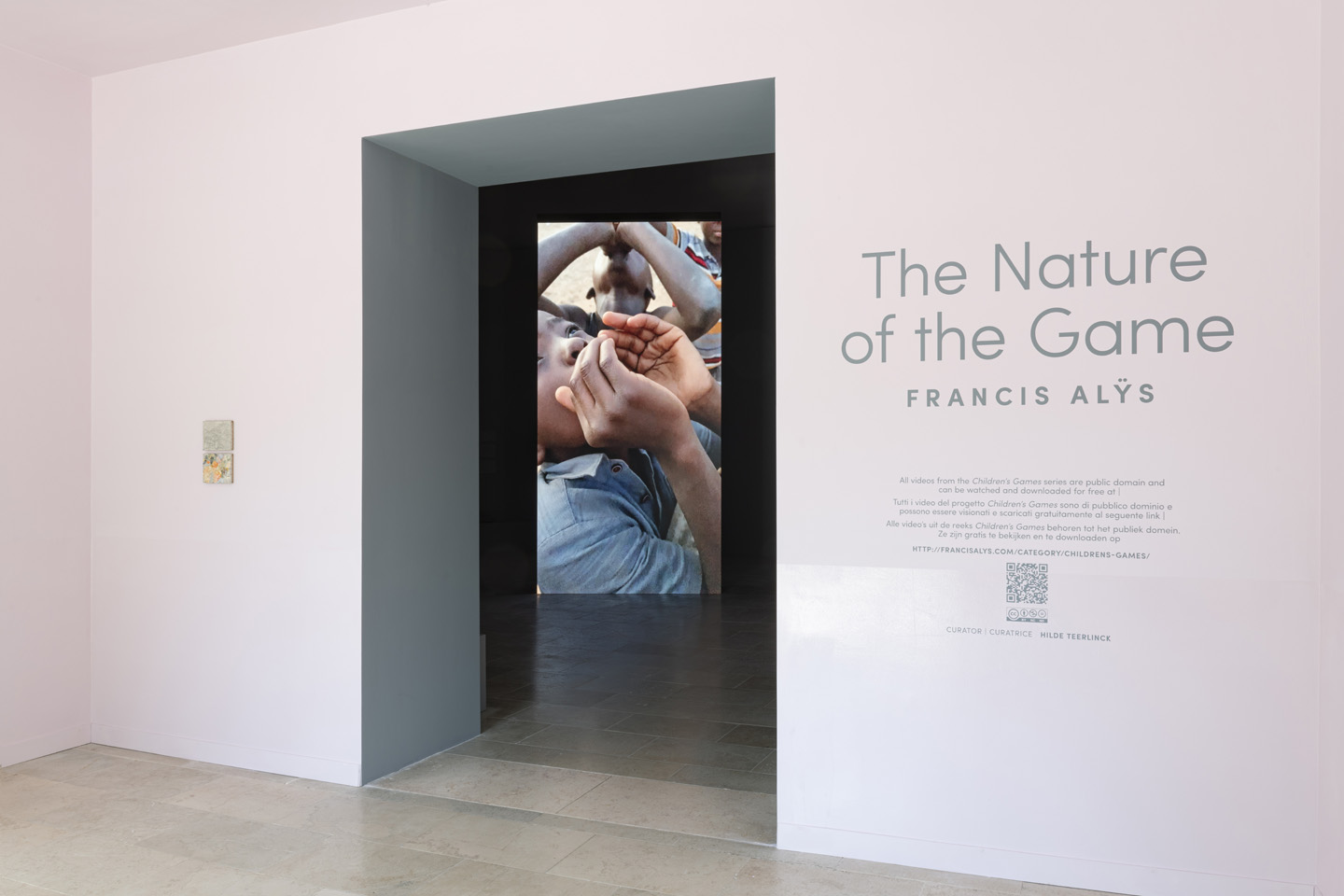 An artist trained as an architect, Alÿs studies and films children in the urban contexts in which they live, in the public spaces of their cities. This is an interdisciplinary work that moves between art, architecture and social practice, and that interprets play not only as a tool for experiencing reality, forming knowledge and developing communicative skills, but also a tool for mapping the social and economic inequalities of contemporary life. 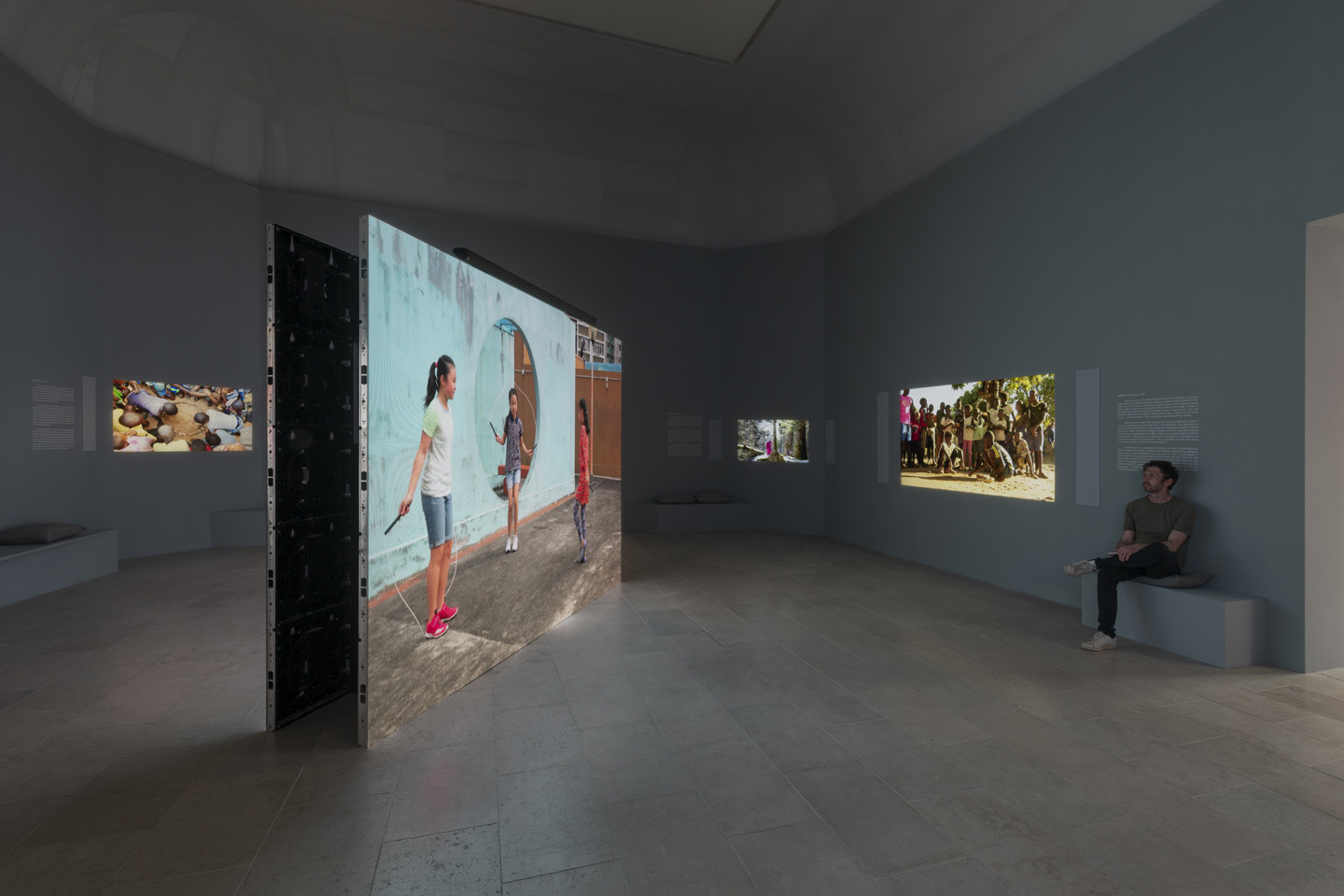 Alÿs’s work represents a poetic yet disenchanted way of recounting the contradictions of today’s society. La Roue, filmed in the Democratic Republic of Congo in 2021, is a video in which the red, green and yellow of a child’s clothes stand out against the black background of a huge pile of cobalt slag. The children are laboriously pushing a tyre to the top of the hill. The game consists in rolling it down the slope at full speed. 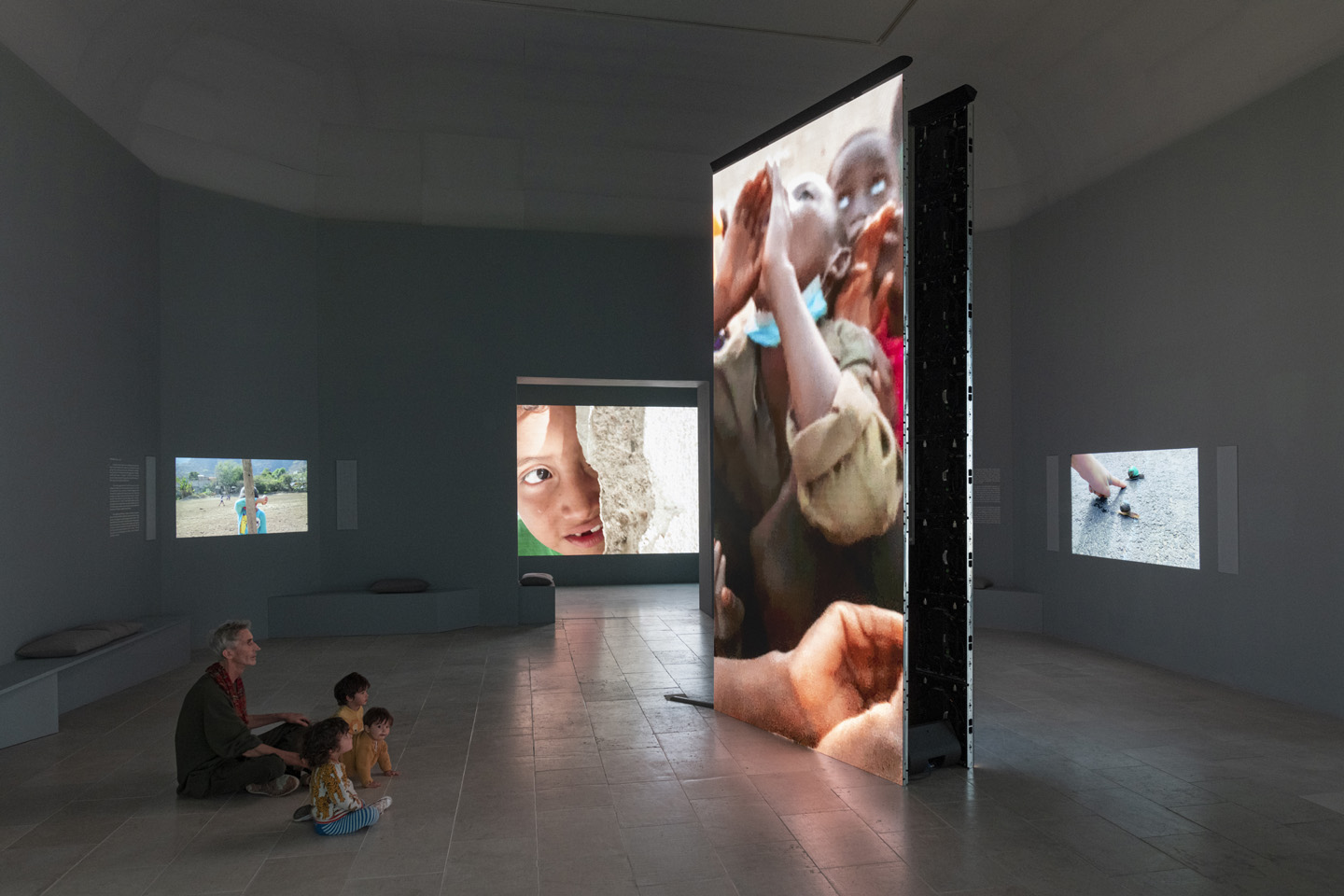 In Hong Kong, in 2020, Alÿs shot Step on a Crack. Surrounded by the amused eyes of passers-by and a thousand urban signs, a little girl plays at jumping over yellow lines and avoiding cracks in the road surface. The game provides an opportunity to narrate how the city operates during the pandemic, the filming of which is distinguished by the beautiful shots, colours and photographic edits. 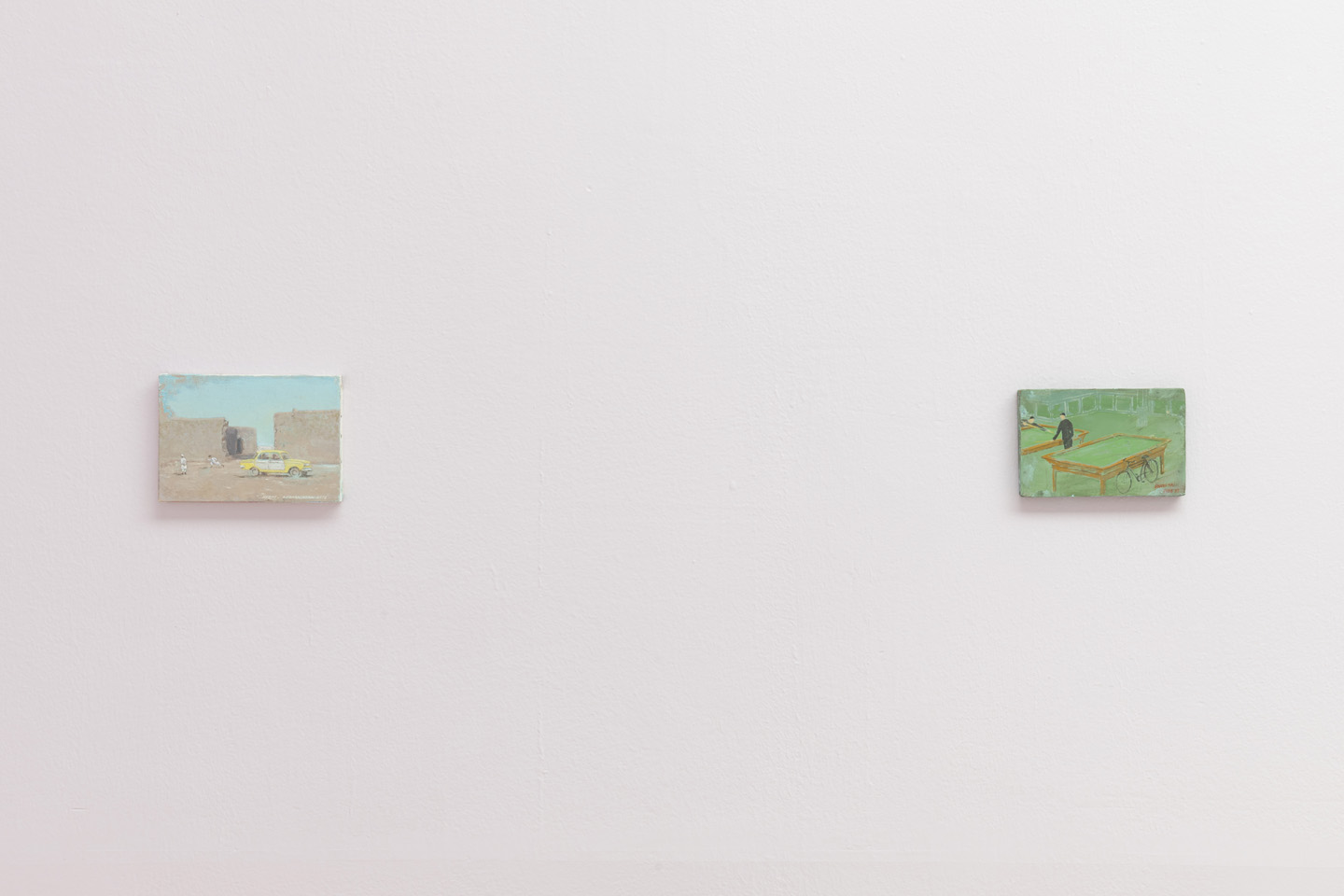 This is a labyrinthine installation in which, on large screens, we can see contrasting stories filmed in Mexico, Afghanistan, the Democratic Republic of Congo, Belgium, Switzerland and China: jumping the rope, playing war games among abandoned houses, the sinuous dance of a kite after the fall of the Taliban government in 2011, African body movements, a snail race and snow. Games that tell of children’s adaptive capacities to different political and environmental contingencies.

A thoughtful investigation, careful cataloguing and a simple, sensitive restitution of childhood practices in order to safeguard this unique, imaginative heritage, consisting of children’s interaction with each other and their context.

images (all): Francis Alÿs, «The Nature of the Game», The Belgian Pavilion at the 59th Venice Art Biennale, ph: Roberto Ruiz