In the past decade in Italy, new attention has been paid to the figure of Mondrian. The forerunner of this was the re-publication in 1999 of Filiberto Menna’s monograph Mondrian. Cultura e poesia, which in the early sixties shed appropriate light on the case of Mondrian, sweeping away the prejudice and hasty judgements of Italian culture. 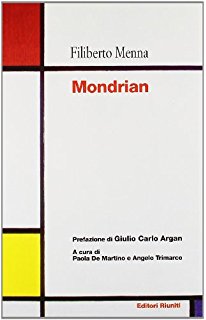 Significant moments in the new millennium have been – among others – the re-printing of Tutti gli scritti [All the writings] of the Dutch artist, introduced by Menna and hitherto impossible to find (Mimesis, Milan-Udine 2013). In 2015, Adelphi presented Vita, arte e mistica [Life, art and mysticism] by the celebrated mathematician and philosopher Brouwer: an essay which, according to Cacciari, author of Icone della legge, is an obligatory reference for understanding Mondrian’s “art without subject”.

Now Luigi Paolo Finizio – author in 1993 of Dal neoplasticismo all’arte concreta 1917-37 and in 2015 of Elogio dell’astrattismo – has published Piet Mondrian. Il chiaroveggente, a demanding and controversial book (Europa Edizioni, Rome 2016). And why is his view of Mondrian controversial? Because he does not fall into line with those, like Els Hoek – and this interpretation has even passed into school textbooks – who see the artist’s journey in theosophical terms: the viewpoint of Blavatskij and Steiner, Annie Besant and Leadbeater, emphasising and almost absolutising his approach, which has implicated even the roots of the romantic philosophy of Jaffé, Seuphor and Menna. 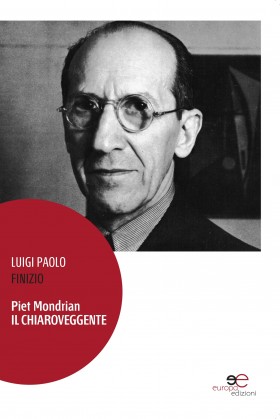 Finizio, in contrast, examines Mondrian’s neoplastic painting from the angle of “an anthropological vision which aims to connect art with life”. After all, didn’t the artist say, in his Dialogue of Neoplasticism (1919), that “art and life […] are a single thing, they are one”? The purpose of this anthropological vision, Finizio informs us, is “a dream of human happiness […] through clear, prescient forms of abstract painting”, which tends “to represent the laws governing the life, evolution and progress of every aspect of reality, from nature to social structures”.

To bring together this dream of “optimistic clairvoyance”, Finizio analyses the experience of Mondrian, which began in Holland, was nourished in Paris by cubism and the dizziness of modern life, and exploded in New York, where he painted – between 1941 and 43 – New York City and Broadway Boogie Woogie, emblems of this utopia. Finizio’s dissection is geared above all to examining the “plastic equivalences” and “balanced relations” between neoplasticism and the environment in which man – according to the artist – “losing his petty and pathetic individual pride, will be happy in the earthly paradise he has created”.

This idea – a common one in the historical avant-garde, which Menna called the “prophecy of an aesthetic society” – is at work, Finizio claims, in the legendary Paris atelier at 26 Rue Départ, conceived as a relation of “interaction with the city, with the open and variable environment of the urban world”; a “celestial laboratory” – as it has been called – in which “the generative and practical idea of neoplastic utopia materialised beyond the surface of the canvas, towards the city”.

I am convinced that for Finizio, Mondrian’s “clairvoyance”, in the face of all hyperrealism and all egoism, is equally valid today. He maintains that art is the modification of that which exists, the latitude of relationships and equivalences, the space for encounters with the environment and with life, with the city which, in the meantime, has become a global city.