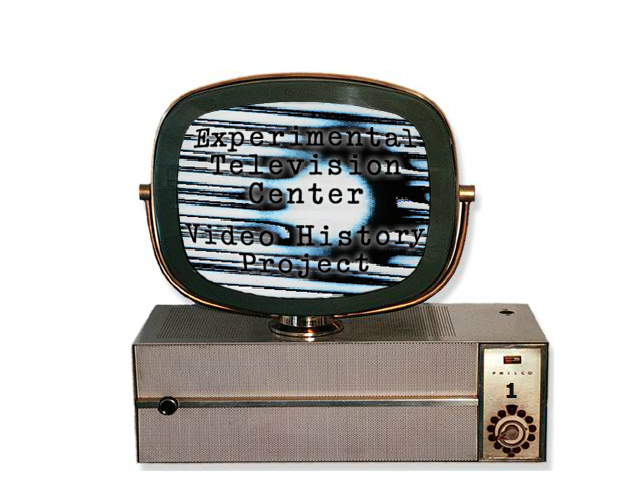 For over 40 years, the Experimental Television Center (ETC) in Owego, New York was one of North America’s preeminent organizations for video art, fostering a community for creativity and innovation through its residency and tool-building programs. The Experimental Television Center: A History, Etc . . . is the first academic survey of the Center’s prolific yet under-recognized role in the evolution of video art. Through works of art, ephemera, and video processing tools, this exhibition maps the ETC’s influence within the larger narrative of the history of video into the digital and internet age.

From 1971 to 2011, over 1,500 artists participated in the ETC residency program, which functioned as a site for exploration, education, and practice for media artists. This exhibition spans works from the 1960s through the 2000s, including a collection of original analog instruments designed by artists/technologists, as well as two interactive installations featuring contemporary tools designed by Dave Jones, a long-time collaborator with ETC, and Jason and Debora Bernagozzi, founders of the new media organization Signal Culture in Owego, New York. (from the press release)

About the Experimental Television Center (ETC)

In 1971 Ralph Hocking, a professor in the Cinema Department at Binghamton University, founded the Experimental Television Center out of his media-access organization Student Experiments in Television (SET). As interest in video as an artistic medium gained momentum, the ETC provided access to and training in the use of this new technology to artists, interested citizens, and social, cultural, and educational organizations. Invested in pushing the boundaries of the video medium, the ETC developed a research program to create a more flexible set of processing tools for artists. Under the direction of artist Nam June Paik and video engineer Shuya Abe, a Paik/Abe video synthesizer was constructed for the Center’s permanent use, which launched the ETC artist’s residency program. Although the Center closed its physical space in 2011, its philosophy and ethos endure through an ongoing commitment to education, research, and the preservation of video as a medium. According to this mission, the ETC’s comprehensive archive is now housed in the Rose Goldsen Archive of New Media Art at Cornell University, Ithaca, New York, and is currently being digitized, preserved, and made available for research.

Fabrizio Bellomo. They Are Just Numbers