The German Academy in Rome. A multi-disciplinary Mosaic.

The doors of the art studios at the German Academy Rome located in Villa Massimo opened to the public in June as every year. It is here that scholarship recipients reside, creating and exchanging experiences for four months. The works resulting from this period of research and their meetings with young established professionals from a variety of backgrounds and training make up a multi-disciplinary mosaic that includes the performing arts, music, literature, architecture and the visual arts. Everything conveys creative directions that are increasingly oriented towards multi-media and multi-disciplines with transversal interpretations of art, the territory and systems of fruition. 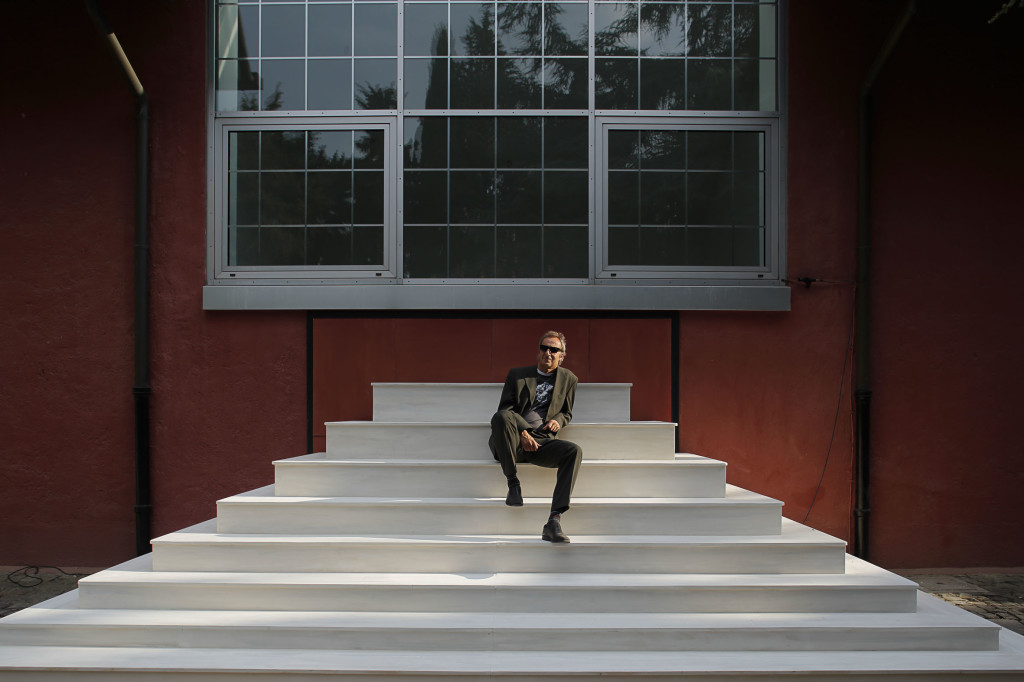 For instance, Maix Mayer,  for his ATMO installation, has transformed his studio into an «atmosphere» generated by light and sound which can only be experienced outdoors. This is not immersion but contemplation, a multi-channelled perception (visual and aural). A «Roman scale», a scenic background built for the occasion, functions as access. The environment becomes the «emotional tone of space», and thus a work of art. This is not only the aestheticization of art, its evaporation and dilution into space (art in its gaseous state, Michaux); it is also the distortion of space itself, where the container and the content coincide, an increasingly frequent symptom of an art that is being driven beyond its traditional formal confines. 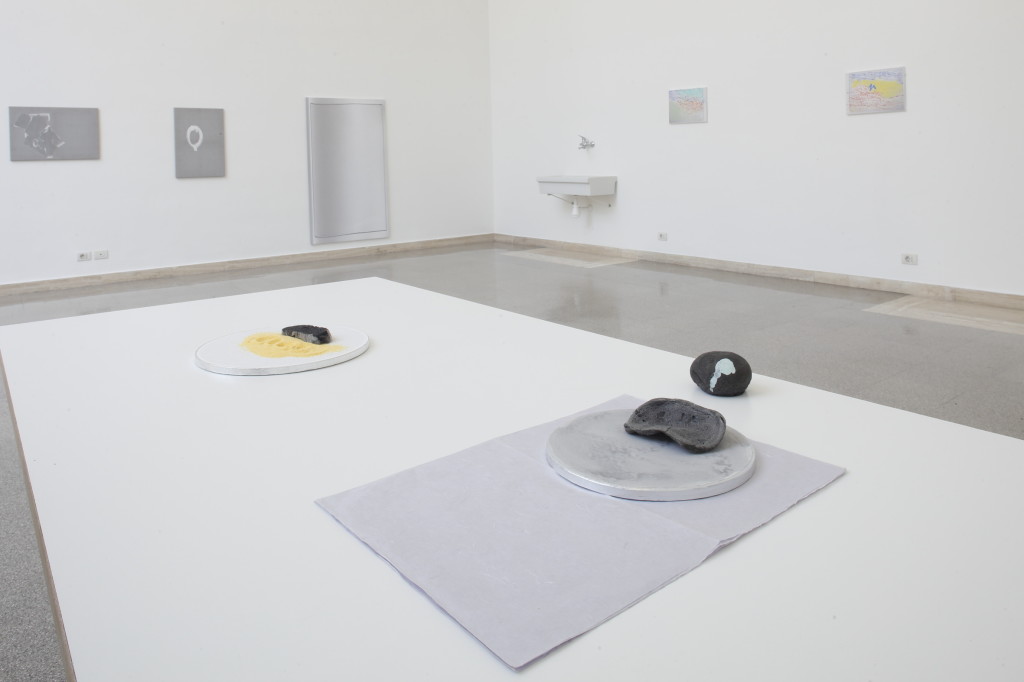 Multi-media, multi-disciplines, transversal and trans-media as well. This, in particular, is the case of works by Marieta Chirulescu which fluctuate between analogical and digital. The corporeality and fullness of the drawing and painting through media space keeps them captured. Paintings and drawings have been scanned and enriched by a background which has reproduced a canvas effect thanks to Photoshop software. The aesthetics of Chirulescu’s representation is then inverted in those of renowned German artist Karin Sander, who nails fruit and vegetables to the walls, giving them the appearance of an abstract composition. (Kitchen Pieces). Reality and representation converge exactly like the reproduction of her body on the 3D body scan reproduced in 1:5 scale (Karin Sander 1:5). 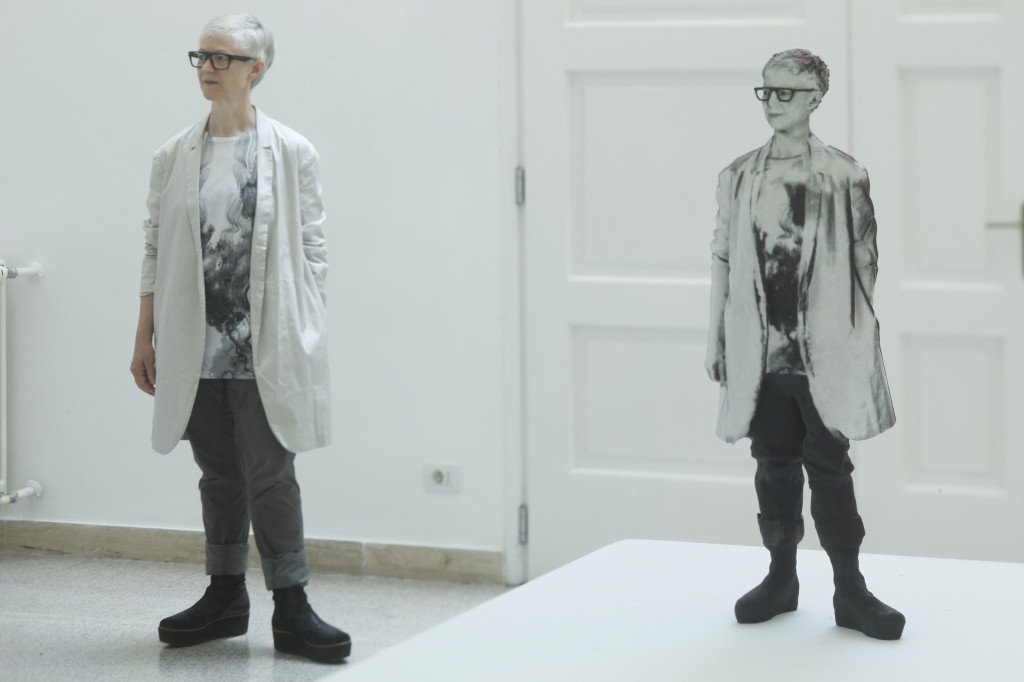 Portrait, still life and even landscape find new and original formulations in Karin Sander’s creative work. White canvases in which painting is replaced by stamps of their postal journeys – from Munich, Berlin, Bonn or Mexico – where they become representations of a space that expands into four dimensions as soon as the postal stamp touches the perceptive chords of spectators, thus allowing their intuition to decipher the geography of the territory these canvases have seen. The creative gesture has thus been halted on the surface, once known as the two-dimensional realm; the enthusiasm of mail artists during the early Avant-garde Futurism movement and representation now merge into a modern interpretation of «being creative». 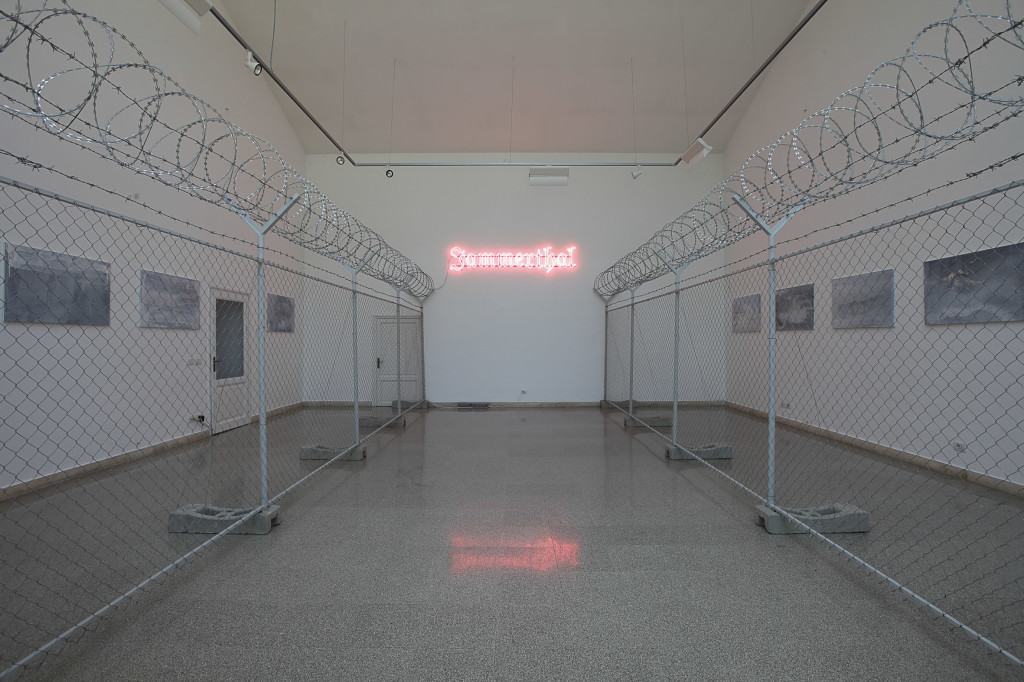 Alongside the work of these visual artists, we have those of architects (Michael Hirschbichler, Jorg Sieweke), writers (Eva Menasse and Steffen Popp), composers (Saskia Bladt and Vassos Nicolaou), designers and pattern makers (Bernd Grimm) and communicators (Andreas Uebele). The gallery at Villa Massimo has also presented the research of the recipients of scholarships residing at Olevano Romano, Casa Baldi and Villa Serpentara along with works by artist Tue Greenfort, composer Sven-Ingo Kock and architect/journalist Ulrich Brinkmann. In keeping with tradition, the visit to the studios concluded with a big celebration. This year, the electronic music and DJ set was hosted by Berlin native KlangKuenstler, a 24 year-old artist who has released his debut album with the famous German label Stil vor Talent.