The Seven Leagues of Art 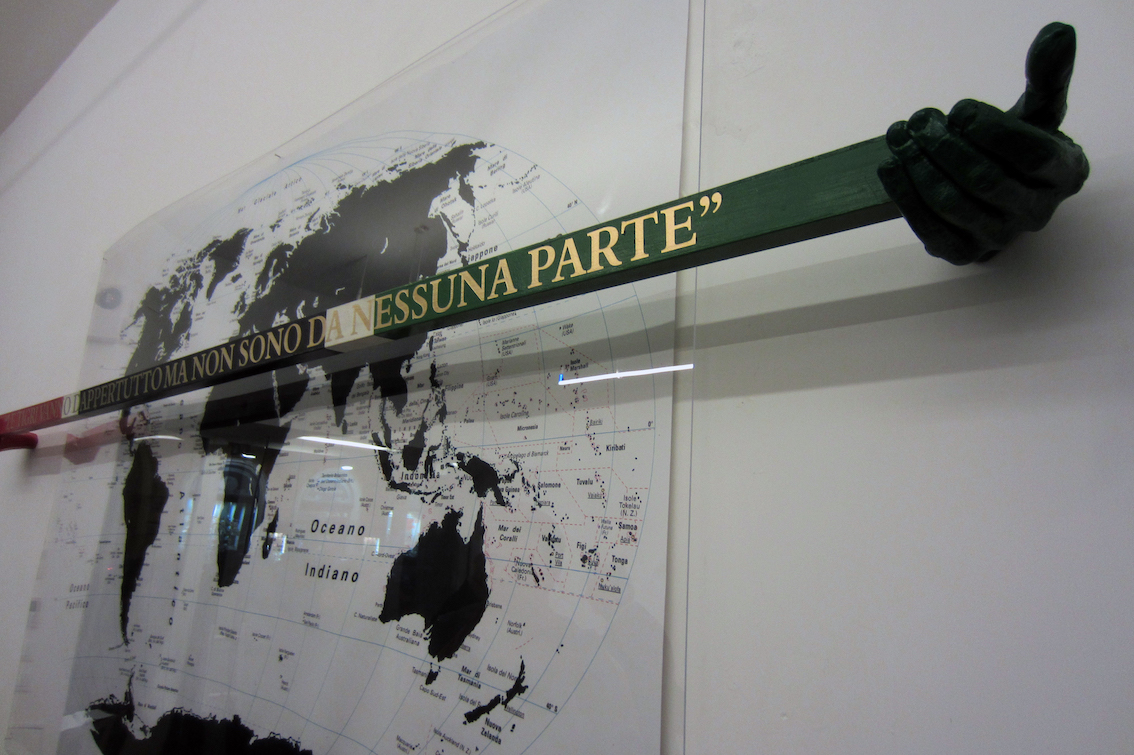 Moving from a reflection on the present-day devices which lead humankind to a radical awareness of the world and a ubiquitous presence determined by the new channels of mass communication, in Rome’s Zoo Zone Art Forum, Felice Levini presents an exhibition whose title ironically initiates a sparkling reflection on contemporary societies: Le tigri vanno dappertutto ma non sono da nessuna parte [Tigers go everywhere but belong nowhere]. This is actually a close-up look at today’s polycentric nature, at mass migration, at mixophilia and at a future whose uncertainties and unpredictability leave no room for deferment. 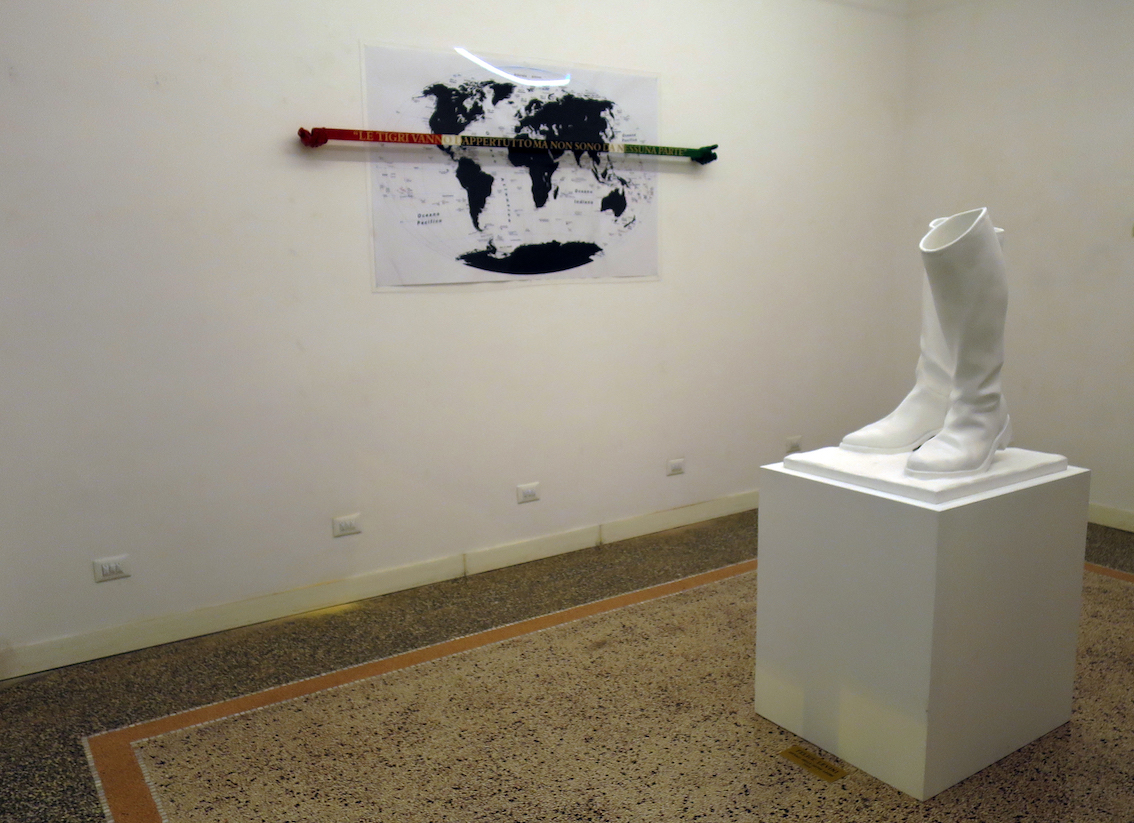 In the centre of the room a oliair of boots cast in white plaster bring to mind Adelbert von Chamisso’s Peter Schlemihl’ s Miraculous Story (1814), while on one wall a large map of the world shows all the nations in black, thus eliminating every geographical and territorial border. At equator level, a pole, painted in the colours of the Italian tricolour and bearing the title of the exhibition in gold, is held up by casts of two hands (one red, one green), almost as if to indicate a time and space crumpled in on itself and a planetary journey which each individual – and the artist first and foremost – can undertake albeit staying still, in front of a cold screen.

“Time, space, everything on earth that gives us certainty, limits and coordinates, is finished”, the artist warns in an introductory text. “History, truth, big ideas, values and religions are visions of a past world. What remains is a viral dispersion, an instability, a complexity in which it is possible to intuit a future world where the humankind will no longer be of this world, but of all possible worlds”.