The View from Outside 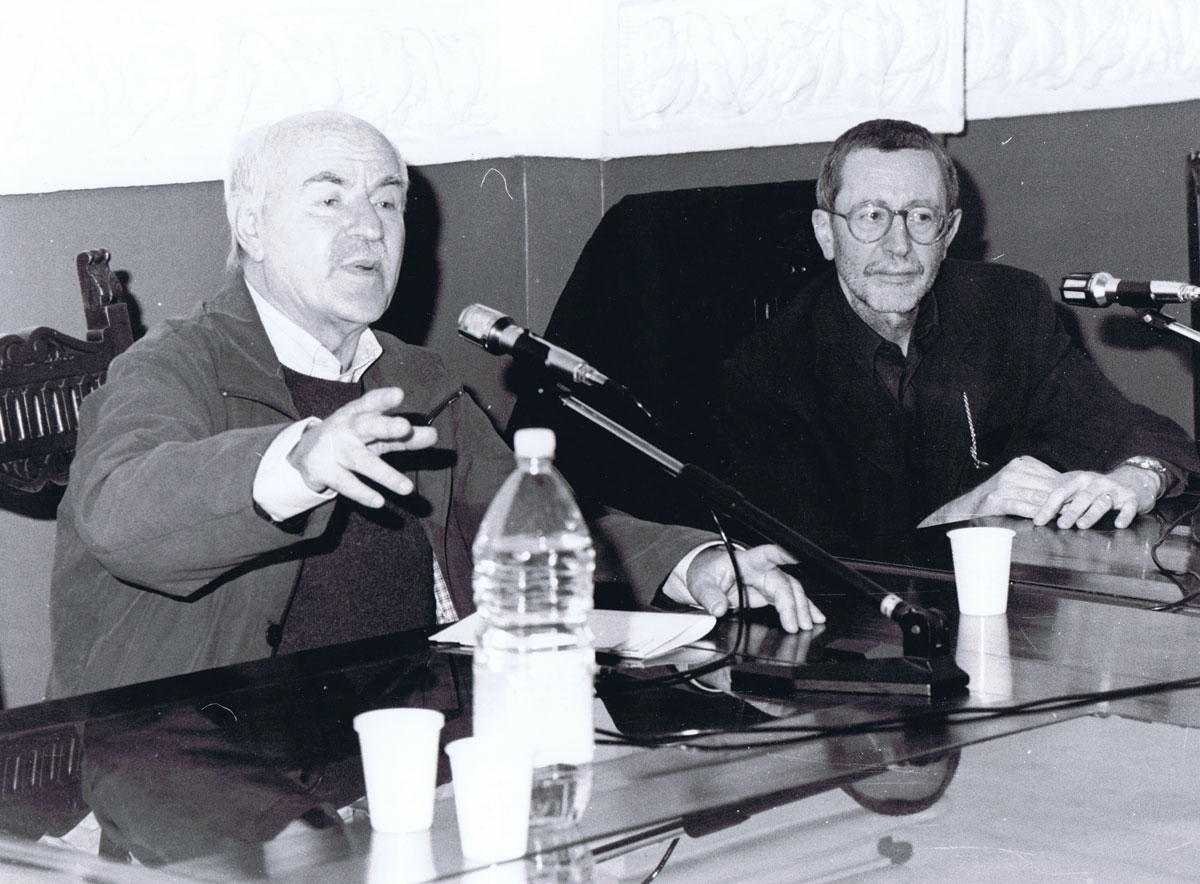 Silence usually speaks louder than words. For my part, having known Alberto Boatto since 1967 -when he and Filiberto Menna curated the international art exhibition L’impatto percettivo in Amalfi, promoted by Marcello Rumma – I have decided to put into words – whatever they may be – the emotions and feelings of friendship evoked by the news of the death of a historian and art critic considered by my generation to be one of a very few landmarks for finding our way in the world and the language of art, from avant-garde to neo-avant-garde. Not forgetting, too, that in 1968 Boatto contributed, in the form of an article on Gilberto Zorio, to Ricognizione cinque, a collection I edited on behalf of Menna and Rumma.

Returning to the “family portrait” the following year, in 1969, Boatto wrote the introduction to the Italian version of Duchamp’s Marchand du Sel, one of the first titles released by the young Marcello Rumma’s publishing house. In the meantime, immediately after the Venetian explosion of pop art, the critic travelled to New York to see for himself – in artists’ studios and the urban universe – the signs, symbols and imagery that were populating Neo-Dada and Pop Art. In 1967, in conjunction with Magdalo Mussio he published Pop Art in USA, which remains a cult book today, with all the rigour of black and white photography and the images displayed as full-page spreads to give them breathing space.

I was talking about Marcel Duchamp. Boatto brings a linguistic interpretation to Duchamp’s work – in the same period, Schwarz proposed an alchemical-archetypal reading – which was destined to become the compulsory reference text for present-day art. In turn, Duchamp – the genuine “marchand du sel” – opened the way to “after-the-modern”; the “view from outside”.

Following his “book-map” Ghenos Eros Thanatos (1974) and his lecture to the Salerno conference on surrealism – Sull’erotismo: Sade, Bataille, Breton (1972-73) – Boatto published Cerimoniale di messa a morte interrotta (1977), in which, along with Sade and Nietzsche, he questions the categories of Modernity – in particular the negative, death and the purpose of the individual – and, in 1981, Lo sguardo dal di fuori, in which as a “psychonaut” he warns of the “ecumenical alienation” of the earth, become “ready-made” and entering the “mirror phase”.

The notion of the psychonaut, borrowed from Ernst Jünger, differs from the cosmonaut – Boatto notes – because “he’s a man who has completed no actual flight, but nevertheless the journey is inscribed within his nervous system, making him able to give the first fragmentary news of it, to fill the initial chapters of postmodern history, to write about the new condition of man in a space that’s utterly overturned, at a displaced and duplicated time”: indeed, “projected to the outside and from this outside observed, tailed, spied upon”.

In conversation with Corà, Boatto warns that “as yet there is no expression, no artwork, no postmodern sign for the postmodern situation or the ‘after-the-modern’”. He is aware, nonetheless, that writing can bring together the apprehension and the figures of the ‘after-the-modern’ and, at the same time, is able to “take the mirror away from Narcissus and give it back to Dionysus”. In this direction, Narciso infranto. L’autoritratto da Goya a Warhol (2005) is the outcome of his thought process which will continue to be explored.