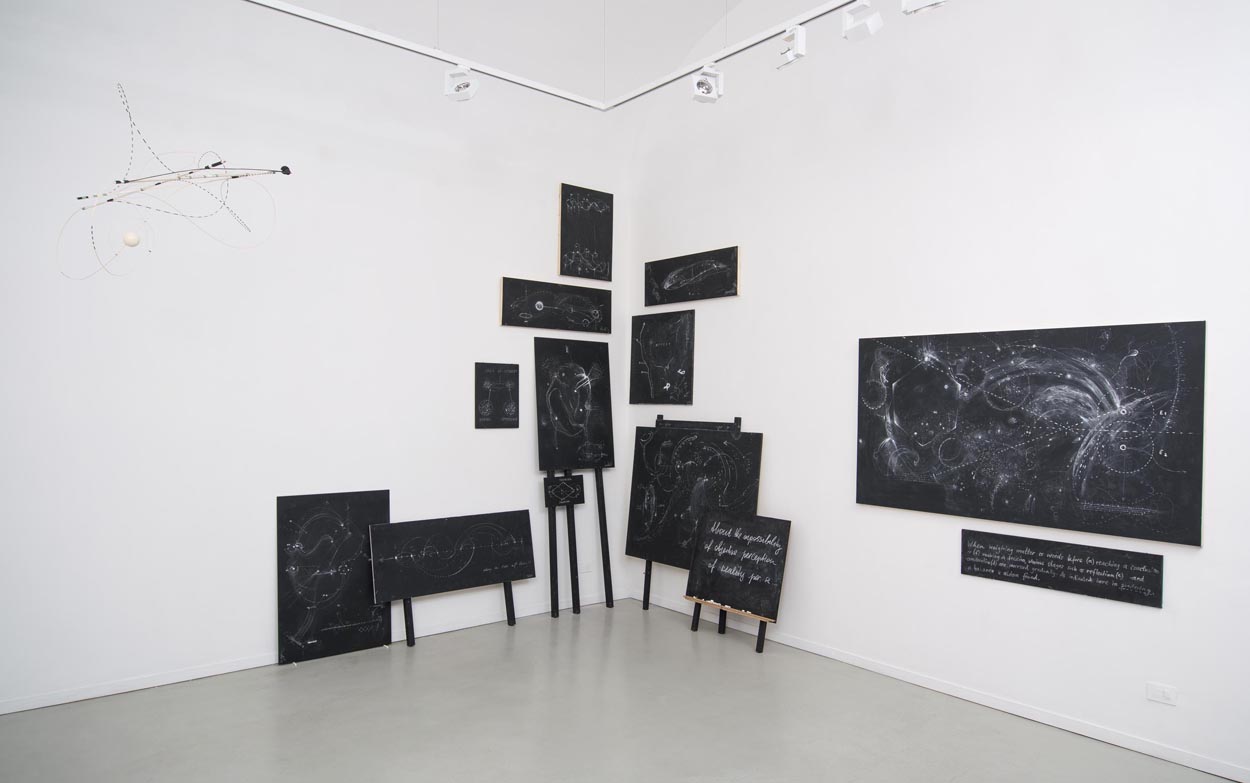 Technology and the mentality it has generated are undoubtedly major elements in dictating a new role in the creative process. Such factors have become focal points, crucial to the establishment of an oeuvre’s significance and value.  In this particular case, the process in question is the one of articulating thought in its purest form; a process found at the core of works by young Viennese artist Nikolaus Gansterer. Rome’s Marie-Laure Fleisch gallery is hosting his works on their maiden voyage to Italy in the Thinking Matters exhibit.

Blackboards, illustrations, lab benches filled with notes along with sculptures that are voiced like drawings liberated into tri-dimensional space all create the atmosphere of a laboratory – the place in which one ponders and experiments and home to the formation of the thought process. The beauty of the charts and diagrams (used by scientists as purely empirical tools for aiding the intellect) are converted into an artistic interpretation that stimulates contemplation.

These are the tools on display: the tools used by the Austrian artist to place himself and his work into a spatial-temporal dimension found on the frontier of two worlds. The first being the invisible world of thought and the intellectual process as it is formed by way of multidisciplinary studies while the other is a tangible and experiential world. Thought in its trial stage is depicted here by charcoal drawn diagrams on paper; chalk on the blackboard and by the artists as he draws his lesson-performances (later converted into video works). 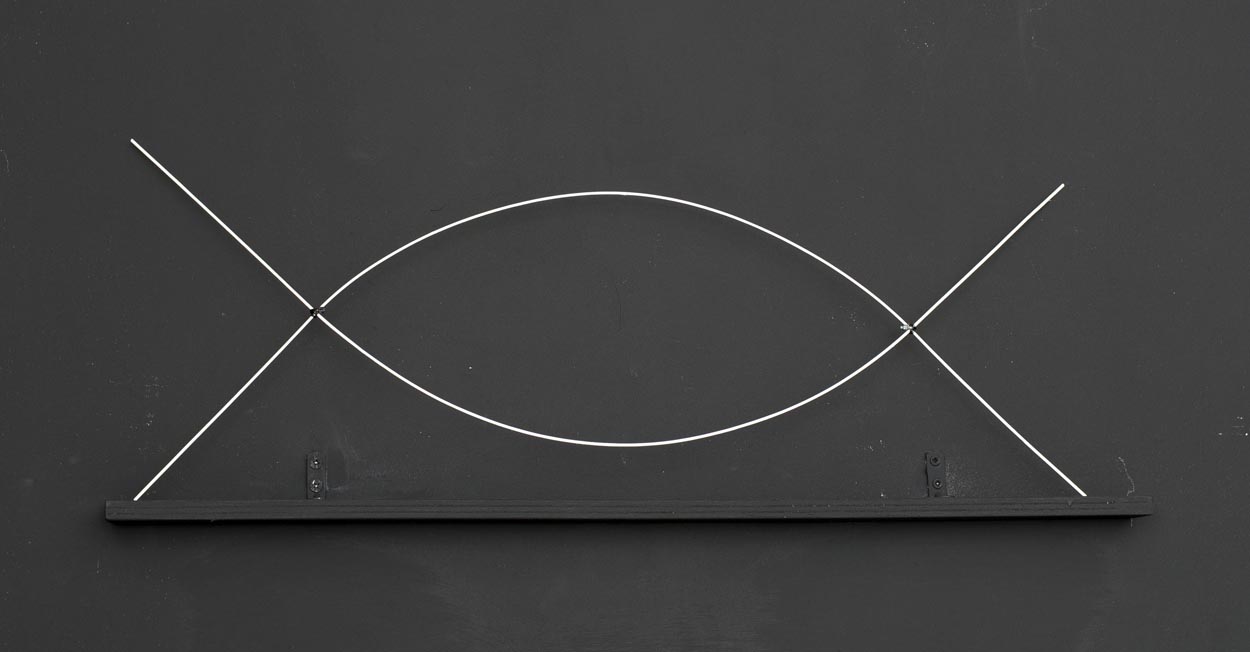 Drawing is therefore transformed into a «magical gesture» capable of charting a course between virtual and real while making it visible to all. Thought is captured as it comes into being – at the precise moment which heralds something that is to come. The revelation of the process to the tangible world is not a final event, however. It is made visible in its duration as it proceeds towards something that might very well influence the thought itself once it has been reinstated to its mental dimension.

«The aesthetics of existence among things» is how Andreas Spiegel describes Gansterer’s creative method in the catalogue accompanying his solo show in Vienna. This catalogue is in itself a combination of catalogue and artist book. The artist’s way of taking on creative action has also been featured in his Drawing an Hypothesis, (Springer Verlag, 2011), which can be interpreted as the formulation of an artist book as an «editorial performance”. A careful analysis of the hypothetical potential of diagrams resulted in a 5-year exchange on the question with theoreticians, artists and scientists – often using a diagrammatic language in response to their investigations.

Drawing an Hypothesis is set in the «hypothesis» of a thought’s moment of transition from the supposition that something exists, but only in its potential form, as it anticipates being empirically tried and tested. This means that the moment in which one foresees the future has been made visible and is found on the liminal threshold of knowledge, the one that the formulation of an hypothesis presses beyond its horizon. Art, science, theory and practicality are all found in an environment of diagrams that are simple in their design and beautiful in this stage of their planning. Their confines are charted by time – by what has preceded the moment and what is to come.