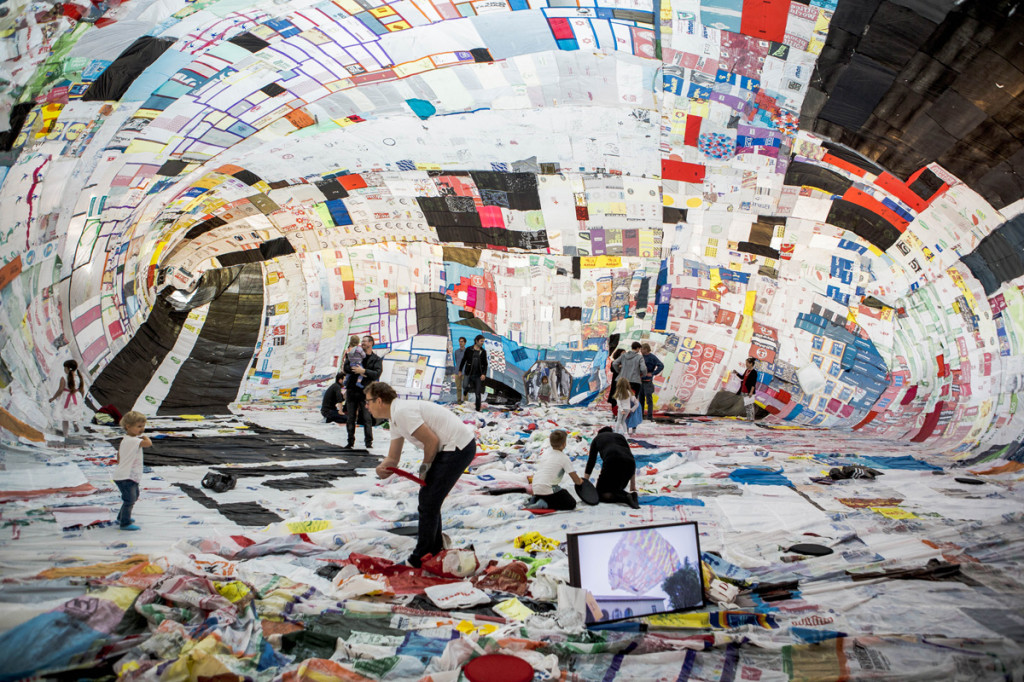 Tomás Saraceno’s first solo exhibition in Austria at the 21er Haus presents a significant artistic perspective at the juncture between art and science. Saraceno’s art focuses on considering alternative life models that propose a more sustainable treatment of the environment. In fact, many of his recent projects and designs revolve around the much-discussed concept of the “Anthropocene.” Introduced in recent years, this term is used to describe the current geological epoch in which our earth finds itself, defining the human being as the most important factor influencing the planet’s biological, geological and atmospheric processes. Much of Saraceno’s art endeavors to make visible these influences, often using highly unorthodox methods. His exploration of the challenges facing our planet is reflected in Becoming Aerosolar. Through a series of sculptures, objects, and installations, the show presents the results of a long-term research project conducted through interdisciplinary collaboration with institutions and individuals throughout the world. Furthermore, the public is invited to participate in the construction of aerosolare sculptures during the course of the exhibition. 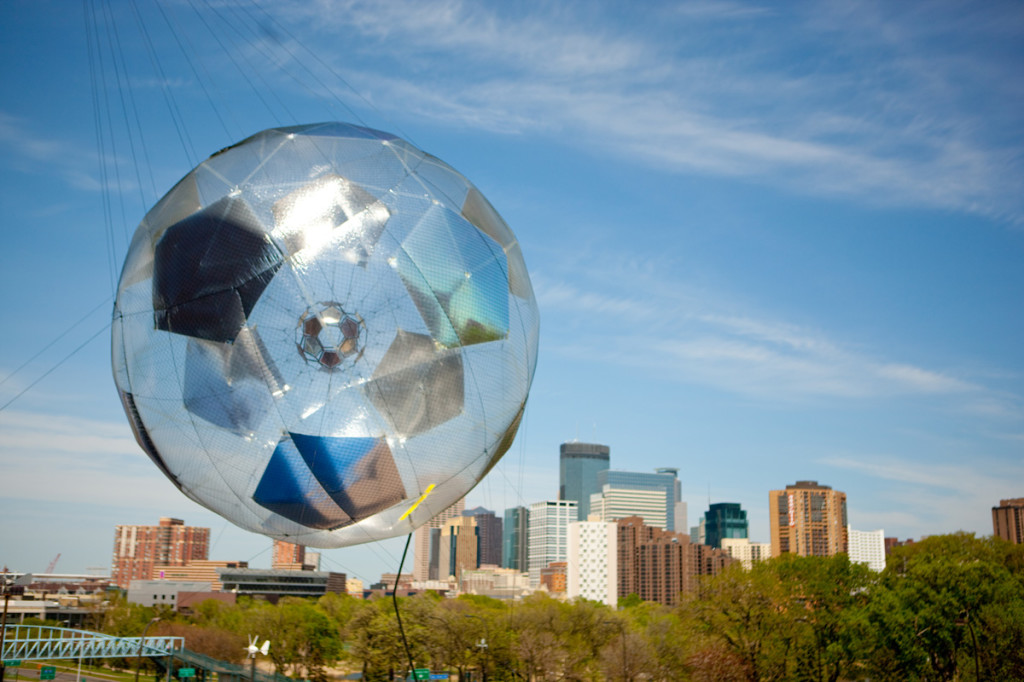 “Tomás Saraceno has been involved with the development of speculative models of society for over ten years. In extensive models and installations, he has presented his idea of floating cities, which he calls Air-Port-Cities or Cloud Cities, throughout the world,” Agnes Husslein-Arco, director of the Belvedere and 21er Haus states. “Becoming Aerosolar sets a new, practice-oriented accent and is meant as both an attempt and invitation to grapple with the basic circumstances and challenges of our present day and by means of new forms of inventive collaboration, develop concrete steps towards a sustainable, aerosolare future,” Husslein-Arco adds.

Right from its inception, Becoming Aerosolar was thus laid out as a decisively interdisciplinary project to be developed in exchange with other artists, curators, philosophers, geographers, sociologists, and anthropologists, in order to create the broadest possible pool of ideas, and gather a multitude of different perspectives. The result is an alternative life model, which proposes on the one hand, using the sun’s energy and earth’s thermodynamics to travel by means of floating spheres, and on the other hand, causes one to pause and rethink and become aware of how energy and resources circulate. The associated medium, or vehicle, is as simple as one could imaginable: a skin filled with air, which is heated by the sun to the point that it begins to float. 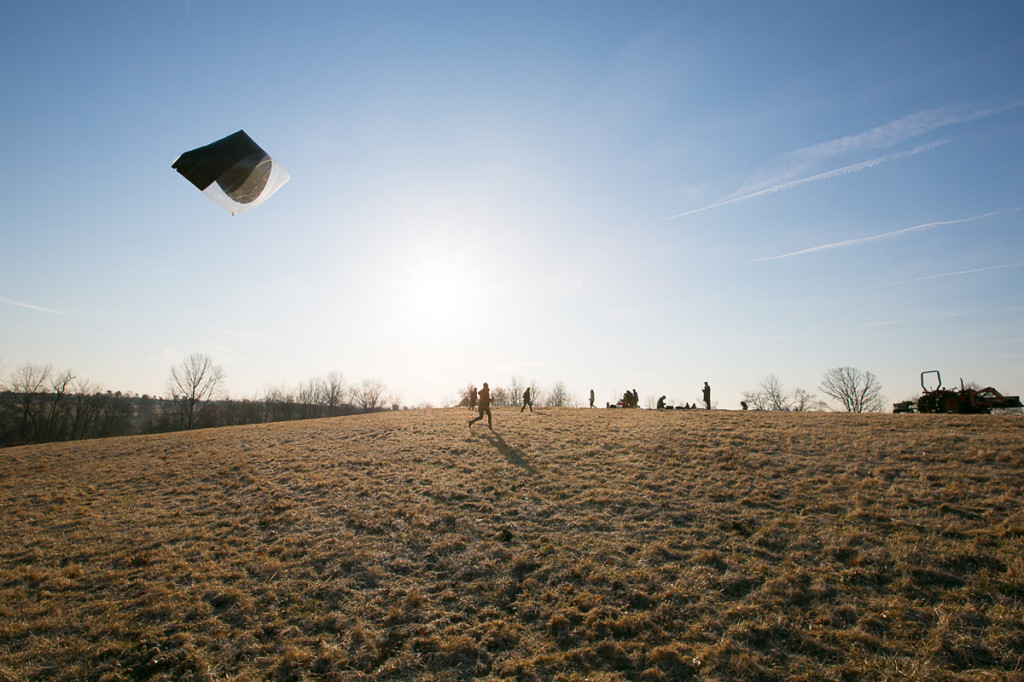 In keeping with the project’s collaborative approach, Becoming Aerosolar has already become manifest in a number of boundary transcending moments and collaborations with institutions and people throughout the world. Among them, for example, the “Museo Aero Solar” group: an international open-source community, which was co-founded by Saraceno in 2007. The group invites the public to collectively participate in the collection of plastic bags that are then transformed through the sun’s radiation into a flying museum. After landing in more than twenty-one countries, this solar sculpture—whose skin is pieced together from thousands of used plastic bags—stands for not only a novel conception of space and energy, but also for a vision of border-crossing collaboration and adventurous participation, which are fundamental to Saraceno’s concept of an aerosolar future. At the 21er Haus, the Museo Aero Solar can be experienced as a walk-in environment. 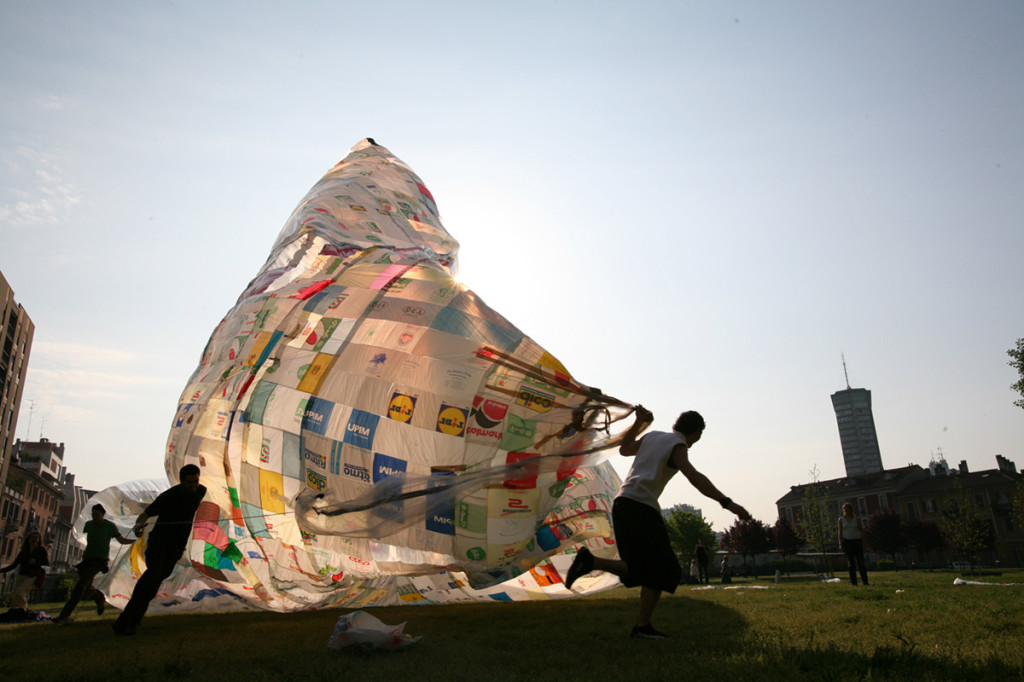 The 21er Haus exhibition makes available not only hitherto results of Becoming Aerosolar based on a series of sculptures and objects; also the communal spirit of the undertaking can be experienced concretely in a series of workshops, in which aerosolare sculptures are built according to simple plans. In addition, cameras can be borrowed for taking aerial photos and a cargo bicycle can be hired to facilitate transport of the homemade sculptures. With this aerosolare equipment available for shared use, people can organize their own aerosolar flight performances and learn to perceive the weather and the energies that constantly surround us, and ultimately, explore the traces of the Anthropocene.

The exhibition will be accompanied by a catalogue, a round-table, and an extensive workshop program, which will begin already during the run-up to the exhibition. All of these elements are integral to the collective approach pursued by Becoming Aerosolar and an invitation to the public to participate in new forms of social gathering and experimenting, in order to create awareness for a sustainable, shared life. (from the press release)