The short film made by the art collective Total Refusal addresses the limits of a closed mechanism, a social framework already irreversibly compromised, such as that of Battlefield V.

There is no denying it: almost everyone has found a way of letting off steam playing shooting game at least once in their life. It is nothing to be proud of, but these are video games that satisfy our need to escape in a noisy but convenient way. Experiencing an adrenaline rush, especially if you are at home, in a tracksuit and slippers, is certainly one of the most common responses. The wartime settings seem to represent an escape from the daily grind. But then, how is it possible to construct a so-called balance, finding a little peace in a place that is its natural antithesis? And can a war video game become a terrain of resistance and dissent? 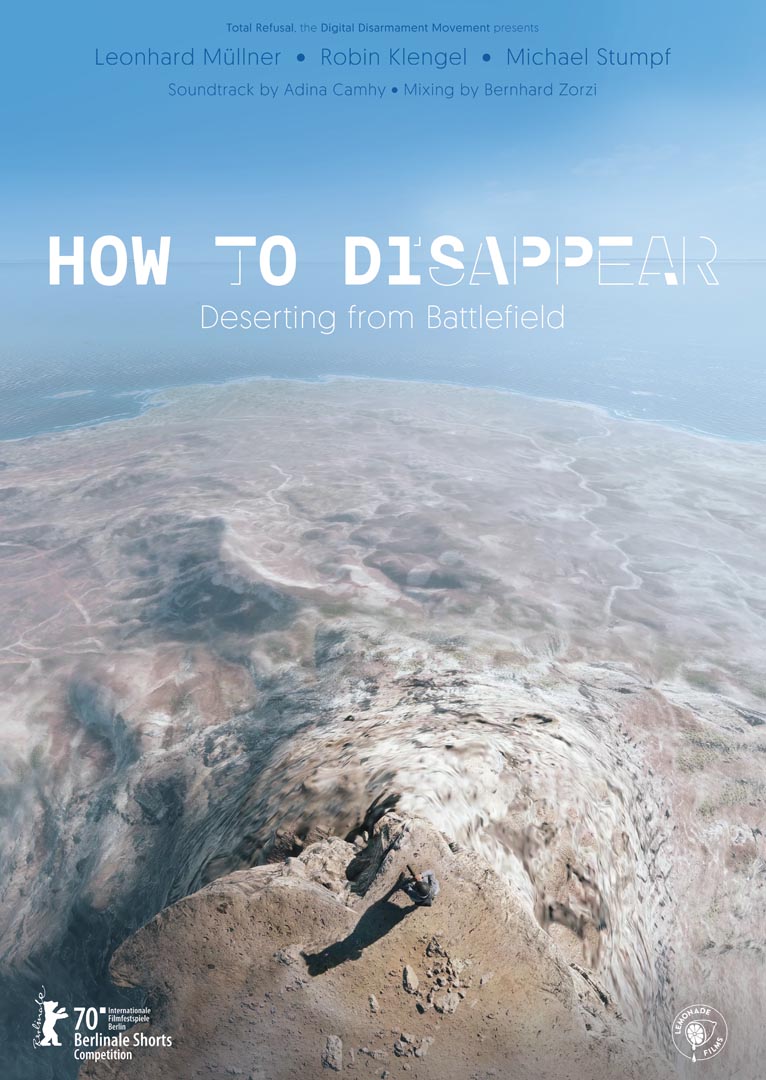 How to Disappear attempts to answer these questions. The short film made by the art collective Total Refusal – Robin Klengel, Leonhard Müller and Micheal Stumpf – addresses the limits of a closed mechanism, a social framework already irreversibly compromised, such as that of Battlefield V. The CGI images show the protagonists’ refusal to fulfil their duty to kill. In this way, the algorithm on which the game itself is based is circumvented. Critical spaces and unprecedented scenarios open up. The long story of desertion, often not spoken of, accompanies the unusual gameplay. The narrative voice instils doubt. The defection of the user calls the perception of the conflict into question.

The short film opens by highlighting the paradox inherent in the very concept of “playing” war. By definition, one only participates in a game on a voluntary basis, whereas involvement in an armed conflict, at least in most cases, has nothing to do with spontaneity or deliberation. At the same time, video games are governed by strict conditions that cannot be violated by the participants themselves. They are circumscribed in time and space. Uncertainty about the result goes hand in hand with unproductiveness, since no result which is obtained produces a tangible outcome, a real value in the outside world. They are therefore fictitious, because the player is aware of being outside ordinary reality[1].

In this sense, Battlefield V is no different: even though it is a video game, once you have logged in, you can no longer desert, you cannot leave the battlefield of the same name, the “game”. The software exerts its power, telling us to retrace our steps. If our avatar were not to obey orders, it would be hit by the algorithm at the hands of an invisible executor. We are the ones who accept war as it is. We take part in a perpetual conflict, without sense, without reason. The sea is an illusion, the horizon is unreachable, a utopia. The soldiers are automatons forced to repeat the same gestures over and over again. They do not know hunger, they do not know restlessness, they have no fear. The many weapons at players’ disposal are prosthetic arms that cannot be discarded, not even for a moment. Kill and be killed, there is no alternative. After all, the rigidity of narrative schemes is a safe investment. War becomes a commodity. It is fun, a product to be enjoyed. That is why there can be no deserters: either you are on one side or the other. Uncertainty is not allowed.

The Austrian collective, formed in the summer of 2018, aims to act in virtual public spaces. The aim is to overturn the video game structured with its rigid narrative schemes. Of course, it would be natural to say, “then don’t play with it”, but perhaps they are right: its cultural potential needs to be reconsidered. It is no coincidence that the preferred instrument is détournment, the situationist drift. Guy Debord, in fact, describes the spectacle as “social relationship between people that is mediated by images.” Video games – and social networks in general – seem to represent the highest expression of this: they are an opportunity to enter the spectacle itself, to become part of it. The restrictive measures taken to deal with the epidemiological emergency have only highlighted the results. In 2020, the video game market grew by 20% compared to the previous year. As a result of the forced closures, the industry’s revenues exceeded – for the first time – those of sport and cinema together. Yet video games seem to be a missed opportunity. Perhaps they are a resource still to be explored.

How to Disappear – which premiered at the 2020 Berlinale – is now available for free on Lemonade Films’ Vimeo channel.