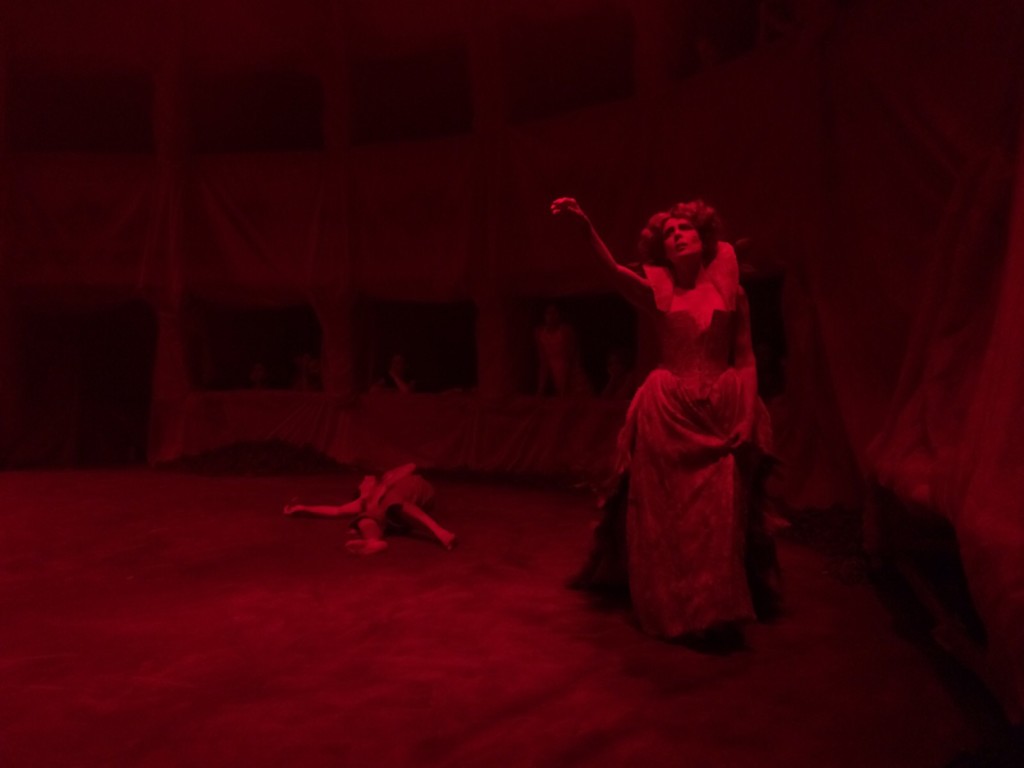 I have no intention of invading the space of my illustrious colleagues (theatre critics) with this brief essay on contemporary set design. I only want to reflect upon a work that Benito Leonori (Passo di Treia, 1967) produced on 10 July of this year for the mise-en-scene of the third and final step of Marco Filiberti’s trilogy The plaint of the muses: «a creation to be included among the authentic artistic events of total theatre»[1].

For the «new theatre happening of author and director Marco Filiberti», Leonori offers a total atmosphere that transforms space and assigns it with an astonishing temporal manoeuvre linked to alienation, a gravitational jolt and a thrilling “super-historical” nature. 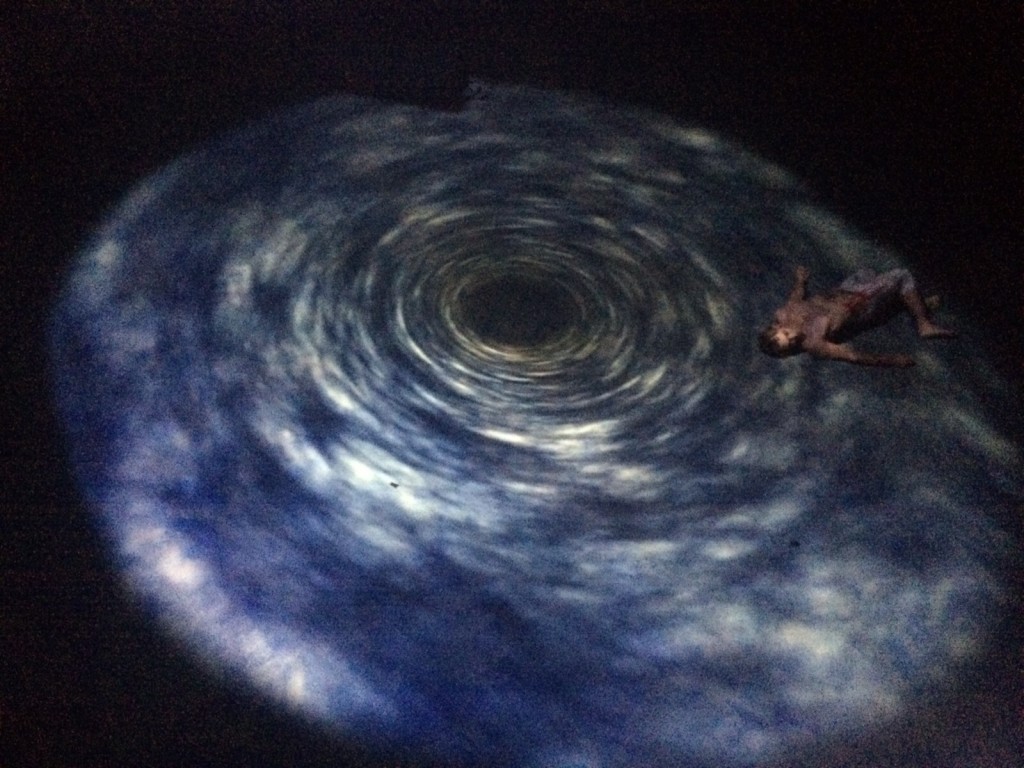 By using a series of iconographic references borrowed from the contemporary art world (Thomas Hirschhorn’s collapse – Abschlag, 2014 – at the Hermitage Museum for Manifesta 10 comes immediately to mind), Leonori – tied, as always, to the subject matter of transforming words into space and the world on the surface into temporal terrain – implements a transmedial project with Il crepuscolo dell’arcadia. Dieci quadri per un’Opera-Mondo[2] created for the Teatro Comunale Accademia degli Avvaloranti di Città della Pieve that extends to the various balconies of the art world to construct a total project whose totality overwhelms spectators and converts the stage into a magical, cosmic and metaphysical territory. 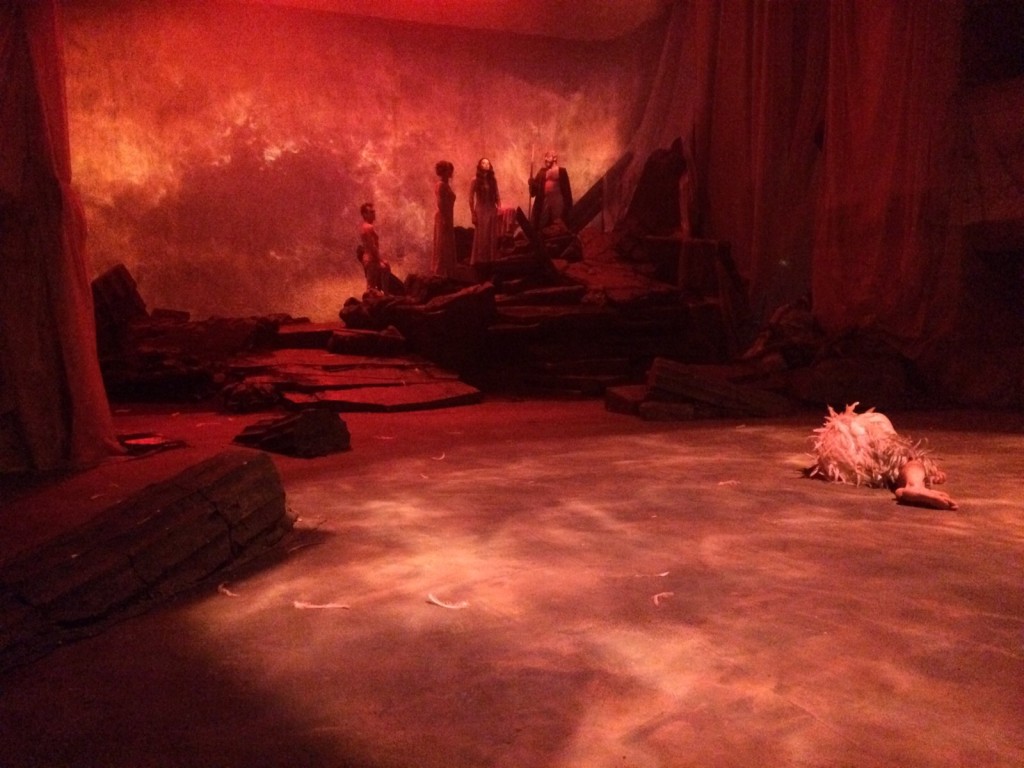 Drawing attention to an insightful dialogue with the world of visual arts and a luminous transmediality that inevitably touches upon a variety of creative continents, the artist builds a project of a polyphonic sort marked by an inspired multi-lingual aestheticism capable of traversing (and even overlapping, at times) different skills. The intention is to mislead and capture spectators in order to transport them into a magical world or a dream in which video, sculpture, body-environment, sound and light create the likeness of the face (or the secret desire, perhaps?) of a  Gesamtkunstwerk. For that matter, isn’t a set design a large contemporary art installation which never fails to astonish or excite the audience with visual artifices that are increasingly compelling and riveting notwithstanding the fact that it is linked to the functionality (and pretence) of the stage?