Transformers at the MAXXI Museum 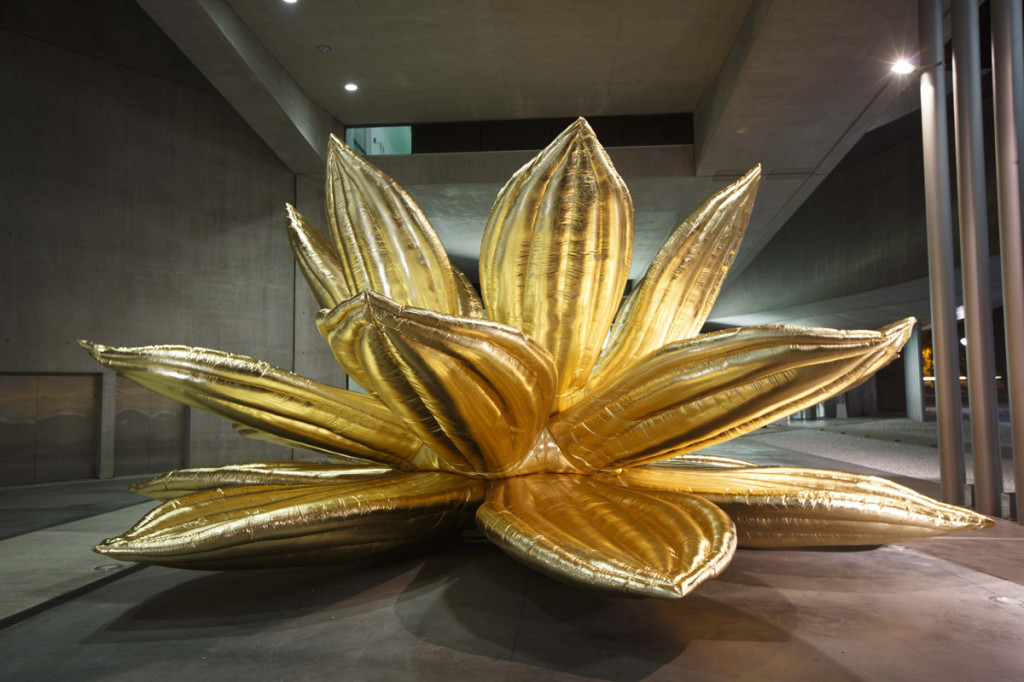 From the concept of transformation comes the vision of a process which, in art, concerns the possibilities of re-creating formal, aesthetic and spatial structures. But beyond form, the action reverberates in the conceptual and relational condition which arises from it.

Many of these themes are pinpointed in the Transformers exhibition at the MAXXI, curated by Hou Hanru and Anne Palopoli, which includes wide-ranging references to political and social current events, with their repercussions on the human condition and artistic and architectural research. As the visitor arrives in the space named after Alighiero Boetti, in the National Museum of 21st Century Art, a huge lotus flower, mobile and golden, breathes in the setting, giving off a marked feeling of serenity. Its appearance – bright colours, soft, animal-like lines – feigns a hidden substance. On closer inspection, the surface of Choi Jeong-Hwa’s Golden Lotus is made of a series of thermal blankets, used to warm the shipwrecked from overloaded and leaky boats. The human condition is observed from several angles, demanding breath and dialogue between art and design, in the conviction that much can be changed and re-used if everyone gets involved and works together. 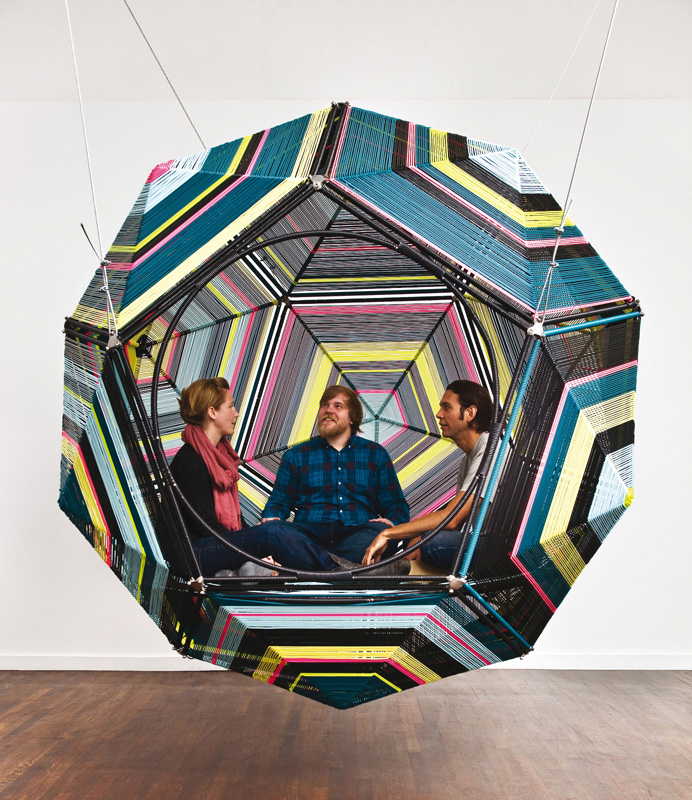 In an age of profound transformation, Choi Jeong-Hwa (Seoul, Korea 1961), Didier Fiuza Faustino (Chennevières-sur-Marne, France 1968), Martino Gamper (Merano, Italy 1971) and Pedro Reyes (Mexico City, Mexico 1972) share the common threads of art, design and political activism. The works in this show highlight many of these creative and social expressions in a statement of intent, conveyed by techniques and materials in an evident state of transformation. At the very threshold of the museum, Golden Lotus directs the thoughts from golden image and soft sound, with constant deep breathing, to reality and everyday matters. Objects that are simple in terms of use and value become brightly-coloured and attractively-shaped elements which Choi Jeong-Hwa gathers and reassembles into a new appearance. Immense installations that occupy space and become places themselves, where the visitor can pause and observe.

Topics closely associated with emergency also appear in the work of Didier Fuiza Faustino. The French-Portuguese architect and artist affirms the seriousness of the appearance of normality, in the certainty of living in an era which seeks to locate a territory, a place which is once again a hospitable and vital space for people; in the relationship between art and architecture. His work focuses on a determination to bring new freedom to spaces stripped of their power, as in Exploring dead buildings 2.0, in which young Cubans armed with video cameras explore and amplify the abandonment of a space – the School of Ballet designed by Vittorio Garatti and never completed. With the pressing topic of immigration, today reflected by the media in an arbitrary contextualisation of the human condition, Body in transit and Lampedusa exist physically in the museum’s space with all the urgency of tangible reality. A reconstruction of a box used by clandestine immigrants, hanging onto the undercarriage of a plane, and a large boa, the latter as a  contemporary counterbalance to Géricault’s Raft of the Medusa, reproduced in giant scale on the nearby wall. 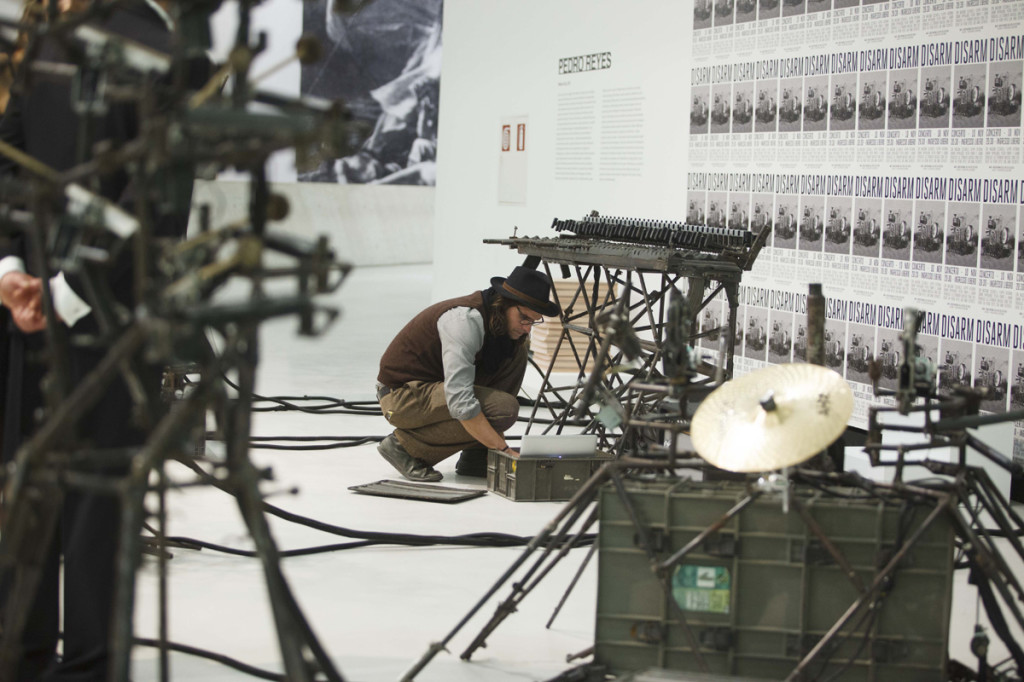 Transformers inserts itself into geopolitics and raises many alternative considerations. The work of Pedro Reyes likewise; he is extremely interested in indigenous communities and elements of popular innovation, and his work is a reflection on world events, which energetically summarises an alienated dimension’s lack of power over creative reality. With Disarm, he postulates the need to re-think the massive use of weapons, by turning their violent potential into irresistible instruments of harmony and listening. Reyes’ sculptures, made from a large number of weapons – incapacitated by a public action of the Mexican Agency for the Prevention of Social Crimes – become musical instruments which use electronic mechanisms to automatically generate and broadcast sounds. On the opening evening, the feeling that change is possible was made manifest by a performance of violin, bass, glockenspiel, rain stick and pan pipes, played by musicians who located and activated the melodic trace of the instruments. 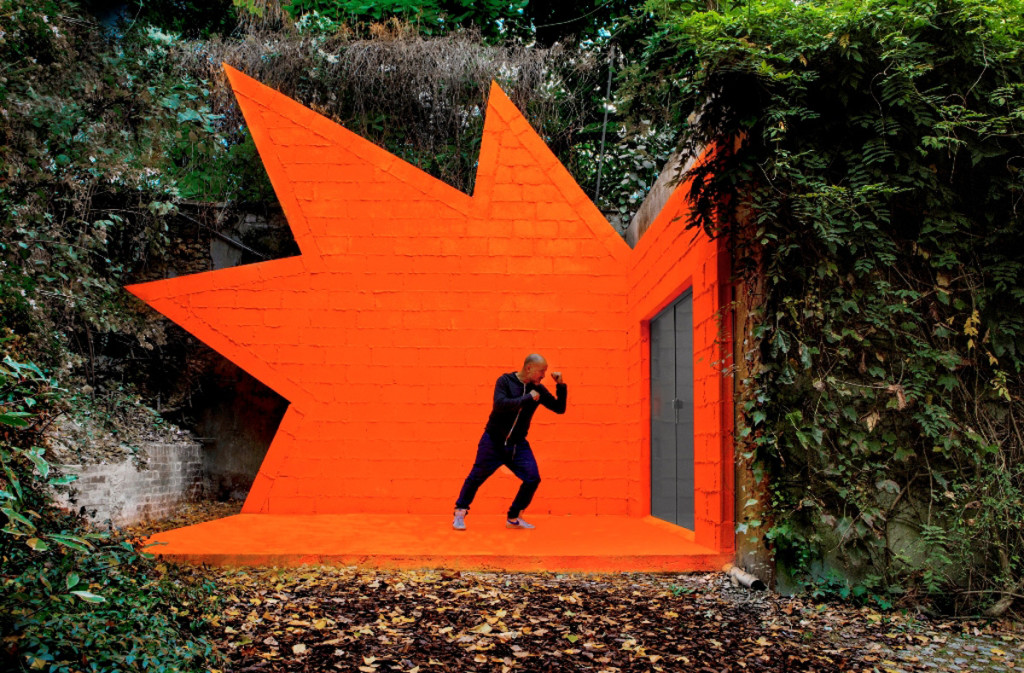 Mechanical transformations allow otherwise impossible conditions to be approached; this is the case too with Martino Gamper’s work, where the mutation of usable objects also requires input from the viewer. The work Post Forma refers back to the artist’s sense of active re-use in his treatment of materials and shape, and – from the public – in the rapport between vision and direct relation.

How to proceed to revitalise the relationship between individual and circumstances, with the experience of progress, in social relations? In recent decades it is increasingly clear that the answer goes back to creativity; Hou Hanru himself emphasises this in his piece in the exhibition catalogue. In sustaining the participation of individuals, of the community – in the willingness for metamorphosis and rebuilding – the creative medium proves to be the compelling apparatus for transformation.