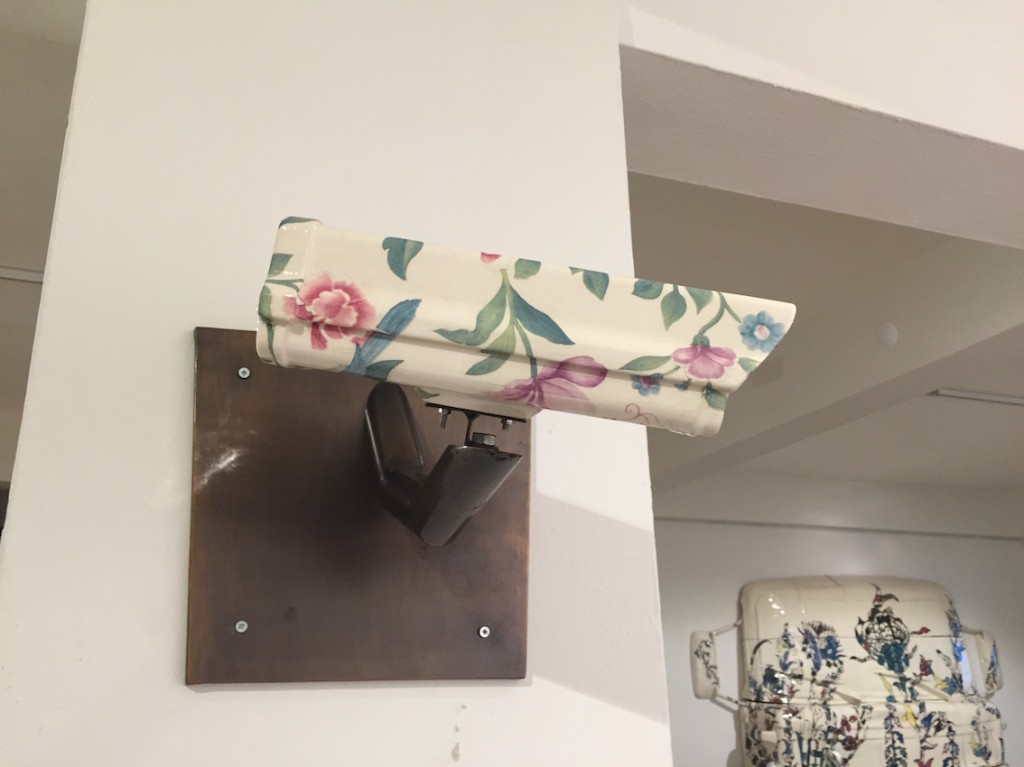 With an expression intent upon deciphering how communication tools work and how control is exercised over the masses, aimed at grasping the wavering moods of the populace and exploring the diverse facets of everyday contemporary life, Burçak Bingöl (Görele, 1976) creates projects aimed at taking apart commonplaces, with a view to identifying the life we lead today and making sense of the complexity of our lives in society. 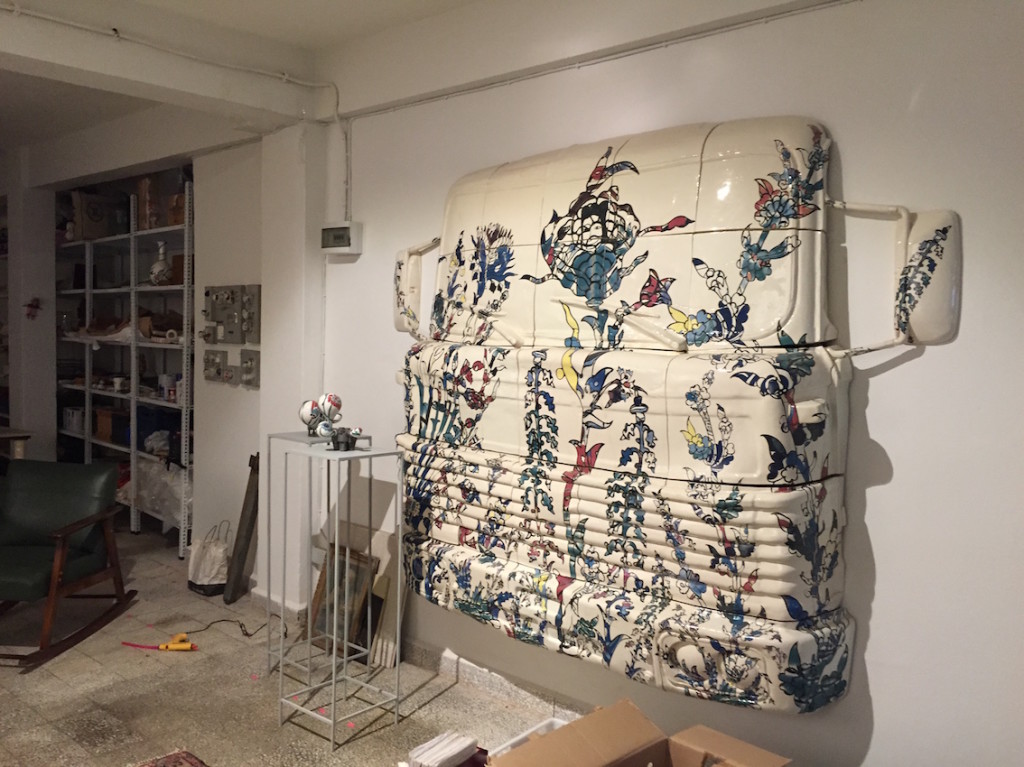 Exclusively through ceramics, an ancient material given a fresh appraisal in order to build a bridge with popular traditions and a number of shreds of her own career, Bingöl strips the meaning and context from a series of everyday objects (surveillance cameras, the couplings of plumbing pipes, or – in the case of Seyir (2014) – the front of a truck, completely reproduced in terracotta), before putting them back together, applying a chameleon-like decorative approach that calls to mind nature, and at the same time, the cultural arabesque formed by her land of origin. 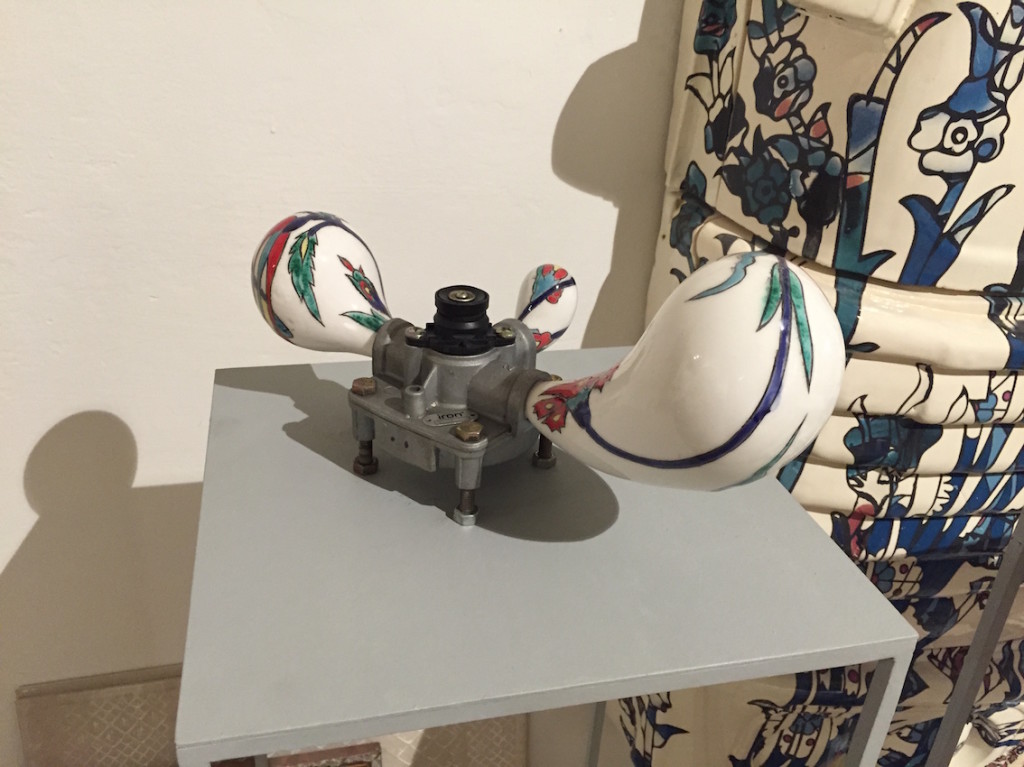 Maneuverability (2012), Barbie Blues (2013), Permeable (2013-2015) and the recent Unforeseen Resistance (2015) are all special projects, which together with a number of her most recent works (Lel le-le lel, 2014) and the extraordinary Süperakış (2014), a marvellous aesthetic achievement, as well as the Bir Balon Yok mu? series (2014), are representative of just some of the pathways the artist has embarked upon, sketching out an evolution reaching constantly into space and building audacious relationships that engage the visual capacity of the observer in depth.

Stretching constantly towards the exterior, the core of her expression seeks to strip objects of their original identity and function, inviting the observer to reflect on the perfection of the shapes, on their intrinsic artistic value and on the shifts in perception that those shapes may encounter when repositioned along an axis impeccably bereft of the hand of the artist. 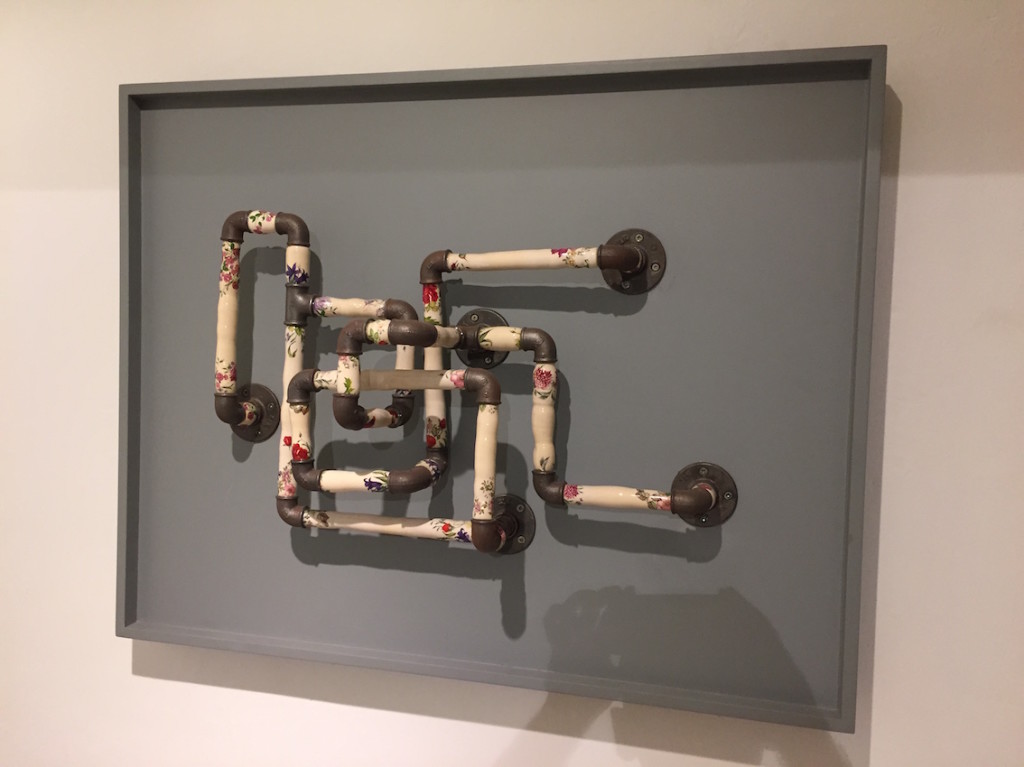 Hovering between artifice and nature, between the organic and the inorganic, the artist creates a continual cast of reality, with a view to producing counter-images, enticing, reasoning devices that on the one hand mimic the object torn away from the pace of the ordinary with a gentle, delicate, yet precise tone, yet on the other attire and shroud it with a form of expression and an intellectual mechanism that invariably goes beyond the present shape and function, moving in the direction of a sensitive, instinctive understanding of what lies behind the object.

Transformers at the MAXXI Museum