by Mario Savini
in focus, Interview

Yiannis Melanitis (Athens, 1967), is an independent artist and associate professor at the Athens School of Fine Arts. Melanitis is author of a humanized butterfly realized with the technical collaboration of Stamatia Matina Papagiannarou (MSc Molecular/ Universitätsklinikum Mannheim). The gene of the artist was inserted in the genome of the butterfly which shares the same name (from the species the Common Evening Brown of the Containing group: Melanitini, Linnaeus 1758). Arshake is pleased to relaunch, translated into Italian, the interview released by Yannis Melanitis to Mario Savini before Leda came to life. The interview was published on Mario Savini’s platform postinterface on August the 3d, 2016.

Yiannis Melanitis: The project aims to clone the Leda Melanitis butterfly using one of my genes and expressing this human gene in the butterfly. A unique transgenic butterfly, the Melanitis-Melanitis Leda will be an organic mediator between art, biocode and language. The two “subjects”, me and the Leda butterfly share the same name – both need to express an identical protein, which will give the same, strong, visually detectable phenotype. 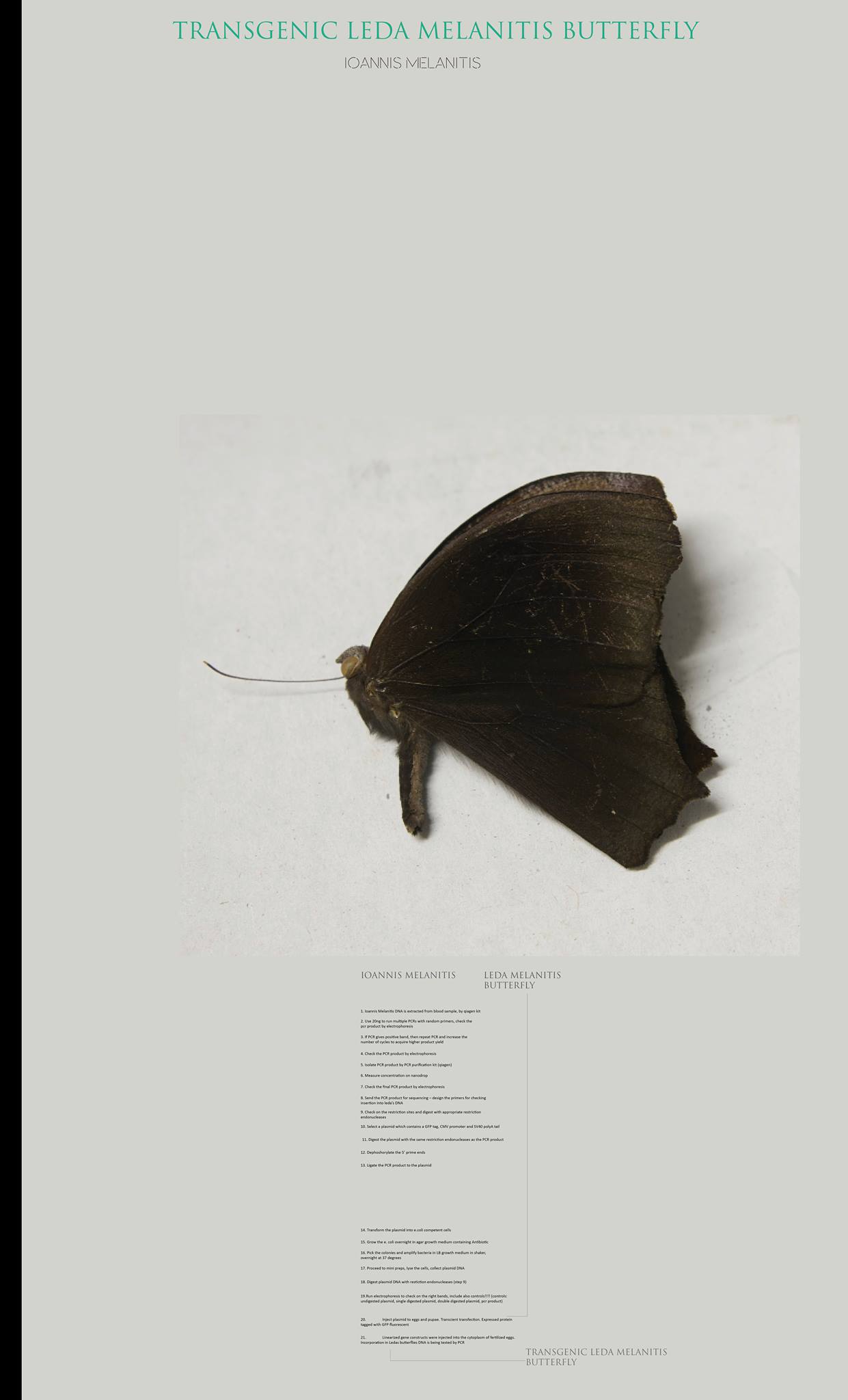 What does this project precisely consist of?

There are three steps in this process. Primarily, the precise defining of the ontological concept of informational exchanges that leads to the conceptualization of life and the use of biocode as an artwork. The biotech lab process of gene manipulations follows and finally the breeding of the strains during their new life. 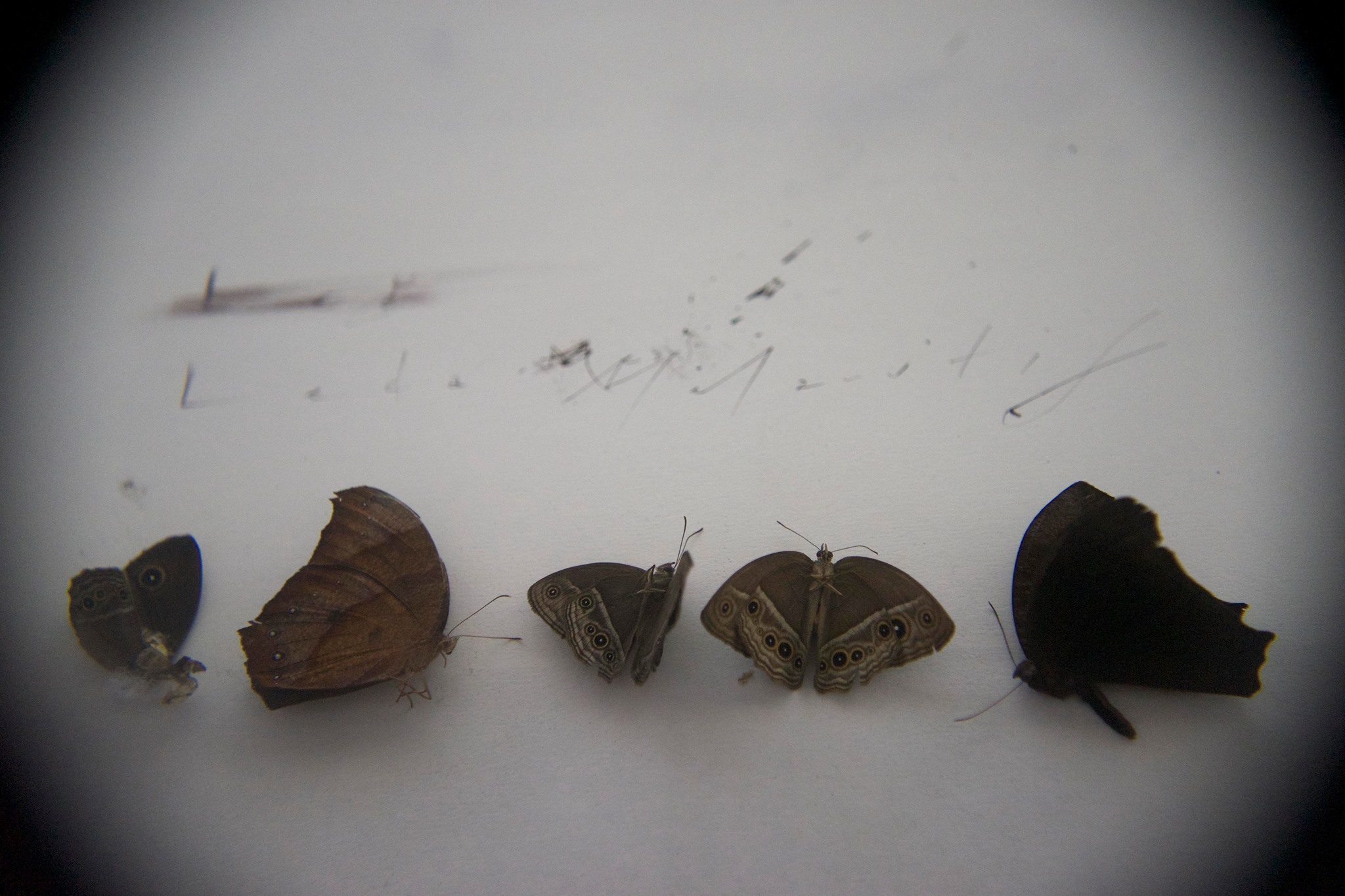 Why do you want to create a new form of life?

Primarily, all life is new, in the sense that life is not only the result of a decoding process expressed within an environmental status quo, but refers to infinite information exchanges of this genetic material with the environment. In my modus operandi for the artist, information overpowers everything and is impossible to neglect. We may call two organisms with duplicate genome as “identical”, but this is a methodological formalization. The ontological allocation escapes. Organisms examined in the laboratory never share identical dynamics as their environmental clones. Precisely, by reducing the spatial range, we remove their information exchange potential and organisms tend to perform within a restriction frame. Life is not only the genetic potential but also how open it can be to the world… Creating a new life-type after the re-formalization of the butterfly genome, is merely the outcome of the artistic process of mixing information. Mixing up genetic information of the human Ioannis Melanitis with Leda Melanitis, establishes a kind of human identity in the butterfly. Nevertheless, life is never new, life is the outcome of a wakeful bricoleur, either man or nature itself, who use old materials in a new classification. 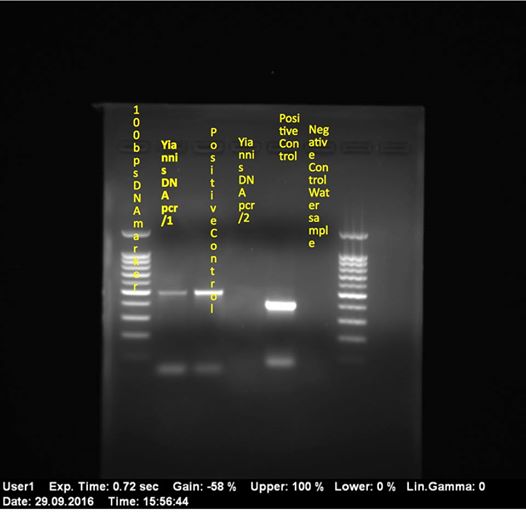 Where will “Leda” live after its birth?

All transgenic animals breed in restricted (in vitro) environments, for further analysis of the development and growth of the embryonic transgenic species. Subsequently, an expert may freeze the eggs in order to regenerate the transgenic butterfly by skipping the time-consuming cloning and transgenesis steps. 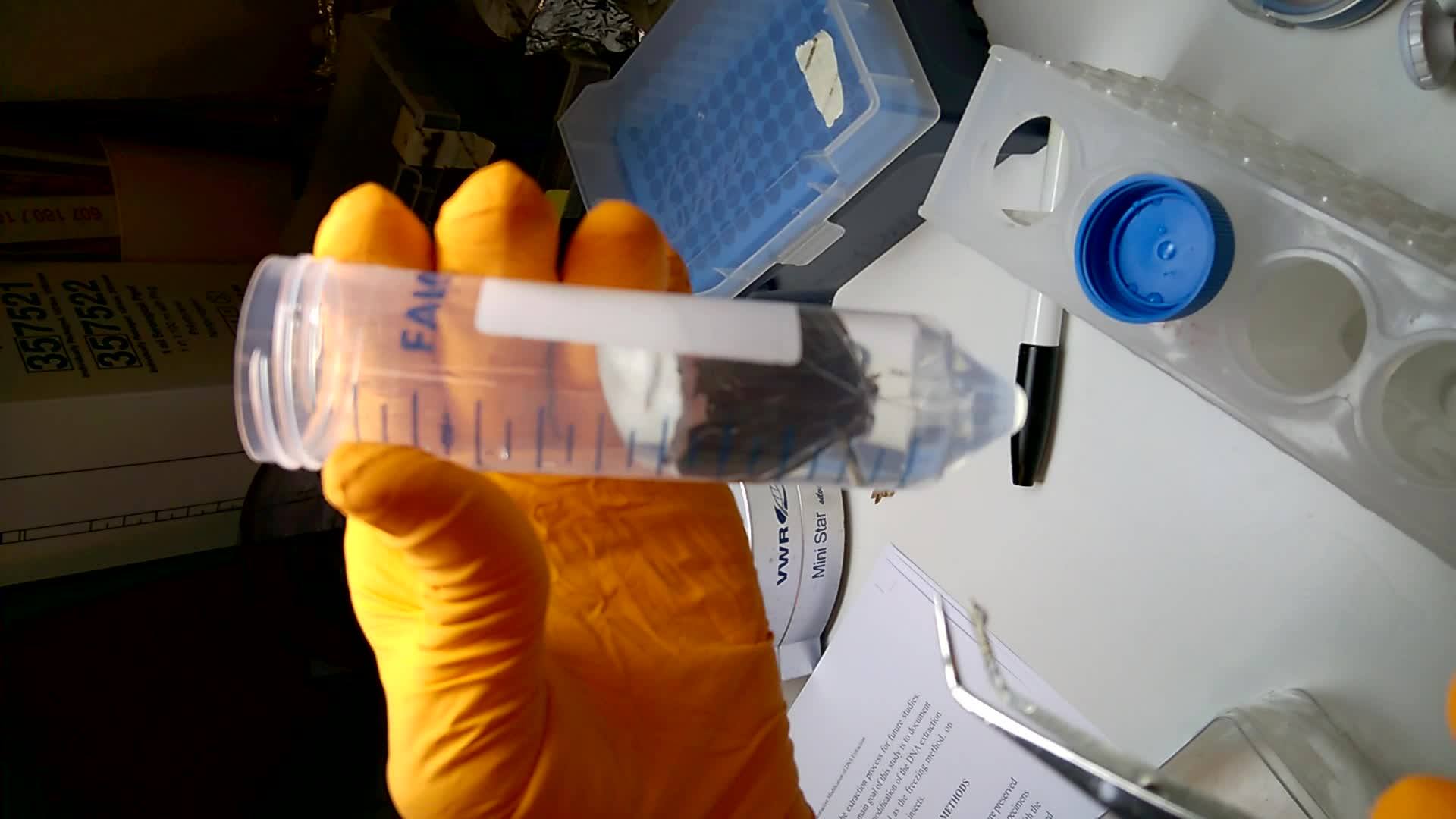 But most importantly, what will this humanized butterfly represent?

A humanized butterfly is the implementation, as any other form of life, of a unique code expressed in a unique image. It is an artistic caprice but of great significance, since it also incorporates life and “text” in a way that will be soon a common practice. A today’s headline (22/07/16): “Chinese scientists will become the first in the world to inject people with cells modified using gene-editing technology in a groundbreaking clinical trial next month.” Modifications of this kind are not prognostications but prefabrications for industrial practices, they are far away from any “pure” scientific exploration interest. This info-bio knowledge should not exclusively be under state control… Designing a new code is the key, the critical stance for any modern artist. In a recent interview with a more precise analysis on these issues, I refer to my interest in code and information: “By adding information to the core of the natural world we are in a procedure of conceptualizing life”. 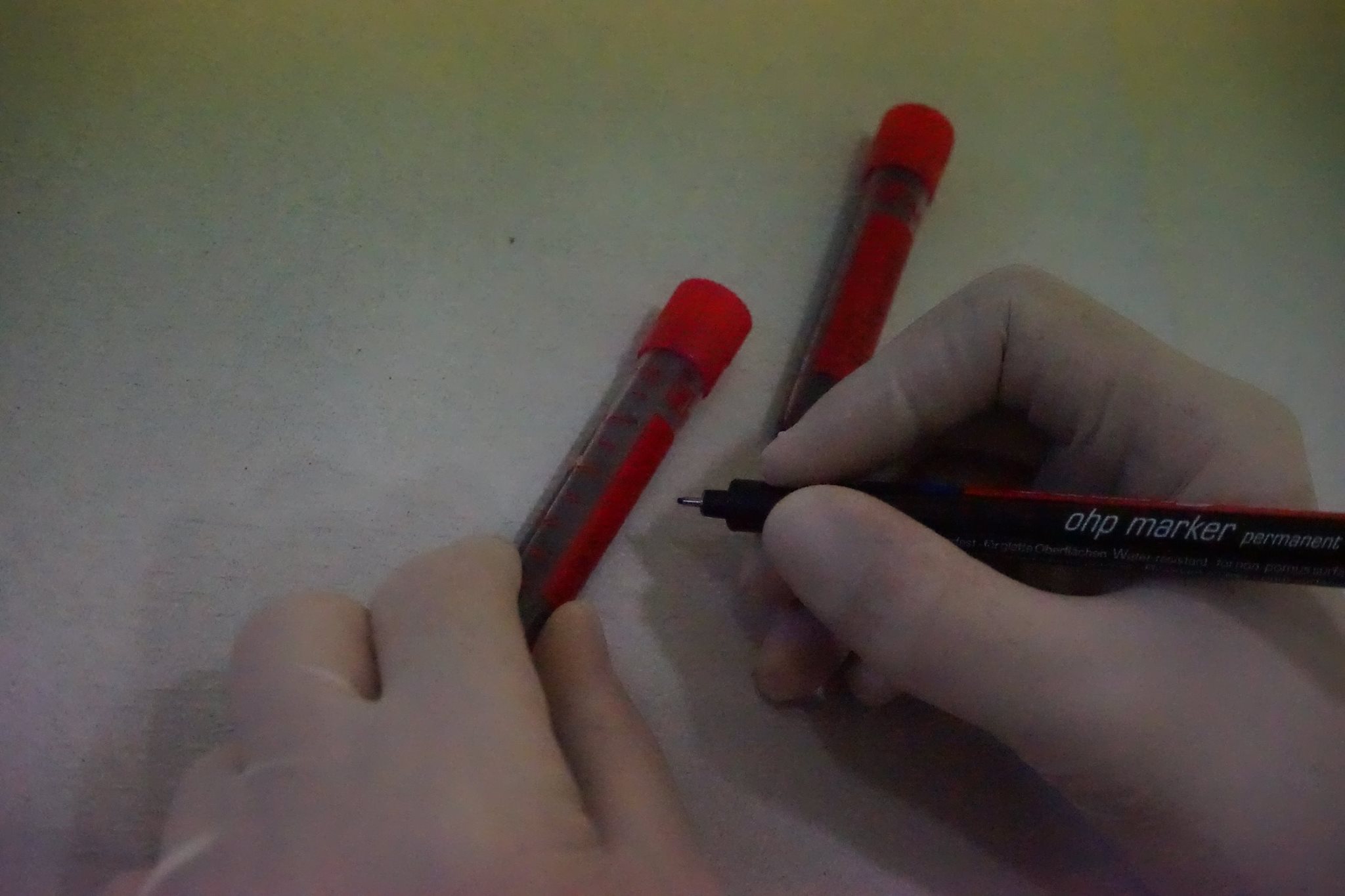 How long does it take to develop a project like this? How many people and institutions are involved?

At least six months to one year depending on difficulties which possibly arise in cloning and transgenesis from a well qualified team: one scientist for the molecular genetics and genotyping (screening) and one for the transgenesis. Some technicalities always arise in new projects like this.

What kind of legal problems are there to carry out this artistic work?

Essentially, the aftermaths and mystifications of such a “simple” idea, to carry a gene in an animal which happens to have the same name as you, are innumerous. As time goes by, answers on legal claims caused by biotech may differ. An artist provides dissimilar responses than a biologist. Strangely enough, biologists, as Matina Papagiannarou confirms, “are allowed to work among species as long as they do not experience suffering and pain. In such case they should be euthanized at once”. During Leda Melanitis project, the butterflies may left to inder- breed in the lab till extinction, though biolab ethical practices do not include strict rules for the euthanasia of non mammalian animals. Since euthanasia as a term contains the self-paradox of death, there is no kind of death that is “proper” if provided by an external cause…

The interview was originally published on post interface on August 3, 2016 (original title: Transgenic art. Leda Melanitis butterfly. Mario Savini’s interview with Yiannis Melanitis) . Postinterface is a platform that continues the vision of theoretician Mario Savini launched with the homonym book, published by PLUS (Pisa, 2009) with a QR code cover through which is possible to access the platform.

The essay “A transgenic butterfly named Leda Melanitis or Art at the Threshold of Ontogenesis” by  Ioannis Melanitis is now available as part of the new book: Assimina Kaniari (edited by) “Institutional Critique to Hospitality:Bio Art Practice Now A Critical Anthology“, 2017