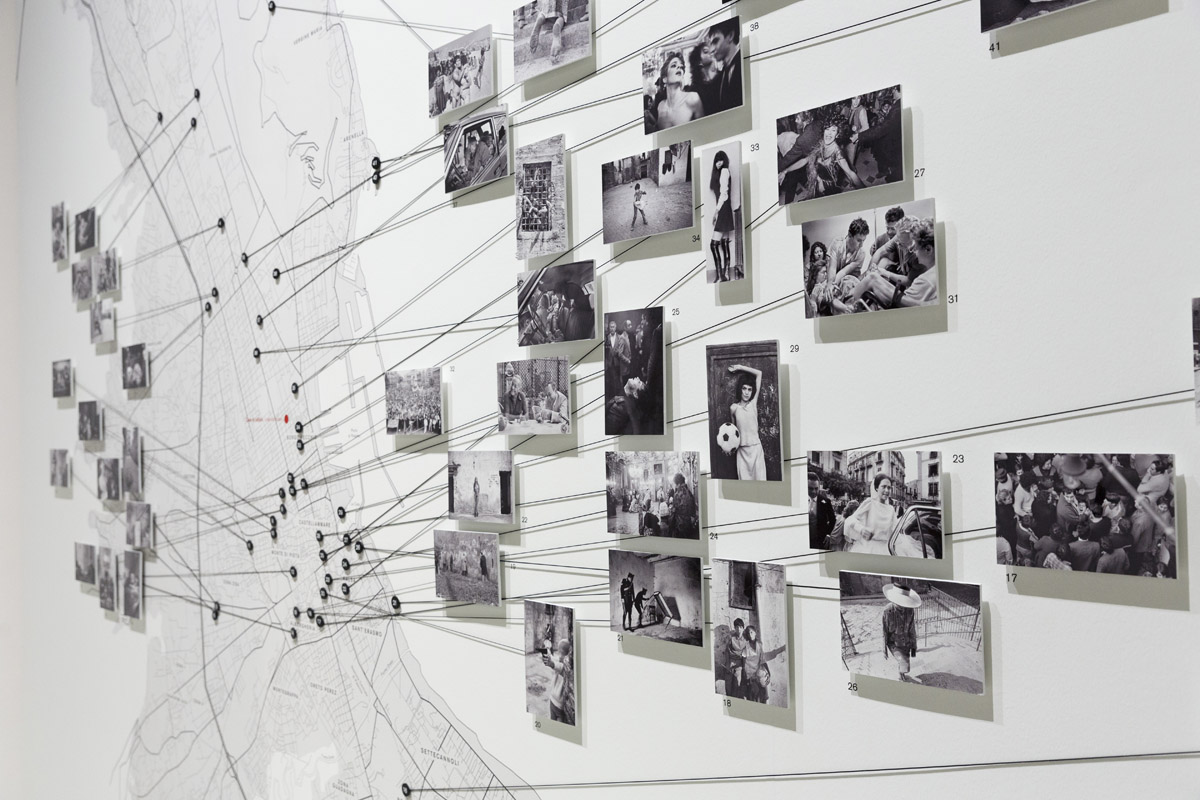 As long as she draws breath, Letizia Battaglia (Palermo, 1935), photographer in self-defence, will continue to take photographs and present to the jaded eyes of the viewer images of a world falsified by the “ruling democracy”, conditioned by the silence or omertà of the “ruled democracy” (Bobbio), demeaned by the closeness of the mafia and the political manoeuvrings of the day, which “take decisions that are binding for an entire social group”.

The MAXXI in Rome recently inaugurated a wonderful retrospective of her brilliant intellectual career and her social commitment: Per pura passione, curated by Paolo Falcone, Margherita Guccione and Bartolomeo Pietromarchi, which at last provides a multifaceted portrait of a woman whose curiosity and militancy has left an indelible mark not only in the field of photography, but also in publishing, film-making, experimental and political theatre, and in direct experience with the patients of the nineteenth-century “Real Casa dei Matti” (today called Pietro Pisani Psychiatric Hospital after its founder).

At the entrance to the show, where Anish Kapoor’s Black Widow was installed until some time ago, a map of Palermo introduces Battaglia’s amore amaro (bitter love) and showcases a series of cardinal points corresponding to images of an act, a crime, a simple story. 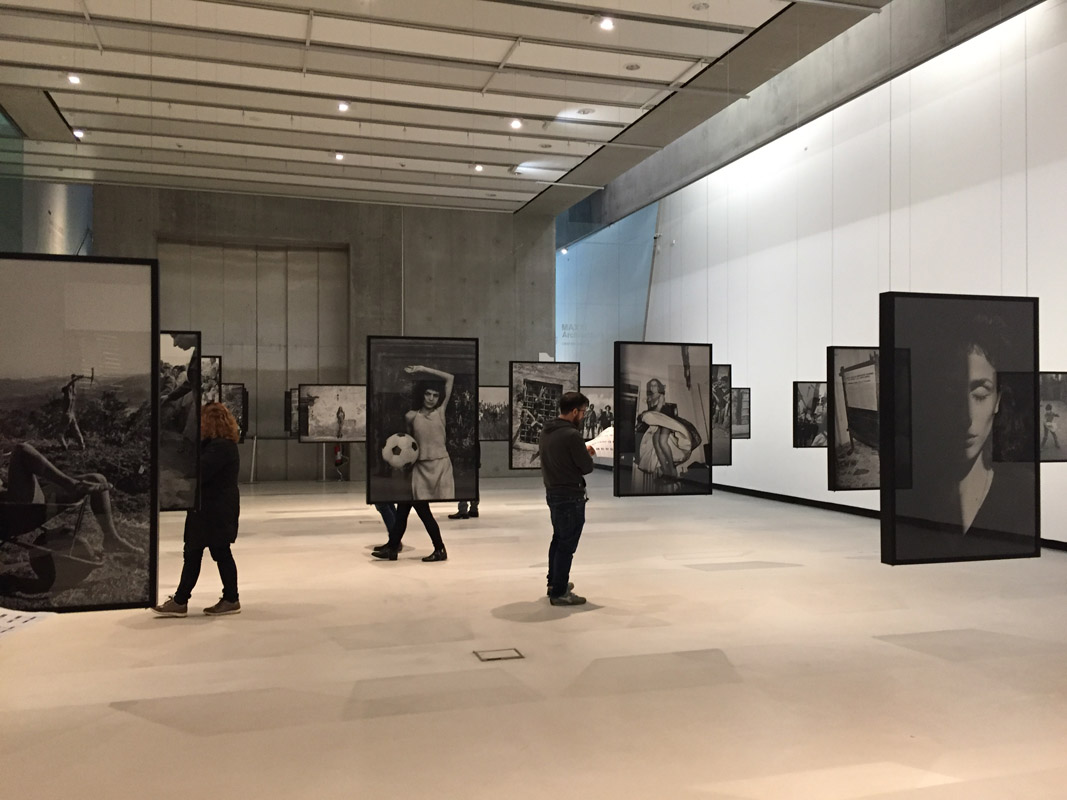 In an initial room, the visitor is greeted by an overview of three decades’ passion for publishing: indeed, there’s the first and only edition of Fotografia (1986) devoted entirely to women; there’s an extensive series – on the wall – of Grandevù. Grandezze e bassezze della città di Palermo (a magazine which is a “reference point in the debate around issues concerning the politics, environment and social situation of the city in the critical years (1985 to 1990) of the Primavera di Palermo”); there’s a display case containing volumes from “La Luna” publishing house: Mezzocielo (the magazine by women, for women, still in existence) and lastly there’s a selection from “Edizioni della Battaglia”, a publishing venture founded in 1992 as a reaction to the murders of Giovanni Falcone and Paolo Borsellino. These are followed by some exquisite pieces from the photographer’s early years (in Milan and Genoa), also Sicilia, dagli anni Settanta e Novanta, as well as portraits (including Dacia Maraini, Ilona Staller and Renato Guttuso nel suo studio, the latter taken in 1985), theatre (she directed Il pianto della Madonna di Jacopone da Todi and Uccidiamo il chiaro di luna. Una serata futurista) and images from the psychiatric hospital in Via Pindemonte (Palermo), where the artist – in line with the directors of Matti da slegare (1975) Marco Bellocchio, Silvano Agosti, Sandro Petraglia and Stefano Rulli – worked in the 70s and 80s, running creative projects and theatre workshops which would culminate in the films Festa d’agosto and Vatinni. On one wall, before the visitor advances and becomes lost in the vast anthology of photographs, several pages from the Sicilian newspaper “L’Ora” tell the story of Battaglia’s collaboration with a major paper, her commitment to the fight against the Mafia in her role as photographer, recording images and accompanying them with incisive articles to depict the lost face of Italy. Right next to this composition, an elegant frame contains a threatening letter written in capitals and “old-fashioned” Italian (it is worth quoting the entire text): “Dear signora Letizia / you have taken the liberty not only of possessing / this photo but also of publishing it. / Therefore our advice to you is to go away from Palermo immediately / in other words, leave Palermo for ever / because your sentence has been decreed / With your work you have broken too many balls / We understand each other. Now do as you see fit”. 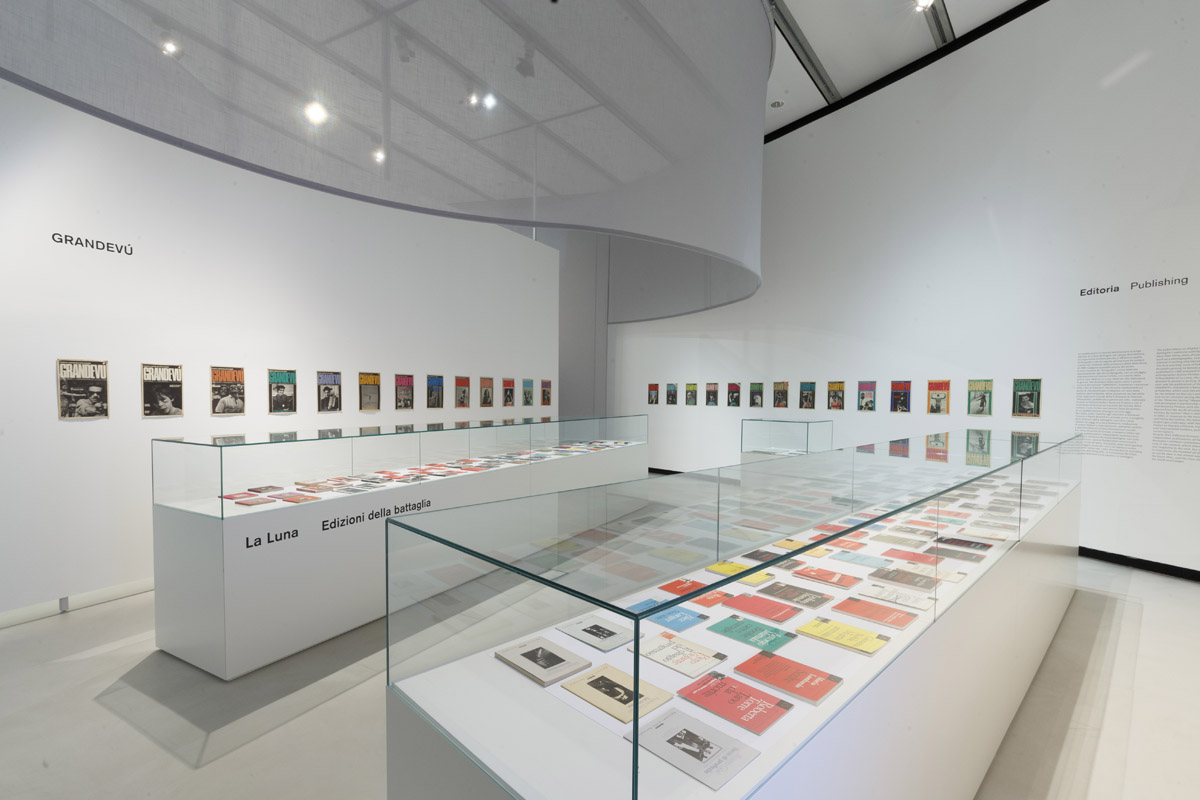 After these sections, which reveal and underline the world of Letizia Battaglia – irreverent intelligence, allergic to rules (rules which plagiarise and plague the world), the visitor is literally immersed in her photography, in images that speak louder than words, in a plastic space where 126 front and back photos suspended from fine steel cables (the impact is highly reminiscent of the Lina Bo Bardi installation at the Museu de Arte Moderna in São Paulo 1957-1968) tell of Italy, its beauty and its brutality, its light and its darkness.

The visitor walking among these dazzling images can come across Giulio Andreotti with Mafia boss Nino Salvo and other politicians at the Zagarella hotel (1978), read the Manifesto for the death of Peppino Impastato, young journalist and communist militant (1978), contemplate Michele Reina, provincial secretary of the Christian Democrats, assassinated in front of his wife by two killers (1979) and Judge Giovanni Falcone at the funeral of General Carlo Alberto Dalla Chiesa, murdered by the Mafia (1982), stumble across a man with The cap (1983) and listen to the silence of Flowers for a young thief killed by the police (1986), greet a Farmer among the trees (1993) or be moved by the eroticism of women who love too much, by females halted in their splendour, like Francesca against the facade of the Garibaldi theatre in 2003 or the journalist in 1978 who dances on her chair and seems to shriek the words of Shakespeare’s Richard III, echoed by Javier Marías, Tomorrow in the battle think on me.