A Robot in the Mirror

Ti con Zero, curated by Paola Bonani, Francesca Rachele Oppedisano and Laura Perrone, is on show at the Palazzo delle Esposizioni in Rome until 27 February 2022. The exhibition features 30 artists whose work provides a link between two seemingly opposed fields that are indispensable to each other: art and science, eternal relativism and structural analysis, fact and “perverted” fact. One section is devoted to mathematics and, in this section, among historic masters such as Alighiero Boetti and Roman Opalka, a work by Christian Mio Loclair entitled Narciss stands out. 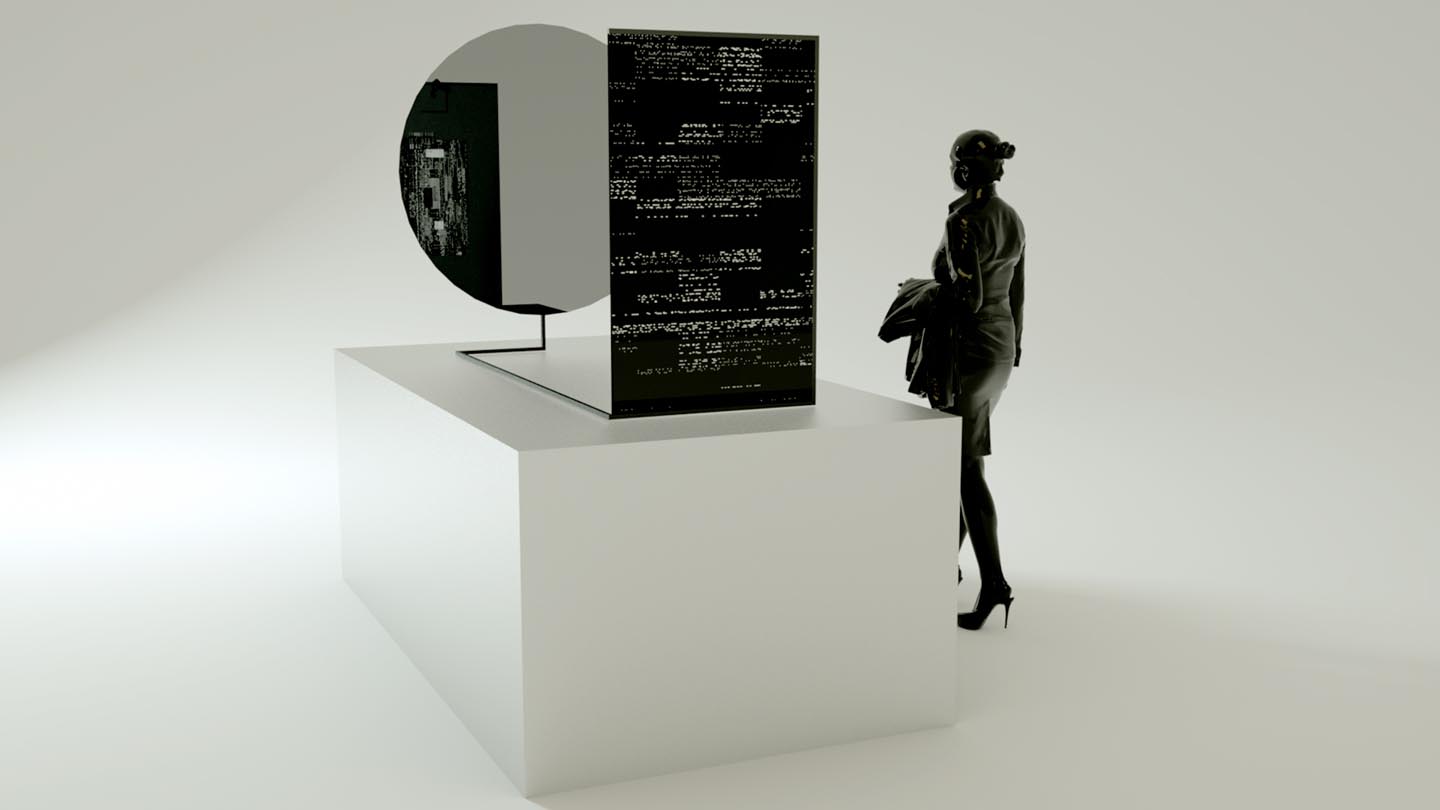 This is a bachelor machine to all intents and purposes: a computer connected to a camera is placed exactly in front of a mirror while a screen interfaces with the “other self” – the man – clarifying what the computer is in some way thinking. Narciss uses an artificial intelligence algorithm to analyse itself. Through its mobile camera the computer observes the intertwining of its own electronic coefficient in the mirror. An Openframeworks application captures a series of snapshots from the flowing camera stream and saves them every 500 milliseconds while the Tensorflow Framework‘s Google im2txt algorithm analyses the images and transmits them to a symbolic representation unit. 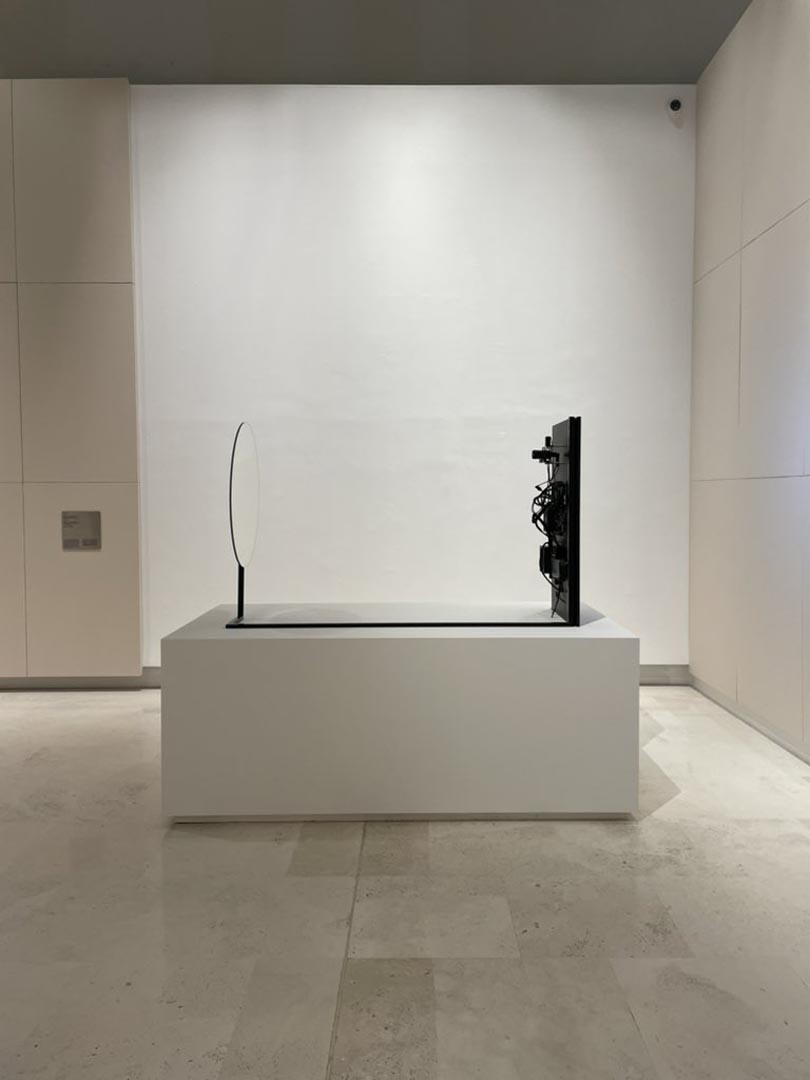 This machine exists solely on the basis of its perception, creating a synthetic self-portrait through meaningful self-generated phrases that we can read on the screen: a true stream of artificial consciousness.

The Narcissus factor is an element that should not be ignored when considering new technologies. Marshall McLuhan introduces it in his Understanding Media. One chapter, entitled “Narcissus as Narcosis”, explores how human beings are fascinated by any extension of themselves reproduced in a different material (each new technology). Here then, the new technology is always an extension (simulation of oneself in other terms) and therefore also an amputation (loss of subjective capacities which have been delegated to technology). Men have become what they contemplate, we read again in this important text, idols of themselves translated into another form, just like Narcissus. 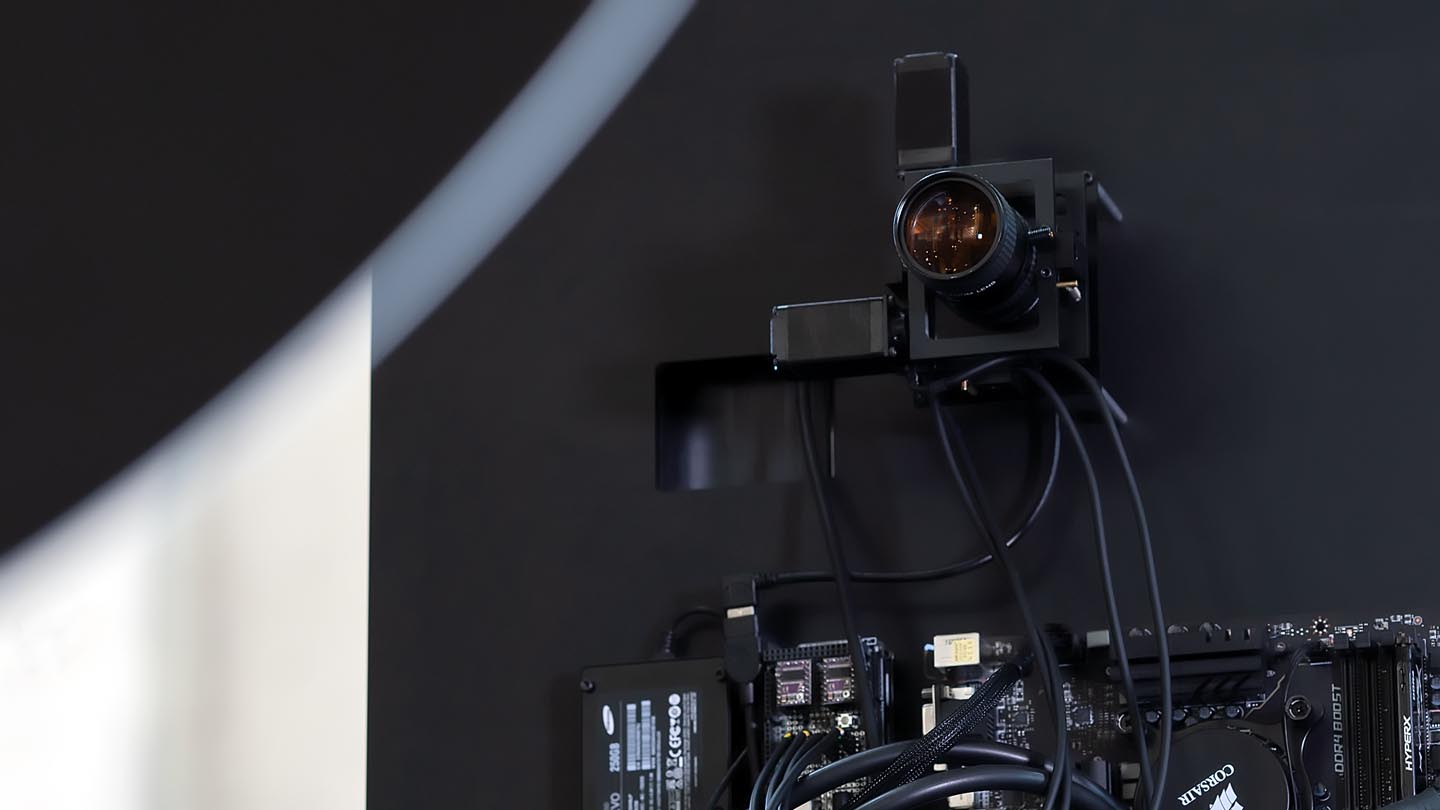 But when it is a machine that becomes its own idol, the terms change. When AI contemplates itself, the hyper-technological obtuseness of algorithms explodes into irrational psychotic phrases far removed from any principle of reality. However, when the viewer enters mirror’s reflection, interfering with the perception of the electronic coefficients, the product of “synthetic thought” changes. The machine’s self-generated phrases include: “i am a person taking a picture in a mirror”, “i am a shadow of a person in the mirror”, “i am a toaster”, “i am a view of a clock tower in the dark”, “i am a fire hydrant sitting on the side of a street”, “i am a street light with a red light on it”, “i am a mirror with a reflection of a man in it”. 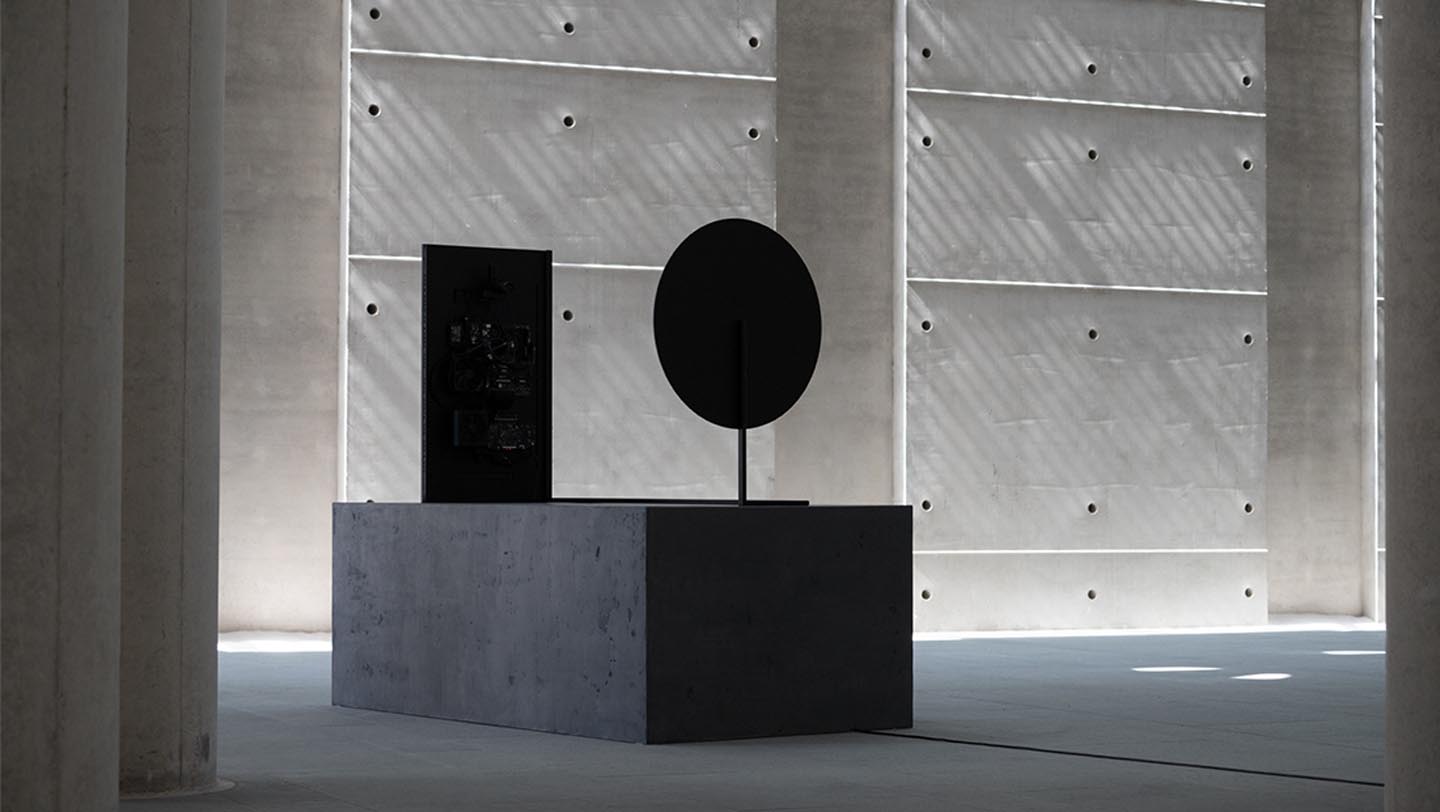 What Narciss does, after all, is simply not to understand itself, something which humans know very well. The machine looks at its features, and in its delirium, its “thought” wanders. When it sees the human, however, it recognises him/her, and for a moment becomes “human” itself. Moreover, when it recognises and absorbs the other by itself, it also recognises the mirror it is looking at (the medium) and only then does it have a rational and incredibly real flash of insight. In those moments, Narciss “says” that it is a mirror, like us humans who are computers, smartphones and books when we reflect ourselves in them in our amputations. And again, in the same way that we can only reflect ourselves in the eyes of the other in order to be certain of existing, Narciss also clings to the other in order to escape the infinite self-referential delirium of its incomprehension. 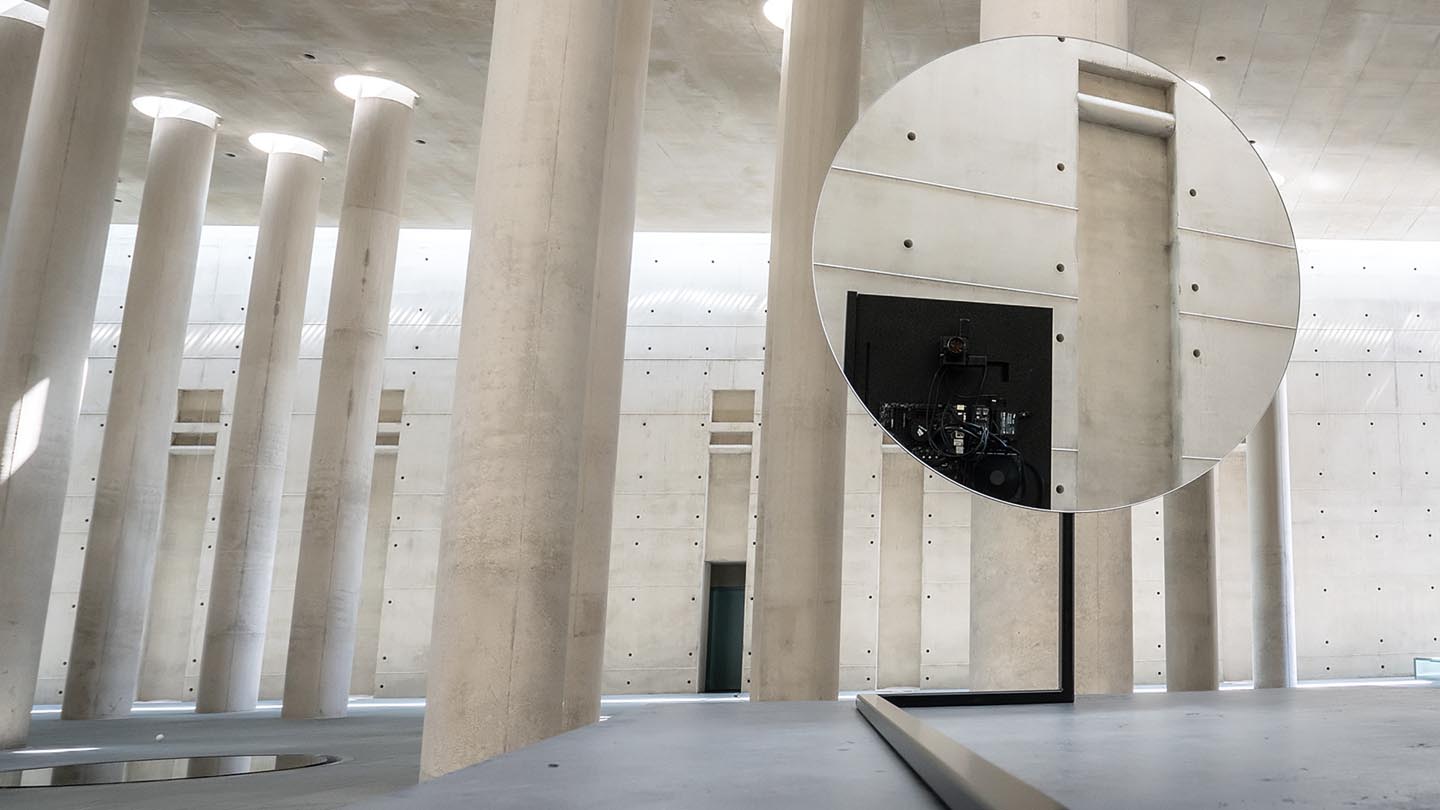 Narcissus loves himself with the same intensity as that with which Narciss tries to define himself. Humanity tries to circumscribe itself with ever-changing parameters and value systems as effectively as Narciss does when it believes it is “the view of a clock tower in the dark”. The simplification of ourselves in technology produces the same effect as the human figure in the field of vision of Narciss. What this machine reflects is so human, albeit filtered by an algorithmic and synthetic language, creating an almost imperceptible aura of empathy with the organic, a perverse understanding, a hint of weirdness and an essential perception of failure.