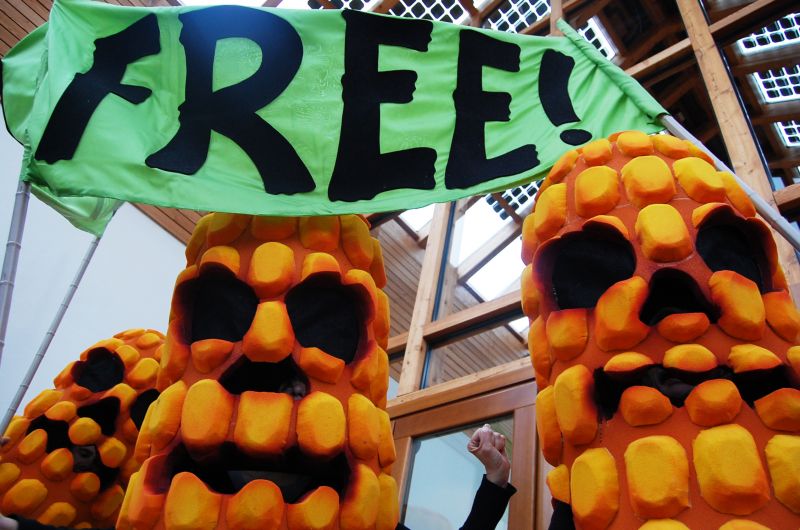 Vegetation as a political agent is the title of a group exhibit hosted at the PAV in Turin. Curated by Marco Scotini and conceived as part of the 2014 Commons Art artistic programme with the sponsorship of the Compagnia of San Paolo, this show aims to contribute to the recent phenomenon regarding the recovered interest in the botanical and biological world. Works on display encourage a critical reflection upon the exploitation of our civilization’s natural resources and man’s history of colonization.

The exhibit itself revolves around two points of view. The first is historical – a reflection upon the growing value of plant-based products over the centuries, accentuated by heated battles between the powers-that-be and colonies for the control of agriculture and spices – while the second viewpoint is focused on the present and offers an analysis of more elaborate projects involving the participation of eco-activists, designers, architects and artists in which the attention is increasingly concentrated upon safeguarding the environment. The final result is an exhibition that features the works of thirteen international artists introduced by historical evidence from all over the world, illustrations, botanical samples, portions of written works and posters.

Spectators are offered the opportunity to discover and learn more about how the connections between agriculture and popular movements have led to areas like Guinea-Bissau, the islands of Cape Verde or the independence from Portugal; they can admire murals by Emory Douglas, one of the exponents of America’s Black Power Movement which defends the rural working class; they are invited to reflect upon George Chan’s model of waste recycling at the heart of Fernando García-Dory’s research centre. The exhibit presents a chance to learn more about the Green Revolution that focuses upon OGM waste on plantations with the masks and costumes designed by Piero Gilardi on display that are worn during protests (O.G.M. Free, 2014). Vegetation as a political agent is also a stage for research and experimentation for artists like Ayreen Anastas & Rene Gabri, who invest in and promote the use of organic seeds to restore the balance of the land, and Marjetica Potrč who is committed community projects and has created a self-organised community garden in the Ubuntu Park in Soewto, South Africa (2014).

Moreover, the PAV courtyard is hosting two site-specific environmental installations: Salle Verte – by the RozO group – is a botanical area in bamboo and palm leaves that hosts a series of video documentaries about the resistance movements and guerrilla tactics in the former French colonies of Vietnam, Algeria and the island of Réunion. Near the exit, spectators will find an area developed by the American Critical Art Ensemble using the roundup ready method (an invasive chemical weeding procedure that destroys biodiversity over time) entitled Sterile field and offers a reflection upon the way land can be manipulated.

In conclusion, the exhibition presents an outstanding sense of development of knowledge, as can be seen through the accuracy of historical reconstruction when presenting the exploitation of natural resources throughout the world leading up to the birth of an ecological awareness linked to the colonial adventure. The idea of reconstruction (not only in its literal sense) of a relationship with the land is the lifeblood which permeates the entire exhibit, encouraging spectators to take a mindful and constructive approach. In the words of curator Scotini: «Today’s ‘green’ is not something to simply protect; it must be reinvented.»