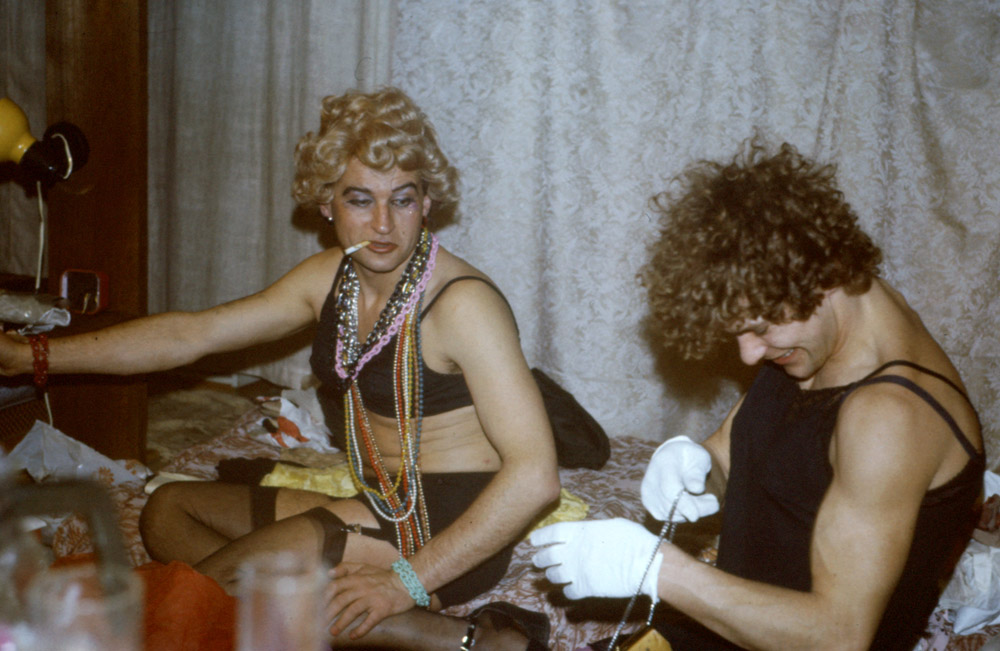 The Videobrasil Collection in Context #2 exhibition builds on Associação Cultural Videobrasil’s collection activation policy, featuring works by Poland’s Karol Radziszewski and Brazil’s Vitor Cesar at Galpão VB. The two artists were invited to participate in the second edition of the Associação’s artist residency project and are showing artworks which investigate, through different sets of principles, the notions of collection and archive.

The Videobrasil in Context #2 project was bred by the partnership between Videobrasil, the A-I-R Laboratory curatorial artist residency program – run by the Centre for Contemporary Art Ujazdowski Castle – as part of a program to promote Polish culture in Brazil, organized by Culture.pl in 2016. Both Videobrasil and the Ujazdowski Castle are recognized for their involvement in the contemporary art scene and associated with important collections in their own countries. They welcomed the artists for an initial two-week visit, allowing them to acclimate themselves to the local realities and draft a work proposal for the three months of residency that would ensue. During their residency, the artists developed the artworks that are now being shown to the public in São Paulo in the Videobrasil Collection in Context  #2 exhibit.

In the installation Anfibologia, tradução, Vitor Cesar addresses the urban space as an open archive, a meeting place where day-to-day experience takes on subtle new layers of meaning (the term amphibology is derived from the Greek amphibolia, which in modern linguistics means ambiguity or duplicity of meaning in a syntactic construction, either conscious or unconscious). Created during a residency at the A-I-R Laboratory, the piece pulls together sentences and brief remarks about Warsaw, uttered from myriad perspectives, and combines the artist’s own perception with thoughts and readings offered by his local interlocutors. Transposed into the Galpão VB venue, the artwork takes up the walls of the exhibition space and reaches beyond, establishing other relations with the architecture to extend its inquiry into the poetical potency of ambiguity and the plural character of words.

Karol Radziszewski presents his Queer Archives Institute (QAI), a constantly expanding research project that retrieves, from private collections, graphic materials and images relating to the queer experience in Eastern European countries. In a bid to expand his collection to other countries across the geopolitical South, the artist incorporates materials into the QAI that allow a brief reconstitution of the history of the presence of gay, lesbian and transgender people in Brazil. The diversity of records and eras amassed by Radziszewski attempts to trace back the genealogy of those productions, finally retrieving them from the grip of secrecy. As an artist-in-residency at Videobrasil, Radziszewski drew the from Festival’s Collection three pieces that deal with gender and sexuality issues, establishing a rich dialogue with the QAI. The exhibition features videos by Rita Moreira (Temporada de Caça, 1988), Rafael França (O profundo silêncio das coisas mortas, 1988) and Virginia de Medeiros (Sergio e Simone, 2010). At April 16, 3pm, a screening of his previous film, Kisieland (2012), will happens as part of a public program activity, following which the artist will discuss the Queer Archives Institute (QAI).

“Seen side by side, Cesar’s and Radziszewski’s works show two complementary dimensions of the archival and collection gesture. By either operating with what is publicly known or investigating the depths of certain cultural production, the artists shed light on what remains silent, but is nonetheless a part of our daily experience in the world. Thus, the Videobrasil Collection in Context #2 exhibition provides a novel take on the meaning of collecting, at once affirming its historical relevance and its currency,” says Associação Cultural Videobrasil curator and general director Solange Farkas. 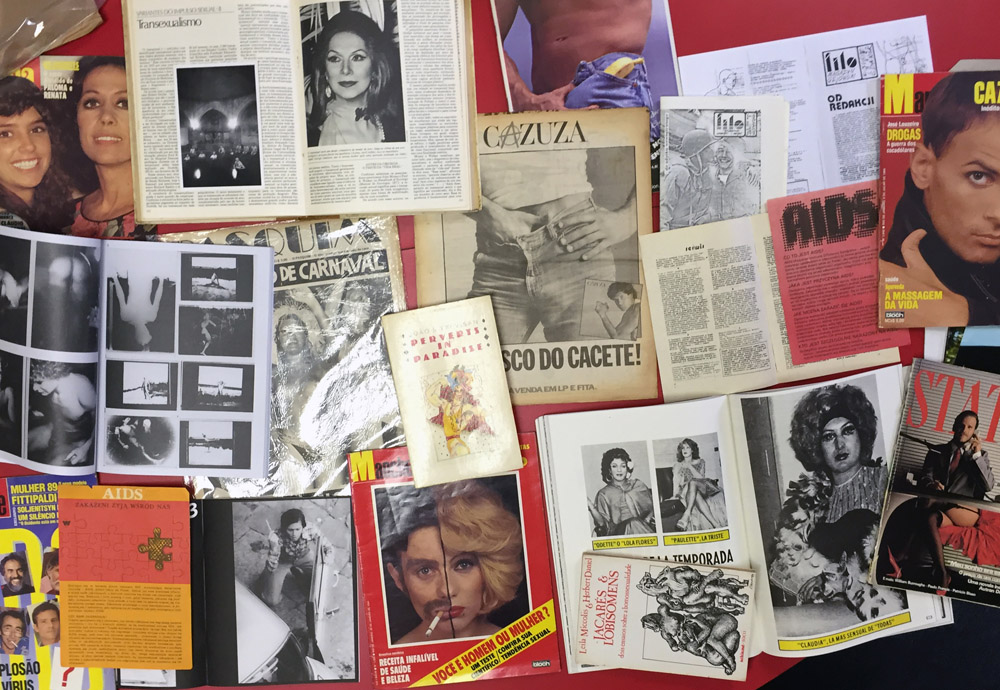 Besides the displacement and exchange experience and the artworks on show at the Galpão VB exhibit, the Videobrasil in Context #2 project also entails the commissioning of one piece from each artist, and the integration of said pieces into the collections of Associação and Ujazdowski Castle. Vitor Cesar created the publication “Anfibologia, tradução – observar construções atravessando monumentos,” set to be released during the Galpão exhibition (date to be confirmed). Karol Radziszewski is currently producing a film, with completion expected at the end of the year.

An exhibit  at Galpão VB features a piece created by the South African artist Haroon Gunn-Salie as a result of the 1st SP-Arte/Videobrasil Prize. Agridoce [Bittersweet] is a site-specific work that deals with the dam break disaster in Mariana, Minas Gerais, reconstructing the experience of the accident at a concrete and emotional level. The artworks developed in collaboration with local residents create a monument to the environmental disaster, materializing the event’s collective memory and retrieving the human dimension of the story. This exhibit will also run until June 11. Find out more at www.videobrasil.org.br (from the press release) 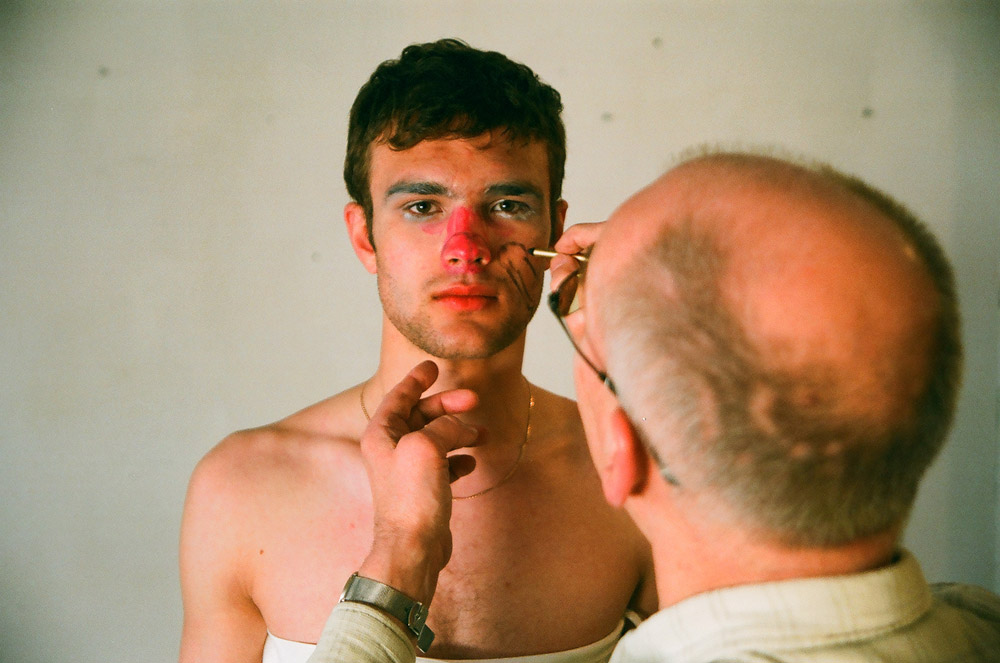 A multidisciplinary artist, filmmaker and curator, Karol Radziszewski completed a master’s degree at the Academy of Fine Arts in Warsaw, in 2004. Employing an archive-based methodology, he weaves together multiple cultural, historical, religious, social and gender references. He is the editor-in-chief of DIK Fagazine, a magazine that combines research on queer archives and contemporary art contributions. He is also the founder of the Queer Archives Institute. His work has been shown at the National Museum, the Museum of Modern Art, the Zacheta National Gallery (Warsaw, Poland); the Kunsthalle Wien (Vienna, Austria); the New Museum (New York); the Cobra Museum (Amsterdam, Netherlands); the Wroclaw Contemporary Museum (Poland), and the Muzeum Sztuki in Lodz (Poland). He has also exhibited at international biennials including the PERFORMA 13 (New York); the 7th Gothenburg International Biennial for Contemporary Art (Sweden); the 4th Prague Biennale (Czech Republic) and the 15th WRO Media Art Biennale (Wroclaw). Karol Radziszewski lives and works in Warsaw.

Visual artist and designer. His art practice builds on different notions of public and on aspects of everyday life. He develops graphic projects in collaboration with artists and cultural organizations. Vitor Cesar studied Architecture and Urban Design at the Federal University of Ceará (2003) and completed a master’s in Visual Arts at the School of Communication and Arts of the University of São Paulo (2009), with a research into notions of public space in art practices. In the city of Fortaleza, he was a member of the art study group Alpendre, of the group Transição Listrada (1999-2004), which carried out actions and performances in the city, and he established BASE – a venue for meetings, discussions and exhibitions. With Graziela Kunsch, Cesar co-organized the project Arte e esfera pública (2008). Since 2005, he has been working on the Basemóvel project. He produced the exhibitions Descrito como real, in collaboration with Enrico Rocha, at the São Paulo Cultural Center (2015); Anfibologia, reciprocidade, at Museo Experimental El Eco, in Mexico City (2013); and his work was featured in the group exhibitions Mano Fato Mano, at the São Paulo Cultural Center (2014); 33rd Panorama of Brazilian Art, at the São Paulo Museum of Modern Art (2013); and the 8th Mercosul Biennial, in Porto Alegre (2011). He is a member of the O Grupo Inteiro collective alongside Carol Tonetti, Claudio Bueno and Ligia Nobre. Vitor Cesar lives and works in São Paulo.

Dissent as an iPhone App

Dissent as an iPhone App