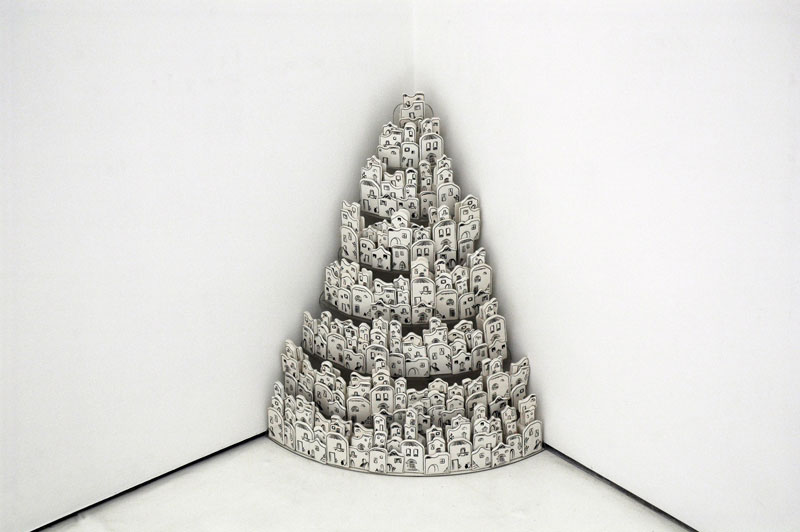 Today’s creative scenario is constantly changing its forms through organizational and combinatorial laws. On the one hand, it aims to absorb disciplines of different  extractions and natures while – on the other – it rectifies, revises, transforms and changes some of the central themes and translational expressions to give rise to new adventures, new strategies, new interventions and thoughts frozen into linguistic structures that are knowingly open to dialogue with history and geography. A kind of constant buzz [1] is always perceived in art, as Roland Barthes might suggest. A whisper that arrives from a distance and intentionally sneaks into the process of re-elaborating tradition. This is a translational incentive that extracts single aspects of the traditional environment to insert them into current figures, unique objects in which the peculiar forms of a product (of a familiar cell)[2]  are diluted into an increasingly fascinating programme of composite research through which the object frees itself from its original function. Starting from an operative epistemology [3] that redelivers and re-conveys a sense of belonging to and recovers location, a contemporary artist jades sectorization with the goal of orienting one’s gaze beyond the patterns of their own discipline in order to postulate a return to tradition along this horizon of thought. A return to tradition that also creates a new aesthetic contract with one’s own identity, a manual memory and a cultural narration that makes it possible to “recuperate the lost historic dimension” [4]. 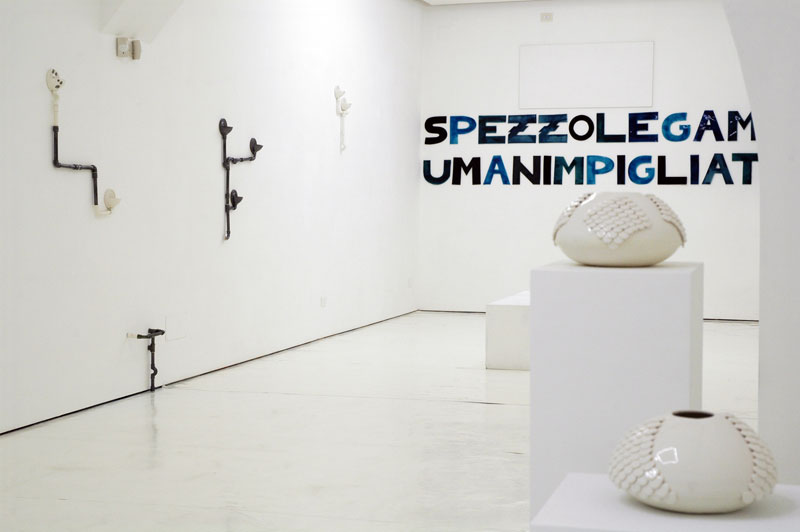 A very special project about ceramic, the double personal exhibition of Francesca Romei and Mariella Siano is well inserted into this reflective context to indicate a recovered sense of co-belonging between past and present, a clear glance at the tradition of ceramics in Italy.

Free of all imitative intent and linked to the fundamental demands of civilization [5], ceramics is the privileged language through which the artist proposes a journey to the rediscovery of tradition with the desire to redeem prototypes of human creativity and re-establish the collective imaginary through plastic atmospheres in which the archaic is fused with the present.

The uniting force behind the works on display is the consciousness of a morphological echo of distant cultures, which appears crucial from both a theoretical and creative viewpoint. Origins that must be reassessed in order to give breath to the weight of a clear and analytical memory which feeds upon the presence of the past and constant reckoning with tradition. Of a tradition (tradition being “everything that is conveyed or handed down from the past to the present) [6] translated, interpreted and pleasantly forsaken for the purpose of building new stylistic adventures, new horizons of thought in which Design can be substituted with Dasein inasmuch an act of creative freedom and human attitude towards form’s infinite possibilities. 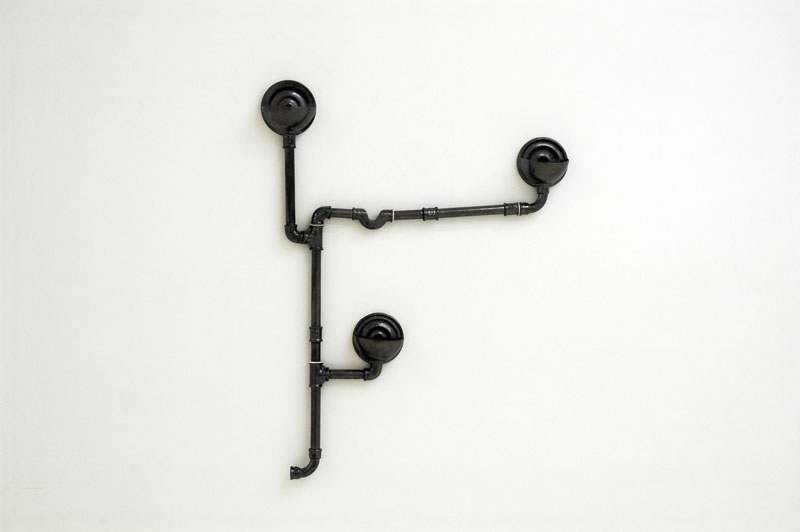 Works by Francesca Romei are innovative and of great emotional impact, demonstrating a linguistic procedure that takes an in-depth look at several decorative motifs of a specific sculptural practice on the Amalfi coast and presses upon the button of our imagination to reinterpret the ancient and update it through visual formulas in which origin is replaced with originality and modules that pour new aesthetic and expressive meaning into the archetypes of collective imaginary. In fact, Francesca Romei works on a constant repositioning of style to develop a series of compositions that come to terms with a creative nostalgia (νόστος-άλγος) that makes its return to the origins, familiar places and things – the historical soul of her own cultural heritage. This is the case of Coastal Village, a captivating organism conceived through modules that fit together in order to offer the image of a mountain village (an expression and stylization of Positano), a unique and most precious landscape.

Untitled #1, Untitled #2 and Untitled #3 are three vessel-shaped works that recover the ceramic cladding of the Church of Saint John the Baptist (located in the heart of the village of Vietri sul Mare) to transform a local architectural characteristic into a detail of design. Vasi Comunicanti /Communicating Vessels, a title that recalls the Simon Stevin’s law of the same name, transforms an ecclesiastic object (the holy water font) by associating it with several plumping pipes – promptly reproduced in ceramic – to create a captivating visual short circuit that not only decontextualizes, defunctionalizes and desacralizes tradition, it also gives rise to a new adaptation, a new sense, a new symbolized presence and a new vital form to the object taken into examination.

With a transitive method aimed at revisiting the technological roots of the movable type process and considering the dawn of language with the dawn of history [9]– as Giambattista Vico suggested – , Siano recovers the delicateness of the formative years of childhood, the adventure of learning and schools to bring to life a series of plastic words, verbo-chromatic constructions, effective detours and linguistic derailments that often flow into the chain links of nonsense. Hers is a chameleon-like fabric, an aesthetic syllabication whose vitreous elegance glides through the surface to formulate an evocative psychological web that dilates the view of the object while drawing the spectator nearer to a lemming-like essence, to the pleasure of pastness [10] and to the very origins of speech (langue). A langue that is disturbed, paralyzed, dismantled and reformulated through imaginative metaphorical accelerations which create pleasant visual chains and elegant phonetic sequences.

A very special project about ceramic is presented like an essential change, a double transversal glance that grabs tradition by the tail to express an exquisite composite inquiry, a study that rips the skin from everyday history to generate aesthetic suspensions between the creative artifices and the enchantment of a natural environment. But, above all, the project conceives exclusive things in which ideas are deposited [11], the fondness and ancestral symbols of a knowledge that must be recovered and integrated into today’s mental and emotional horizon.

[7] In psychological terms, Paraphrasing is (particularly in the sphere of semiotic nosography) a linguistic unease and ailment, a psycho-verbal seism.

[9] Regarding this subject, please see the insightful words by G. Vico, De antiquissima italorum sapientia ex Linguae Latinae Originibus, Ex Typographia Felicis Mofca, Neapoli CIƆIƆCCX. (A reprint copy of the text edited by R.Mazzolaopia can be downloaded in its entirety at «ispf-lab.cnr.it»).

FRAME > Valley of the Reclining Woman