Meeting with Donatella Della Ratta at the NONE studio.

Shooting a Revolution (Ed. Pluto Press) by Donatella Della Ratta was launched on Friday, 22 March, at the NONE Collective studio. Della Ratta is an independent curator and researcher specialising in Arabic-speaking Media and Cultures. She is manager for the Creative Commons project in Arab countries. The book launch was chaired by Tiziana Terranova, Professor of the Sociology of Cultural and Communication Processes at the University L’Orientale in Naples, with the presence of Lawrence Lessig, Professor of Law as well as founder and member of the Creative Commons Board, who enlivened the debate. The participants discussed activism, revolution and the role the media and social channels played in witnessing events taking place under regimes (specifically, the Syrian regime) – testimonies enacted through images and videos by those who carried out revolution as a necessity, not just as journalists providing information to the rest of the world. 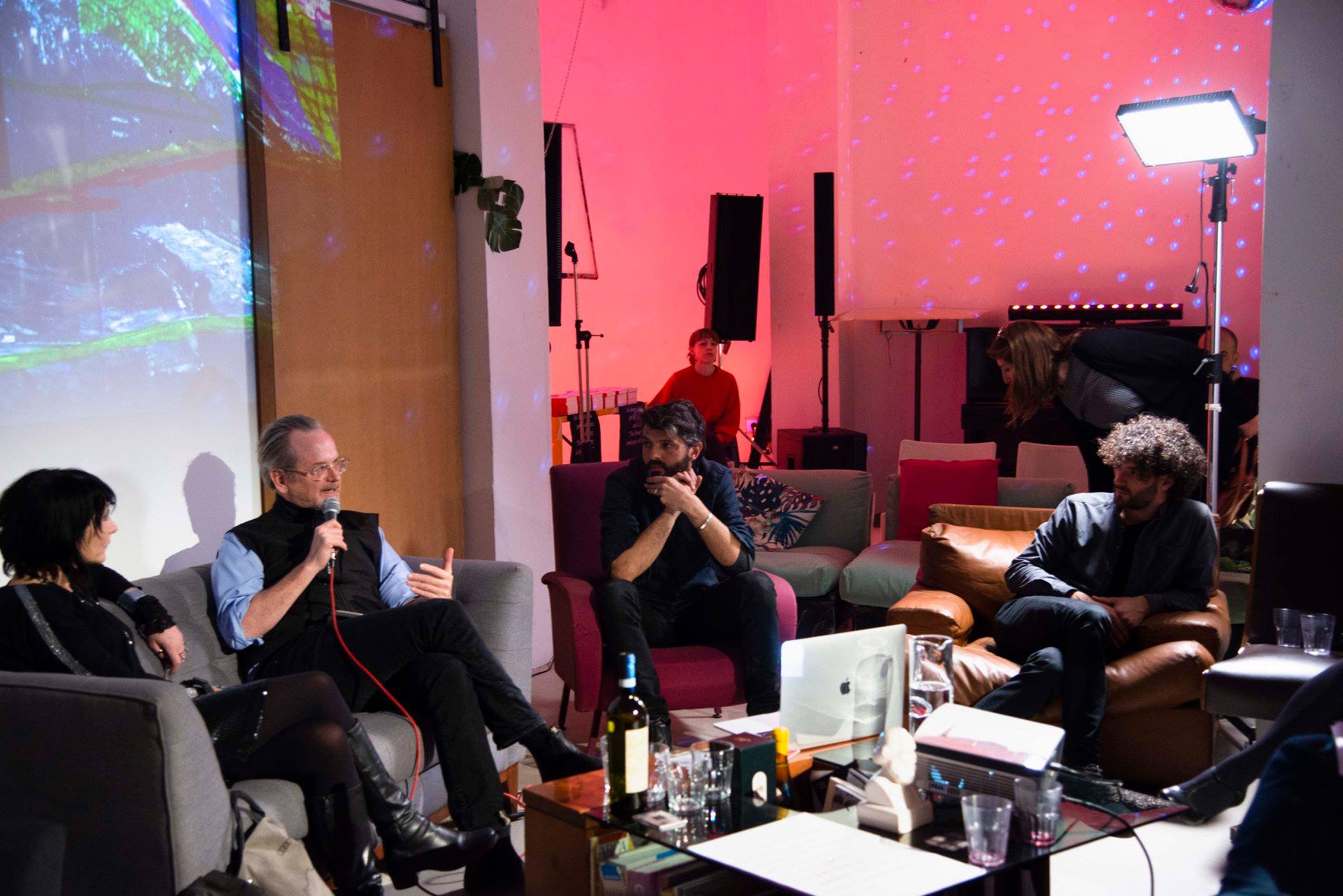 During the first part of the presentation, the statements made by the author and chair clarified the important difference between the need to witness and the duty to inform: in other words, many of the videos shared online, showing the bombing of the Bashar al-Assad regime or the bullets shot by the Syrian army loyal to the regime and targeting civilians, were recorded by people who lost their lives in order to make such recordings, because it was important for these images not only to provide information about what was happening, but to act as irrefutable documents when a trial against the Bashar al-Assad regime took place (will it?). From here, the discussion evolved around the ability of images to be an objective testimony and how, through the consent of social platforms, more or less explicit, these images do not become manipulated by the regime, thus turning them into ‘propaganda’. 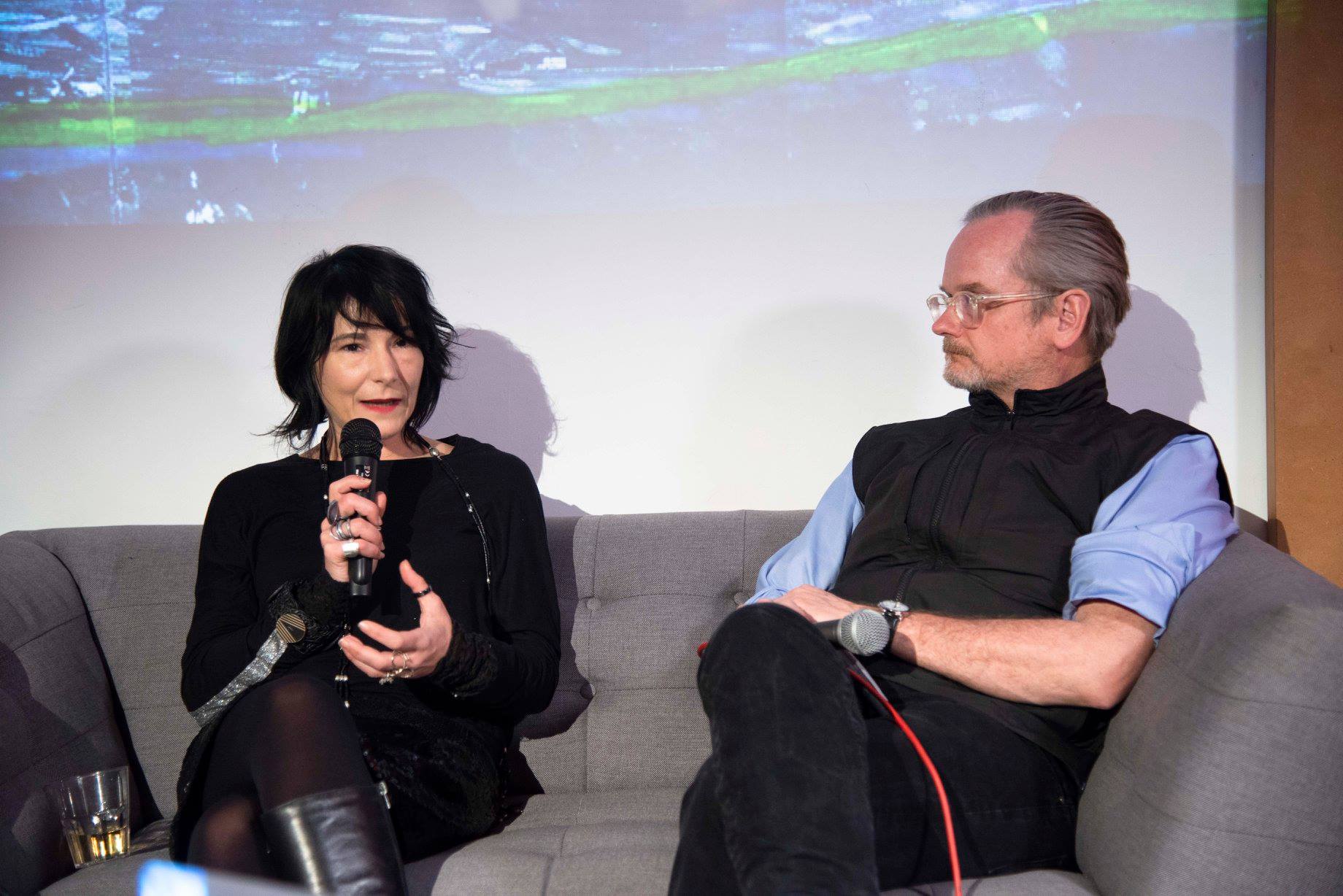 To briefly touch on all topics raised by the debate between the author, guests and audience would require a publication on its own, but I will mention some that come to mind: the importance of a critical perspective on what has been achieved as an activist; the fear regimes have of the word community; the role of the market in creating desires for users of social platforms; and the constant circulation of images and information leading to the loss of aesthetics in the images themselves. It can already be understood, from this brief and incomplete overview, the importance of distributing such a necessary and painful book. 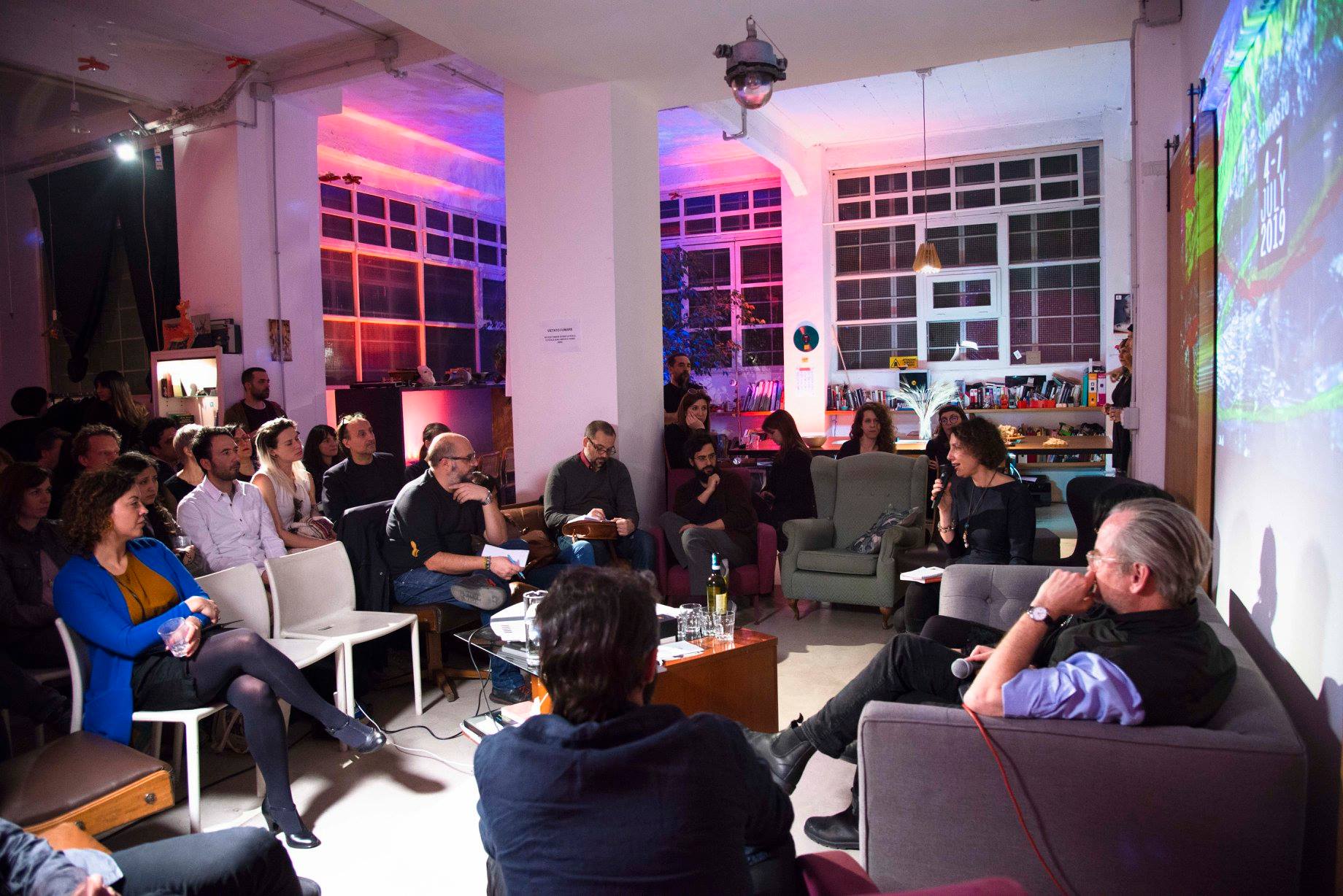 In this article I would like to highlight the profound link between the arguments put forward by Donatella Della Ratta, Lawrence Lessig and Tiziana Terranova at the event organised by the NONE Collective and the NONE project itself, which this presentation preceded: Simposio.

Over the course of the evening, several words reoccurred, underscoring every discussion. These were art, community, activism, utopia, revolution and creativity. In the brutal times in which we live these words may appear predictable but, nevertheless, still possess the power of subversion if they come together to form, in connection with each other, the foundation of a project: this is Simposio! 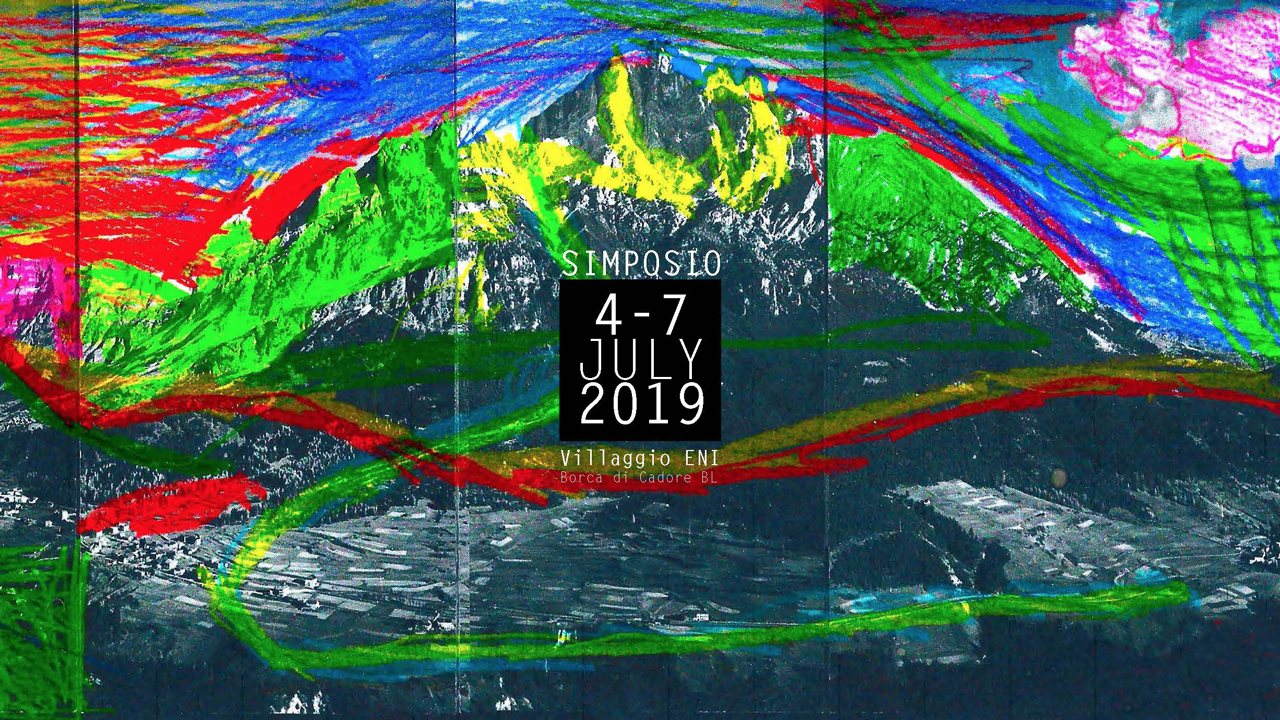 To quote NONE, and in Gregorio de Luca Comandini’s words, Simposio is “a not-for-profit network and project, a community of artists and thinkers” who gathered together last year for five events in which not only was art theory discussed but the foundations for a true “utopic vision of art” were laid; they will reunite this year for “an even more utopian project” – Symposium 2019 – in a magical place, the Eni village in Borca di Cadore from 4 to 7 July (the event has already begun online, where the Facebook page, https://www.facebook.com/groups/simposione, is promoting a critical debate). A community of artists has therefore been created which aims to “try to Act, for real!”. 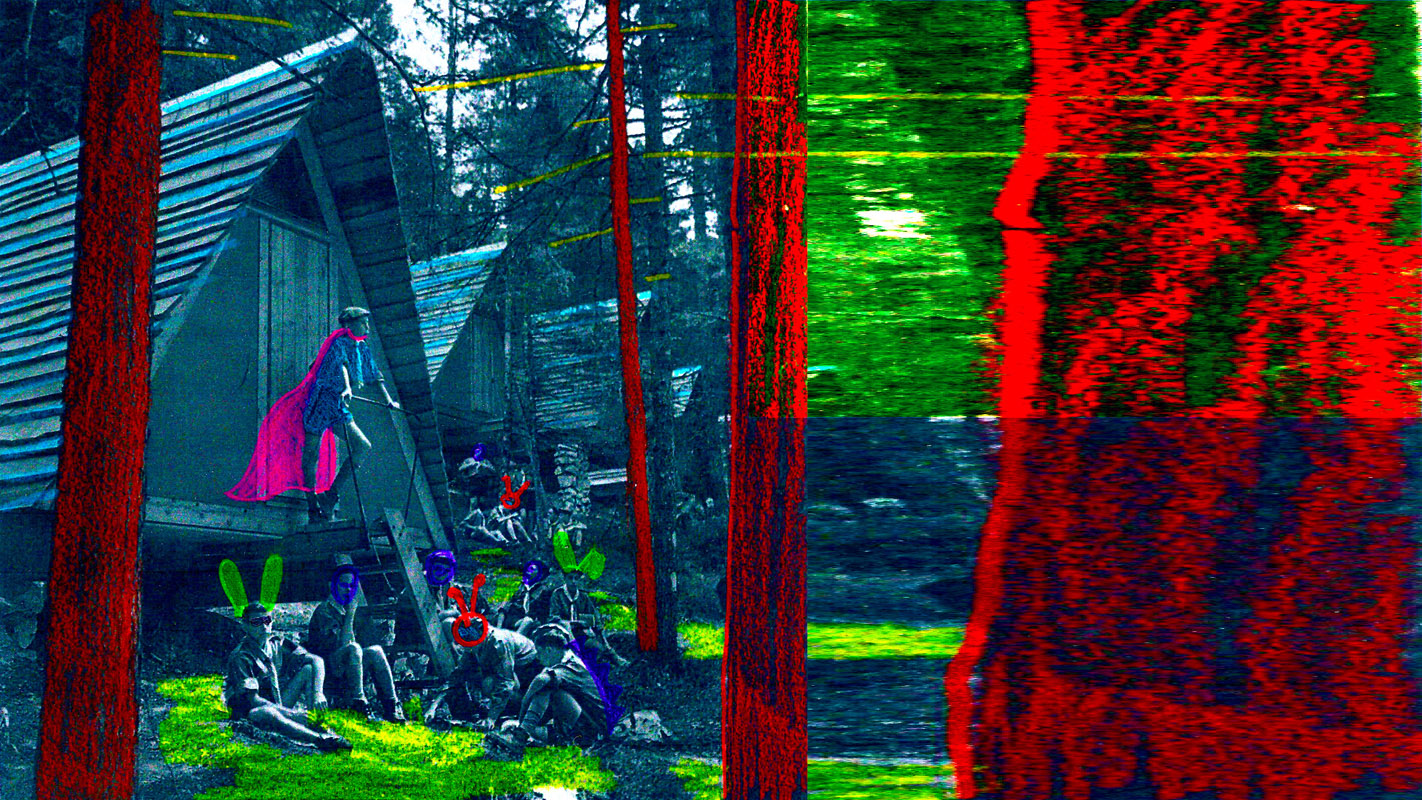 The creative community comes together as a way to be more active in the process of artistic and social revolution. The connection between the presentation and Simposio becomes clearly apparent at this point. This was only a taster, but one that was simultaneously able to give satisfaction and encourage participants to continue.

The project is open to all those who feel the need to be actively present in the historical moment we are now living in with an eye fixed firmly on the future.

“It’s a programme of activities, meetings, performances and installations that intend to promote an active debate and stimulate a reflection on our contemporary world and its perceptive, cognitive, social and economic implications.” 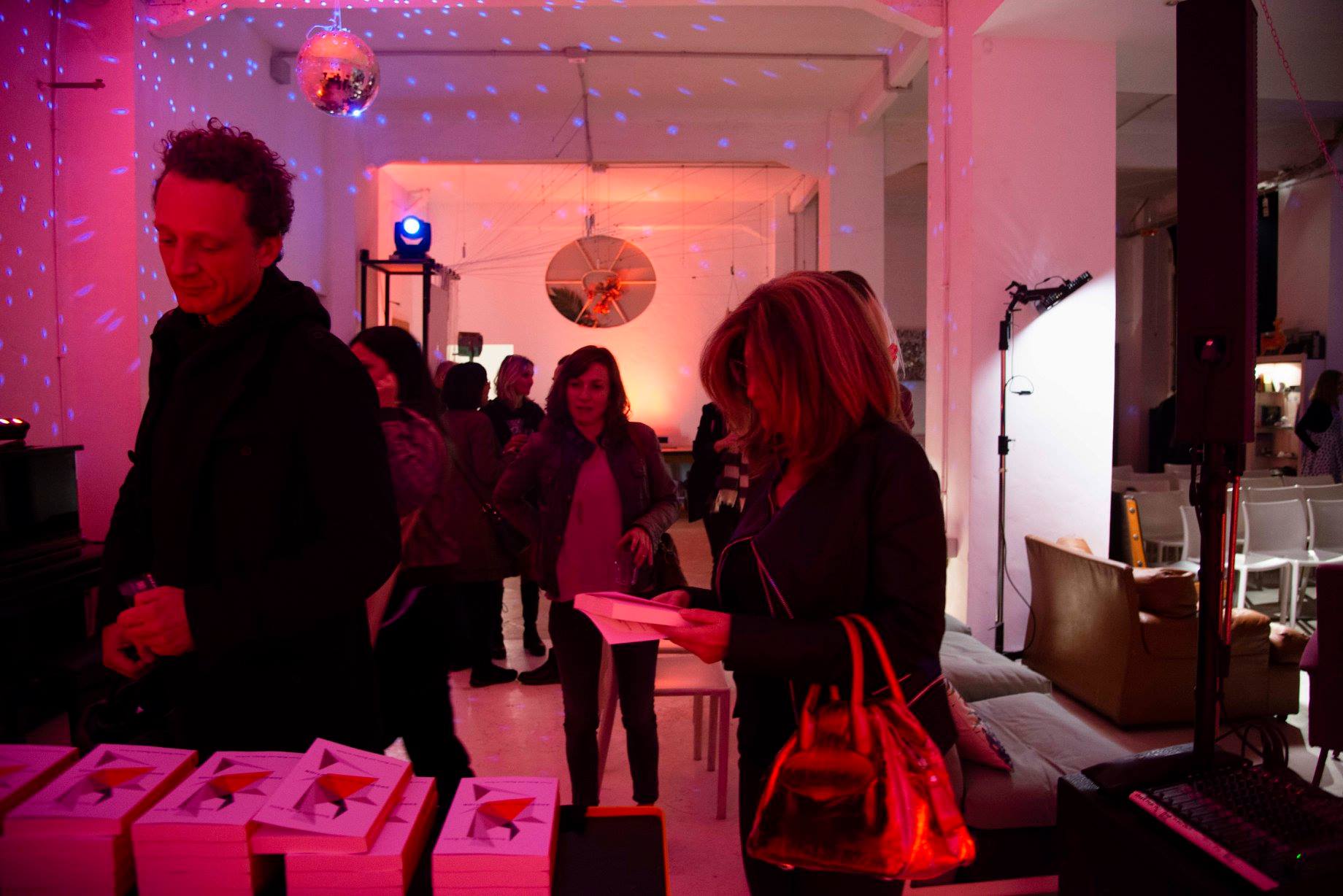 There is no audience, announces the Simposio website (for all details and bookings, visit http://simposio.none.business/ ), because during the event there will be discussions as well as a chance to actively participate through workshops. In my opinion, this is also the force of Simposio, perhaps slightly utopian: the renaming of words (long abused), starting from their primary meaning and reactivating this meaning. As a result, ‘workshop’ appears to consist of a work space where something new can be created and which can leave a mark on everyone – very different from the rapid increase in workshops that are slightly museum-like and that separate the final work from the experience because always contained in institutional spaces and subject to the market; ‘community’ recovers its basic meaning, signalling people who live and act together to exchange practical experiences and knowledge, learning from one another for the common interest – not a community understood as a swarm of individuals amassed in the virtual space or within boundaries that are being strengthened.

At the same time, an opening and a stand, as the organisers underline in the rules for the community (more like a vademecum than proper rules as such):

“Simposio is open to all lines of thinking, with the exception of violence, discrimination and hate.”