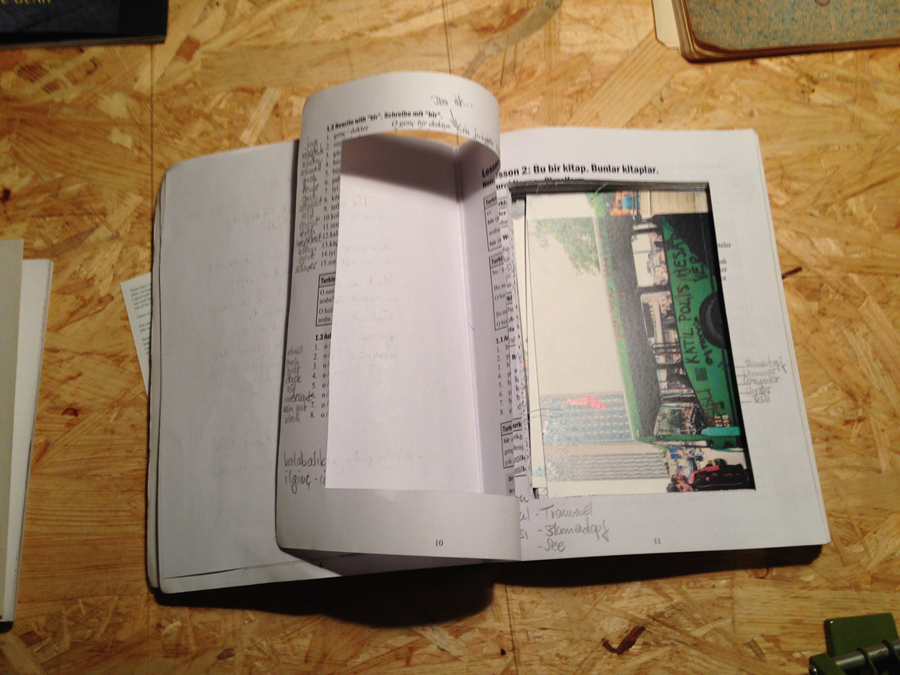 A book that tells of history to reflect upon the most grievous issues that have weighed upon – and still weigh upon – our world, our space and our pleasant pastures (Plato). A book to withstand harsh circumstances and noxious governments, oppression and the injustices of today’s world. And a book that represents the hope for a better world, to build an aesthetic critique against the exploitation of bodies, minds and emotions. Stay with me, the project organized by Selda Asal in the halls of the Apartment Project Berlin (Neukölln district on 13 Hertzbergstrasse – until 24 December 2014), unites the works of 79 Turkish artists for the purpose of escaping the darkness of indifference and return to solidarity, trust, resistance and activism.

Books are what line the rooms. Books of art that rethink the issues in Istanbul such as the series of protests (begun on 28 May 2013 against the government of Recep Tayyip Erdoğan, more specifically) that were resolved by the abuse of power of the Government to its Citizens. Protesters, civilians and activists camped out at Gezi Parkı (in Taksim Square, Beyoğlu District), the only green area in the city centre. It is risking demolition in favour of the construction of a large shopping mall. This issue is now back and in the books by these artists as a reminder: to reconsider the tragic, painful and violent repression carried out by the state administration. 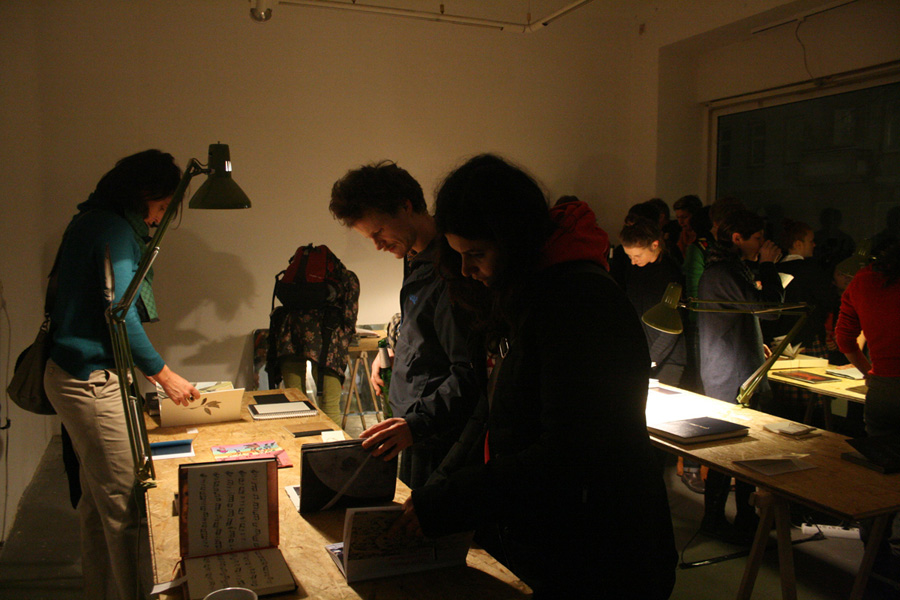 Among the works on exhibit presented on long panels (like desks), the spectator is encouraged to find a station or a book to leaf through under the intimacy of a reading lamp. Shroud 2,17x11m (2014) by Devrim Kadirbeyoğlu  softens your heart (Dante) and illuminates the scene with an intellectual work – a bundle of cloth that conceals a poetic condemnation inside, a silent meditation, a potent, cumbersome and sharp reflection. Beginning with a long, white shroud measuring 2.17 x 11 metres (the typical cotton shroud used for burial) carefully folded and ironed, the artist focuses our attention upon the issues regarding public green areas, ecology and the absence of life of a healthy environment held in ransom (that must be released) by destruction and a deleterious, counterproductive programme. Shroud 2,17x11m is a symbol of charity, knowledge and prayer through which Kadirbeyoğlu brings a shroud to mind that could be used to wrap the green area or a tree wounded by the crazy malice and greed of the speculation of the construction industry. A shroud that could bind, bandage, heal and medicate an inconsolable pain. 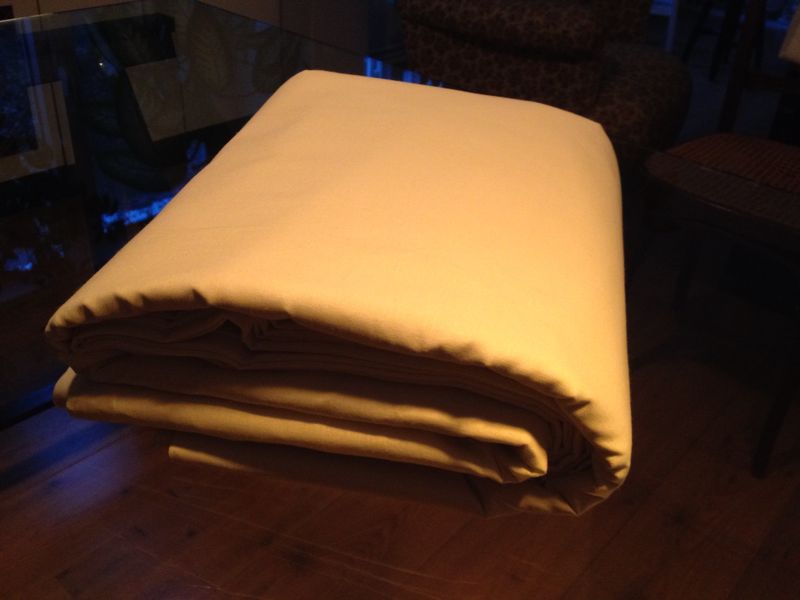