William Kentridge and the Gesamstkunstwerk at the Amalfi Arsenals

Premiered at the Eye Film Institute in Amsterdam (2015), and then in several other important institutional venues, including the Cincinnati Art Museum (2017), the Museum of Art and Design in Miami (2018) and the Kunstmuseum Basel (2019), More Sweety. Play the Dance, the monumental video installation by William Kentridge, has now arrived in the memorable spaces of the Amalfi Arsenals, home to historical exhibitions such as Aspects of “back to the things themselves” (1966), Perceptive Impact (1967) and Poor Art + Poor Actions (1968), promoted at the time by a young man with his eye on the future, Marcello Rumma. This has all been possible thanks to Lia Rumma and the brilliant redevelopment plan promoted by the Campania Region and implemented by Scabec, Società Campana Beni Culturali, which is working on a large digital system where the region’s most important art archives will soon be gathered.

At the request of Lia, the Arsenals of the ancient Republic have been restored to the state they were in for the three exhibitions during the second half of the Sixties (RA1, RA2 and RA3 to be precise) – we are all really grateful to her because we finally had the chance to reexperience a valuable part of contemporary art history. The Arsenals have been revived with a work that, even though it is five years old, is highly topical and never ceases to amaze, creating illusions and, by doing so, elegiacally destroying the illusion itself in order to give voice to those at the bottom of society, whose joys and sorrows live in silent shadow. 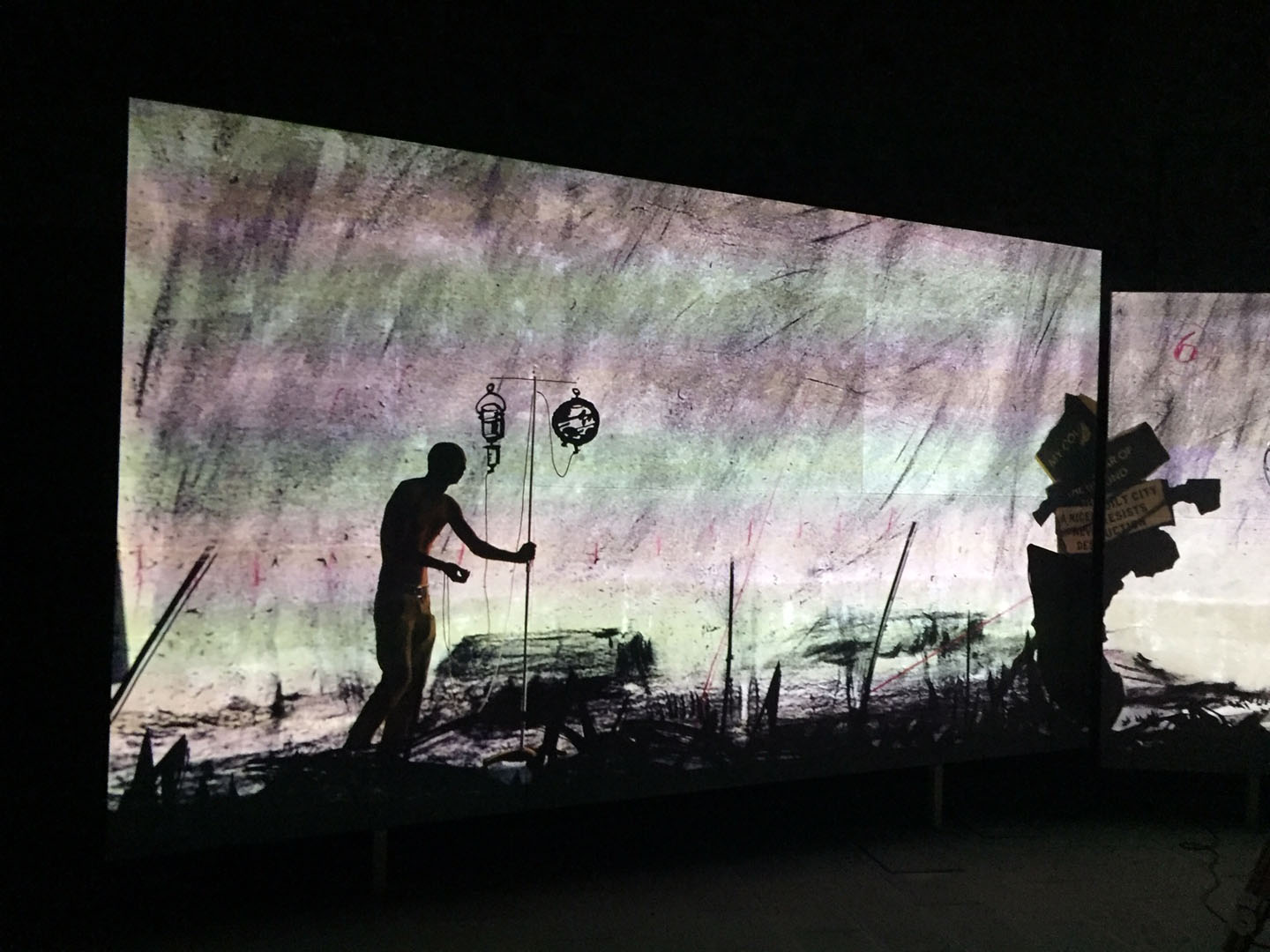 In the Arsenals, where current rules to prevent the spread of the virus are in force, we are welcomed by this large video installation (eight HD channels and four megaphones), approximately forty metres long which looks like a Gesamstkunstwerk capable of absorbing the surrounding space and being absorbed in return to welcome viewers and invite them to participate in a sort of con-temp-action (let me use this extraordinary term coined by Daniela Palazzoli), to read the narratives of history, archaeology, anthropology and sociology, to identify the physical manifestations of various phenomena (the birth and obsolescence of new forms of communication) and then to party with the host of characters who delicately parade, as if to ward off plagues (the ebola of West Africa, the Zika virus of South America and the Covid of the States), dancing to produce an energetic flow, to resist the uncertainty of the present and to celebrate life – all together perhaps, even those of us who are present, viewing the installation while bathed in the milky light of the screen. 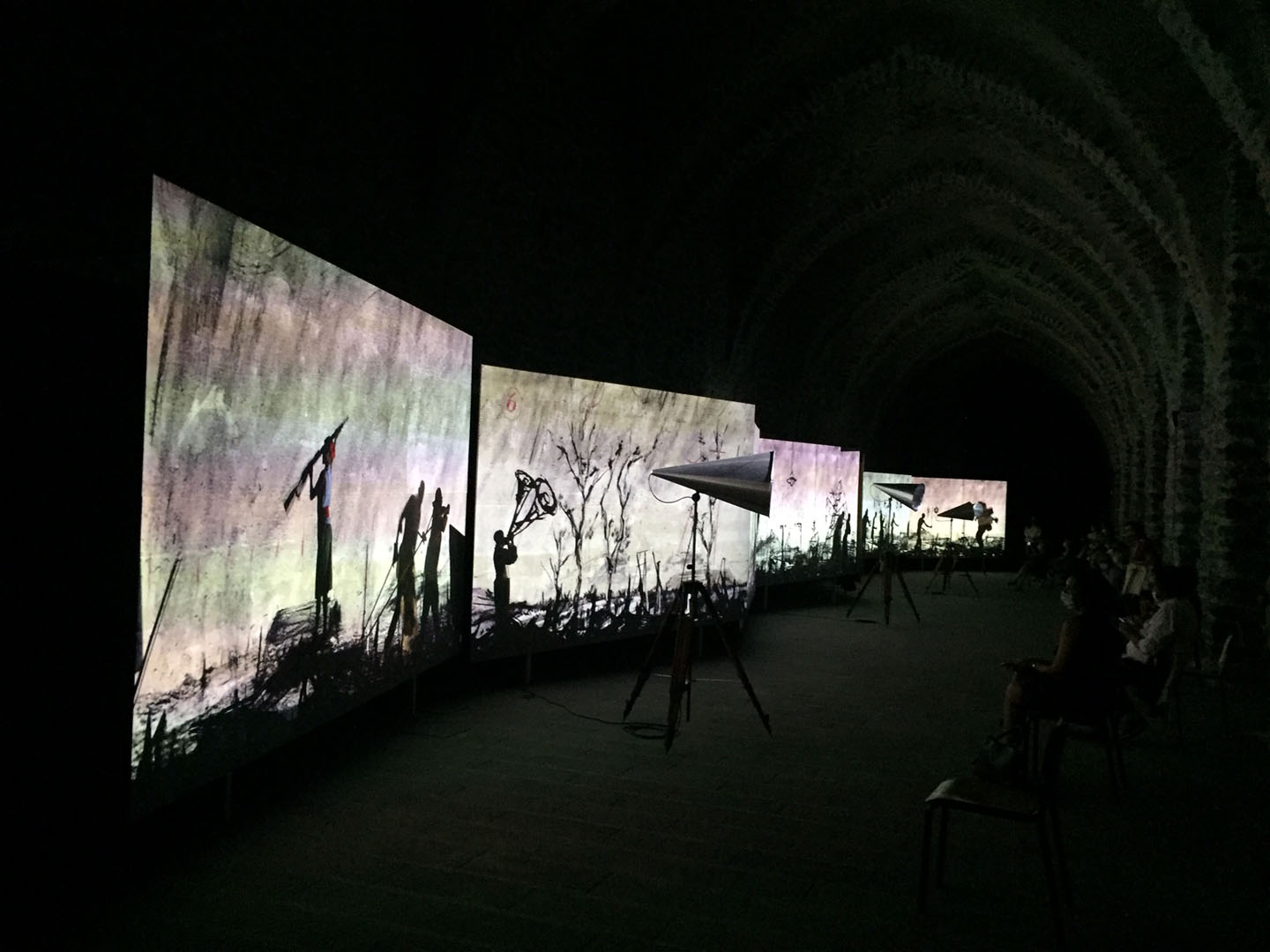 Centrale Fies - INBTWN - In Between