HyperCharge RestArt and the Awarded work by Gillian Brett

Artissima, the well-known contemporary art fair, once again photographed this year’s current art scene. Despite recent adversities, the restart was a triumph. The current director, Ilaria Bonacossa, said that the success of the fair was greater than they could have hoped for. This positive outcome is a concrete fact which has given the whole art system a sigh of relief.

The most interesting novelty of this 28th edition was the extraordinary participation of the hi-tech giant, Xiaomi, whose HyperCharge RestArt initiative marked the arrival of neo-patronage not only in the visual arts sector, but the cultural sphere in general. On the occasion of the market release of a new smartphone, the Chinese giant launched a series of cultural initiatives linked by the theme of recharging; an energising cultural recharge that, in this case, was provided by digital visual arts. Xiaomi’s particular marketing strategy adopted the methods of the fair and participated in Artissima not as a sponsor but as one gallery among others, with a normal stand in the Lingotto Oval. 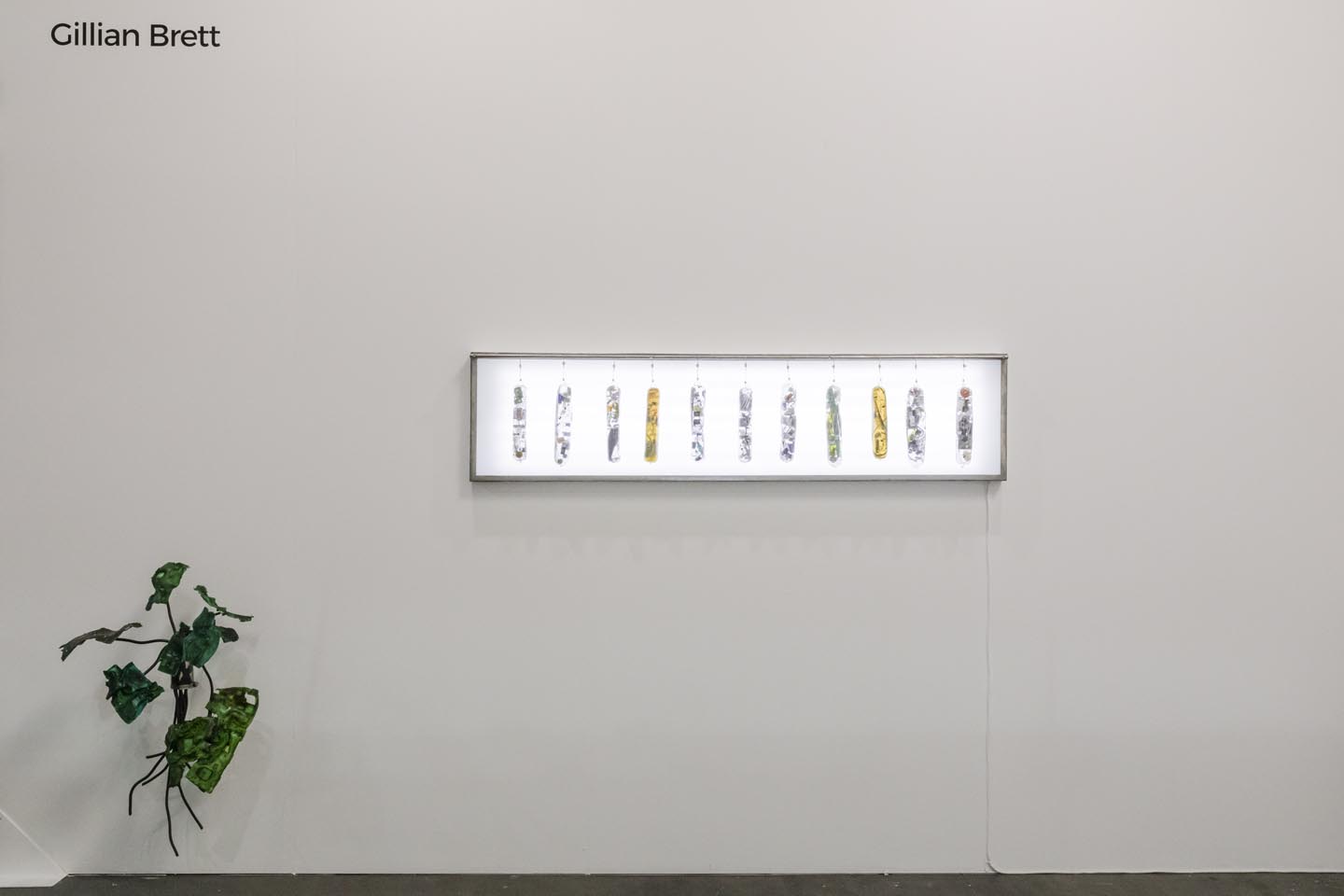 The Xiaomi stand showcased the exhibition Digital Senses, consisting of video works by seven NABA students: Chiara Smedile, Alex Parrotto, Emanuele Cantò, Gaia De Megni, Federico Pellacani, Marika Vitrani and Wei Luo. The students of Ilaria Bonacossa, the Artissima director who also teaches Arts Market at NABA, had previously followed a special training course, attending exclusive masterclasses in which they developed the theme of the exhibition and their own digital works. The young artists tackled the ancient theme of the relationship between dreams and reality, creating works using exclusively the advertised smartphone.

The company understands the HyperCharge RestArt initiative as enhancing the quality of products through artists and the creation of multimedia artworks. For the brand, investing in the visual arts is essential to engage young consumers and offer them culturally rich content that adds value to the technology sector.

The artist-multinational partnership is a recurring element. Large companies are increasingly investing in contemporary art but not all artists welcome this type of commission. The renewed relationship between artist and patron distances itself from the “artist-star” model that characterises the art market and is closer to modes of patronage involving Renaissance artists like Raphael and Michelangelo. This type of patronage finances artists, works and institutions in order to publicise the patron while, at the same time, promoting a culture that reflects the present. 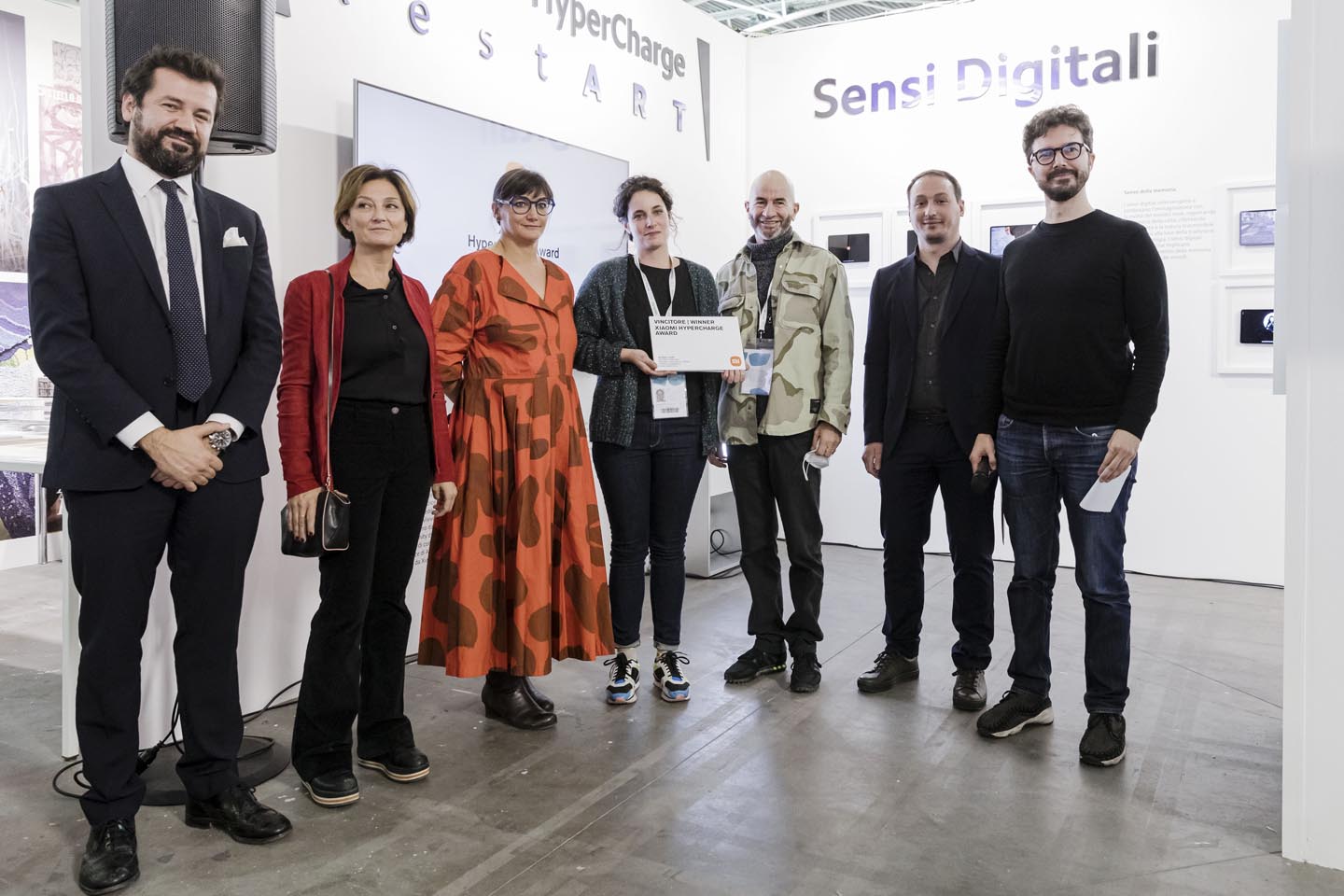 The HyperCharge Award, a prize promoting digital arts, is one of the initiatives proposed by Xiaomi. Xiaomi wanted to recognise the artist, under 35, who best combined technological innovation with cultural power. The jury was composed of Antonio Carloni, Intesa Sanpaolo’s Director for Art, Culture and Historical Heritage, Stefano Collicelli Cagol, curator, Davide Lunardelli, Head of Marketing at Xiaomi Italia, and Elisa Sighicelli, artist. The prize was unanimously awarded to Gillian Brett, the French artist presented by the C+N Canepaneri gallery in Milan and Genoa.

Gillian Brett’s works highlight how technological aids, at the basis of contemporary society, constitute a dangerous affect. The rapid process of deterioration making technological objects obsolete is a problem for us and our ecosystem, since the waste products become difficult to dispose of. For the jury, the artist was able to rethink these objects and turn them into artistic material of high aesthetic and critical quality.

The work LA1956X (After Hubble) consists of six LCD screens with broken liquid crystals, with the backlit black of the screens punctuated by RGB lights and colours creating an abstract landscape. The word “error” moves from one edge to the other following a regular trajectory, eliciting a subtle alarm that could go on forever. Something is wrong but this warning will never leave the edge of the screen. The abstract language made up of broken objects has a cyberpunk aesthetic, with the irresistible allure of decadence also evident in Untitled (G.U.R.TS), showing flowers whose petals are made of wilted PCB and whose stems have roots made of copper wire. Decay exists and is terribly real. Gillian Brett’s art reiterates that a rethinking of our society is the only way to avoid being trapped in a fracture which is impossible to fix. Brett’s HyperCharge Award win means a lot. The protagonists of major social transformations are aware of the current state of affairs, knowing that it is only by uniting the two poles of knowledge – episteme and technè – that we can move forward on a truly enlightened path.

FRAME > I Am Dancing in a Room