Through the Algorithmic Lens

These are the initial questions behind the artistic exhibition curated by Irini Mirena Papadimitriou and Valentino Catricalà presented at this edition of Maker Faire. The encounter between art and new technologies has given rise to a scenario populated by luminous screens and self-powered objects which reflect the latest artistic innovations. The art/new media pairing perfectly encapsulated in the exhibition represents the semantic and aesthetic evolution behind everyday cultural dynamics which are transformed into the most diverse forms within the space. 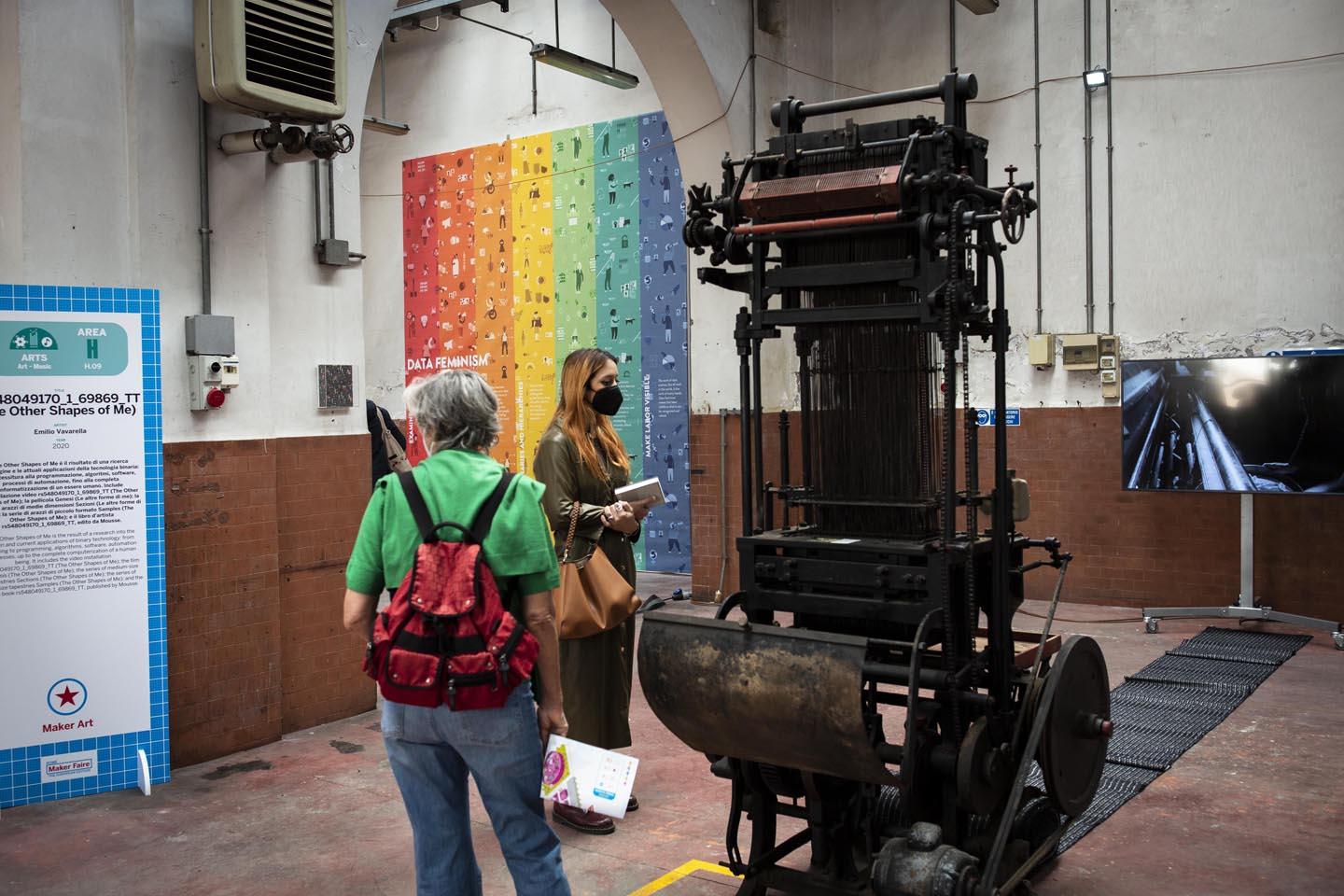 Entering the exhibition space we find The Other Shapes of Me by Emilio Vavarella, a composition that translates research into the origin and current applications of binary technology – from weaving to programming, ending with the complete computerisation of a human being. rs548049170_1_69869_TT is a video installation that tells how the artist’s genetic code was slowly transformed into a fabric by their mother who, with beautiful poetry, generates her son a second time.

Digital art expresses existential as well as technological evolution. In the exhibition we find an AI that, depending on human will, reinterprets reality and gives it back in the form of visual art. Such is the case with Memo Akten’s Learning to See. It is an artificial neural network that observes the world and tries to make sense of what it sees. Just as we who see things not as they are, but as we are, it too can only see through what it already knows. The work highlights how the images we see in our conscious mind are not mirror images of the outside world, but rather a reconstruction based on our expectations. 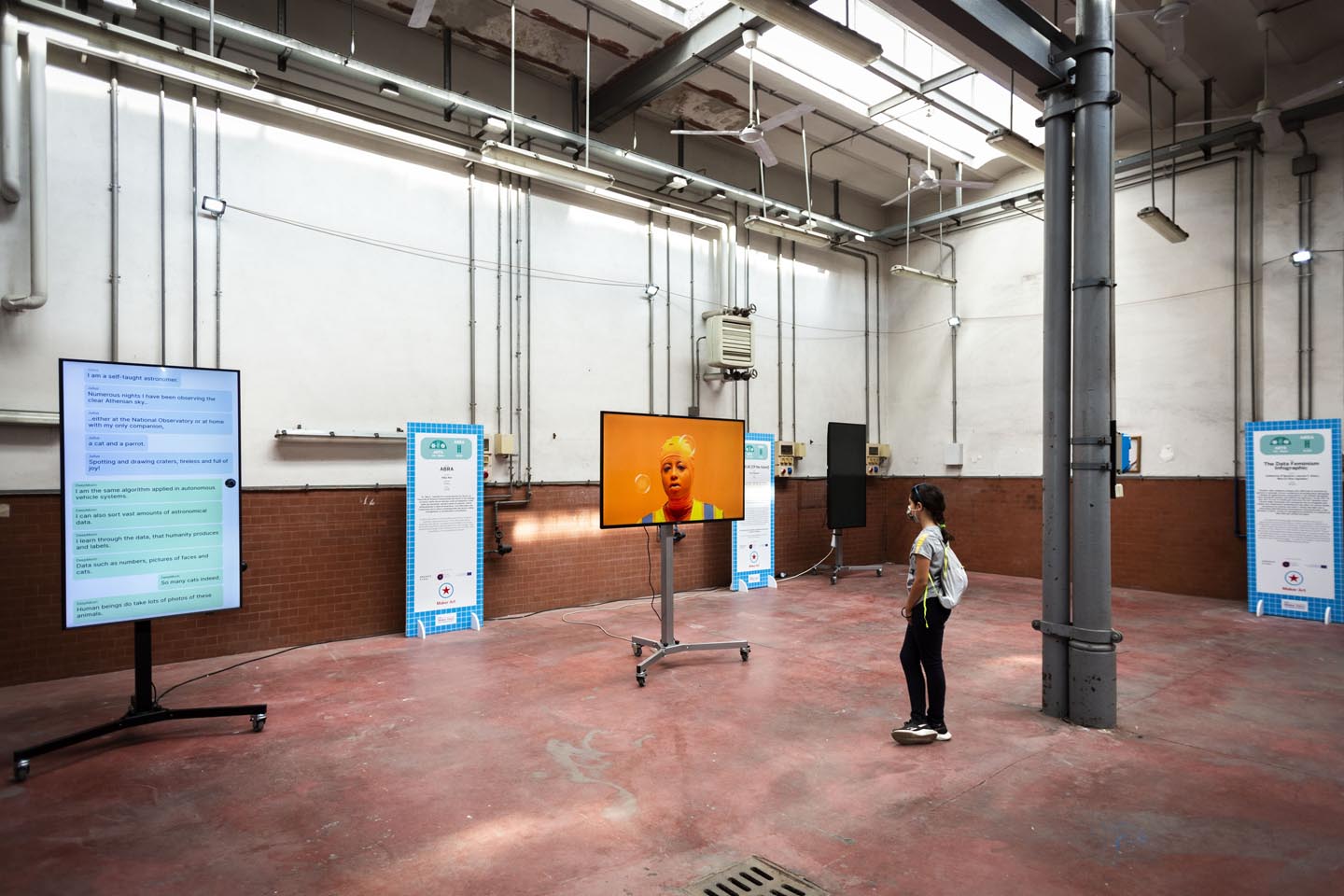 As in our everyday lives, the theme of data, an increasingly important factor affecting all areas of knowledge, comes up again and again in the exhibition. Jake Elwes, in Zizi – Queering the Dataset, addresses the lack of representation and diversity in training datasets used by facial recognition systems. The artist reformulates these systems by adding drag and gender-fluid faces found online, inviting us to reflect on the prejudices in our society, while exploring what artificial intelligence can teach us about transformation and what transformation can teach us about artificial intelligence.

Data manipulation combined with AI shapes the world, marks its evolution and allows for total control. In Capture, Paolo Cirio shows the potential uses and abuses of facial recognition and artificial intelligence, questioning the asymmetry of power and the value of democracy. The photo series Capture consists of the faces of French police officers extrapolated from a thousand public images. Photos taken during the protests in France were processed with facial recognition software and the 4,000 faces of police officers, identified by name, were uploaded onto an online database. The artist also printed the officers’ headshots as street art posters that he then displayed all over Paris, crossing over into the public sphere even more.

The “You and AI” exhibition is the result of a partnership between Onassis Stegi and Future Everything and is a project of the European ARTificial Intelligence Lab, co-funded by the European Union’s Creative Europe Program. The exhibition at Maker Faire follows on from the exhibition presented in Athens last summer. In addition to the above-mentioned artists, the curators Irini Mirena Papadimitriou, artistic director of Future Everything, and Valentino Catricalà have also involved many international artists, offering a cross-sectional look at net-art forms and new forms and ideas in contemporary art.

Large tanks stand at the entrance to the exhibition and between these towering objects a green five-metre-high staircase of green chilli plants stands out. This is the installation by Alessandro Giuggioli (Quinto Sapore) and manifesto of the Game Over-Future C(o)ulture project by Anita Cala’ (VILLAM) and Elena Giulia Rossi. The strong chromatic and material contrast between the plants and the context in which they are situated, as well as having a strong visual impact, best represents the transdisciplinary nature of the project. Game Over’s aim is to find hybrid artists capable of imagining different technology angles in order to improve the current state of affairs. Its starts from agriculture and farmer and researcher Alessandro Giuggioli is the first artist and initiator of this adventure. The installation is also Manifesto of a call for ideas 5.0, launched within GAME OVER addressed to searching young inventors who will be invited in a residency program at the Quinto Sapore farm in Città della Pieve. 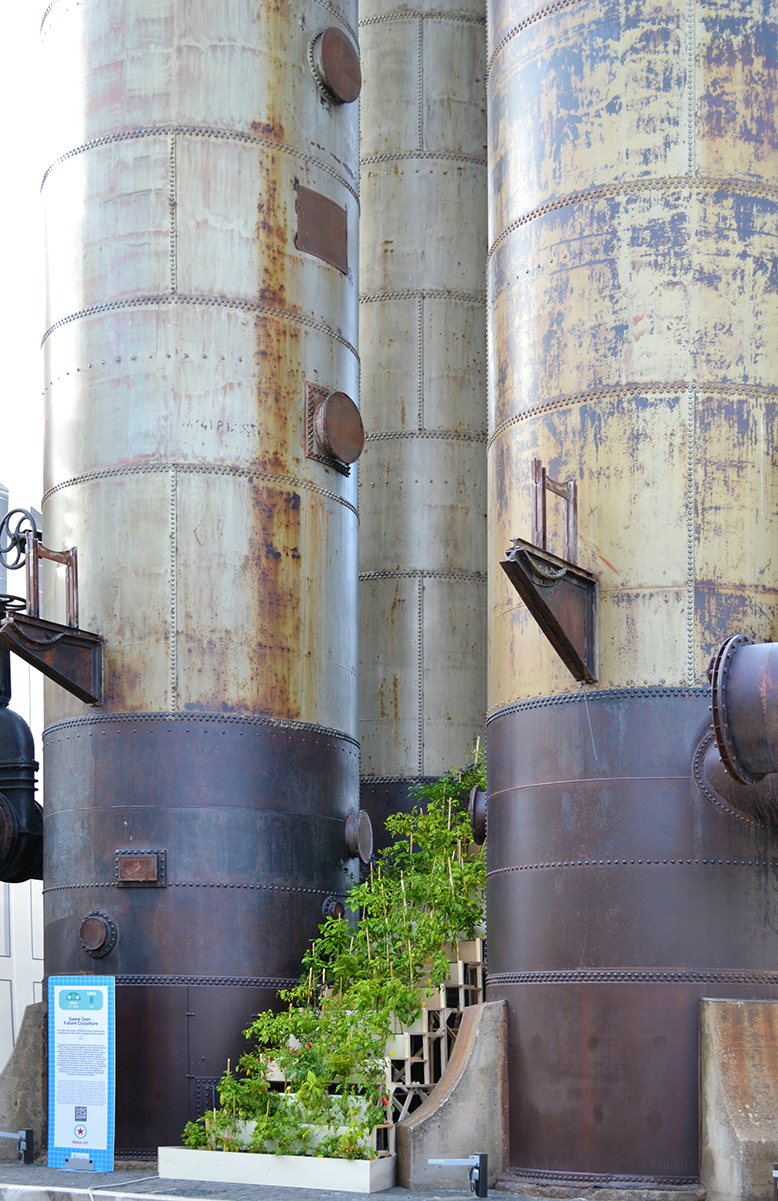 Intelligence of plants dialogues with artificial intelligence but there was more happening on the external space. 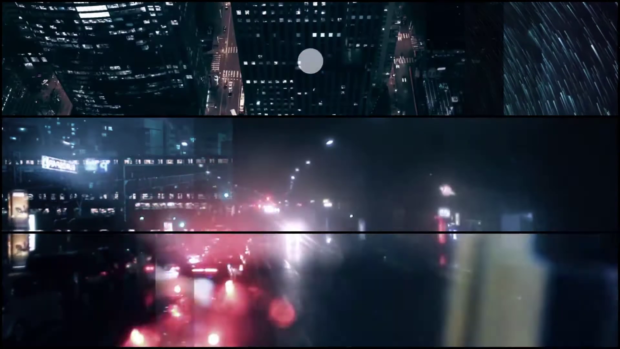 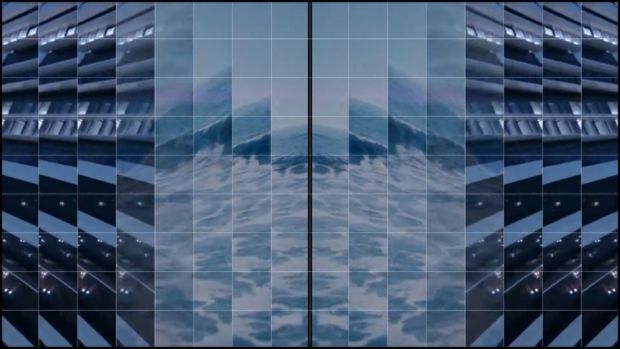 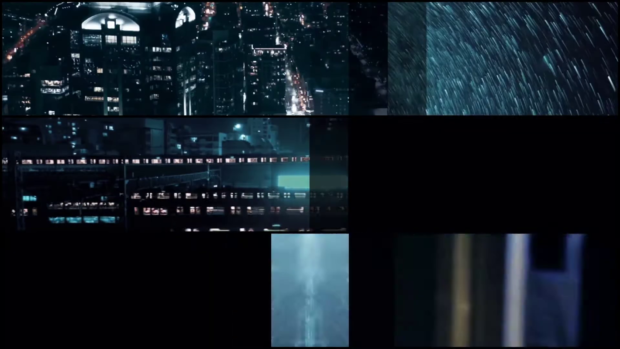 AI-related artistic research also has important aesthetic implications. This is the case of Out of Service, the multimedia installation conceived and realised by Økapi (alias Filippo E. Paolini) and produced by Kappabit. The work deconstructs sounds and images from the most disparate sources and recomposes them in a new universe that alienates and disorients spectators by introducing them into a settled dimension. Sounds in space and fractured images merge, creating an alternative equilibrium and thus redefining perceived reality as a function of synaesthetic experience.

At the end of this experience, we can say another time that art does not respond to given questions, it does not offer a didactic lecture; it rather outlines hypothesis and futuristic alternatives. The work on show are biological and ideological microcosms that represent just some of the many versions delineated to us in order to guide us in the present and toward the next future.

You and AI. Through The Algorithmic Lens, curated bi Irini Mirena Papadimitriou and Valentino Catricalà