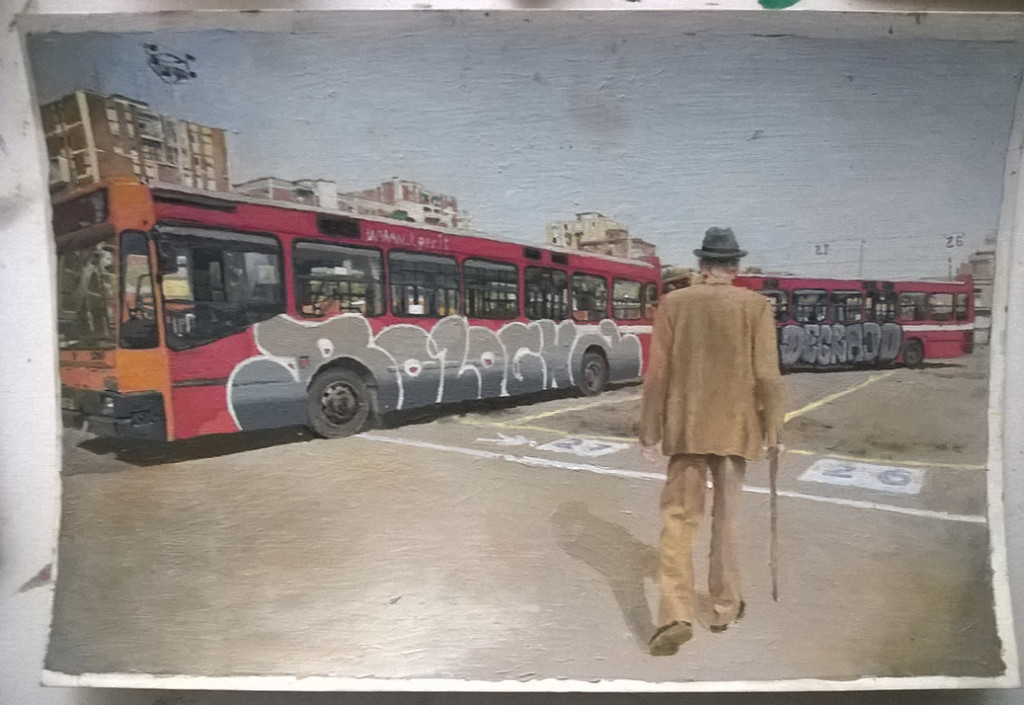 Today there is much talk of hybridisation of language, encroachment, interdisciplinary and multidisciplinary crossover. The progress of rep ruction’s technologies (print, photography, video) has led art to move away from representation and towards real life, and ultimately to interference in biological processes as a form of artistic expression.The exhibition AILANTO. Padiglione Tineo, investigates the reverse, and equally radical, process of virality, in other words the way in which something can expand naturally and uncontrollably, which in plants, certain diseases, and some artistic forms – such as the graffiti writing considered here – follows a very similar growth curve. 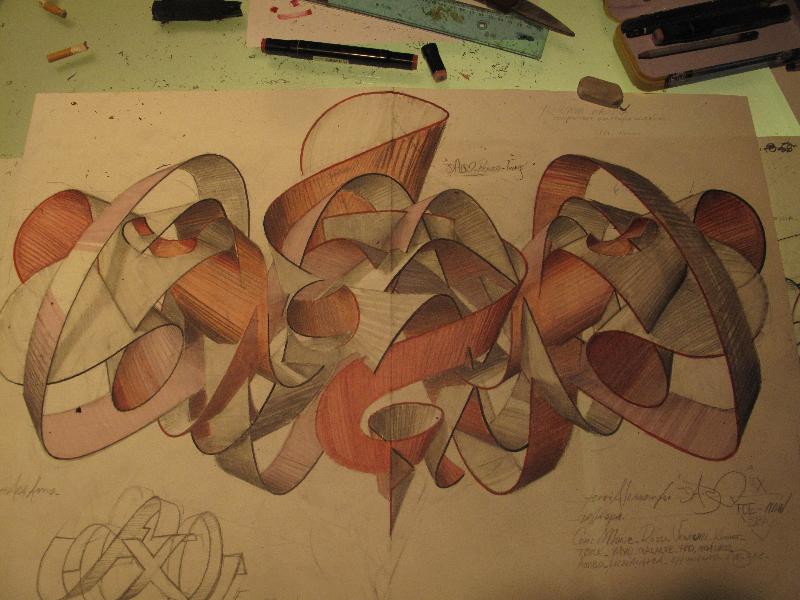 More specifically, the exhibition – as we read in the press release – hinges on a poetic metaphor which has repercussions in the sphere of criticism; the parallels between a non-native invasive plant species, the ailanthus, and certain artistic languages which have become widespread since the eighties. The very name of this plant is fascinating in its own right, shrouded as it is in magical, miraculous and spiritual connotations: its Latin name is Ailanthus altissima, while in Italian – and English – it is also known as tree of heaven. Originally from China, the species has spread all over the world, particularly the United States. In Europe it was introduced in the 18th century as a garden plant, but since then has travelled widely, from England to the Mediterranean. Its presence in Italy has grown exponentially in the past three decades (approximately the same period as the spread of graffiti writing from the United States to the rest of the world), thanks to the progressive abandonment of urban and suburban areas. In some of ailanthus’ properties, indeed, profound connections can be found with the germinative approach to art adopted by Cuoghi Corsello, who lived in disused factories from 1994 to 2005; alongside an evocative shared habitat linked to abandoned places and similar settings as the spaces used for writing: trains, platforms, stations, abandoned buildings, perimeter walls. “The ailanthus is a symbol of an artistic diversity that represents an alternative to ‘official’ art, and is therefore inclined to spread rapidly in the most disparate habitats and at various latitudes, just like writing and other artistic expressions born of urgent need like spontaneous seeds” (Fulvio Chimento). 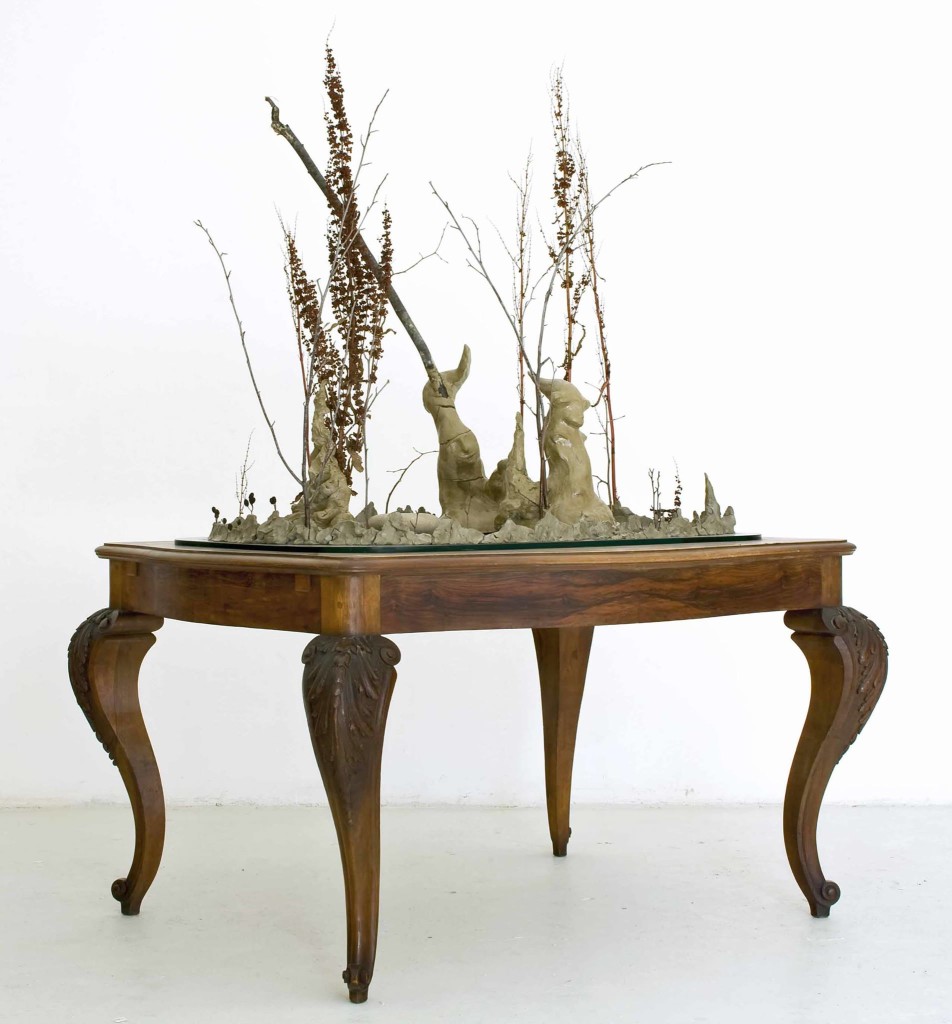 Ailanto was exhibited in February 2016 at the Biblioteca d’Arte Luigi Poletti, and now finds a natural home in Palermo’s Padiglione Tineo, a venue which enhances the modus operandi of the artists involved. Ailanto (Padiglione Tineo) is in fact a show designed deliberately for this space; the artists actually requested permission to use materials gathered from the Botanical Garden to further enrich the exhibition. The Pavilion is imagined as a unifying work, an “open-air greenhouse”, a place in which an experience takes place which cannot be replicated: an exhibition that “breathes”. The artists also play casually with the empty spaces in the venue and with certain linguistic polarities: abstract and figurative, sculpture and installation, male and female, classification and improvisation, the line of a pencil and the splatter of a spray can. Art is interpreted in a cumulative sense, akin to transformation, abandonment and rebirth following elimination. The pavilion’s display cases also contain various scientific publications with drawings and explanations specifically relating to invasive plant and herb species, taken from the collections of the University of Palermo’s Herbarium Mediterraneum and Library of Botany, and entomological tables provided by the P. Doderlein Museum of Zoology. All this exquisite material dialogues with the oil paintings, photographs, notebooks and sketches on paper created by the artists. 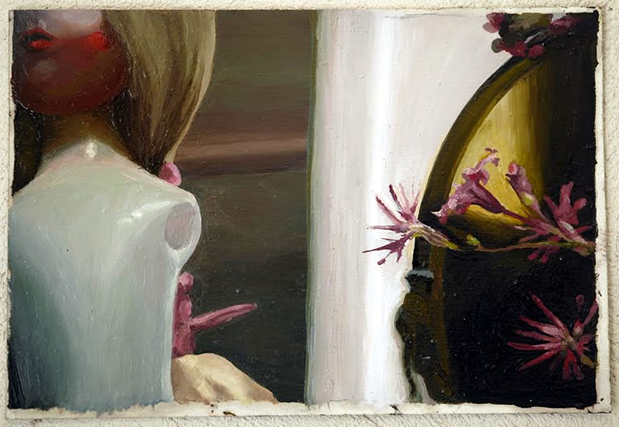 With Ailanto, Cuoghi Corsello’s artistic collaboration with Dado is enriched with new episodes, at a moment more than twenty years after their first encounter – two decades which have seen Dado become one of the greatest writers, as well as one of Italy’s most knowledgeable experts on the artistic theory behind the discipline. In Palermo he gives proof of this, partly with his astonishing sketches on paper, but also with the various styles and formats that make up his treatise – entitled Style according to Dado – a unique volume shortly to be published by the Sociology Department at the University of Trento.