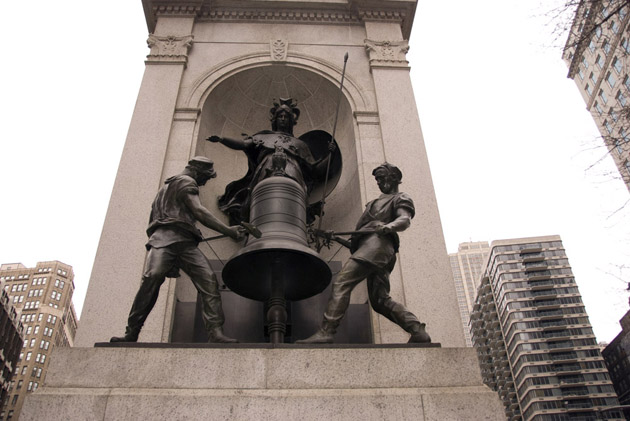 On 10 August the MoMA opened  its doors to “Soundings: A Contemporary Score”, an exhibition to listen to on the first place, but also to look at. This is the first exhibition at MoMA to be entirely devoted to sound. In the spotlight is the work of sixteen of the most innovative artists on an international scale, some still little known outside the specialized field.

Sound is now part of many installations and technologies, today assimilated in the work of a variety of  artists, more than you can imagine. It ‘also true that when the technique is admittedly the core of attention, and when this technique is linked to a very ephemeral nature, embarking on similar projects becomes an extremely courageous act, this time signed by a well-known specialist in the field. The exhibition is, in fact, edited by Barbara London, today associated curator of the department of media and performance art. For the MoMA she pioneered programs of exposure and capture videos at the beginning of the Seventies.
Through art, architecture, performance, computer art and music, the show declines the various facets of sound through immersive sound environments, interactive projects, listening to recordings, installations and drawings. Among the artists, we find the Scottish Susan Philipsz, winner of the Turner Prize in 2010, who, on the last edition of Documenta (Kassel, Germany2012), one of the most significant art events on a global scale, moved visitors with her Study for Strings (2012), interpretation of the symphony for cello and viola for twenty-four instruments composed by Pavel Haas in 1943 in a concentration camp.

We could not miss the work of Stephen Vitiello, pioneering and brilliant artist that the sound – often captured in the wild – has dedicated his research. The bells of his A Bell for Every Minute, will be ‘heard’ outside the museum, in the Sculpture Garden.
A brave act, I said, of this exhibition, also rich of collateral events and, I would add, a very important step if you consider that the exhibition is accompanied by a catalogue with interviews with artists, interventions of Barbara London and the writer Anne Hilde Neset. It means that the important statement of the exhibition continues its path after the closing date, in the preservation and dissemination of documentation, even more important when the matter of creation is entirely ephemeral and therefore subject to constant change before it comes its announced obsolescence.

5-channel sound installation with aluminum sound map. Commissioned by Creative Time, Friends of the High Line and the City of New York Department of Parks and Recreation.