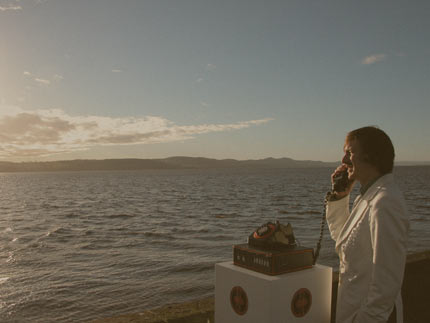 A group of students at the University of Dundee (Scotland) has rediscovered examples of interactive technologies which have passed through the era of modern digital technologies and has created, with the guidance of curator Graham Pullin, the “Museum of Lost Interaction”. After the restoration of these instruments to make them functional again, they have created exhibitions that travel through the technologies from 1900 to 1970 and have gathered images and videos of the times, making them available online.

The technological inventions that history has produced are necessarily the final chapter of previous research and discovery whose journey they have traced. In particular, progress in telecommunications (from the telegraph to cell phones) and in interactive digital technologies has taken increasingly larger steps in ever-shorter time periods. This speed of progress, together with the high costs of preservation and documentation, has led to many of these inventions being forgotten as rapidly as they were invented.

Taking a look inside the “Museum of Lost Interaction” we discover, for example, that at the beginning of the 20th century certain luxury hotels and cafés in London had a Richophone, an interactive game played using telephones in purpose-made cabins, and that by 1925 it was already possible to download songs through the Acustograph, precursor of today’s iTunes and Napster. How many remember that in 1952 the Zenith Radio made it possible to listen to music while walking?

History tires of keeping pace with the documentation of the development of technologies substituted in short order with new products and then quickly forgotten. The first multimedia telephone, Pester, produced at the beginning of the 1970s, which had not only a cassette player but also a camera and interactive games, was replaced in toto by the cell phone of the 1980s. Comparing the two it is not difficult to see that the design of Pester had a profound influence on the design of more modern devices.

The site, with simple graphics but high-quality content, was created in 2006 on the occasion of an exhibition resulting from student research at Interactive Media Design in Dundee. As a complementary tool to make the content of the exhibition accessible, this ‘archaeological museum’ has become an important and current document that, until now, has resisted the obsolescence of time.