AUDIENCE ON STAGE at Larcen C

What noise does silence make?

When silence becomes familiar. You realise that it is not actually silence. Your ear gets used to it, becomes sensitive and starts to perceive noises which are less distant and muffled. And the sound becomes nearer and the rhythm faster.

Everyone has had the experience of moving around in the dark at some point – an initial feeling of discomfort, a destabilising experience. Then through force of habit the pupils become dilated and the eye gradually becomes accustomed to the lack of the light, so that it is hardly needed any more. What colour is darkness? 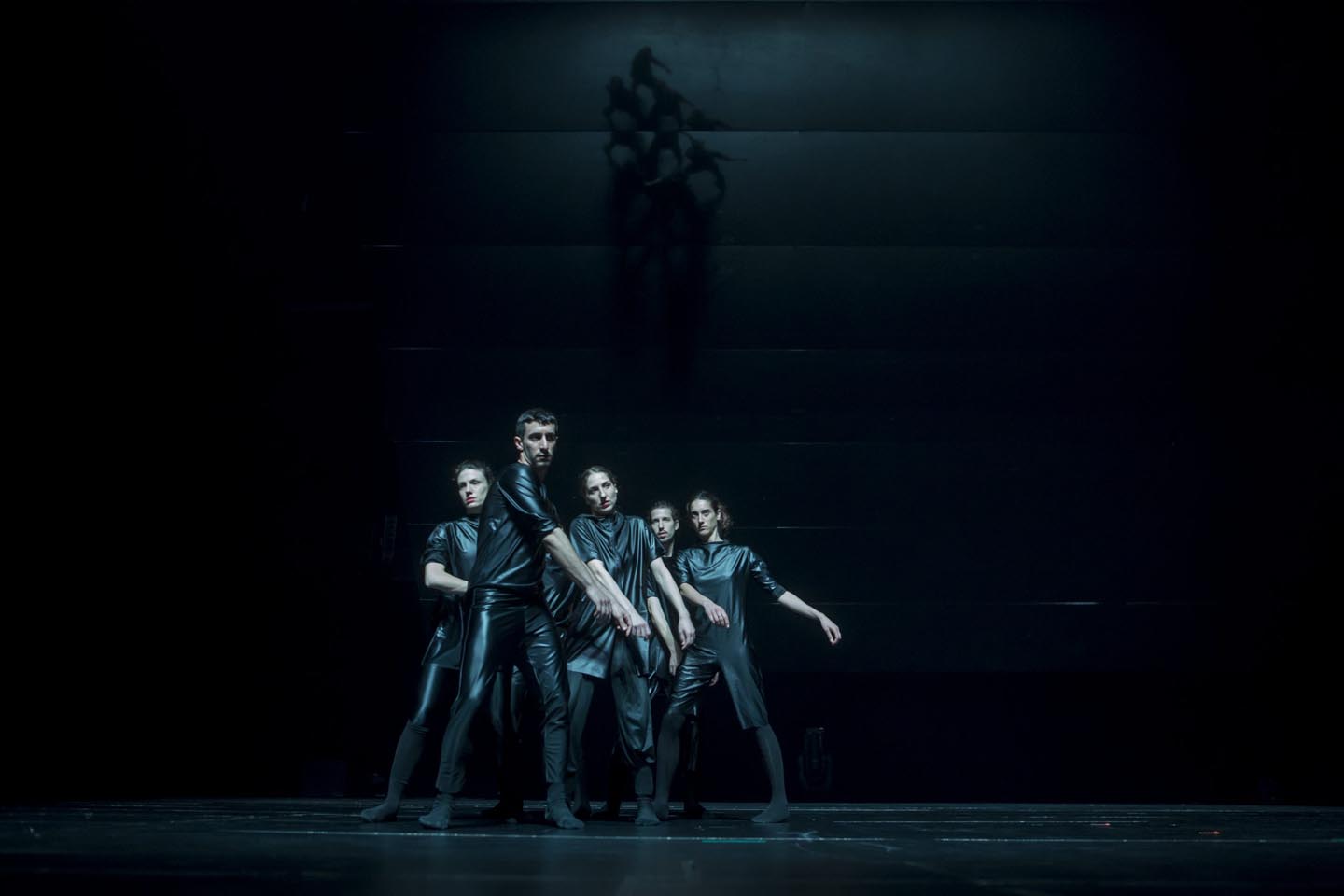 Larcen C by Papadopulos is a sinuous, perpetual dance: a continuous multiplication of bodies, moving fluidly, almost in unison. And the scene flows, the movements are amplified, and the darkness becomes less dark.

Nature which appears in its fragility.

The choreographer’s intention is to stage the majesty of nature worn down by human action. And it does so by borrowing its title from geography. Larcen C, a glacier along the east coast of the Antarctic Peninsula, is imperceptibly disintegrating and collapsing as the planet continues to warm.

Human action is represented by the ever-increasing rhythm of the music, pounding and repetitive to the point of obsession.

The marvellous costumes are made of silky, shiny and ethereal fabrics that reflect light, that live on light, leaving small parts of the performers’ bodies uncovered. In this way a pink forearm, a calf and a stomach appear to be the only points of colour in the scene. The pink of the flesh against a black background, on dark, iridescent fabrics testify that the scene is not empty, that the space is inhabited and that human action continues.

There is still precision in the lighting, so much so that the spectator is enchanted by fascinating Chinese shadows. Almost hypnotised, you get distracted by the dance, the bodies and the music and begin to follow the flow; bodies are projected onto surfaces and at the side of the stage down to the stalls the deformed movements of things can be seen. 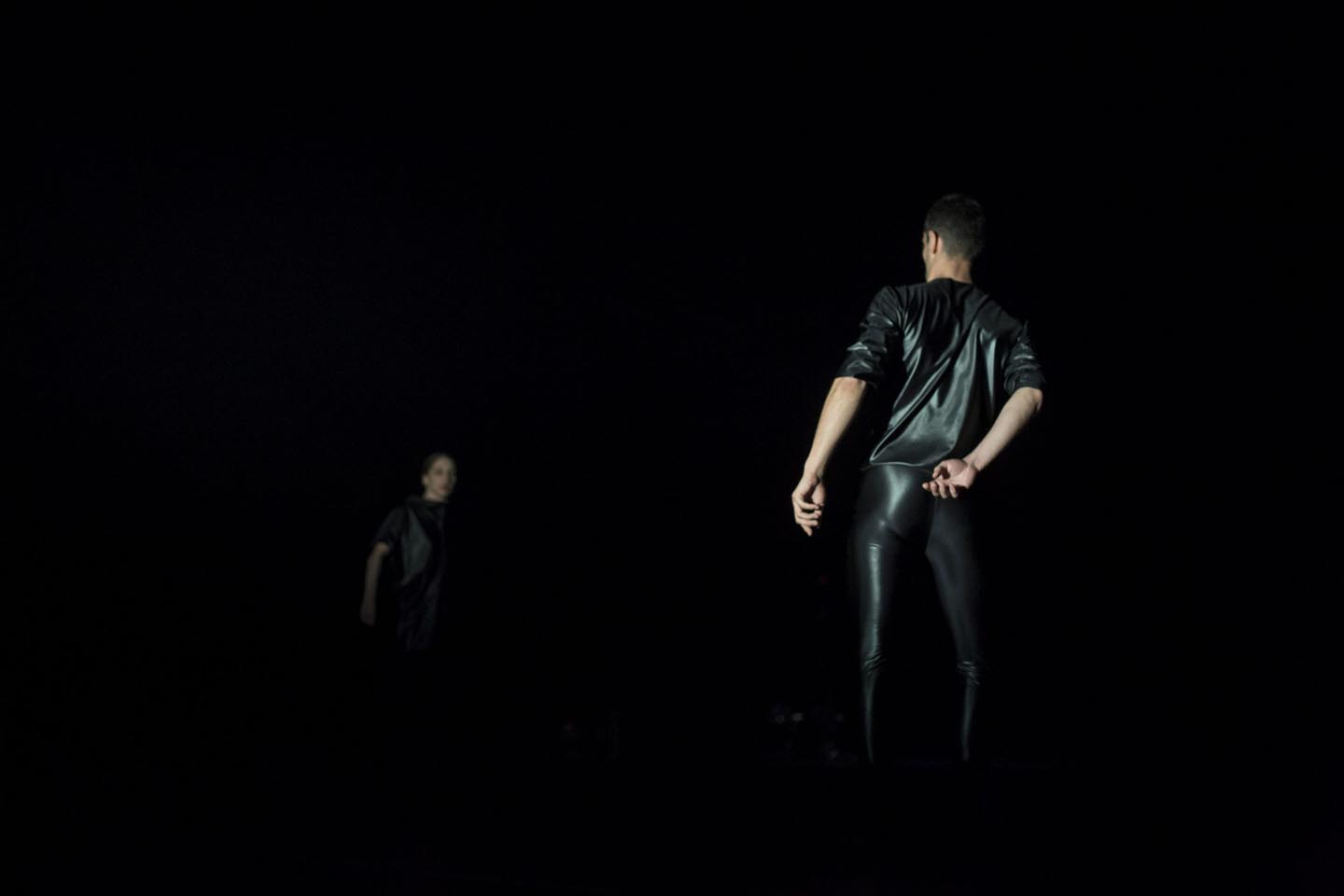 The white of the light and the black of the scene – non-colours prevail. The darkness starts to become less dark and the black less black. An almost spatial light, appearing less distant and ever more intrusive. The same non-colours and cold light as in Kubrick’s Space Odyssey, almost as if to foresee the end of the show.

The music becomes less monotonous and repetitive, the movements reflect the sound and the bodies of the performers appear in their totality against the light.

What noise does silence make? What colour is darkness? 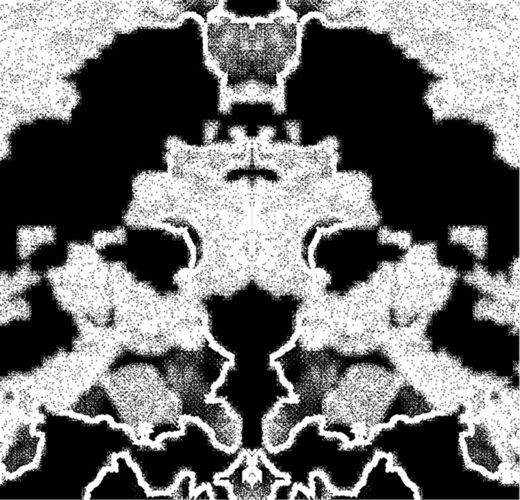 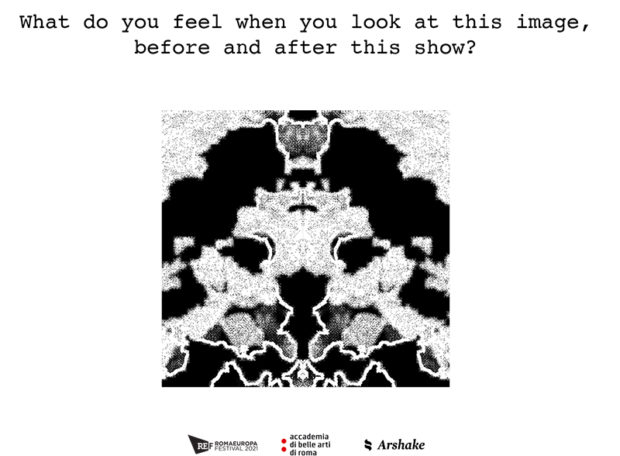 images (cover 1-3): Christos Papadopoulos, Larsen C,  © Pinelopi Gerasimo for Onassis Stegi (4-5) images realized for AUDIENCE ON STAGE: Letter to the emancipated spectactor in order to investigate his her paths of imagination.

Text and video of this article were realised on occasion of Larcen C by Christos Papadopoulos at Audiotorium Parco della Musica on November 16 2021, within within Romaeuropa Festival 2021 as part of  AUDIENCE ON STAGE, fourth edition of BACKSTAGE / ONSTAGE ‘, a multimedia editorial project realised in a partnership  between the Rome Fine Art Academy, Romaeuropa Festival and Arshake.