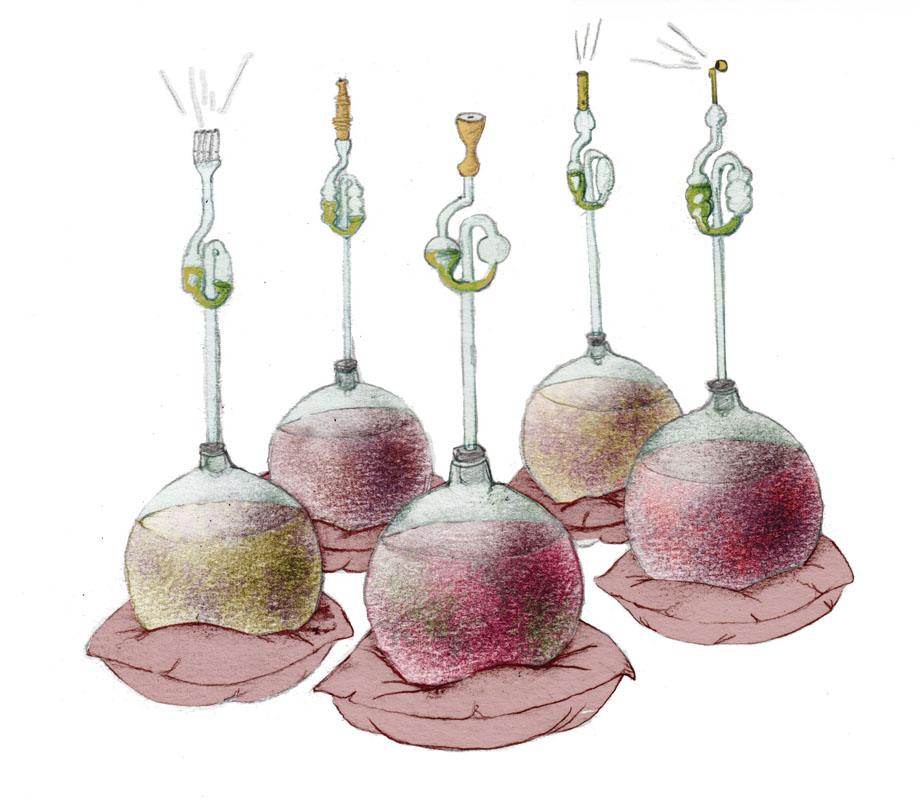 One of the symptoms of progress, rarely discussed but increasingly demanding attention, concerns our need to attune ourselves to nature on frequencies which have lately been disturbed by countless layers of computer noise. For some time, artist Hilario Isola and sound designer Enrico Ascoli have been exploring this listening, approached experientially and with a focus on process. Their individual research and their portrayal of shared themes in complementary formalisations (visual for Isola and sound for Ascoli) have recently found common ground for their output.

Particularly interesting among their projects is the performative installation Auspicio, presented recently at Rome’s Museo MAXXI as part of the Cucina Pianeta exhibition by architects Luigi Greco and Mattia Paco Rizzi, and in the context of THE INDEPENDENT FOOD project, consisting of a series of themes linked to food, which runs until 13 November.

Three large glass flasks containing fermenting wine must are placed on embroidered cushions. The carbon dioxide generated by the fermentation rises through slender glass tubes to a series of small ampoules filled with honey. The honey receives the carbon dioxide and moulds it into bubbles which burst, giving voice to bird hunting lures. The work is perceived emotionally and cognitively through the sense of hearing, as the viewer listens to, and consequently sees, the fermentation of wine. 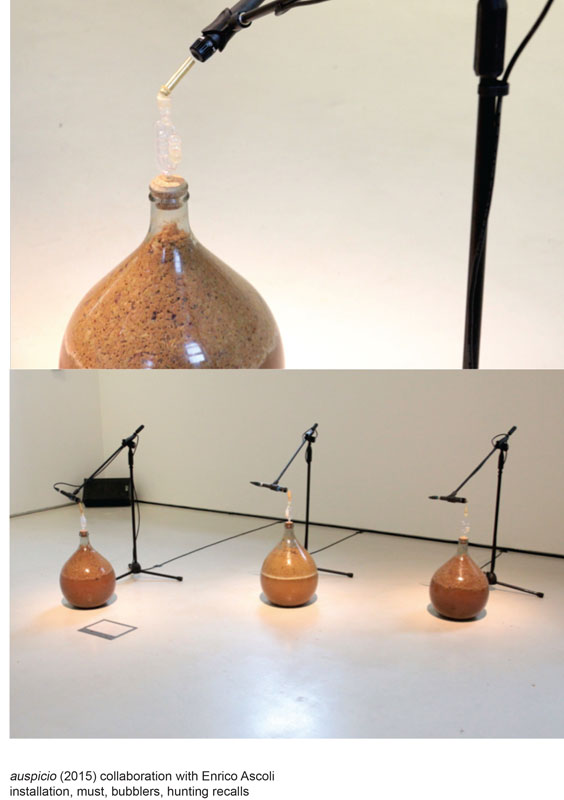 The wine becomes a substance moulded by its own natural process, eluding the intentions of its creators, who prepare the stage and – yes – stimulate the transformation, but then allow it to take its own (unforeseen) course. Besides filling the small ampoules with differing quantities of honey, with the corresponding variation in the fermentation process, there are also a number of invisible environmental factors, such as the temperature of the room, which have an equal bearing on the outcome.

And thus carbon dioxide ferments and becomes breath, the breath of life translated into sound, amplified by microphones and transmitted in real time, through headphones for visitors who attended the web event broadcast by Radio Papesse on 28 October 2015.

Organic intervention in nature and its processes of transformation could be considered as an “auspice”, and eventually as the driver of a transformation geared to the search for new equilibriums, between nature and artifice, progress and history, including the history of the ancient practice of augury, where auspices were taken to divine the future by the observation of bird behavior. Technology is isolated from the production processes, yet is engaged as an instrument for amplification – of sounds, but also of vision, which expands to involve all the channels of perception. 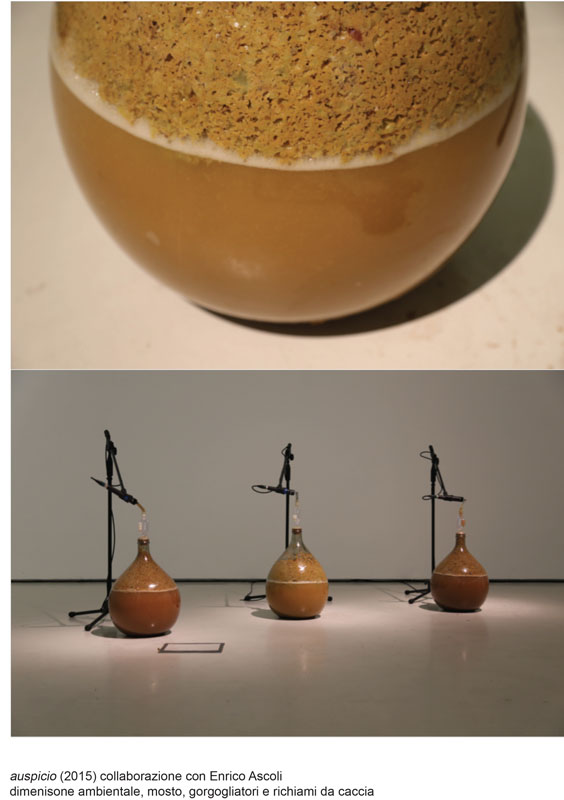 The project was presented at the MAXXI on 28 October from 15,00 to 17,30 by Ilaria Gadenz and Carola Haupt of Radio Papesse, in the context of a discussion of topics linked to rural territory as a new tool for transmitting energy, reconfiguring the social space and creating culture through the art of sound. There were contributions by Hou Hanru,  Artistic Director of the MAXXI, Enrico Ascoli and Hilario Isola, followed by a section devoted to Sound, writing, new media: practices and experiences of wine storytelling, which examined the new narrative tools for recounting the ancient theme of wine and its production. The event concluded with an intervention from Leandro Pisano – founder of the Interferenze Festival – entitled From Interference to Liminaria: rural territory as (new) medium, which discussed the renewed dimension taken on by rural territory through experience in the studio and research on the ground.

This event was produced as part of THE INDEPENDENT FOOD, curated by Giulia Ferracci with the Department for Education, an exhibition project whose food-linked themes and the work of independent groups come together to bring a fresh and different interpretation to food, through the involvement of creative minds, artists, architects and intellectuals. The exhibition will be viewable MAXXI’s Sala Gian Ferrari until 15 November 2015, Please visit here the website for more information about the project.

Bianco Valente. The Book of Words

Videobrasil: Its 19th Festival's edition and a new venue