Arshake publishes, today, the second of five parts of the research project realized by Luca Zaffarano in collaboration with  photographer Pierangelo Parimbelli that realized for the purpose the images that accompany the text.

The evolution of Bruno Munari’s aesthetic thought, as we have already pointed out, begins with the often incomplete theorizations of Futurism in order to concretely experience the construction and fruition of images beyond the boundaries of traditional painting or static sculpture.

We have chosen several images that illustrate the free movement of the elements of the machine. Macchine Inutili (Useless Machines) responds to the principle based upon the concept that painting should be freed into space and transported into a temporal dimension. It is for this reason that Frank Popper has placed them at the origin of Kinetic art alongside the works of Man Ray, Rodchenko and Calder.[1]

Munari’s poetics are not based exclusively upon painting, however. He also invests in the emotional involvement of the spectator with effects of surprise. He experiments with the construction of spectacular environments thanks to the spectator’s inductive reasoning of surprise and wonder.

The mobile elements of the Macchine Inutili (Useless Machines) are aerial forms in cardboard, aluminium, plastic or other lightweight materials. Each of these, without any constraints amongst themselves, participates independently (in both speed and direction of their own rotational motion) in the final composition that can be interpreted as a constantly changing kinetic painting. 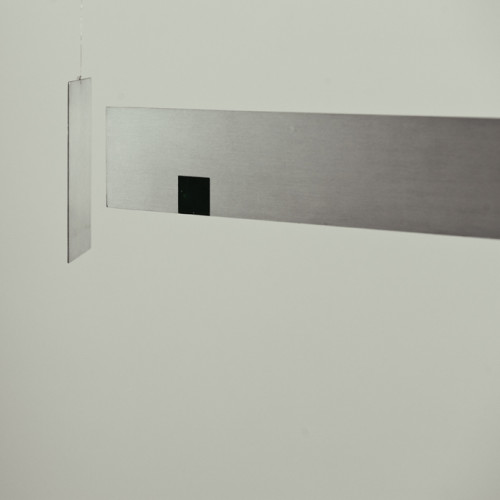 Macchine Inutili (Useless Machines) also serves the purpose of creating an environment, a shelter for the spirit which has been exhausted by the many machines that fill our modern-day lives in useful ways; a shelter in which we can find solace through the poetry of doing and undoing the creative designs by way of the machine’s elements in motion.

We would like to conclude this profile with a brief highlight from the first review of Macchine Inutili (Useless Machines) by critic Luigi Pralavorio published in 1934. His words fully describe all of Munari’s creative efforts in a few short lines. «Naturally, the audience asked about the reason for this invention. And Munari explained how he arrived at his ‘useless machines’ following his disillusionment with painting. Painting, notwithstanding many efforts to be free of old forms and the abused inspirations that the artist may make, it remains completed art and (for the purpose of an absolutely new artistic expression) an art polluted by the past and by glory. In order to express something new with originality, one needs a completely new art form. We have already discovered that film has replaced any other form of performing arts in a marvellous way: we need to find other forms of artistic expression to replace painting and sculpture. The useless machines are an attempt to do so».[2]

The most easily «read» formal feature of a Useless Machine is that of its abstract geometric structure. The elements are all harmonically related and have basic shapes like squares, rectangles and circles (and an occasional sphere) that are painted with flat colours, i.e. colours with no expressive characteristics. These creations take their rightful place in the territory of concrete painting, built around forms and colours which have nothing to do with nature and the outer world. These are the concretization of an aesthetic idea (the origin of the name «concrete art» is derived from this concept) and not a representation of something that exists in the outer world. Munari explains his goal with these words: «Personally, I thought that instead of painting squares, triangles and other geometric forms which still had a realistic feel (take Kandinsky, for instance) it might be interesting to free abstract forms from the staticity of paintings and suspend them in the air, joining them together so they might inhabit our environment with us, sensitive to the actual feel of reality».[3] 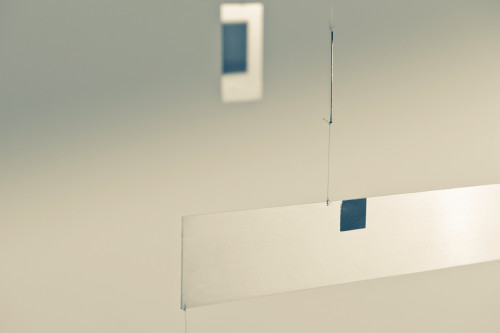 The final composition could be interpreted as an abstract painting floating in space. The elements of the machine in these reproduced frames have basic geometric shapes with very little paint. Colour in the composition is reduced to the bare essentials.

The City of Milan and the Museum of the 20th century are dedicating a retrospective to visionary and versatile artist Bruno Munari (1907-1998). Starting from the analysis of his series of Macchine Inutili/Useless Machines Luca Zaffarano reconstructs a full portrait of the artist that Arshake will be publishing on a weekly basis. The Useless Machines reconnect with the many aspects of the artist, illustrated by unpublished photographs by Pierangelo Parimbelli.