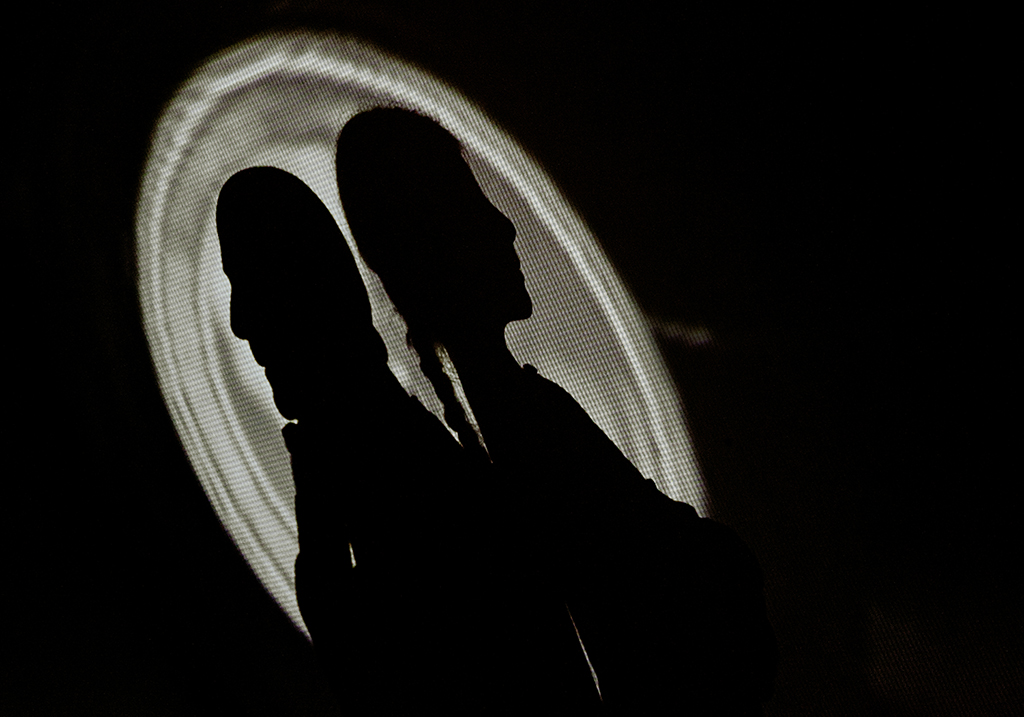 Claudia Quintieri (b.1975) is a journalist, writer and artist. Her works have been presented at such institutions as Rome’s Palazzo delle Esposizioni, MLAC- Sapienza University of Rome’s Museum Laboratory of Contemporary Art and the Abbate Studio. Claudia gave us an interview via e-mail in which she tells us about some of her works of art, her relationships with videos and technology and her critical view of contemporary culture.

You began your career as an artist, journalist and writer. How do you relate your visual art to your writing, if “relating” is the proper word to describe this rapport? Would you say that one is an externalization of the other?

The canons of journalism and literary writing are completely different from one another. My journalistic language uses specific terms that regard a professional context to express the substance and aesthetic qualities of someone else’s creation. Writing is my own creation and it is handled with a language that is intimate and introspective – the issues are ones I hold very close to my heart. Moreover, a sentiment is developed when writing that feeds upon my inner being while journalism takes a critical approach. Experimentation with videos gives rise to creativity with imaginative attributes and the image becomes a fundamental vessel to convey a message. When making a video, I start off with an idea which is always developed in its own special way depending on what I have in mind. Every idea is not connected to the one before it: this is what gives my work diversification in style and content. These three forms of expression do not depend upon one another; they each have origins and forms of their very own. 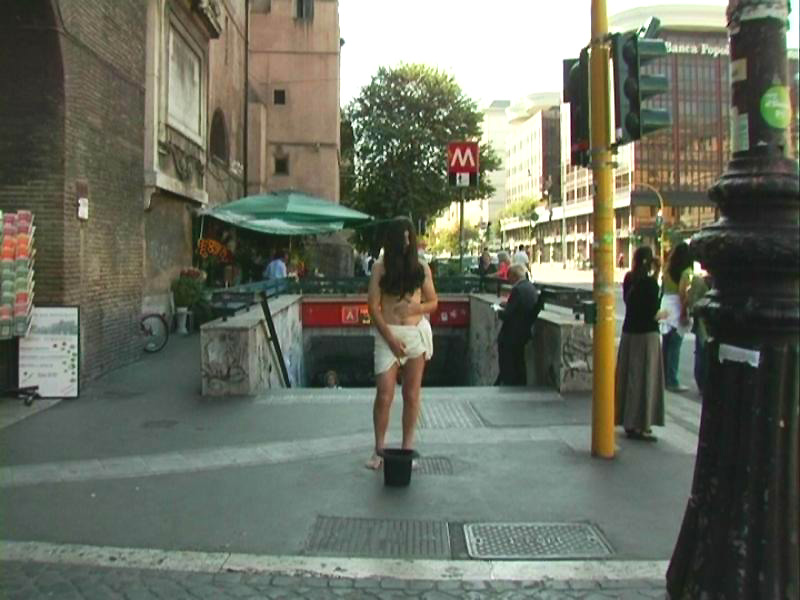 In 2010 your work Venere Metropolitana (Subway Venus) was depicted at MLAC- Sapienza University of Rome’s Museum Laboratory of Contemporary Art as part of the Art@network exhibition. Can you talk about this project and how it relates with contemporary culture?

Venere Metropolitana was actually inspired by a performance I had created for artist and performer Paolo Angelosanto: I dressed Angelosanto up like the Venus in Botticelli’s painting and I placed him in front of the subway station in Rome’s Piazzale Flaminio in such a way that he could beg for change with a 19th century bowler hat at his feet in place of the shell in the original painting. There were two reflections at play here: the first is related to the fact that the inclination towards beauty is often lost in contemporary art. I developed this reflection by using a reference to Venus and one of the subway station, which is symbolic of beauty at times – think of Paris and the Art Nouveau movement – , the reference to the birth of the modern era as depicted with the 19th century bowler hat. I also wanted to emphasize the detachment between contemporary art and the general public by filming people watching the performance who had no idea of what was going on; one girl asked me if “..it was Botticelli’s Venus”.

You presented Daddy. Sogno di una bambina e di suo padre (Daddy. A dream of a little girl and her father) in 2013 at the Abate Studio. Can you tell us about the birth of this work?

Daddy. Sogno di una bambina e di suo padre came from a childhood memory about a punishment from my father that really left an impression. It was transformed into the creation of a tender dance, which is exactly the way my relationship with my father actually is, even if the visceral punishing part remained in the billboards between scenes. The dancers personify a positive feeling while the written words carry a cloudier element. The origin of the work is delineated by a precise episode which I sublimated. It often happens that an idea, a fact or a circumstance is sublimated during the creative process. Daddy is a video-dance structured like a film from the 1930s (hence the billboards); the music is Glenn Miller’s Stardust, the backdrop is the projection of dancers on a 78 rpm record played on an antique gramophone from that era and the costumes and props are also from the same period. I set the video in a time from the past so that the message could get lost in the memory. The exhibition was a double personal show with photographer Manuela Giusto who was presenting stage shots of Daddy.

How do you think technology is intertwined with creativity? Does it have expressive potential? Any limits?

Technology is a precious means when there is an idea behind it.