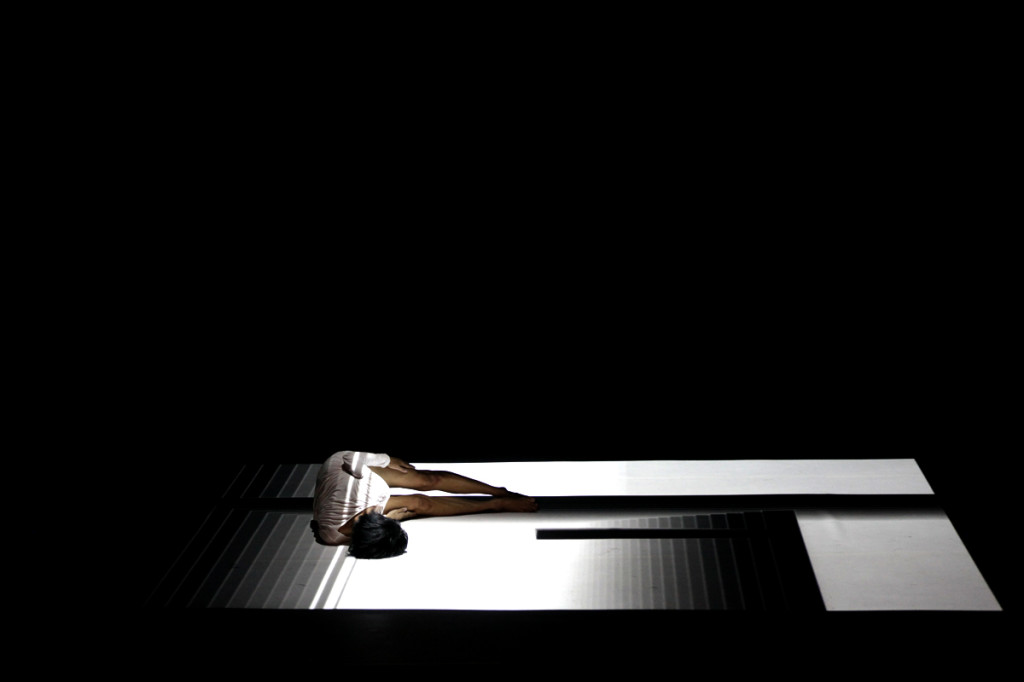 How does the human body react to digital technology? This is the issue raised by young multi-media artist Martin Romeo in The Method, an interactive dance show which will debut on 25 January at Venice’s Teatro Fondamenta Nuove. The project was created in collaboration with the Bevilacqua la Masa Foundation – where the artist is currently in residence -, the Toolkit Festival and the University IUAV of Venice. Digital projections and modern dance are combined in this multi-media and interdisciplinary project where the roles of performer and director become increasingly interchangeable while the public is involved in an all-absorbing dimension.

Two dancers Cristine Sonia Baraga and Andrea Zardi will perform the choreography of Nicoletta Cavassi accompanied by music composed by Stefano D’Alessio. A work of distinctly multi-faceted work will come to life in which interactivity becomes the joining link between dance, music and digital scenery. An installation inspired by this live performance is scheduled that will be purchased by the Bevilacqua La Masa Foundation and displayed in Venice’s Piazza San Marco.

Another interactive show by Martin Romeo, Label, has already been performed. It debuted at Trieste’s Teatro Miela in 2011 and was performed at Venice’s former Chiesa di Santa Maria and Bolzano’s Trevi Cultural Center in 2012. Lastly, it was featured at the Kilowatt Festival in Sansepolcro in 2013. This project will continue during a resident artist programme at the Inside-Out Art Museum in Beijing as of February 2014.

Martin Romeo was born in Carrara, Italy in 1986. He grew up in Buenos Aires, where he lived until his return to Italy in 1999. He has participated in many international festivals including the Festival of Youth Experimental Art Projects in Belarus and the 29th International Sarajevo Winter Festival in Bosnia-Herzegovina. His works have been exhibited at the Capitolini Museum’s Centrale Montemartini in Rome, in Slovenia at Maribor (European Cultural Capital 2012), and various biennale events such as the 54th International Art Exhibition in Venice at the Italian pavilion in Porto Vecchio Trieste and the 15th edition of the Thessaloniki (Greece) Biennale of Young Artists from Europe and the Mediterranean. As the artistic director of Venice’s Toolkit Festival, he has succeeded in creating a meeting point for interactive art in Italy.