LINK Center for the Arts of the Information Age is presenting Marco Cadioli’s personal exhibition Necessary Lines. This Italian artist is one of the experimental pioneers of technology and the first photo reporter for Second Life. More recently, his artistic quest has been focused on a representation of the Universe as mapped by Google Maps and Google Earth.

As stated through the press release, the exhibition’s title, Necessary Lines, is a reference to the definition coined by Carl Andre in 1959 that described Frank Stella’s paintings, summarizing the modernist spirit guiding Stella as he drafted his brushstrokes. Cadioli used this spirit as a source of inspiration for his works currently on exhibit. The images taken via satellite seem to reproduce signs of mankind that are monotonous, repetitive, geometric and very similar to Frank Stella’s colour drafts – representing the very action of a repeated and «mechanical» gesture. 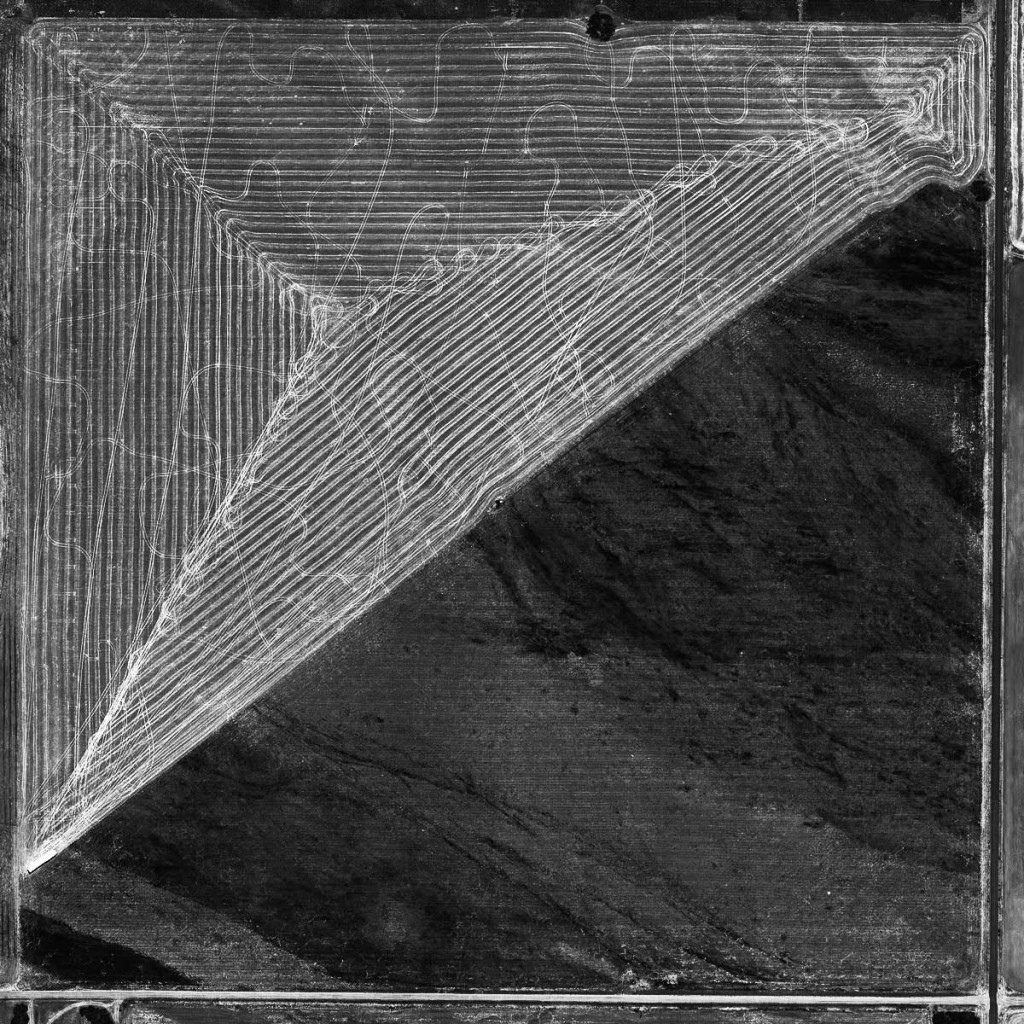 Cadioli’s artistic quest continues…Armed with a camera; he takes on an anthropological path leading him to the boundaries between the real and the virtual. In other words, he is headed for the chain links of a single entanglement where the two dimensions have become interwoven. His viewpoint has evolved from an initial penetration into virtual worlds in order to analyze them from within to an increasingly loftier perspective directed towards the quest for a total vision of a greater extent. What comes to mind is the result that the view of our Earth via the very first satellites has had on modern changes in perception. We are now able to observe our world from progressively more distant angles as well as through digital filters and those of the media.

The many facets of photography and its transition from analogue to digital are included in his book «Snap Shooter», written by Marco Cadioli with the new media theoretician Vito Campanelli.